I have a 'Bezier Circle' and I'm trying to make the object go follow the circle. I add the array and curve modifier then select the circle (scale is set to 1.00 for both the object and the curve) but the object gets distorted. Why is that?

Additionally, I am also struggling to merge the first and last copies when I use Array and Curve modifiers; I tried to able 'Merge' in the Array modifier and I was thinkin that the first/last copies should merge when they get close enough but it does not work. 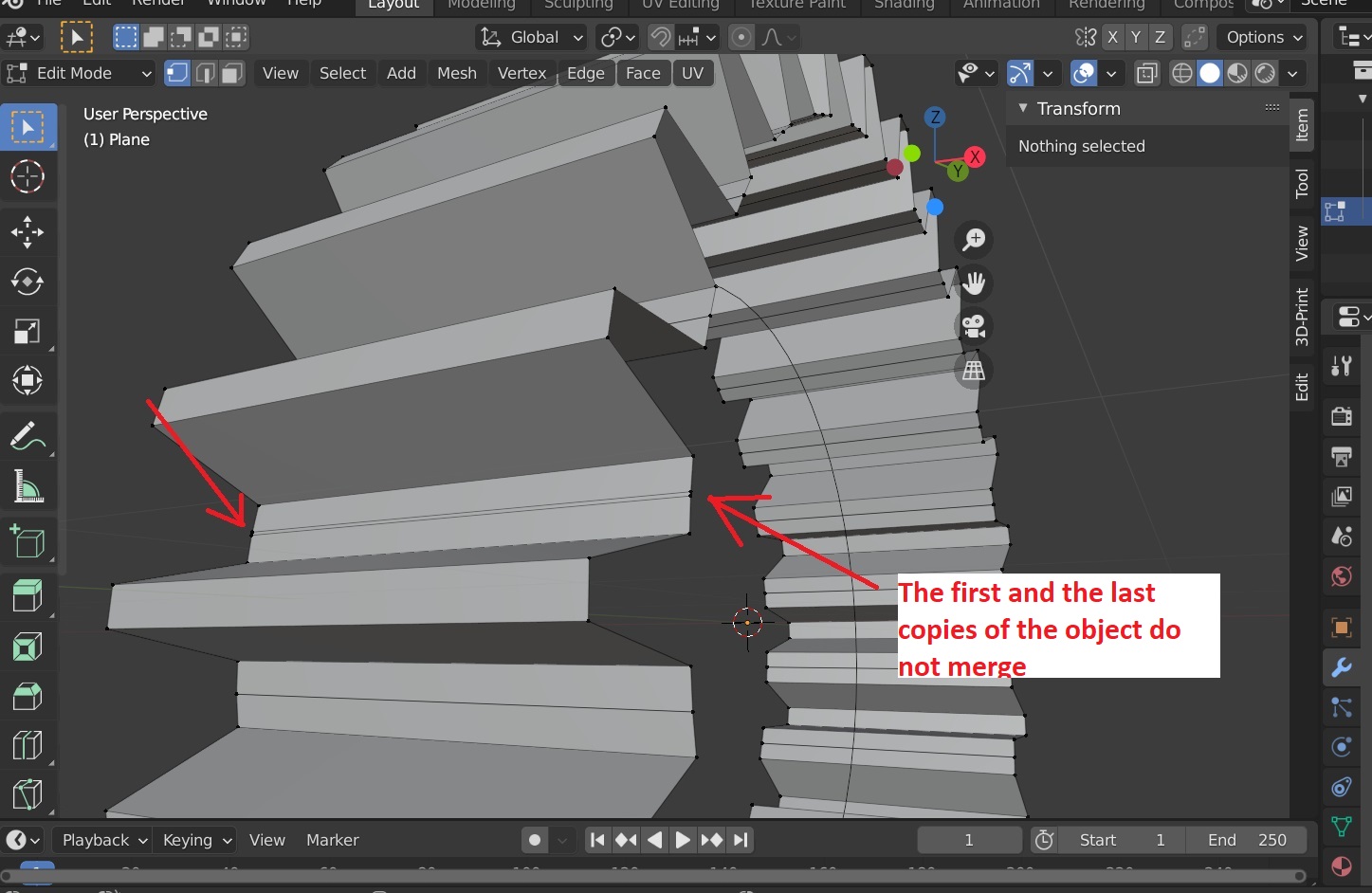 I have found the reason why the object got 'stretched' when I applied the Curve modifier. The problem was that when I added the Bezier curve I scaled it 'normally' and the Weight and Radius did not go back to 1.00 even though I applied the scale. 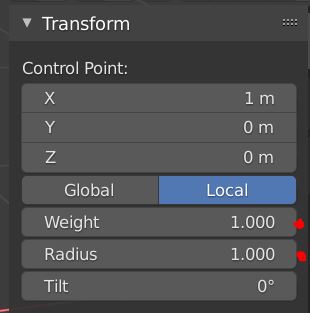 The solution is to add the Bezier curve and then scale by radius.

The problem of merging the last and first copies I solved by using the Weld modifier.

Array and Curve vs Array with Object Offset.

Add default Bezier circle, and on edge mesh a default array modifier, fit the circle and a curve modifier also pointing to circle.

Despite "fit curve" a unit length edge is not a great fit to $2\pi r$ circle & have scaled to produce a regular octagon (close enough) on the unit circle.

As mentioned by @JachymMichael in comment above a weld modifier would be required to merge the last and first vert.

In this example, take the same setup, and in edit mode selected all and shifted in $Y$ such that its object origin is at (0, 0, 0) but it sits atop the circle at radius 1.

An array modifier is added using only object offset. An empty placed at the origin is the offsetting object.

With a count of 4 and rotating the empty by 90 degrees (360 / count) gives us 4 undeformed copies around the circle. The merge of the array modifier will deal with start and end vertices.

Mirror object around a circle?

Not the answer you're looking for? Browse other questions tagged modeling modifiers edit-mode or ask your own question.

43
How to make a circular array using offset object as center?
0
Mirror object around a circle?

6
Problems with Curve Modifier
0
Array modifier - why is the source object tripled?
1
How can I merge the last elements of an Array that fits a curve?
0
Array of array?
2
Array modifier make unwanted offset
0
problem with deformation of curve modifier
1
Blender array modifier "fit curve" when using scaled "object offset"