I have been tearing my hair out over this for three days and I have tried all the options given in previous posts. Whatever I do; bake or no bake, evee or cycles, checking that everything is visible ... etc. etc... but nothing works. 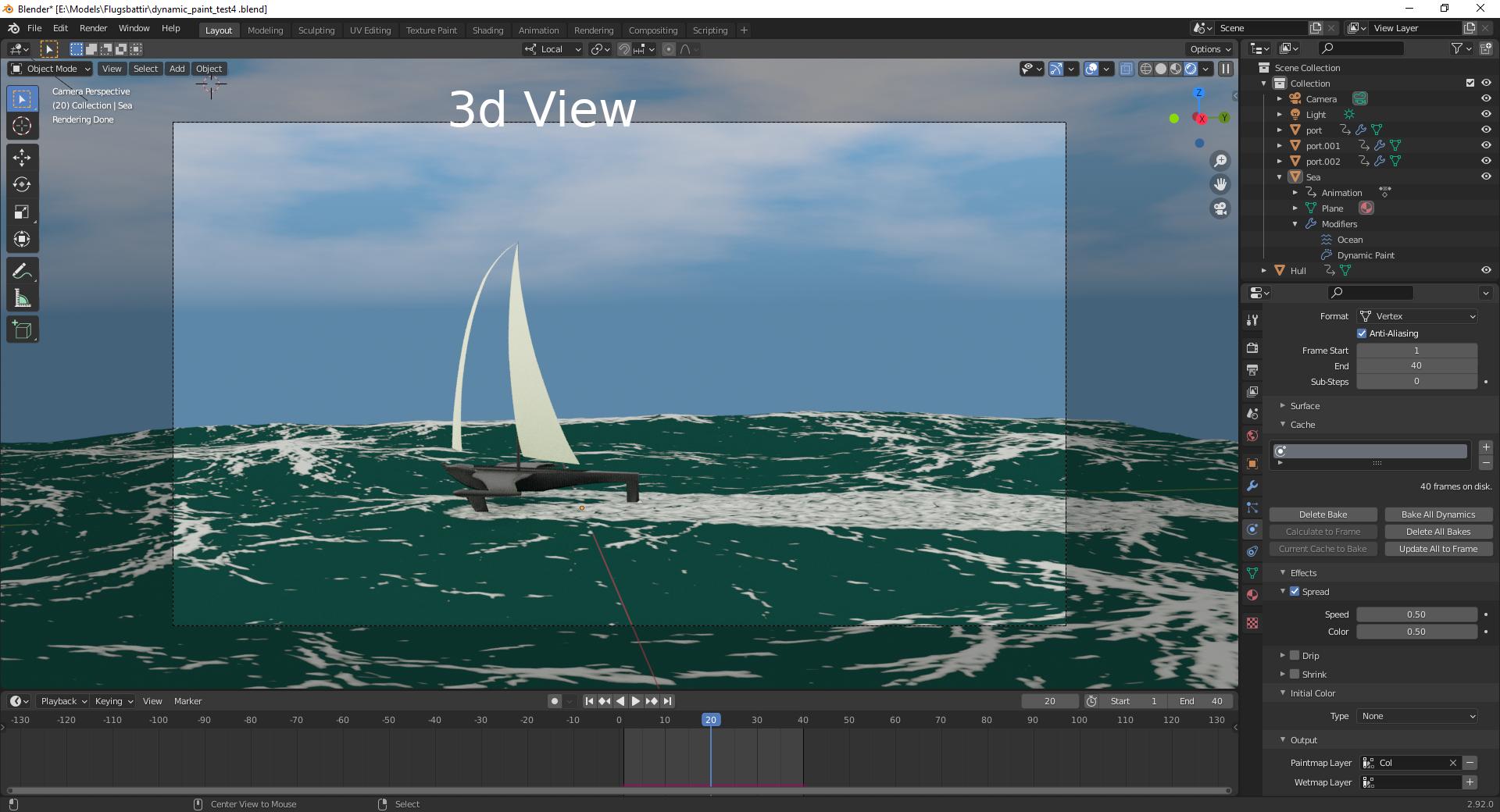 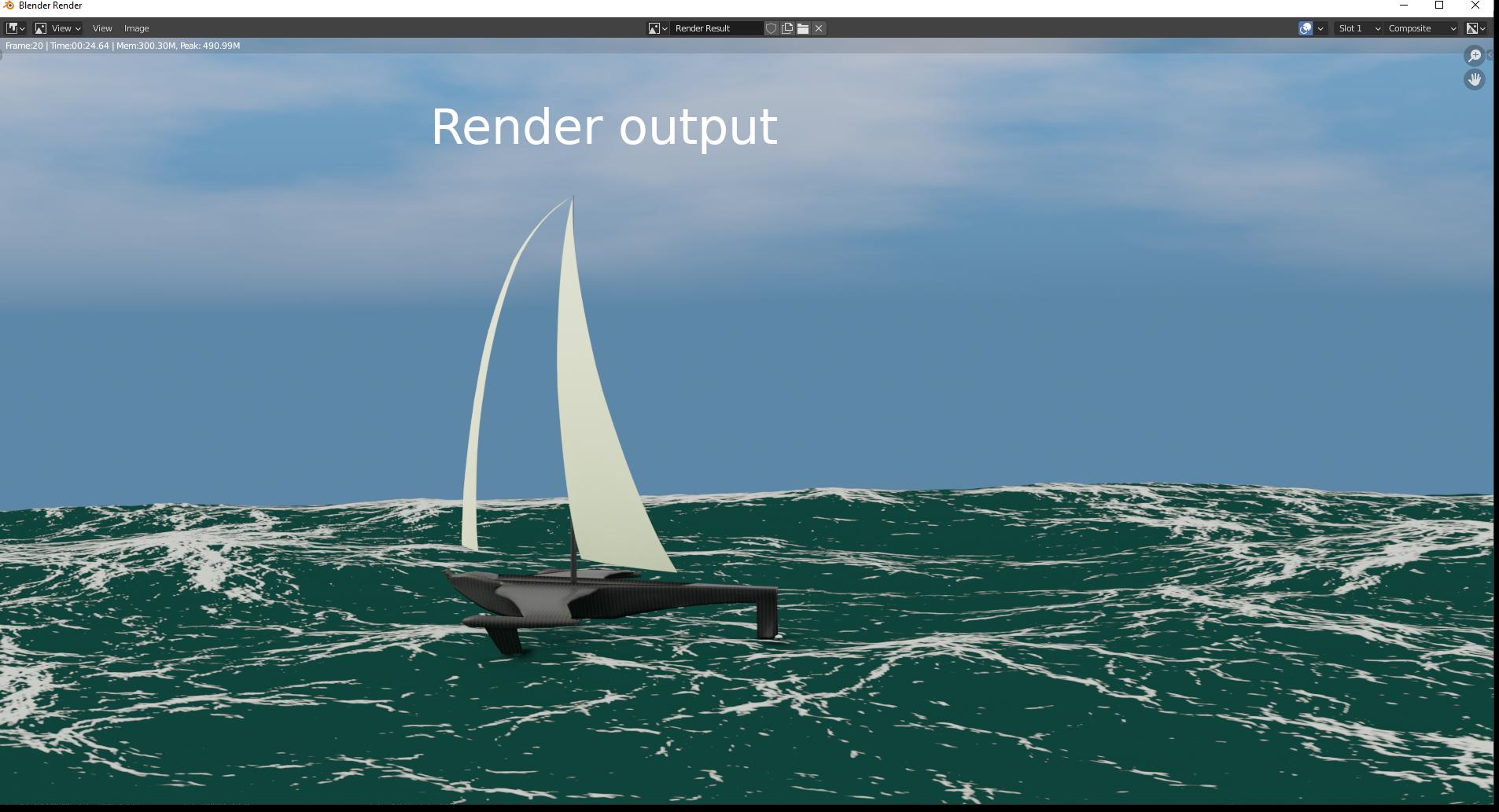 The scene uses an ocean simulation and dynamic paint to create the ship's wake. The scene renders in the viewport but not when rendering. the only thing that I can think of ( and I've tried to diagnose it) is that the paint mask layer (labelled Col) in the shader somehow isn't working in the render... it masks out the wake because it is always blank. 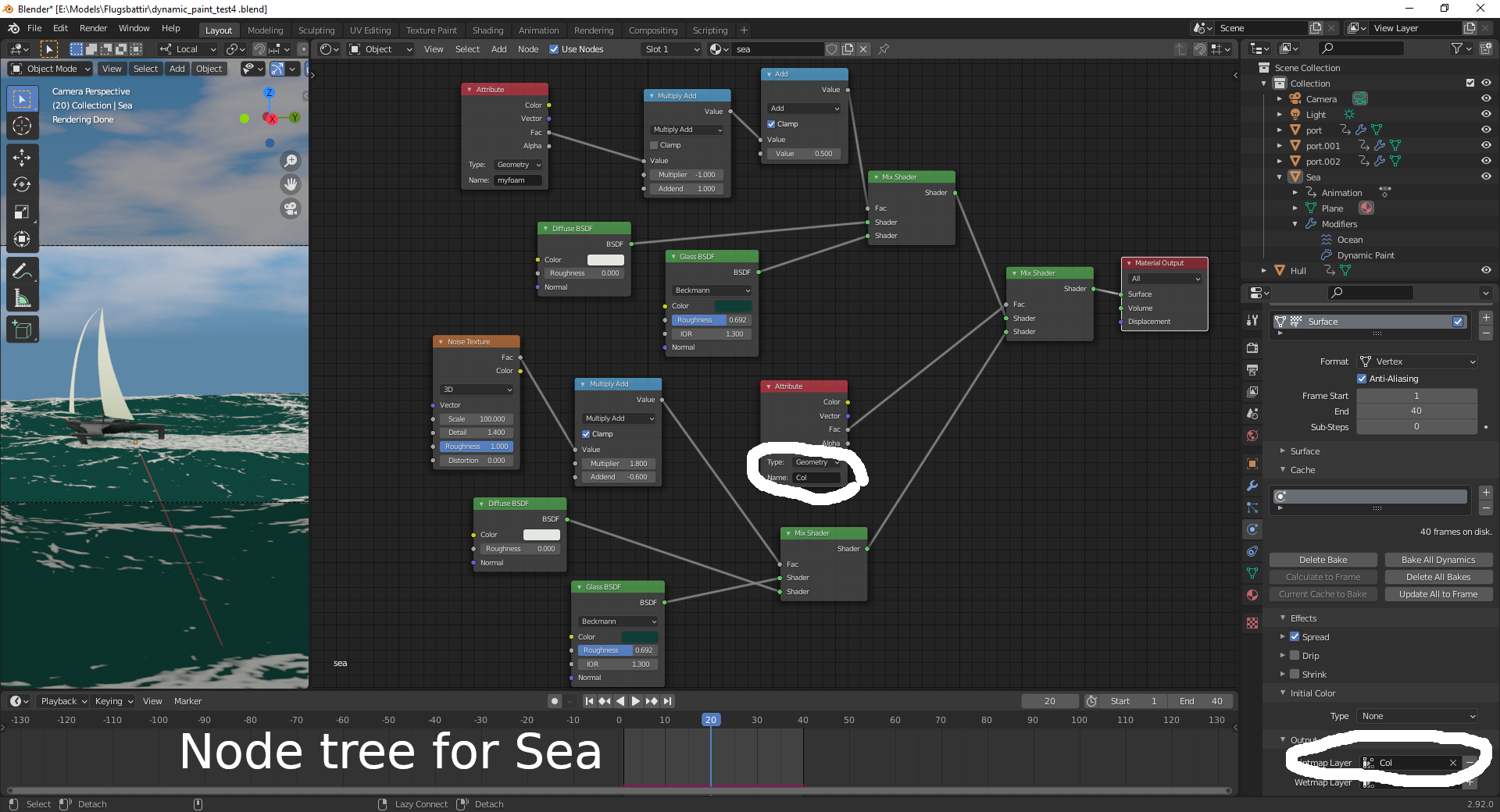 Is there any diagnostic that I can perform other than 'suck it and see' and how do I fix it? I can't see what's being cached because the option to rename the cache doesn't work:- 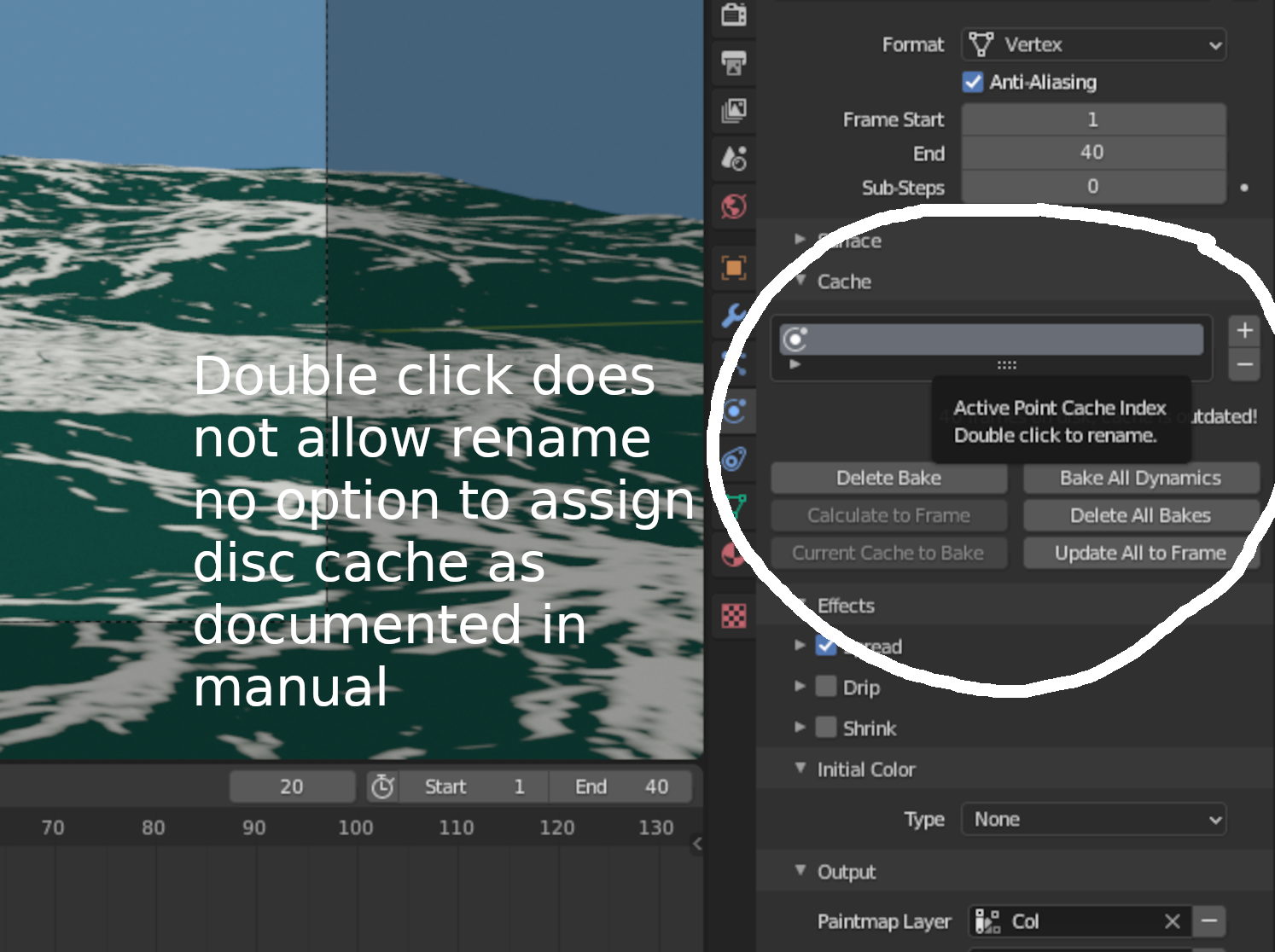 If it helps I can supply the complete 'blend' file. This is the blend file link https://we.tl/t-ov7ubplyZ4

You have set the Geometry option of the Ocean modifier to Generate (default value). I am not familiar with the Ocean modifier but this seems to do very nasty things like removing the dynamic paint from the render but only if you press F12 for the final render. I can confirm that you always can see in the viewport's shading modes (Rendered, Material Preview, and Solid shading) but not in the final render.

This happens even if you have the place the Dynamic Paint modifier after it like you did. If you swap them then the dynamic paint will vanish from all shading views. For the latter case, the documentation gives us an explanation:

Creates a tiled mesh grid that exactly corresponds with the resolution of the simulation data.

When generating a mesh surface, the existing mesh object is completely overridden with the ocean grid; this also includes any data generated from previous modifiers in the stack. A UV channel is also added, mapping the (0.0 to 1.0) UV space to the simulation grid. 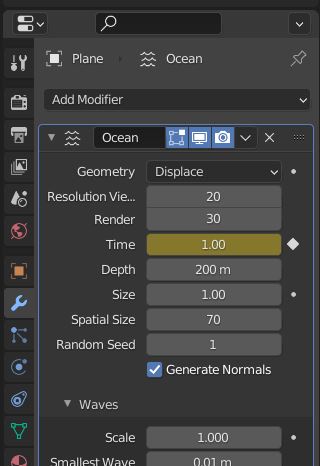 About Renaming the Cache

I could give the cache a name with a simple double-click in 2.93.5RC. But I know sometimes Blender doesn't recognize double-clicks properly. Then I have to do triple-clicks. I've seen the problem once in the Blender Guru's donut tutorial (2.8). He also had trouble there with a double-click and used a triple-click (or two).

Not the answer you're looking for? Browse other questions tagged rendering animation dynamic-paint cache or ask your own question.