How to fold a box?

I posted a question yesterday, today I'm here again with another stupid problem. I'm sorry for the dumb questions, but I'm trying my best to learn how to use the program with what I have (I'm def going to follow some kind of Blender class, If everyone here is available for private online lessons just let me know, my goal is to learn how to create product packaging in Blender).

But let's get to today's problem: 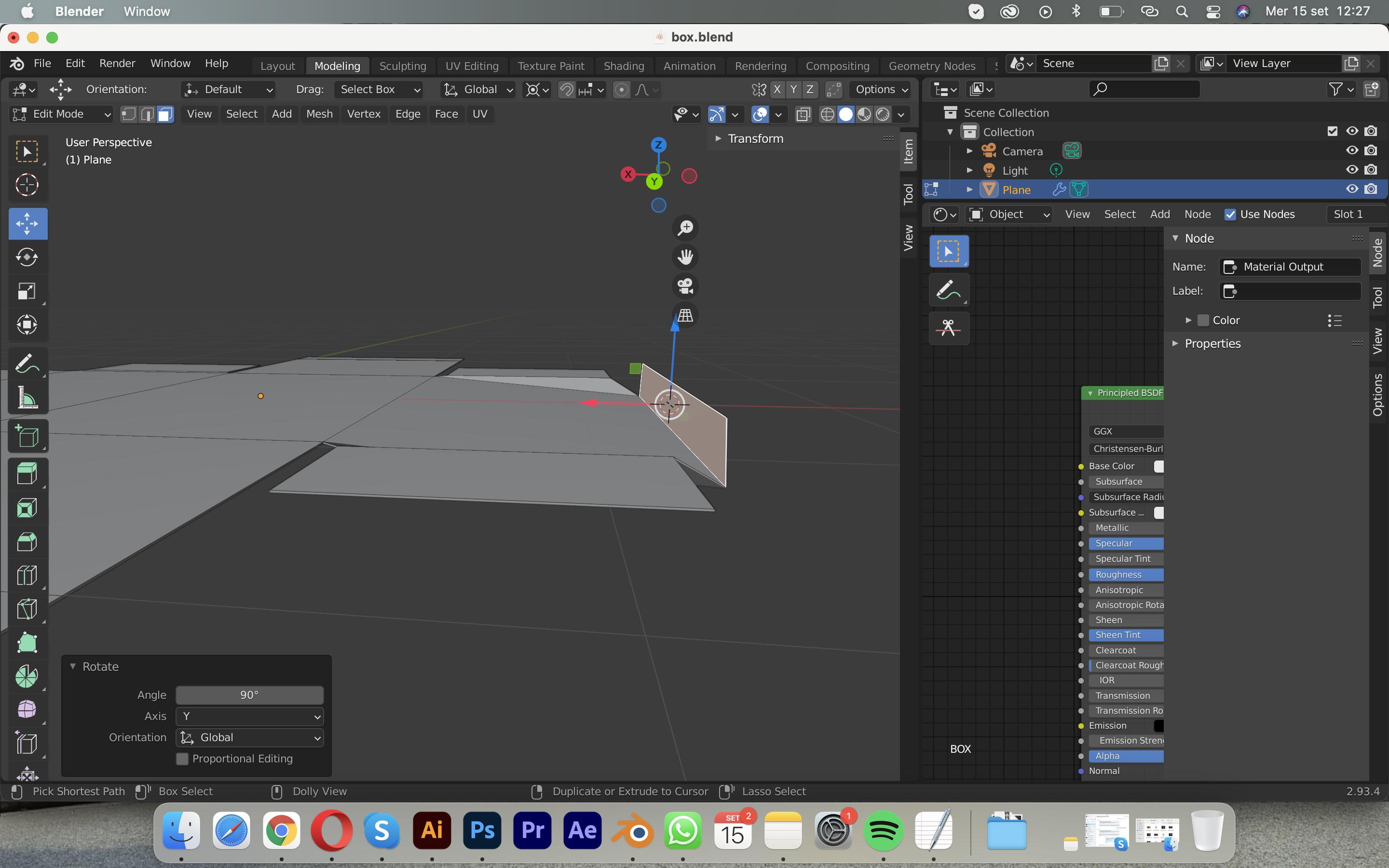 I created the structure of a box, but when I try to rotate the elements of it, to fold it, I cannot do it without changing the shape of it.

I rotate with the 3d cursor on and the snap to the selected object on, but it doesn't work. I tried and tried but can't figure out whats the error.

P.s. Thank you to MirkoCG for the answer to my previous post!!!

Each flap needs to be its own separate object with its origin point at the pivot of your flap.

Back into edit mode with the separated object selected.

Edge select - the edge you want the flap to pivot around.

Hotkey CTRL+S - Cursor to selected, which will move the 3D cursor to the middle of that edge you’ve selected.

Make sure you have scales applied before the next step. Object mode - CTRL+A - Apply Scale

Back into object mode - Right-click on flap - Set origin - Origin to the 3D cursor.

It should rotate around like a door at this point you just have to make sure you're rotating on the correct axis.

The origin is also called the pivot point in other programs and where ever that point is located is where the object will rotate around.

Use shape keys for this. Faces don't need to be separated. Put the 3D cursor at vertices, make it pivot and rotate faces to get the following result:

Not the answer you're looking for? Browse other questions tagged modeling snapping 3d-cursor or ask your own question.

4
How to Parent Bones to the Panels of a Dieline Package (Paper Folding)
7
How to model a burger package with beveled edges?

2
How to fold a plane while keeping length of edges?
0
A Fold-like Brush in Sculpting?
1
When I use 'Shift+B' to Zoom in to box, doesn't work
2
How can i make the cloth fold
3
Snap to closest vertext in object mode goes to bounding box
1
Rigging technique for flexible cardboard packaging
1
Help with modeling issue (Paper folds on the corners of a package)
0
How to move cursor with a sphere and move it to tangent of the base's upper face?