As you can see here, the normals are pointing to all kinds of directions 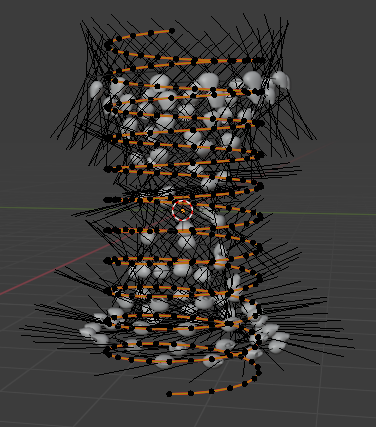 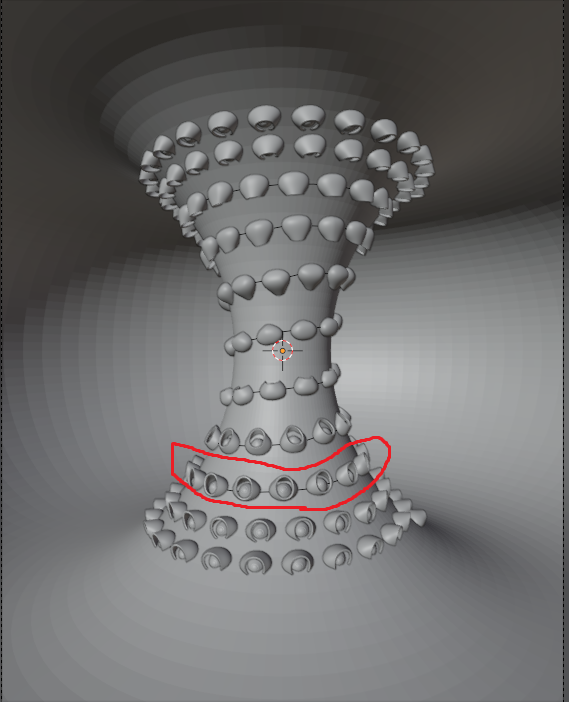 How could I control the normals of the spiral curve or how can I make sure the eyes object is facing outside like the circled row?

Select the curve and in the Object Data > Shape > Twist Method, choose Z-Up:

Not the answer you're looking for? Browse other questions tagged modifiers bezier-curves normals or ask your own question.

3
Local rotation with array and curve modifiers
5
Wrap spiral curve around complex object
2
Make Bezier Curve look like Torus Array
1
How can I use the curve modifier with curves that have sharp corners?
1
How to use script to translate, independently, all control points in a Bezier curve?
1
How do I use the Curve Profile > Helix (3D)
0
Trying to make a rope wrap around a pole using Bezier Curve + Array