How do I make a softbody "want" to be the way it was modelled?

So basically, I'm trying to add a softbody to an object (well, a curve, but same difference as far as I know). But when it's NOT moving, I want it to be in the shape I modelled it in (basically a sort of S). Then when it moves, I want it to bend and follow through on the movement- Then when it's still, go back to that original shape.

I don't think images would really help, so I hope this is enough information. I've been messing with settings all day and I'm scared it's impossible, that S is destined to just... Droop down... So if anyone knows how to do this, please answer!

EDIT: Okay, adding images now after a comment. I've recreated the issue without the entire model for simplicity, and will include the Blendfile for the recreation. I'm sorry for not doing this initially, I'm new to asking forum questions.

So here's how it looks by default, and how I want it to look when it's NOT moving. Basically, the resting position. It's hooked to the empty which is parented to the plane (would be parented to a bone in the model I'd use this for). 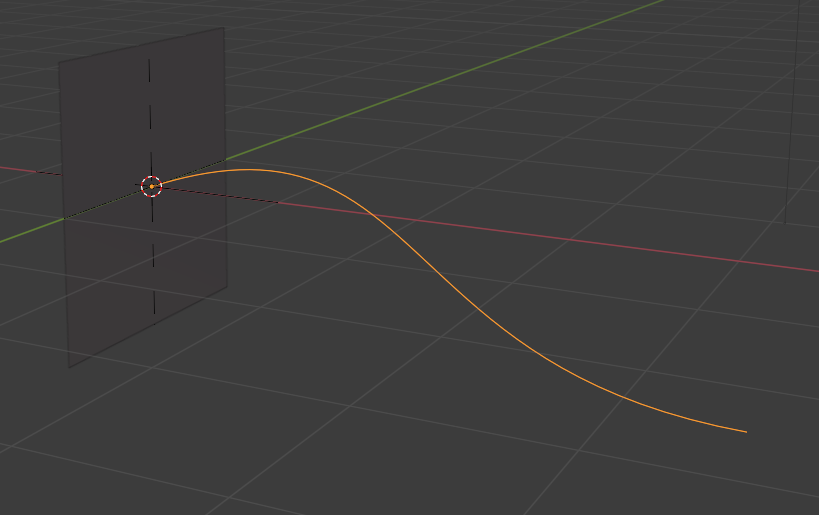 I added a softbody to it (simulation is sped up significantly so I don't have to run it long to get the resting position), and it does this. 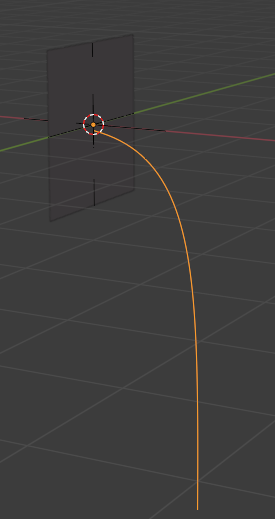 I've tweaked with a lot of settings, to no avail. The closest I got was turning the mass down as far as it'll go without disappearing (0.02 kg), but it doesn't fix it. 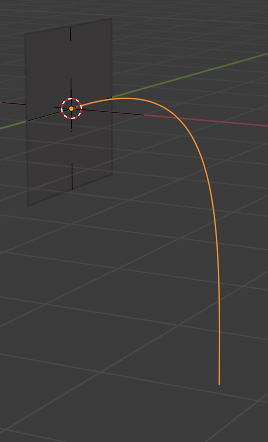 Here's basically what I want, in drawing form.

I don't want to animate this manually, because in the actual model there's going to be at LEAST 9 of these, probably more, and since they're controlling hair (other hair methods have not given me the effects I want so this is how I have to do it, it would work perfectly if the curve was working) it's pretty laggy to position manually. The real model file is extremely big which is why I'm using a recreation for the question.

Here's the blendfile for the recreation pictured here, I couldn't find a way to include it other than Sendspace so I guess it'll expire in 30 days, I'm sorry I'm not good at this stuff: https://www.sendspace.com/file/f1t9nz

I'm pretty weak at physics, so posting this before someone comes up with a boring solution of simply goal vertex group having weight proportional to distance from the beginning of the curve...

Not the answer you're looking for? Browse other questions tagged bezier-curves physics soft-body or ask your own question.

2
How can I 'lock' the position of an object when applying curve displacement?
0
What is the best way to make these wire wraps around a mesh?
3
Hooking a series of empties along a curve
2
How to make a physics simulation permanent
0
How to add physics to the object that already follows another object?
2
Make only a part of the mesh softbody
1
How to make Mantaflow spawn less fluid without resizing source?