Why is my VSE Importing a wrong image sequence?

I created a very simple one-minute digital countdown animation (using the add-on "Animation nodes" and using "text" as object) and it seems to be working just fine when i play the animation from the Viewpoint.

I exported the animation in a PNG image sequence and when I import that sequence in the VSE and play the video, it seems like the frames are sort of being anticipated:

Overall, the countdown works but because some of the frames are being misplaced, it looks like it's glitching and of course i would like to solve that.

I've checked the PNG images directly in their folder and they are in a correct order, so it seems like VSE is importing them in a wrong one.

I'm new to blender and I would really appreciate any help. 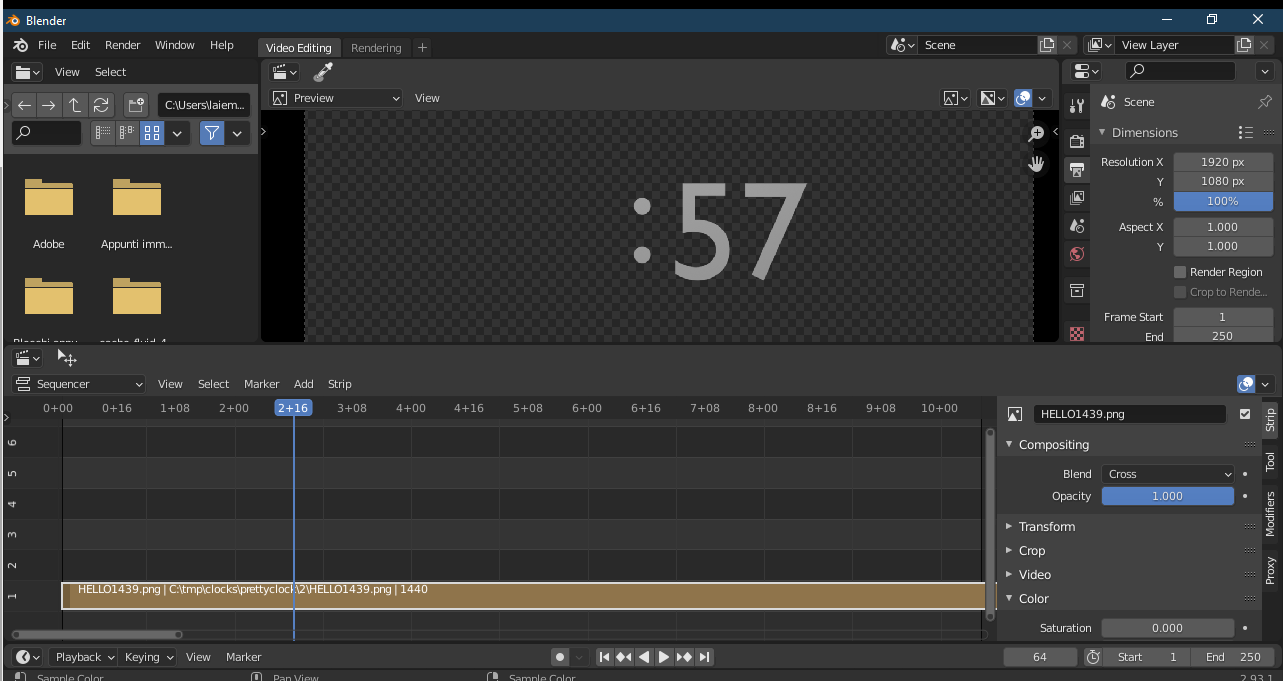 Make sure that you import your sequence in name order and not in date order. Also sometimes there are some refresh bugs, just close and reopen Blender and your file.

Not the answer you're looking for? Browse other questions tagged animation image video-sequence-editor or ask your own question.

11
Can I change the speed of an image sequence?
1
Blender VSE - import multiple rendered PNG frames?
0
Why isn't VSE dropping frames and giving me a correct frame rate?
3
Loop animation of an imported image sequence in the video sequence editor
0
Why is my image sequence appearing darker in the VSE than in the render output window?
4
Image Sequence to Movie - How to Get Desired Frame Rate?
3
How to correctly export PNG sequence with maximum quality