what node it is 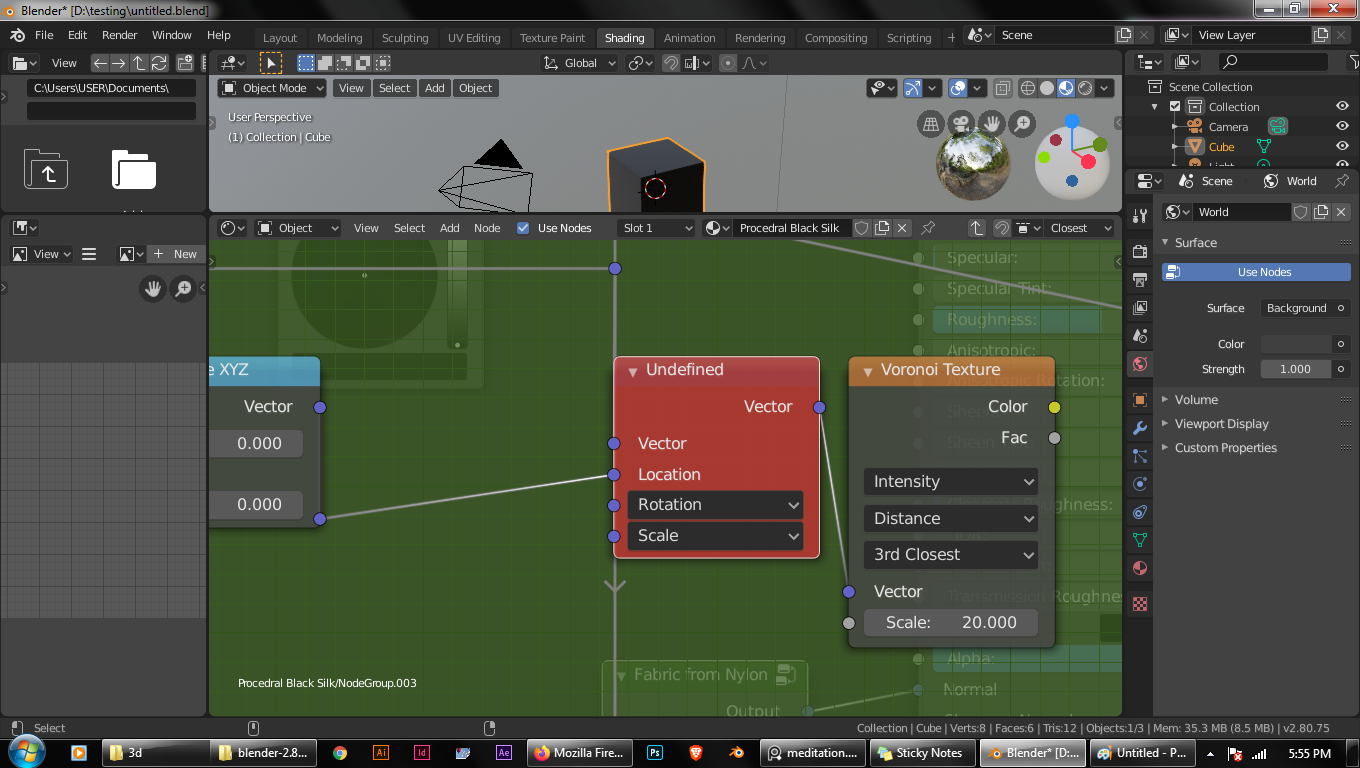 get some procedural textures from blender kit and the node is red what is this? I tried to replace it with a mapping node but the socket isn't the same. thank you

You're using Blender 2.80 so that node might not be available in that version. The node setup may have been created with Blender 2.93. We'd need to see the blend file to confirm that.

Considering its inputs: Vector, Location, Rotation, and Scale, and it's output Vector, I'm pretty sure it's the Mapping node:

I don't know why it's red, perhaps John Eason is right that you loaded a file saved in a newer version of Blender than the one you're using. It's not necessarily a node that your version is missing, a different implementation of this node in newer versions is (probably) enough to bug out older versions like that.

33
What is the difference between the displace socket and a bump map?
13
What does the mapping type do on a mapping node?
0
Getting a normal map to work in a multiple uv node setup
12
How to adjust size and frequency of procedural texture independently
1
Leather like texture using nodes
2
What is this Fresnel node?
1
Getting the actual (not default) value of a node socket that is linked to another socket
2
How can I create a pure black-white brick texture node?
1
What does this stone texture node group do?