I'm experimenting with drawing textures onto the model. I'm trying to render what I've got so far, but my renders come out with these strange black or white rectangles all the way down the blade edge. Anyone know a fix for this? 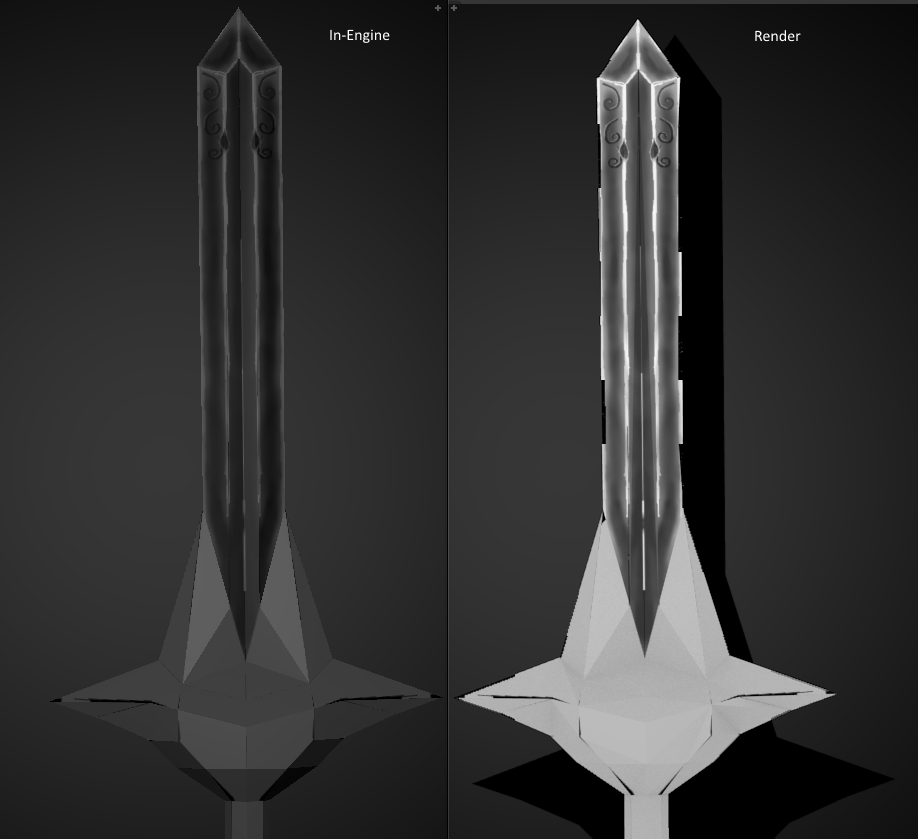 It all came down to a loss of precision in the depth buffer, let me explain.
You have your camera's Start Clipping set to .001, that is tiny. If you turn on the display limits of the camera you will start to see the problem.

The camera is in the red box, and your sword is in the blue box, over 60 units away. Now with the start clip set to 0.001 (the default is 0.1) there is a lot of wasted calculations, leading to a loss in precision.

The blender manual has a note about such behavior with a large clipping range.

This Quote from an article on MSDN explains it well.

The near plane and far plane are the final pieces required to calculate the projection matrix. The more closely together the planes are, the more precise the values in the depth buffer.

So a simple fix, is to set the camera's start clipping to a bigger number, even 0.1 works, but as your scene is currently set up you could go as high as 60.

Changing the camera settings will fix the problem, however you still have a huge sword.
If you look at the dimensions (in the properties panel N) of your sword it is 31 meters tall!

Just scale down the sword with S, until it is about a meter. Then reposition the camera.

The other option is to scale down your entire scene, then change the strength of your lamps.

This has the same effect as changing the clipping on the camera, because there is now less space blender has to calculate.

So really this was a story of way too big, and way too small. Pay attention to your numbers, and even use real world units.

64
How do blender units and meters, feet, or yards correlate?
3
How to work with parameters?
4
Choppy Display in Cycles
2
Why does the 3D view have trouble with clip start <=0.01
0
Faces look inverted like incorrect normals, but normals are fine. Please Help