How do I build an older version of Blender from source code?

I'm a beginner and I'm building Blender from source code for the first time. By using this URL "https://wiki.blender.org/wiki/Building_Blender/Windows", I was able to build the latest alpha version of 3.0 without any problems.

Next I want to build an older version such as 2.8 or 2.9, but I don't know how. I know that you can download the source code for the old version from Blender's HP.

As a beginner, I don't know what's right and what's wrong. I would like to know how to build from an older version of the source code.

If you got to github and search the blender repository (https://github.com/blender/blender/tags) you can check which tags exist: 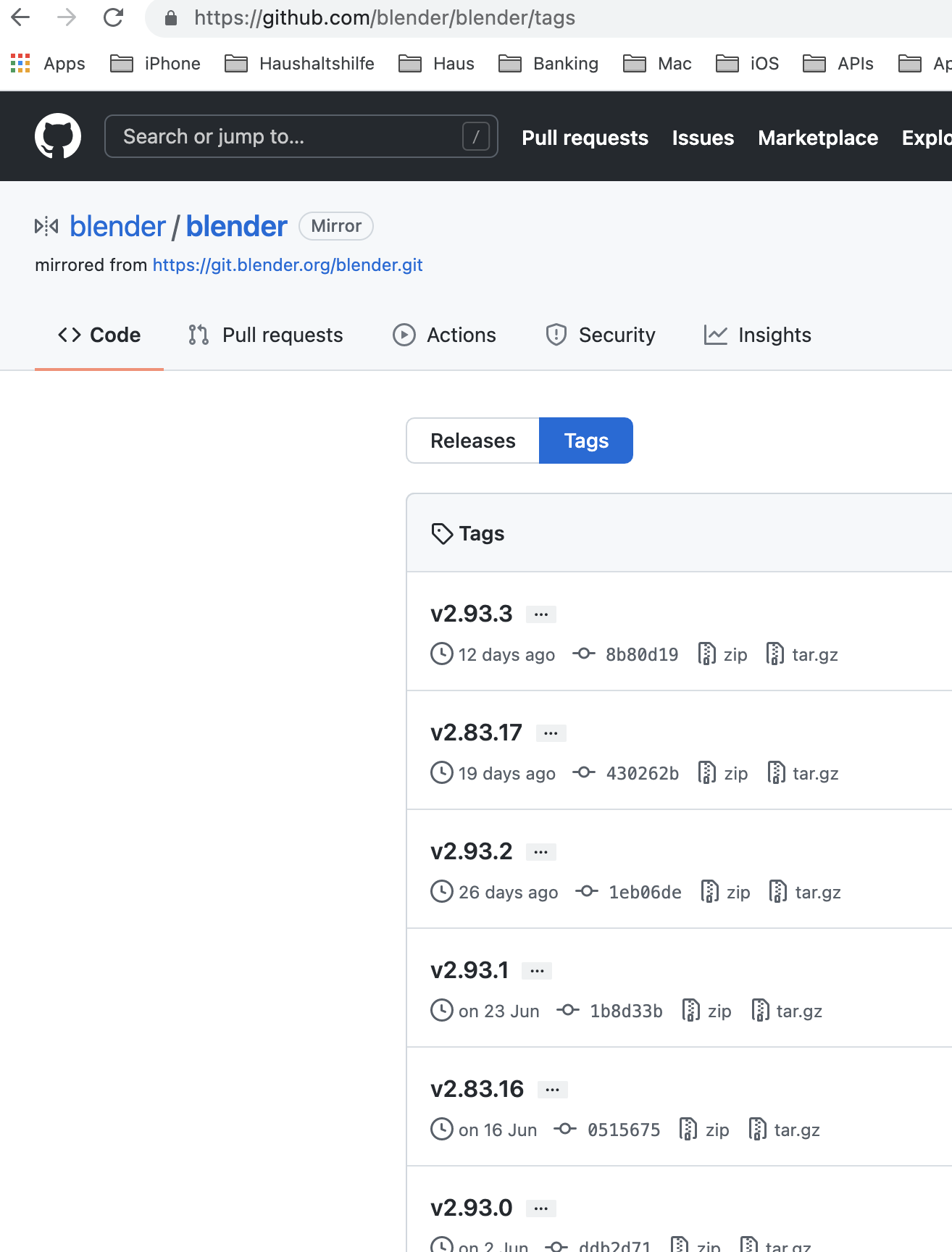 Not the answer you're looking for? Browse other questions tagged source-code or ask your own question.

1
Can i run blender as on a server as a binary source code?
1
Find implementation of specific class in source code
1
Visual Studio can't read submodule definitions in Bpy
0
Looking for Blender source code of version 2.79.7
1
Hot Key for Manifold Extrude