I'm quite familiar with taking one curve and creating a mesh by revolving the curve around an axis, such as through the screw modifier. This creates symmetrical cross sections . However, what if the cross sections I want are not symmetrical? How can I create a solid of revolution that follows the shape of two different, perpendicular curves? Examples below:

Top-down view. This is the lateral shape I want: 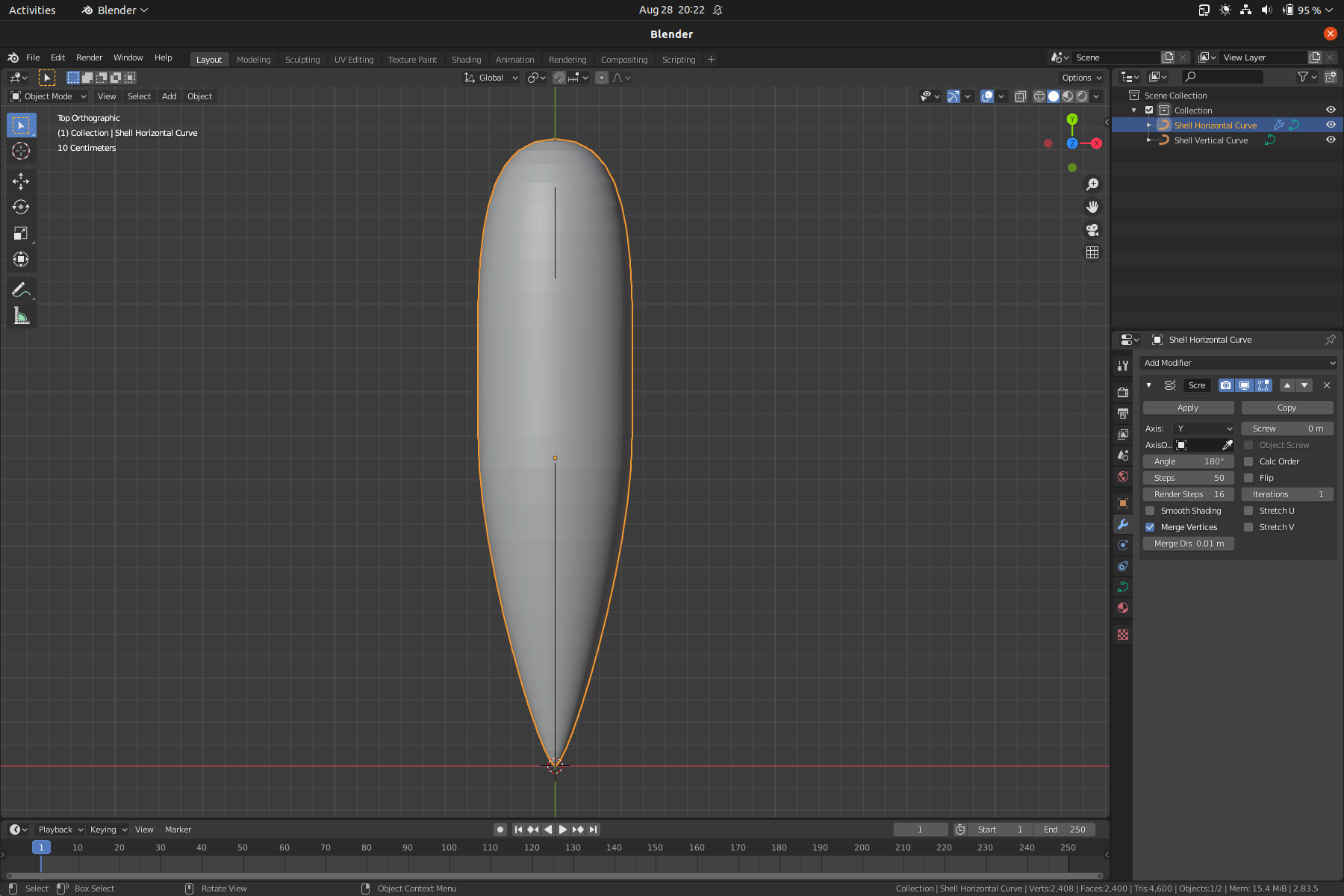 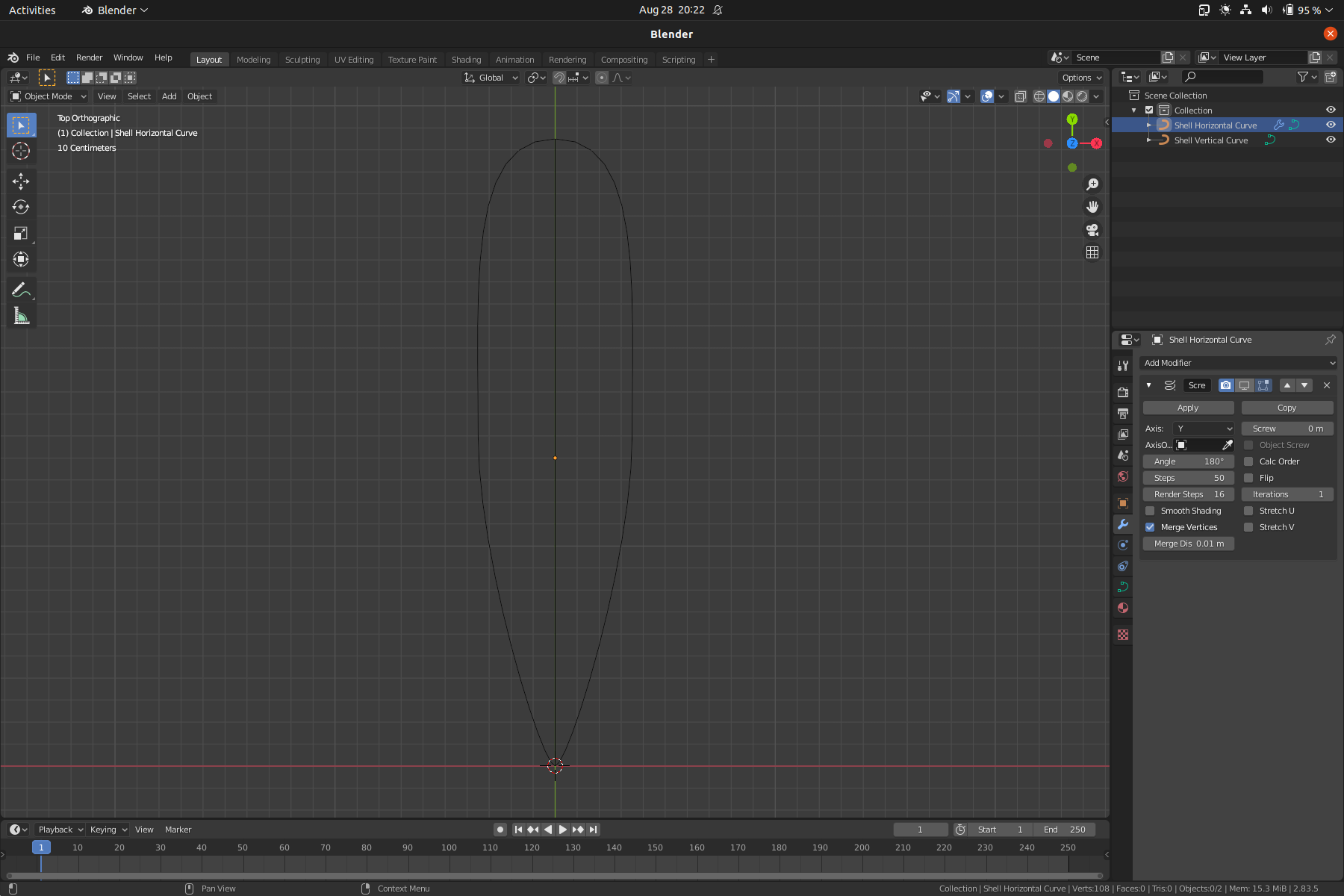 Side view. I want the first curve and revolution to conform to the second curve 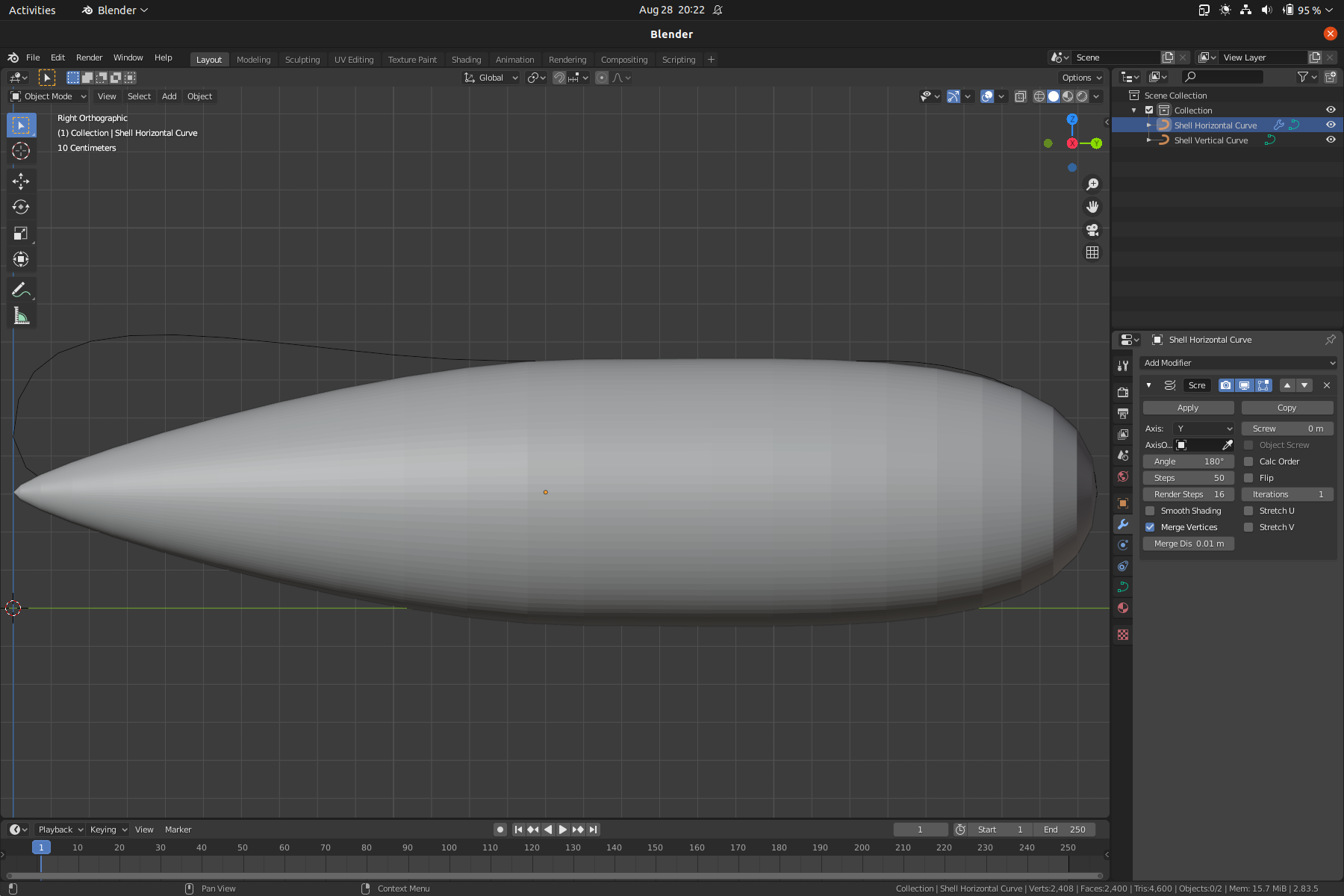 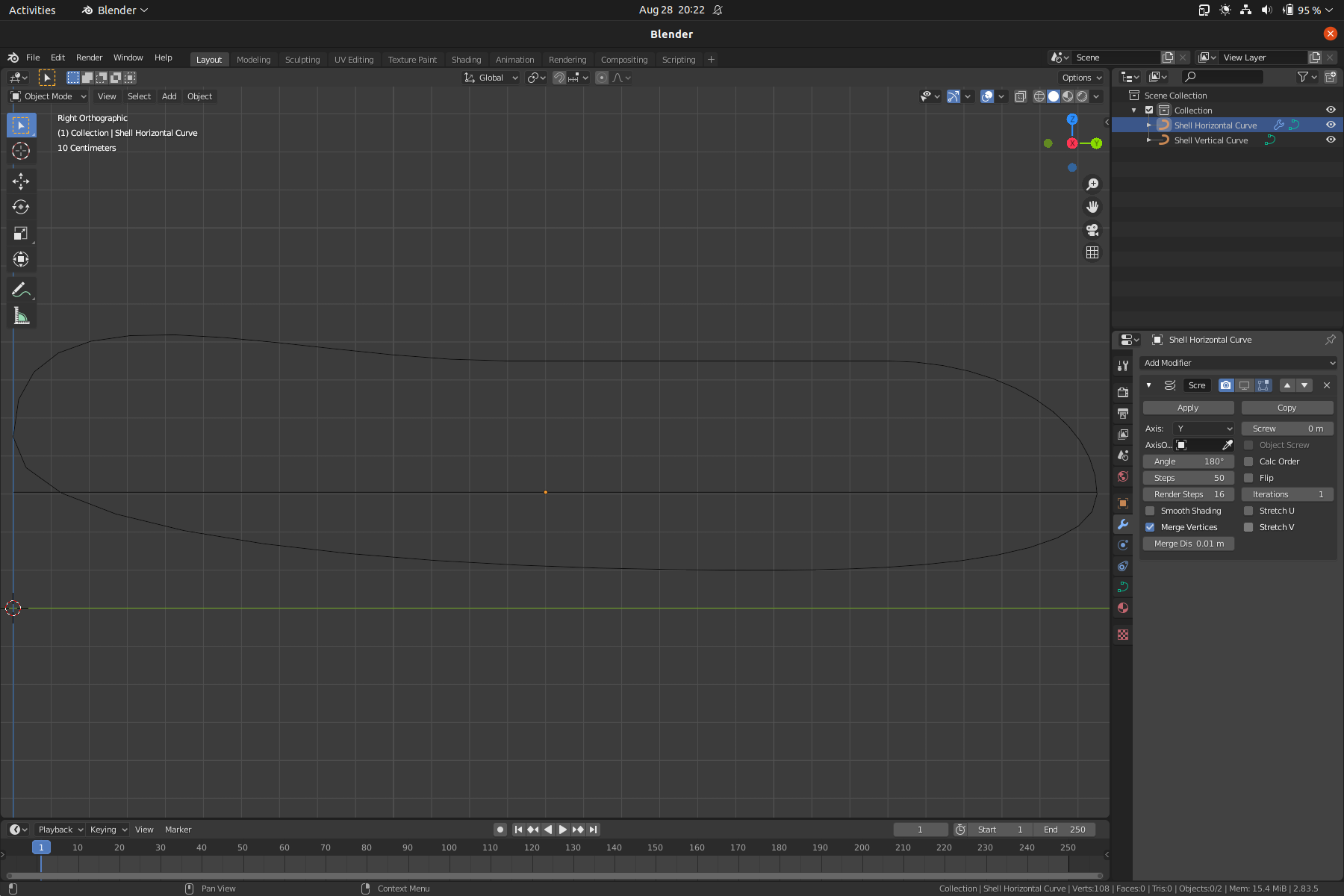 So now, do I do some sort of deform, or something else? I thought the curve modifier might work, but my attempts resulted in something that looks like it belongs in a modern art museum. Any other techniques that might work better?

This isn't procedural, but ...

If the object has 2 profiles, it's not really a surface of revolution? It's an interpolation? 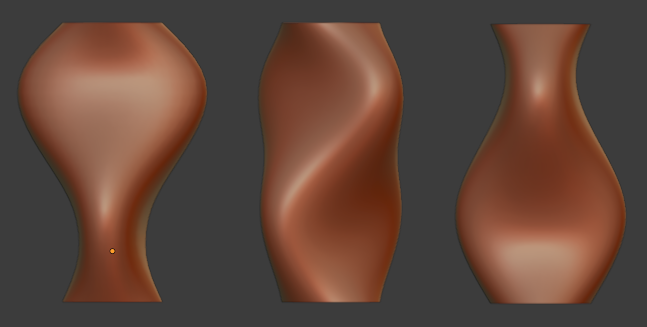