I'm trying to add letters to stadium seating, to make a custom version of the title sequence of Ted Lasso.

I modeled a simple version of a seating block, but now I have to add the letters to it, and I'm wondering what the best method would be to do this. I've already done it manually, just by applying materials and creating the letters just like that. But I was wondering if there is a way to do this more dynamically.

I was thinking in the lines of placing a single letter (as text) beneath each block, and then somehow applying different materials to the seats that overlap with the letter on the xy axes. Is this possible with geometry nodes or just shaders?

I have a simple example set-up here: 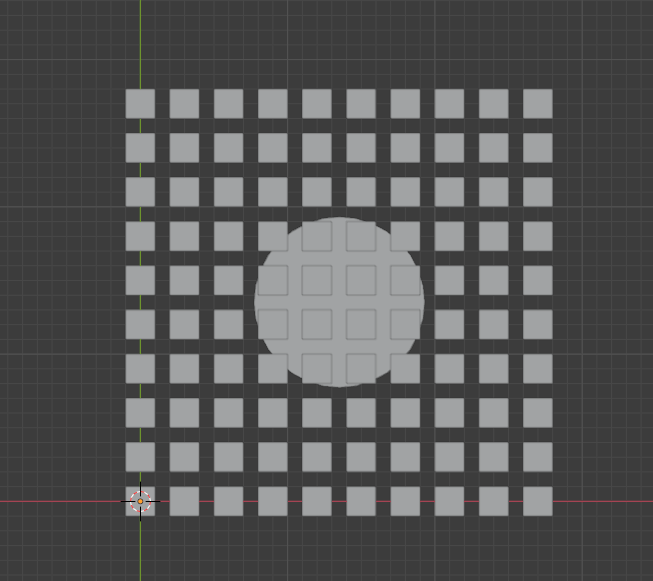 So the idea is that all cubes that overlap with the cylinder get a different color. (Ideally with some margin so that the cubes that barely overlap don't get colored).

I've found some examples of using multiple booleans to change materials with intersecting meshes, but ideally I would change the color of the entire seat when it overlaps with the underlying geometry.

If you're using array modifiers and therefore have just one object, then use Texture Coordinate node like so: 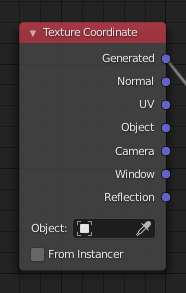 Now use "Separate XYZ" and "Math: Less Than" nodes to discover the width of your setup: (of course you could calculate it instead) 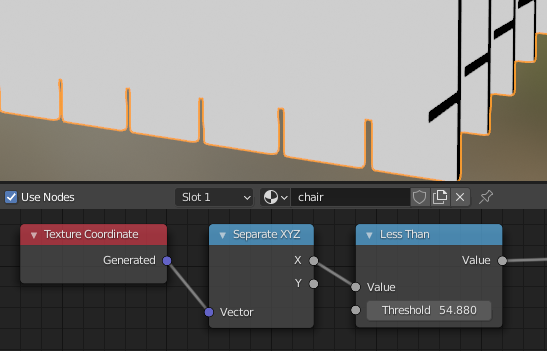 Repeat the same for the y coordinate. 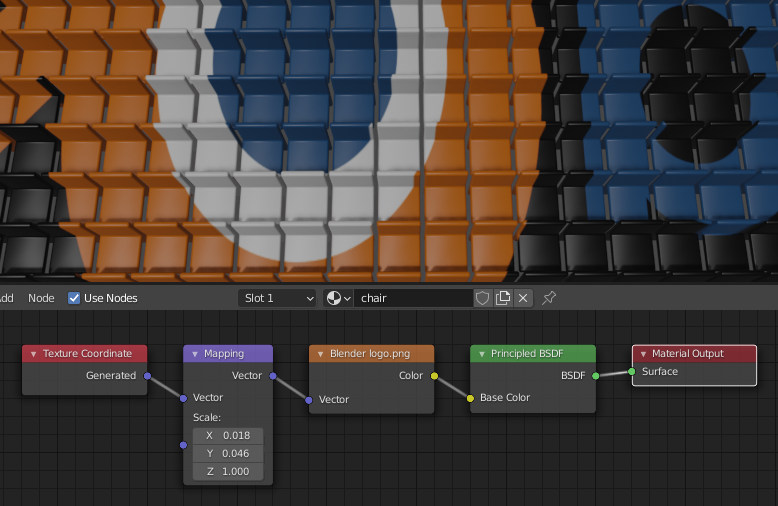 The chairs are painted "too well"; to make each chair have only a single color, snap the coordinates to the nearest chair using Vector Math: Snap node: 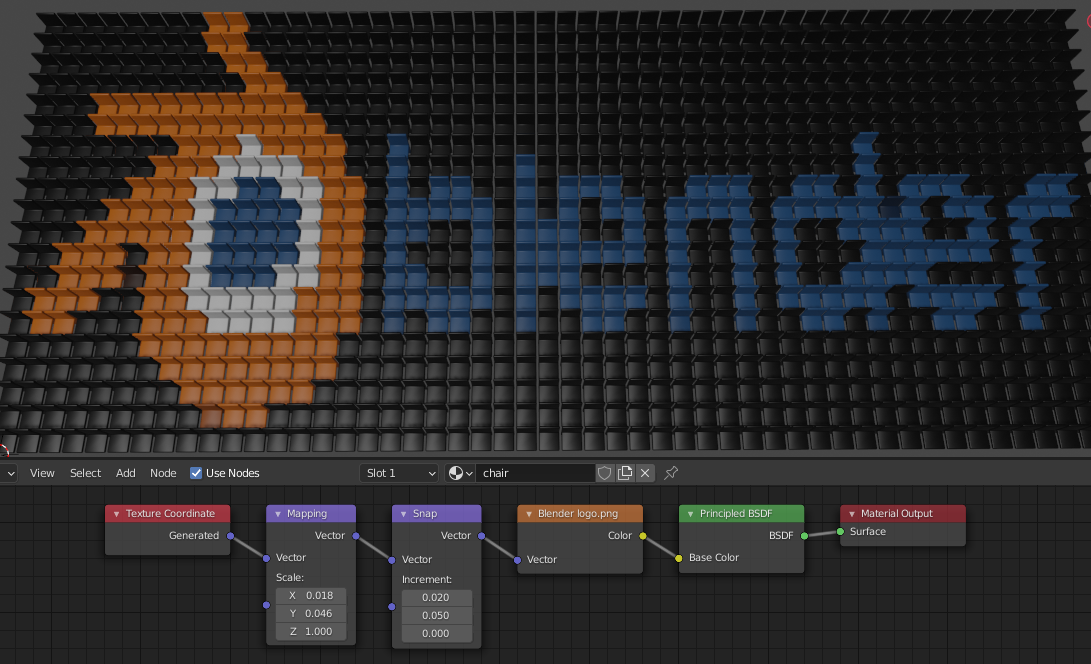 Each chair's color depends on a single sample from the texture, so for the best effect use 2D software scale your texture to have the same number of pixels as the number of chairs: 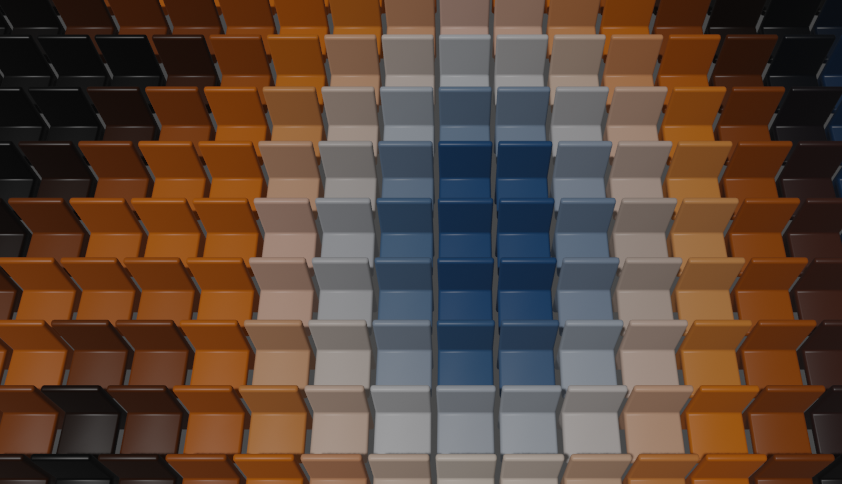 You can ignore spacing and allow yourself to move stuff around (by modifiers or by applying the modifiers and moving manually) by using the UV offsets in the Array modifiers - keep in mind, if you don't use planes but something more complex like a chair, you need to unwrap it as in Moonbot's answer (but unwrap a single chair, not all chairs at once).

You can now move stuff around: 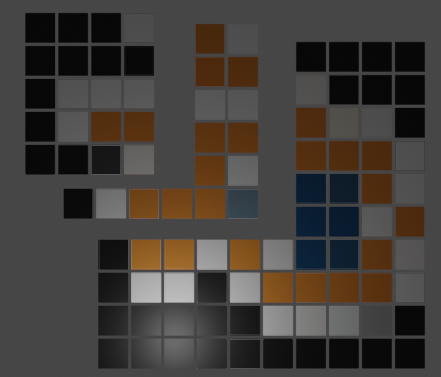 If you have multiple objects, use Object coordinate, and specify the Object field:

to the object with the lowest x and y coordinates:

This setup is also spill-safe:

You can select all your seats and unwrap from view: 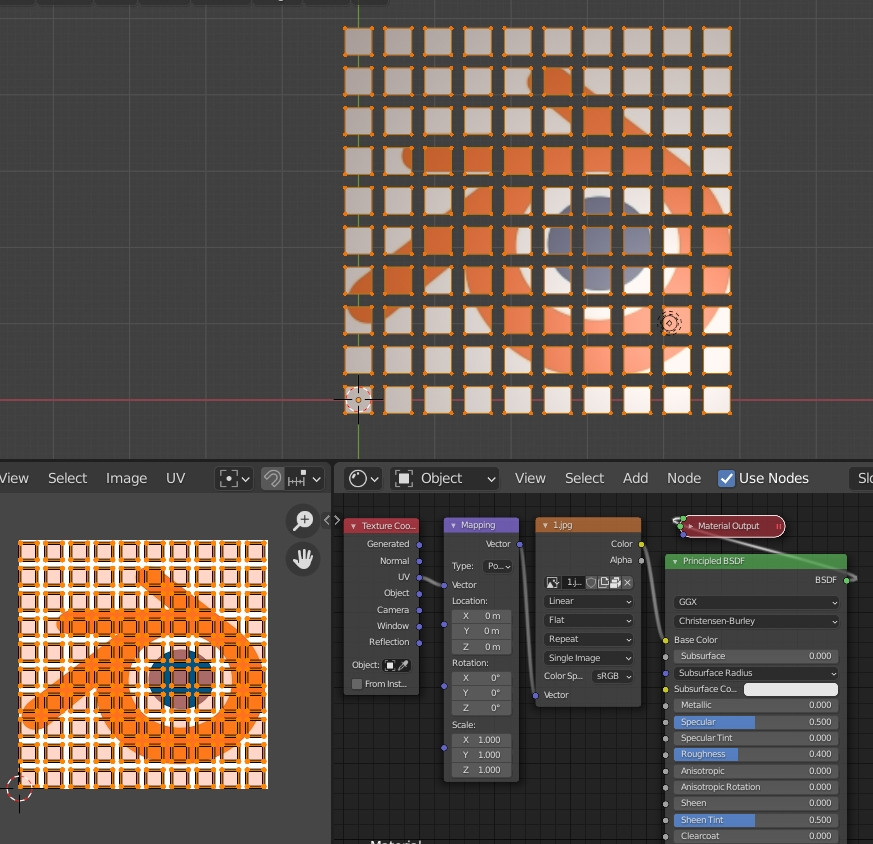 Then in the UV Editor select all, enable Pivot > Individual Origin and scale down the UVs a lot (like S 0.01): 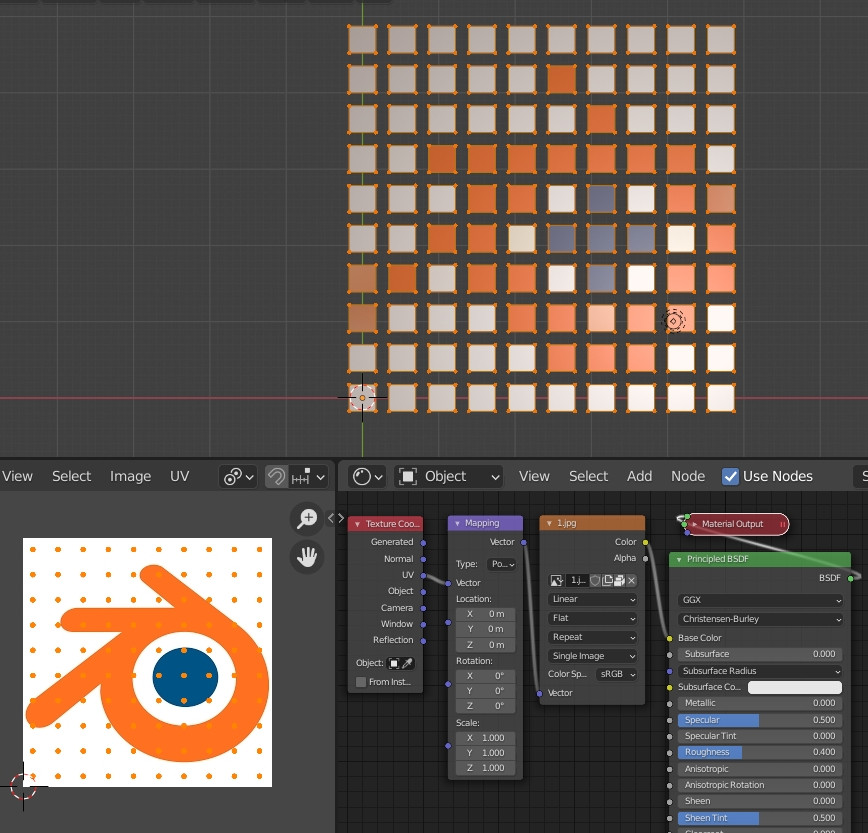 You may need to move some UV islands a bit so that they don't overlap with anti-aliasing colors, or slightly move them all on X or Y until it's good. You could also scale the islands down to 0 but in that case I don't know how to scale back to a non-0 size.

Not the answer you're looking for? Browse other questions tagged texturing materials shaders geometry-nodes or ask your own question.