I'm trying to make the hilt of a sword, and I'd like the grip to have diagonal lines across it rather than horizontal. IS there an easy way of doing this? 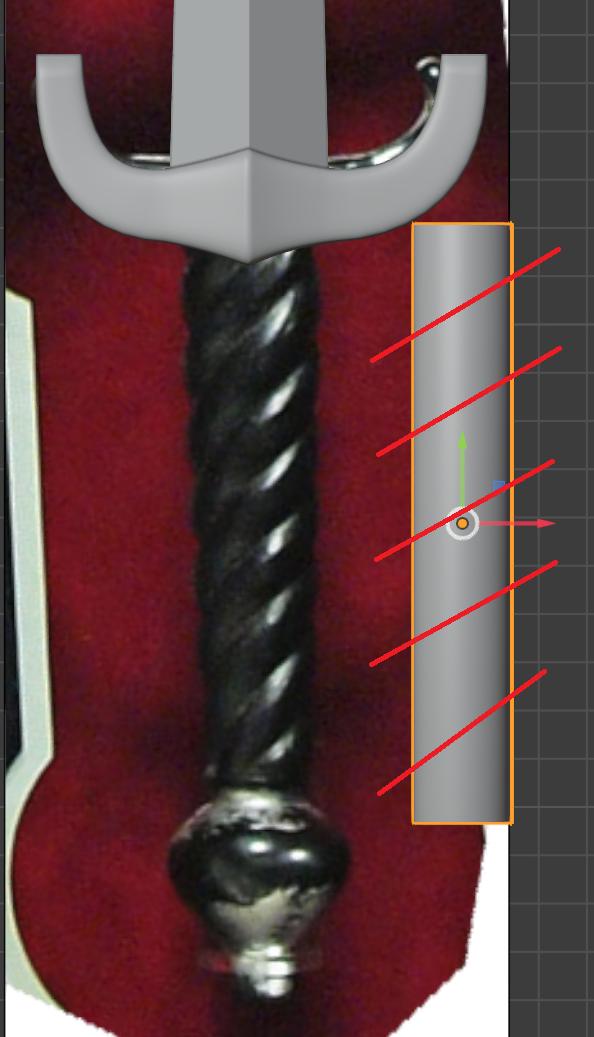 MY reference material shows a spiral, but I this is going to be 3D printed and a spiral will just be too complicated, so I just want to make diagonal pits\grooves by resizing every other loop and applying a subsurface modifier to smooth it out.

I tried making two regular loop cuts and doing a loop select and then rotating them. Then creating other loop cuts in between. Which did make them at an angle, but it also distorted the lines of my sword hilt.

You could create loop cuts on a cylinder but it won't work if you see the object from one side, you'd better create a spiral with the Screw modifier. 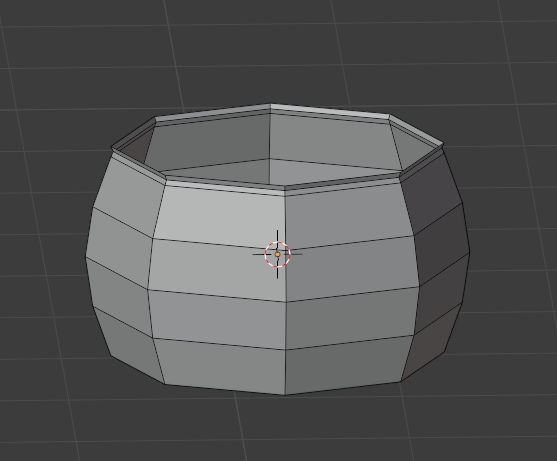 Array it on Z: 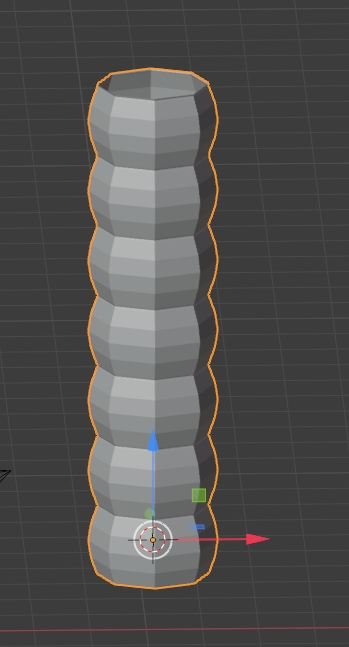 Apply the Array modifier, in Edit mode merge the vertices, use the Shear tool on Y (AltCtrlShiftSY): 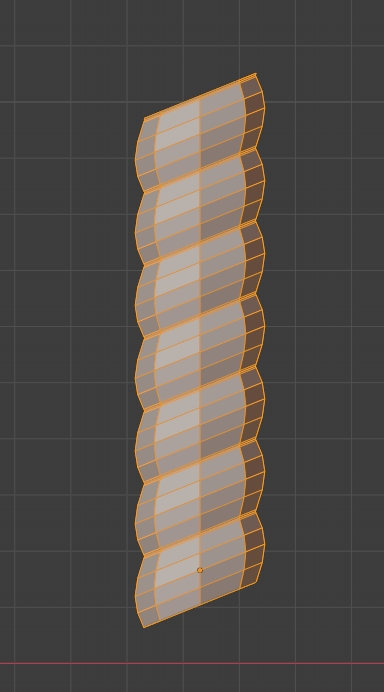 You could also use a Lattice modifier to get the same result:

At the end cut off the top and bottom with the Bisect tool and rework the topology.

Create a circle, cut it off, move it a bit away from its origin, duplicate and rotate 120° on the Z axis twice: 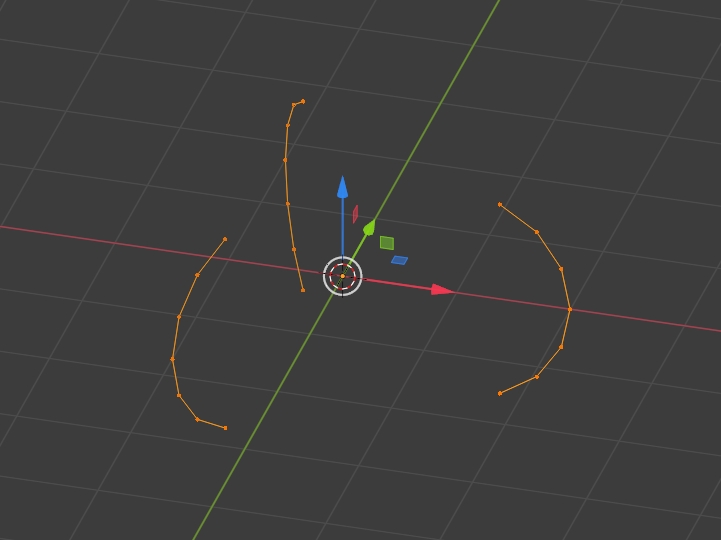 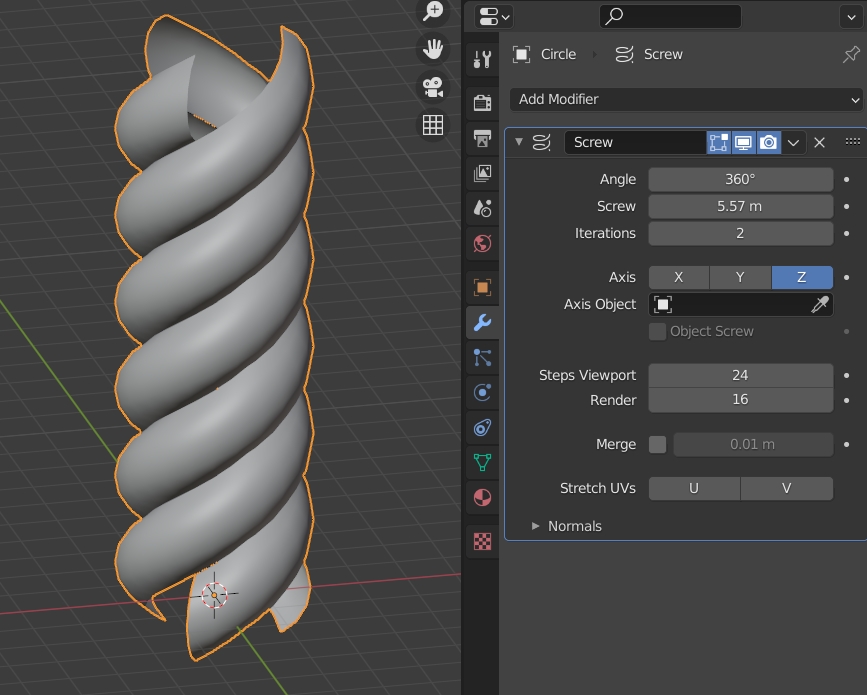 Apply the modifier, select all in Edit mode and merge the vertices with a threshold high enough. Cut off the top and bottom and rework the topology.

Not the answer you're looking for? Browse other questions tagged modeling edges loop or ask your own question.