I want to render the sword I just finished. But when I render it, the hilt and handle are fine but the blade looks odd. Why is this?

Here is the render: 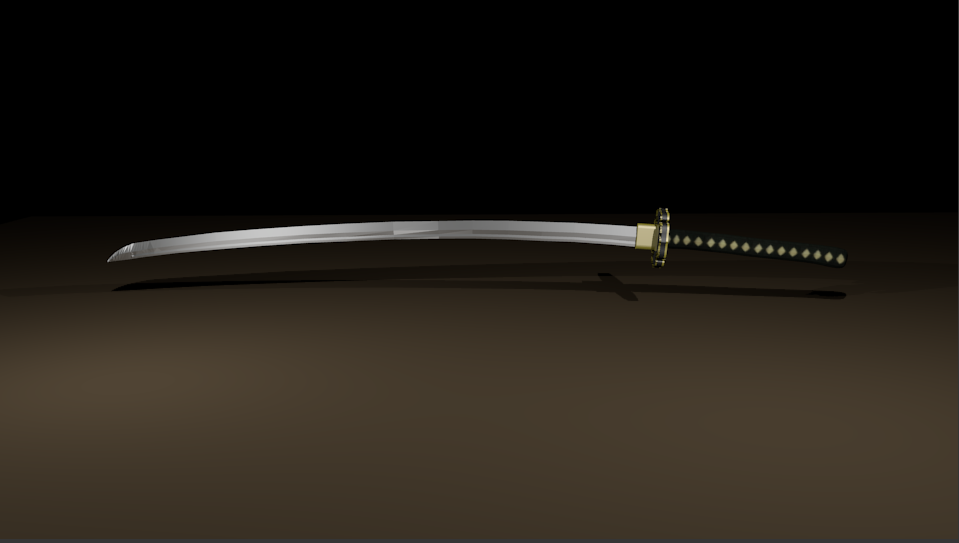 This is what the blade looks like in object mode: 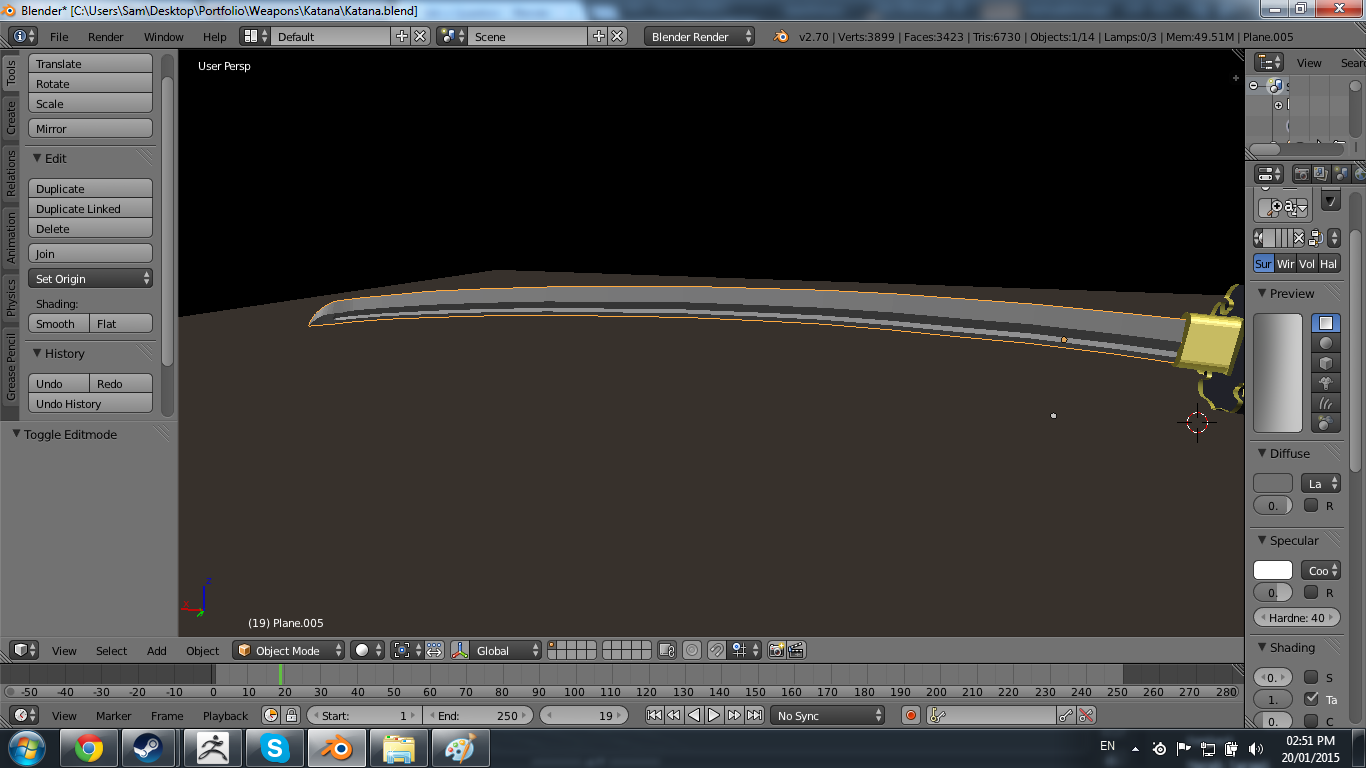 This is what it looks like in edit mode: 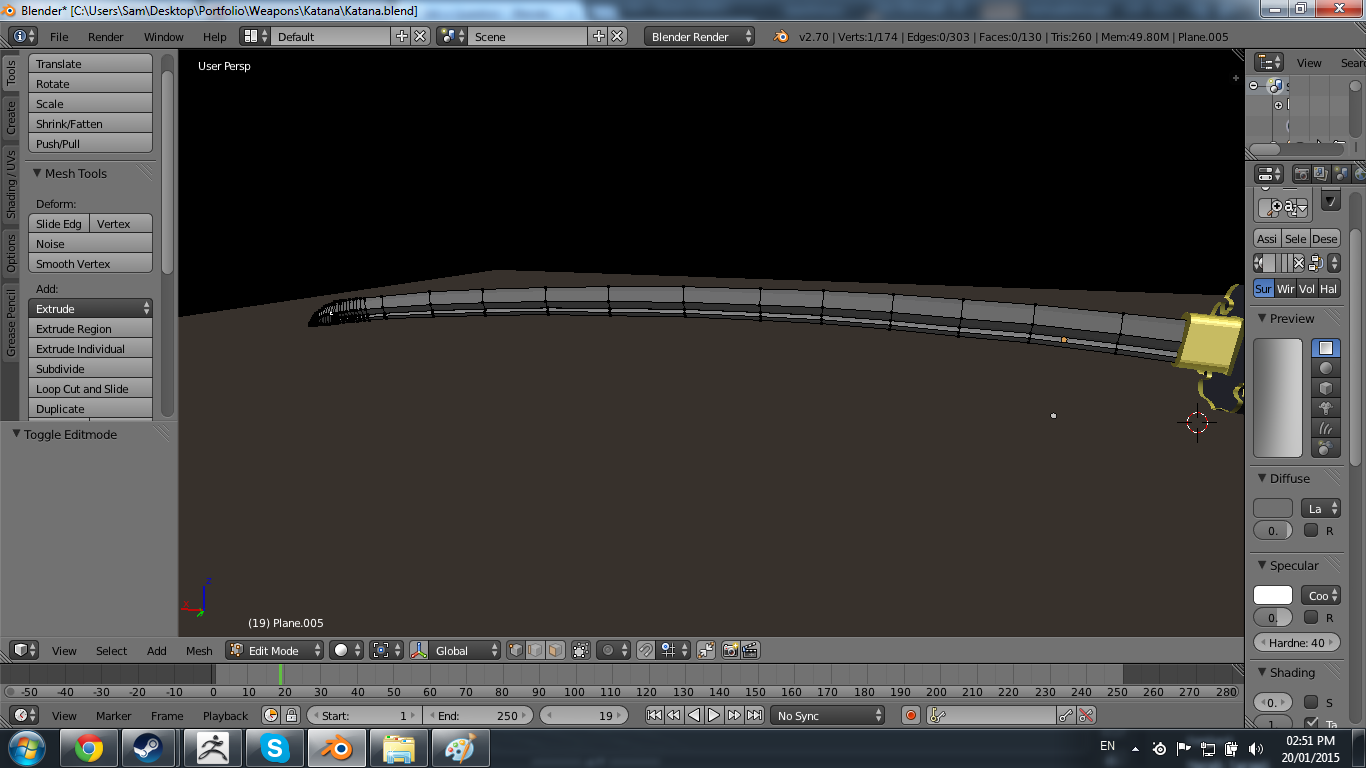 This is my lighting setup: 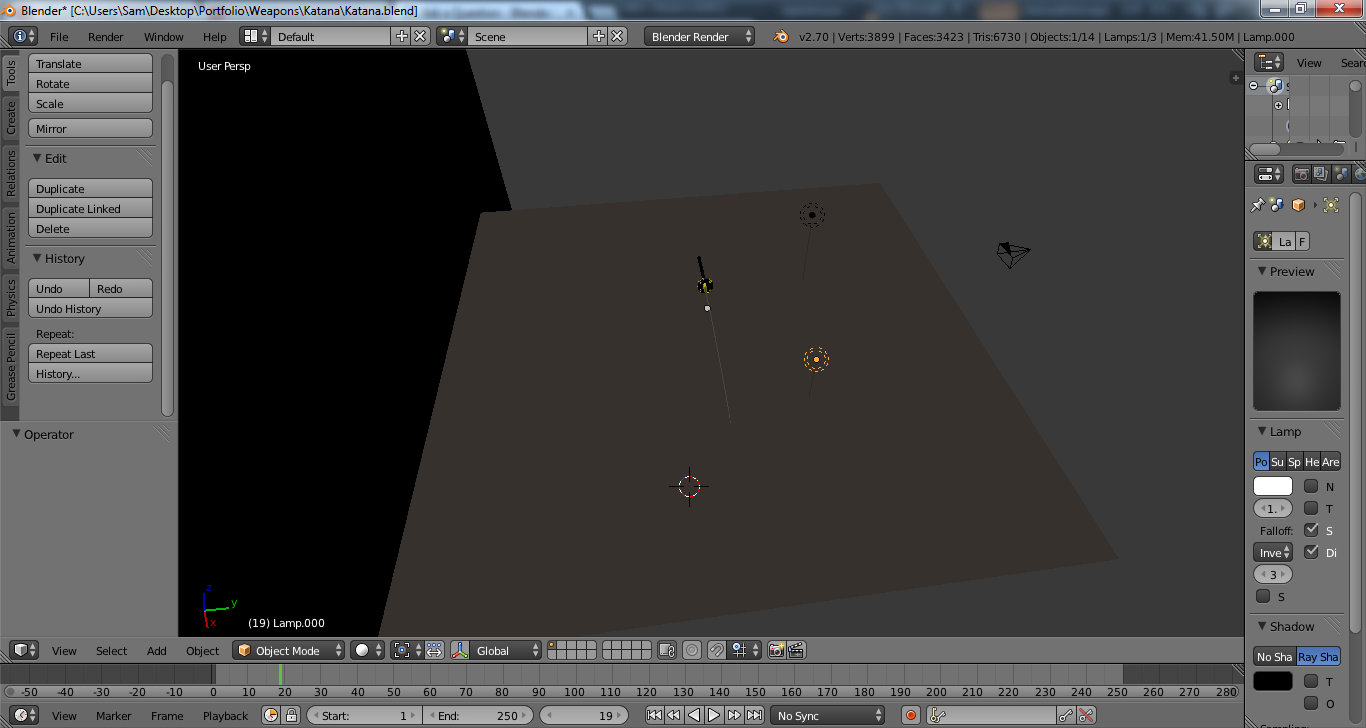 I'm supposed to have the bevel along the sword but not what I have highlighted below. 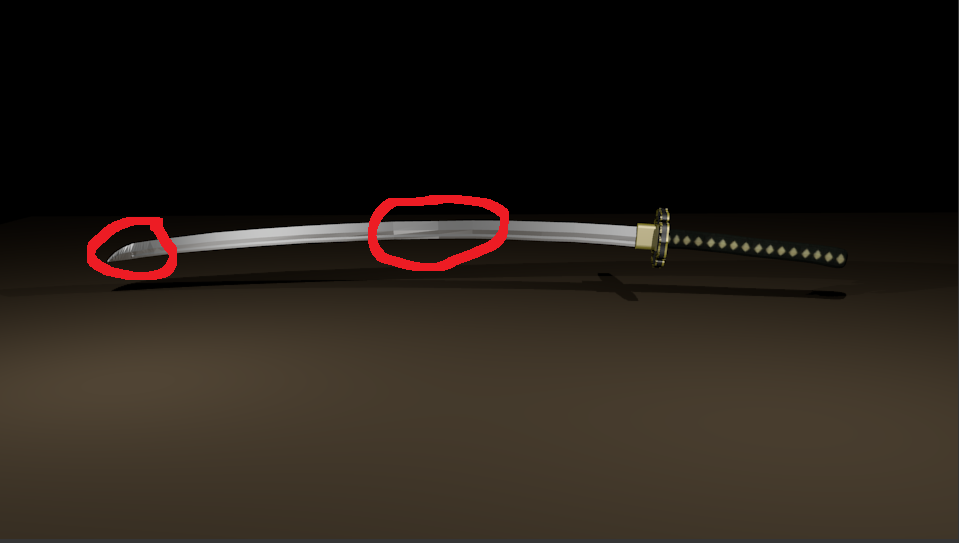 Alrighty, lets jump into it.

First of all, those weird spots in the render were perfectly normal. If you zoom in, you'll see that they're actually triangles- this from the fact that all n-gons are actually sets of tris. You can solve this by adding a subdivision-surface modifier.

Now you don't have those triangles, but you get a different effect: looks like quicksilver. 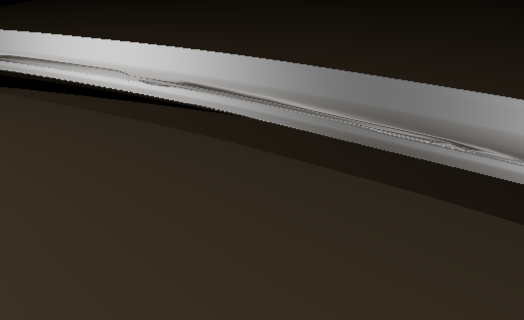 Now, this is mostly just a modeling error because two sides of the blade converge momentarily in the center, the area of the sword commonly called the bloodlet. This creates a zooky effect that is the combo of z-fighting and bad unwrapping.

To fix, I changed the subsurf mod from catmull-clark to simple. 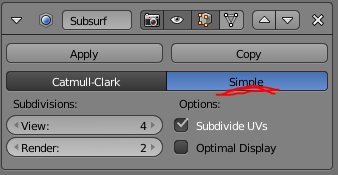 You still get a bit of whack, so go into modeling and put some air between the inside edges of the bloodlet, rather than allowing it to be 2D. Then unwrap the model. This should fix everything. It needed to be unwrapped because your texture was repeating to much in the bloodlet because there were more vertices then around the rest of the blade. 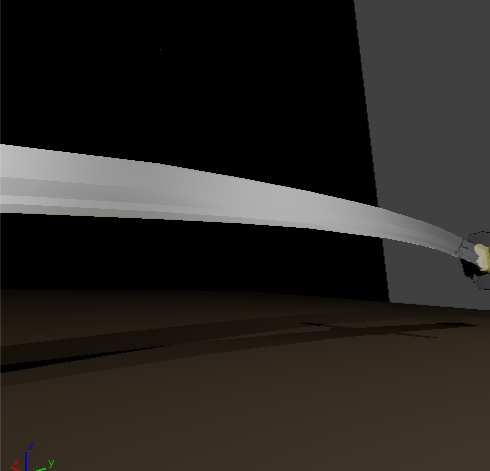 0
Lighting not working/Final Render is is not lit
0
Why is my imported object transparent when rendered?
0
Rain 3D Character Rendering Problems