Sound-Driven Animation, Using Animation (and Sverchok) Nodes, is Not Working

I am trying to create an animation where a parameterized object, created with sverchok nodes, is manipulated by a sound file via animation nodes. Here are my node setups (blend file at the end of this post): 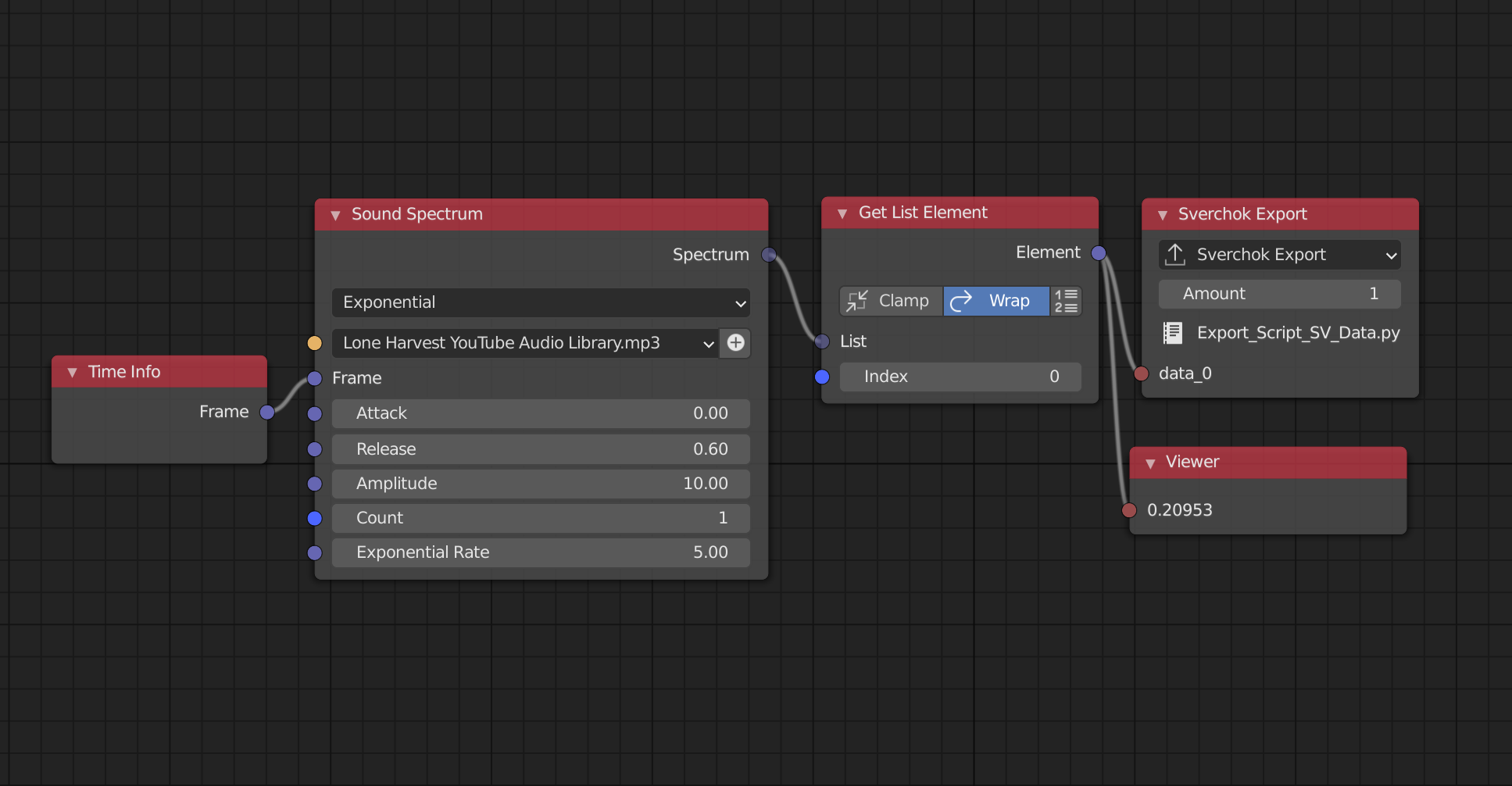 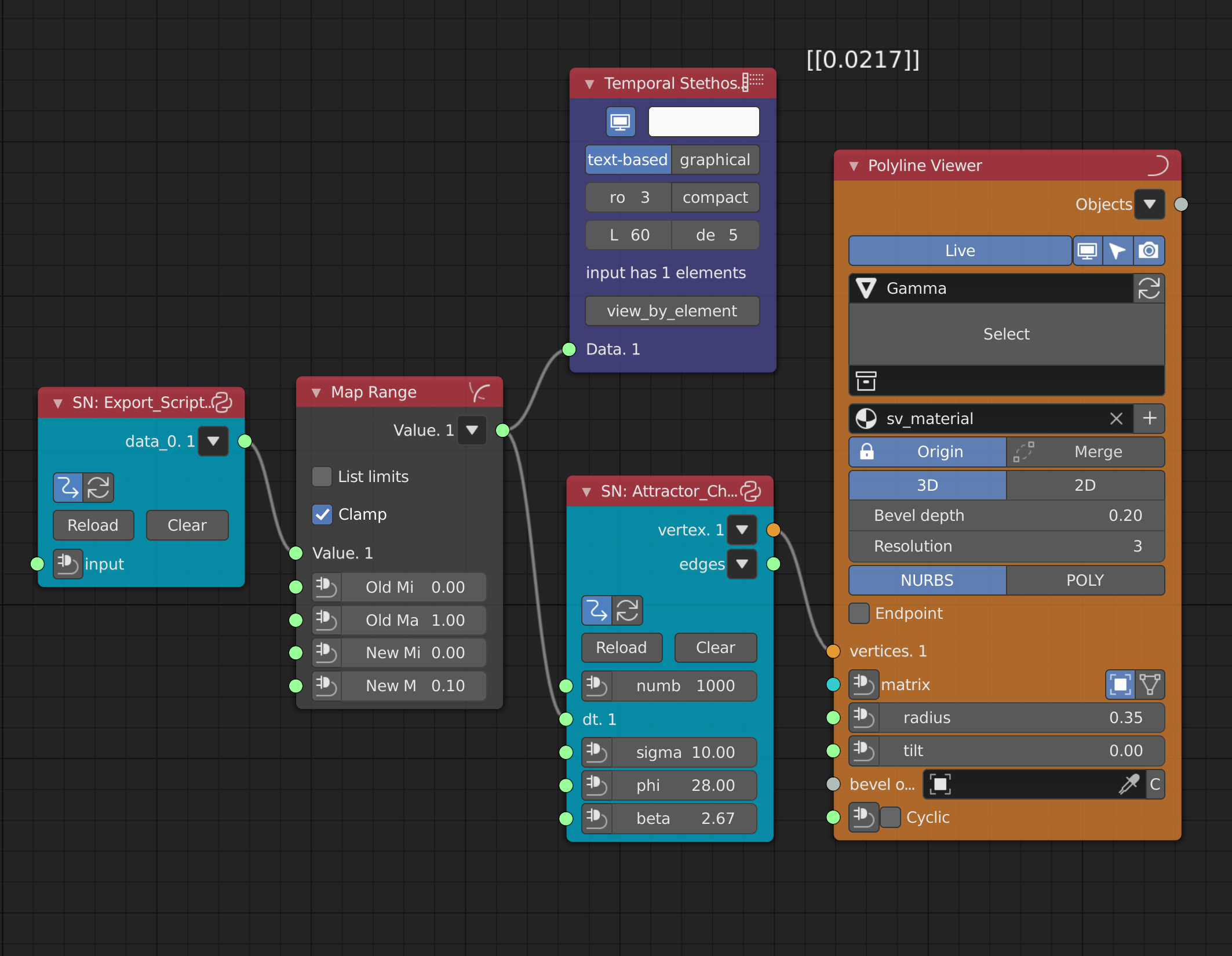 So, the sound file is read through Animation Nodes and carried over to Sverchok, where the sound drives the 'dt' parameter of an object (which is the time parameter of a Lorenz attractor via a script, which I posted about here).

This setup works in the viewport, but when I try to render the full animation, the frames do not adjust for dt. In other words, if I render the first 100 frames of the animation (as images, not as a movie file), I get 100 images that are exactly the same.

At first I also couldn't render any images. I read about how there are some issues rendering with Animation Nodes, specifically this thread, so I ended up using this script from VideoBombala:

Which, again, works but only produces the same image. I've also noticed that whatever frame the viewport is currently at, is the frame that the rendered images apparently are too.

Not sure what is going on here, any suggestions or help would be awesome.

you can try it with this script (this worked for "sometimes"):

Following this thread: https://github.com/nortikin/sverchok/issues/4295, I found that using the Render > Lock Interface option worked for me.

This is using Blender 2.93.1 and this version of Sverchok.

Not the answer you're looking for? Browse other questions tagged rendering animation animation-nodes sverchok or ask your own question.