Oddly specific question but what's the best way to sculpt a neck from an already existing head model?

So I was following this tutorial to make a head when I realized that he might actually be wrong about something. 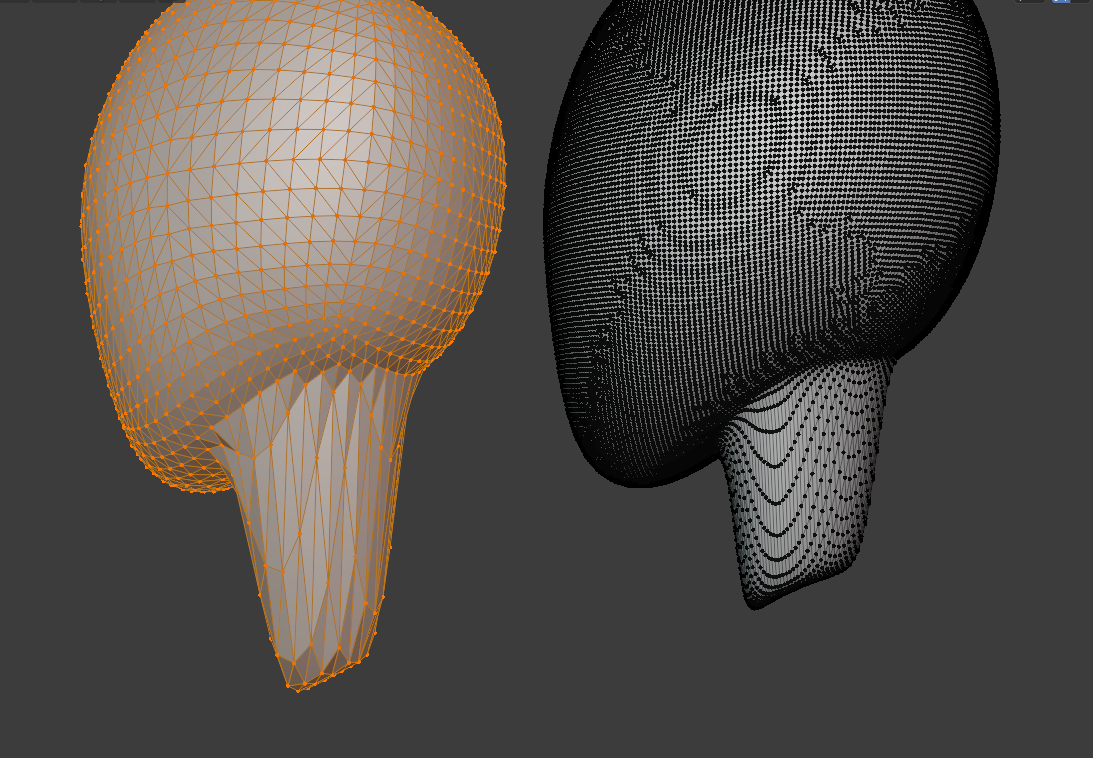 Left is dynotopo, right is the tutorial guy's method.

Basically what he did was increase the voxel resolution size to be pretty high in order to have enough topology and vertices to grab a neck from it using a mask. I feel like this is pretty dumb, since it seems like he's just cramming in more unneeded topology to make up for the lack of a neck. I saw this one modeler add a cylinder, move it in place, and then shape it into a neck, but then how does he merge it with the model? I have so many questions, but the TLDR is this; from what you've seen in the pictures with the crappy deformed neck and the other one, what's the best way to make a neck while not needing 60,000 vertices to do it?

I realize that to an experienced modeler this question is really retarded so don't roast me that much in the replies. Also, I know some people just use the grab brush but as seen on the left head it doesn't go very well unless it has a LOT of vertices as seen on the right.

Snake Hook (or simply Draw) is probably a better brush to do it as it will add topology, while Grab will just move the existing topology, but you can also Grab then increase the topology with Dyntopo (and use the Draw brush with a Strength of 0 if you don't want to change the shape).