I'm not sure if this is possible but I was wondering if there’s a way to set the thickness of a solidify modifier to adjust based on distance to camera so the thickness would be even in screen space.

Say if you had a plane of particles all based off one sphere object- the spheres farther from camera would have thicker solidify modifiers and the ones closer would be thinner.

I’ve searched high and low for an answer to this and haven’t returned much. I’m not great with drivers so my tests with that haven’t gotten me very far either. Any answer on this is appreciated. Thanks!

Second Edit: It seems that the driver doesn't update for each particle and only updates globally making this seemingly impossible with drivers unless I'm mistaken. Unless there's a workaround to use weight painting that updates through camera FOV like I've seen done before.

So originally, I recommended doing this with geometry nodes, and you've had some trouble with that. In preparing you a better answer, I've had nothing but trouble with trying to get geometry nodes to give me the proper materials, and GN instanced materials is one of those things that is still changing with every release (and is currently pretty wicked bugged.) At the same time, I realized that I was overthinking the alternatives, and they're not really hard to implement. So instead of doing it with GN, let's do it with regular old modifiers.

You've indicated in comments that your end goal for this is outlining, so let's work with an outlining example.

Now you need an outline material. For mine, rendering in Eevee, I just made a black emission material with backface culling enabled. Because my object had only a single material before creating the outline material, I set the solidify Material Offset to 1. If you're ever having trouble with an outline material, remember that the direction of your normals is the most important thing, and that different directions of normals can be made to work, just in different ways.

Pic demonstrating all that: 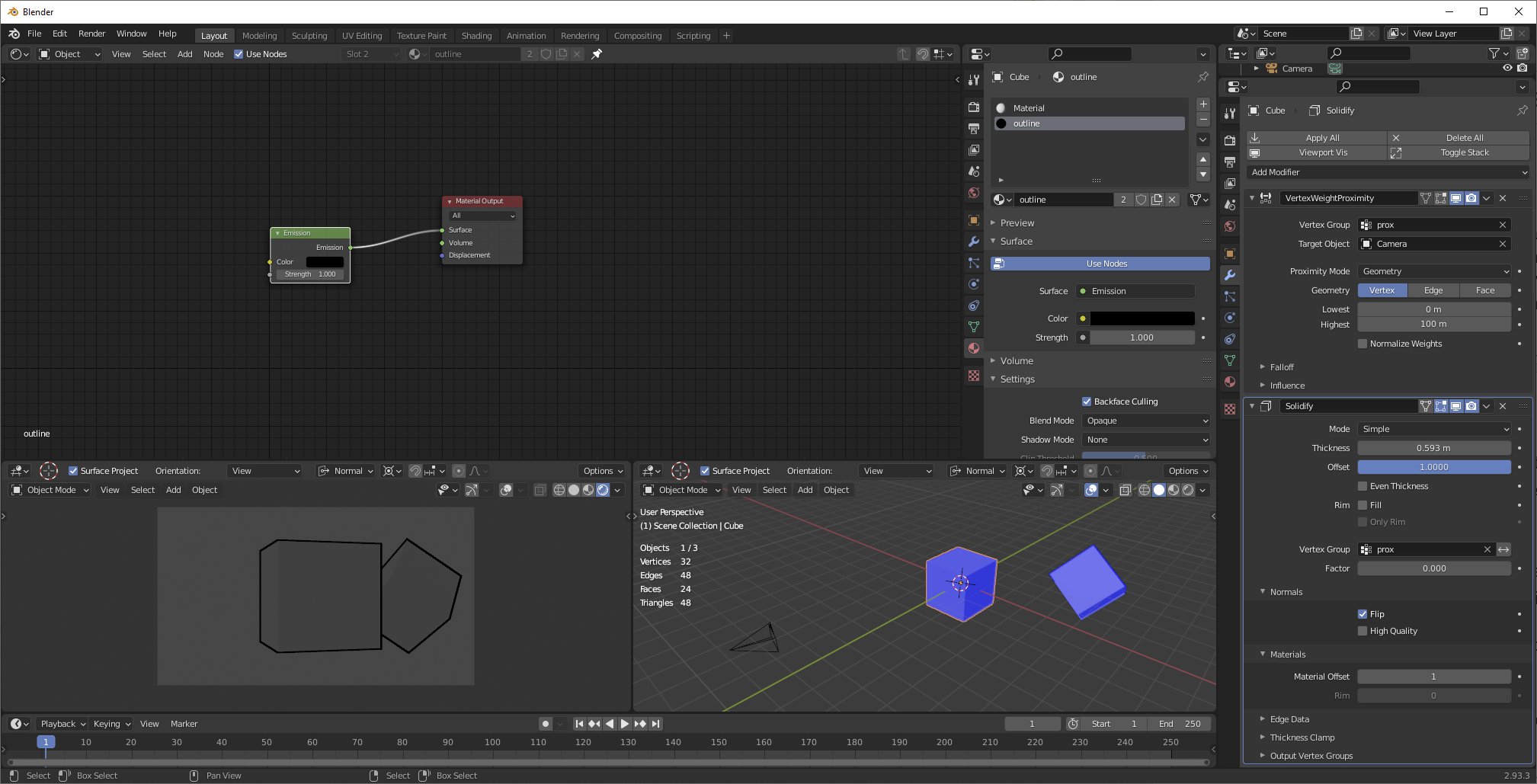 Now let's zoom out the camera: 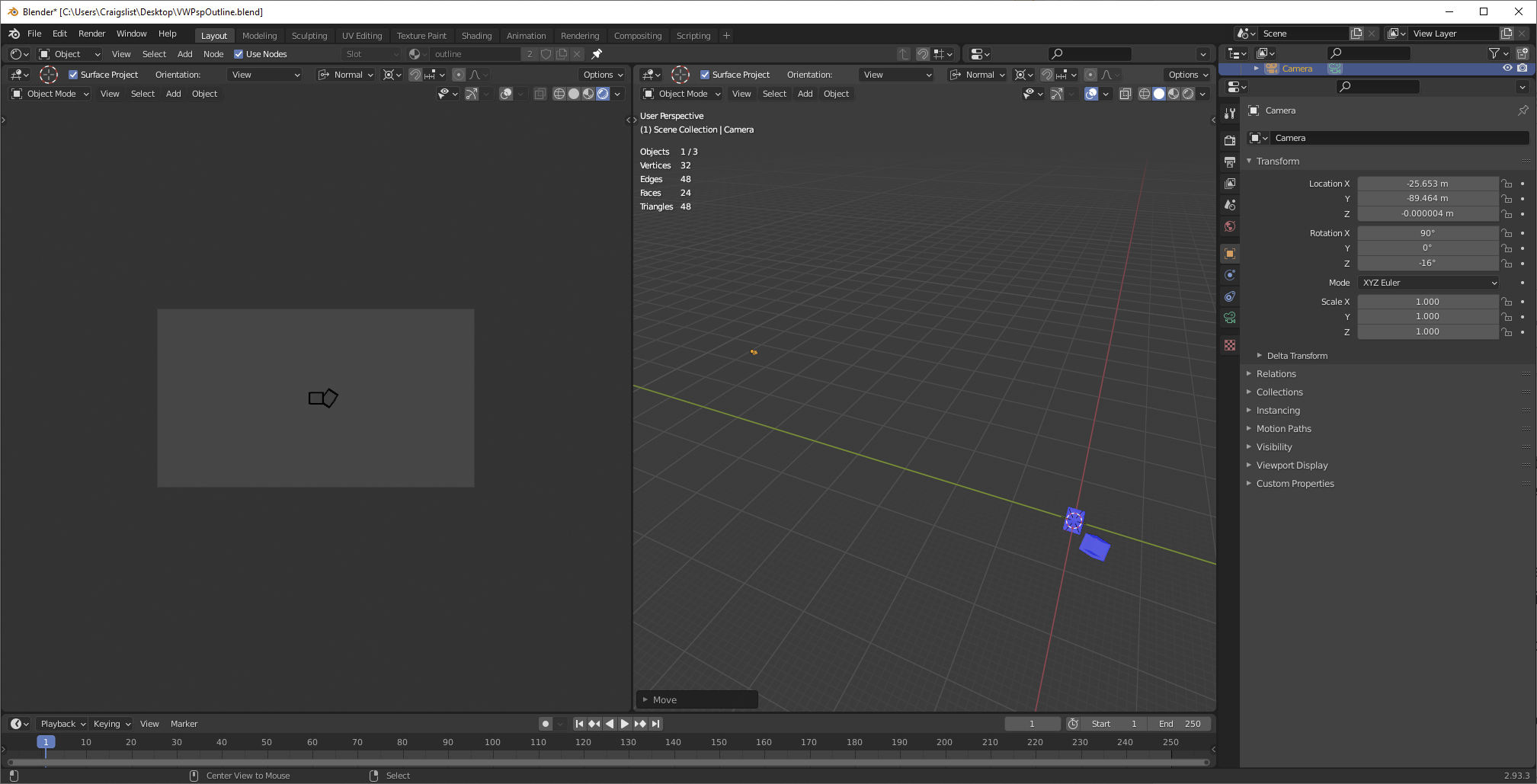 Outlines are the same width.

Here's a file so you can play with the camera and see it working:

10
How to set camera horizontal and vertical FOV

0
define the prop of a driver with a script?
0
Set Driver Target Object from the Console
3
How do I match the range of a distance driver to the value range of a key shape?
0
Rigging a Wheel to Turn Corners: Drivers vs. Bones