export animation to fbx or md2

I've been using blender to export models and simple animations into an augmented reality environment, but I'm starting to run into exporting issues.

Specifically, I'm trying to animate a wire plugging into a connector. My setup is a cylinder with a curve modifier, with a few hooks that have bones attached to them. The animation itself looks great, but when I try to export, the cylinder doesn't move (the connector on the end of it, which is a separate object, moves fine).

I suspect that it has something to do with the modifier getting applied, or not applied during export. I also tried using shape keys, but they don't like to play along with the curve modifier.

I can export to md2 or fbx.

Can anyone steer me in the right direction?

On second read, I think I understand better. You are exporting a mesh with a modifier to an engine that doesn't support the same modifiers. Most realtime engines only support bone animations - a lot of them don't even support shape keys. Basically, you can't do what you are doing :)

You have a couple of options:

1: animate it in a way that doesn't use curve modifiers, only bones (might not be easy though)

2: save your mesh animation as an MDD (mesh cache) and load that into your engine, if possible.

3: See if you can set up an equivalent to a curve modifier in your engine. For example, you might be able to make a script that makes the wire traverse through a series of null points. This depends on the engine you are using though.

Did you check to see if this button is enabled in the modifier? 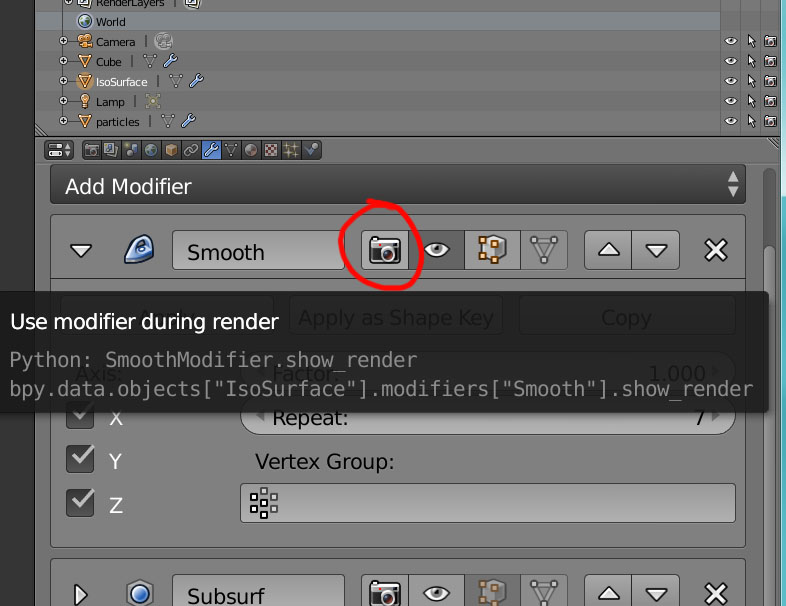 Not the answer you're looking for? Browse other questions tagged animation export bezier-curves or ask your own question.