Images as Plane with Principled Shader should be less influenced by the environment. Combine with Emission Node?

I have a person who was filmed behind a green screen and cut out. Now I have inserted them into my scene using "Images as Plane", but I have a problem: I want to be able to determine how strongly the person is influenced by the environment. If I set "Principled" under Material Settings when importing, it is 100% influenced by the environment in terms of brightness, etc. Often, however, the picture appears too dark compared to the environment and the colors are sometimes changed too much. I tried to work around the problem with an emission node to make the video brighter, but I just couldn't get it to work. Does any of you have experience with it or how do you do it? Thanks!

Here with the normal principled shader. The person is influenced by the light, but a bit too dark. 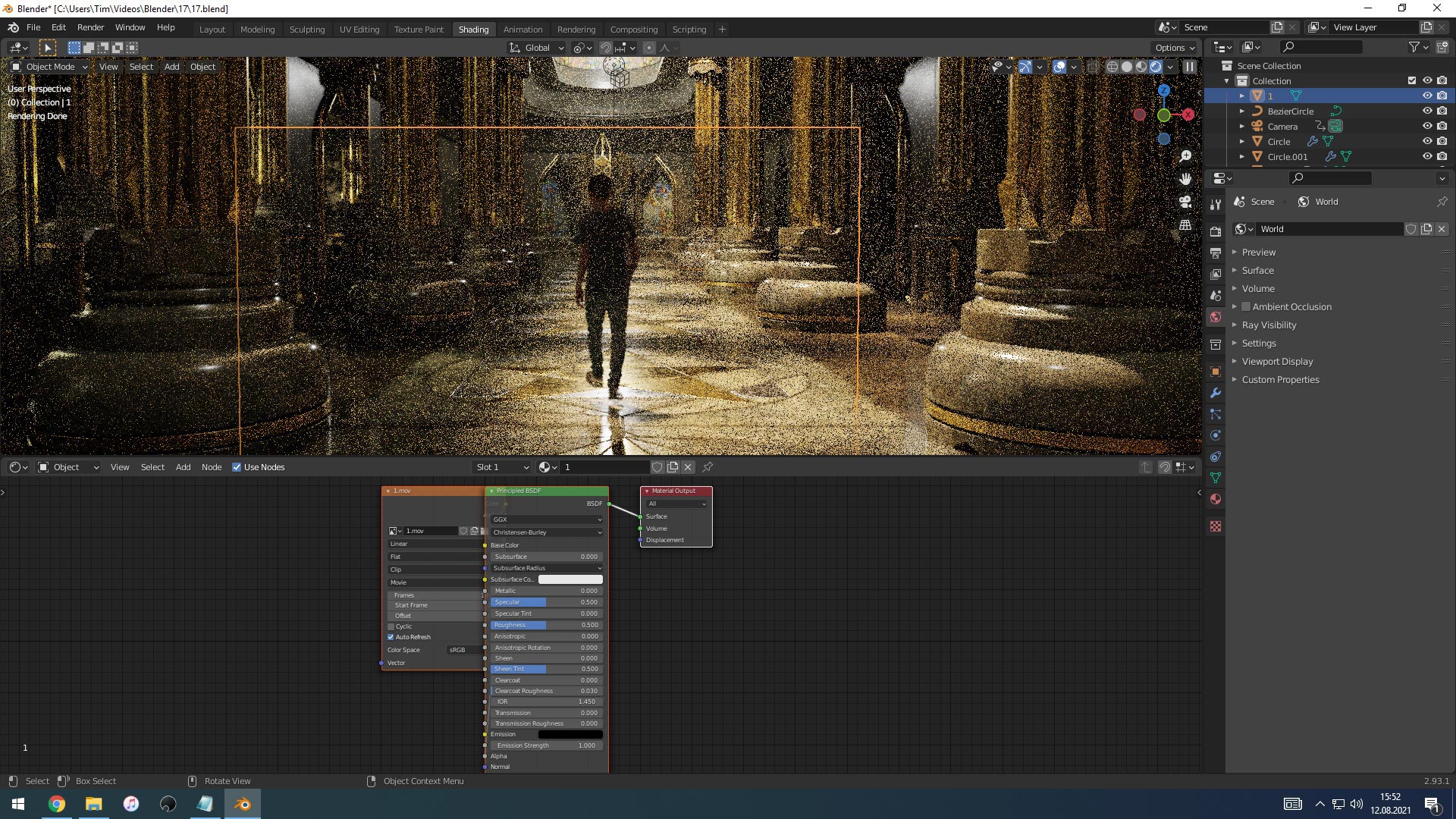 Here with an emission node. I can control, how bright the person is, but it isn´t transparent and it is also no longer influenced by the environment. So I want it to be influenced by the surroundings, but still want to be able to increase the brightness of the person a little if necessary. 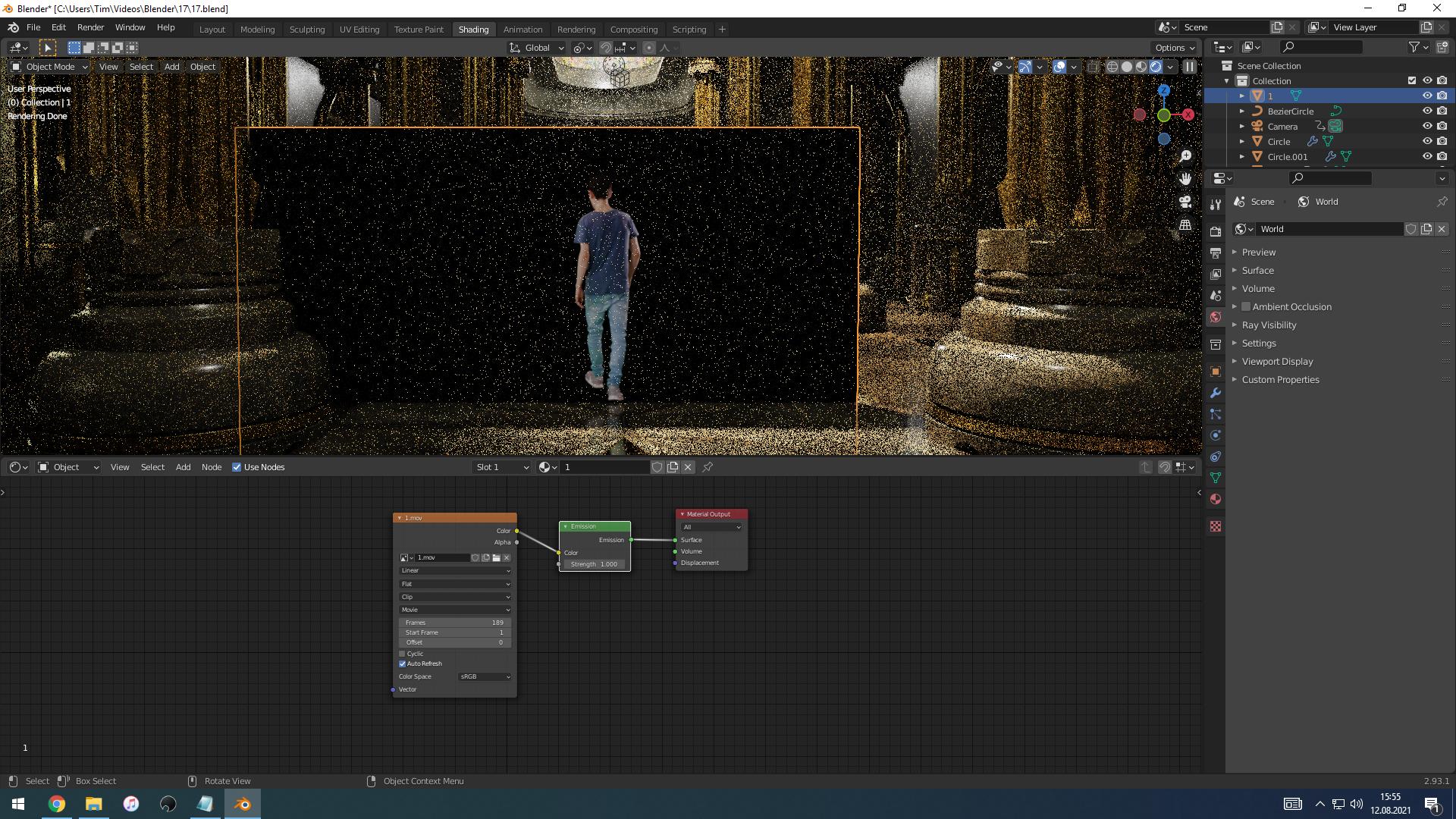 You could use the Mix Shader Node like this:

100% afected by the enviroment: 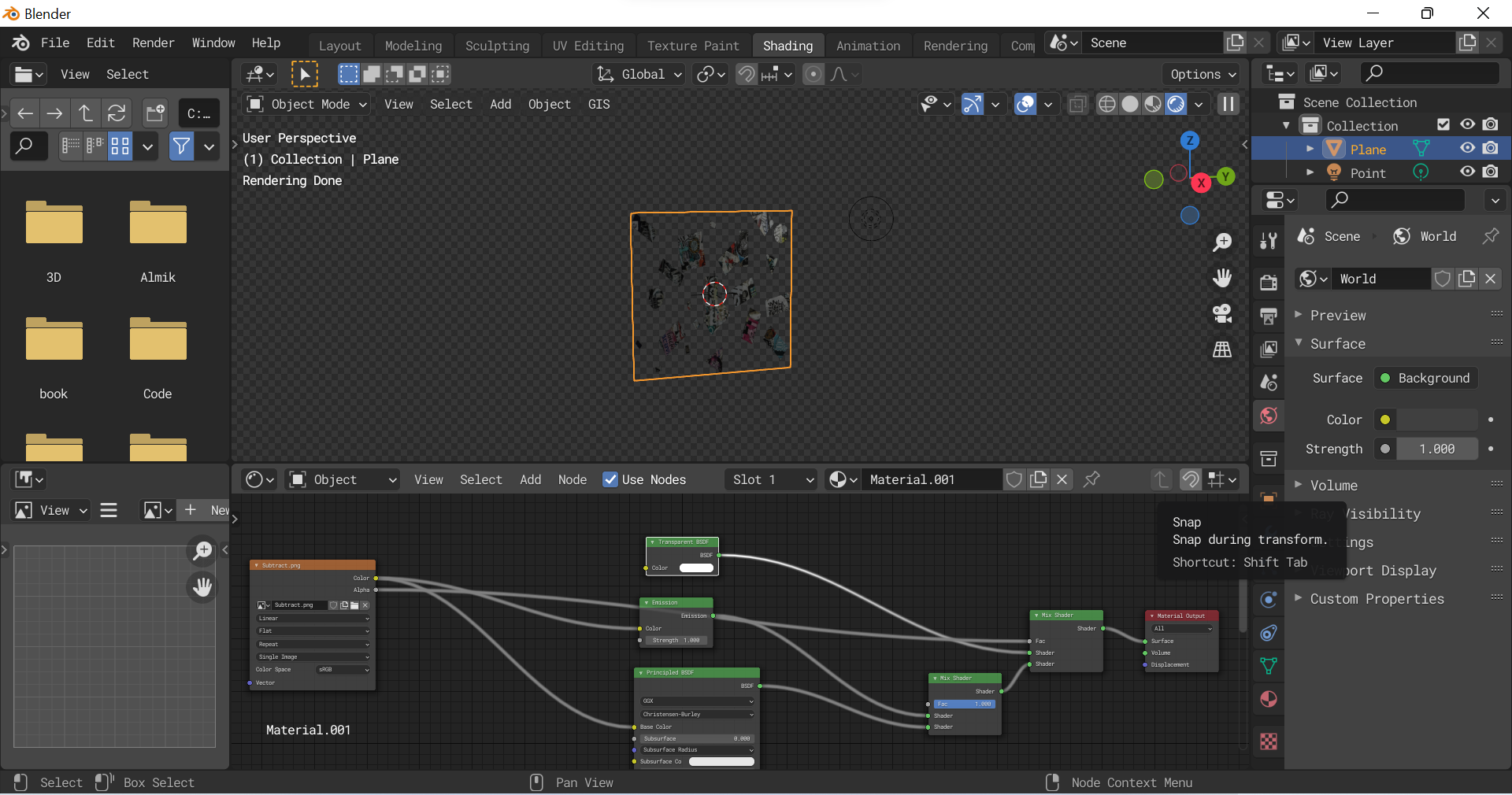 50% afected by the enviroment: 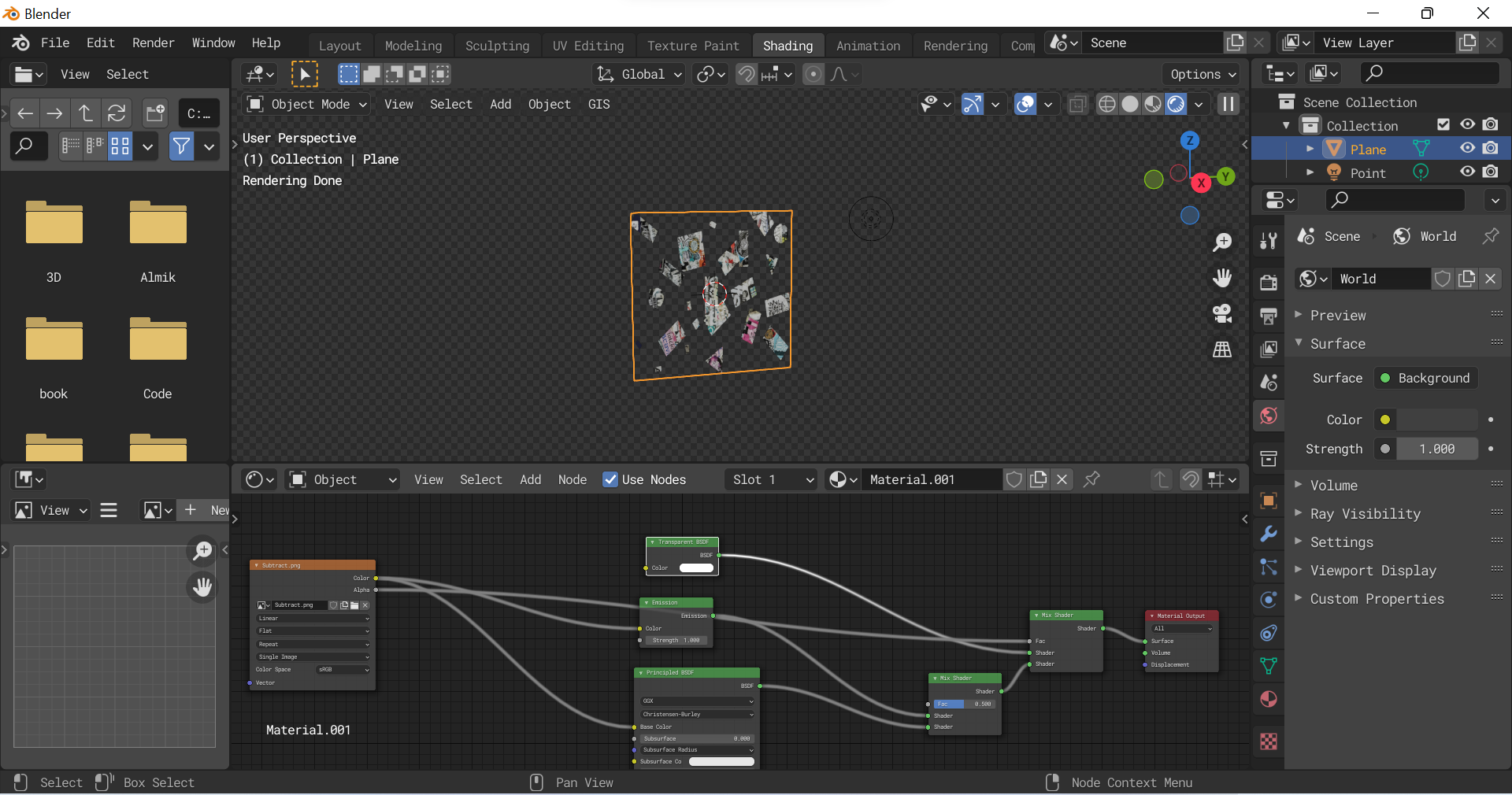 0% afected by the enviroment: 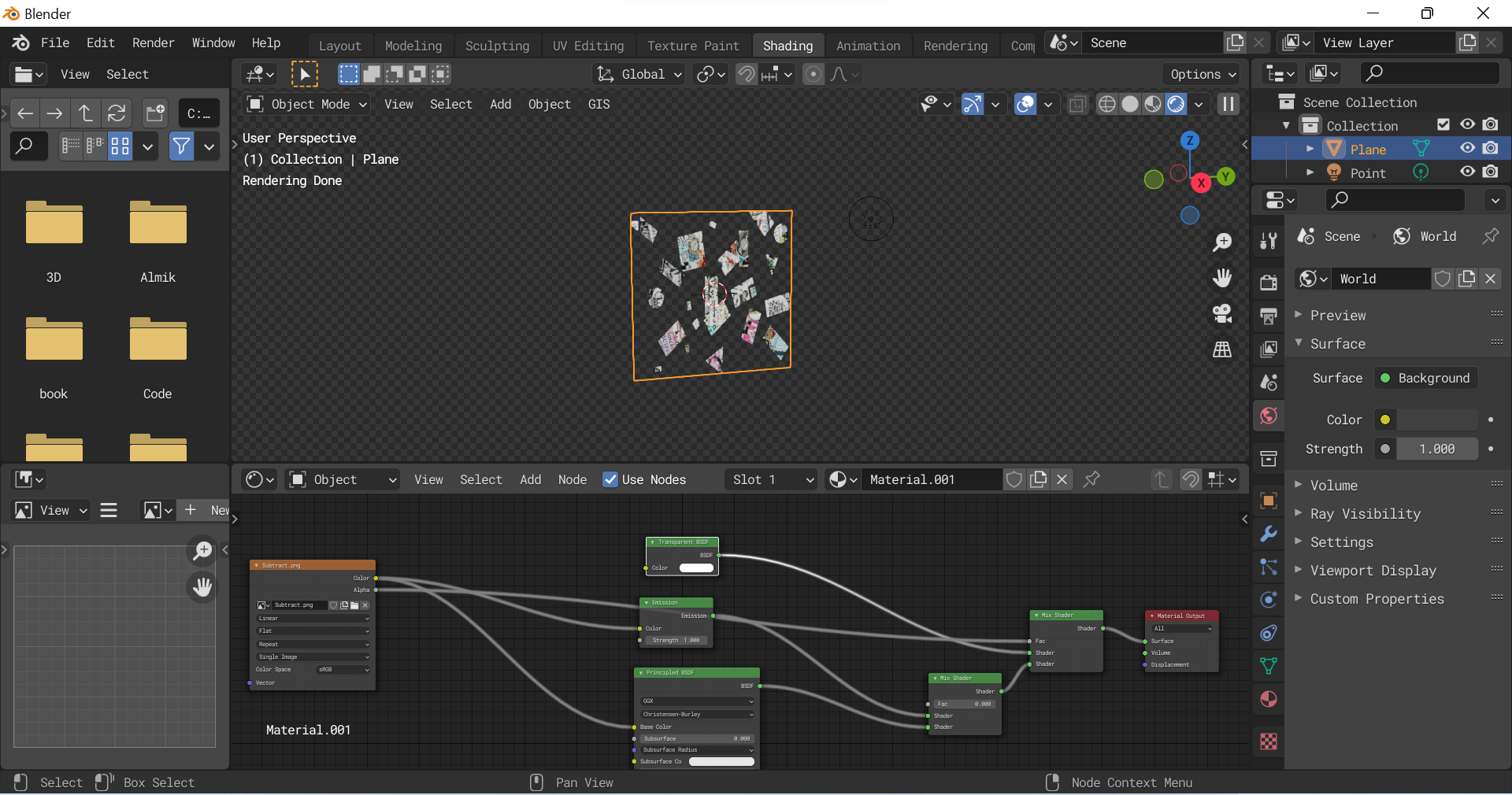 The second Mix Shader Node setup is for a Image Texture with transparency to work.

You need to mix a transparent shader with the emission shader, using the alpha channel of the image to select. Something like this:

Not the answer you're looking for? Browse other questions tagged materials light image lighting color-management or ask your own question.

7
Using an Emission shader with textures without affecting the color of the mesh?
3
How would I get brighter color with the voronoi node?
8
How do you make an image emission without washing out the image?
0
Dark material = less reflection?
3
Transparent image like a decal on mesh with principled BSDF shader
1
No lighting is working at all
2
How to add background image with background environment and only render the first?