Cut a face with a pattern that goes off the face 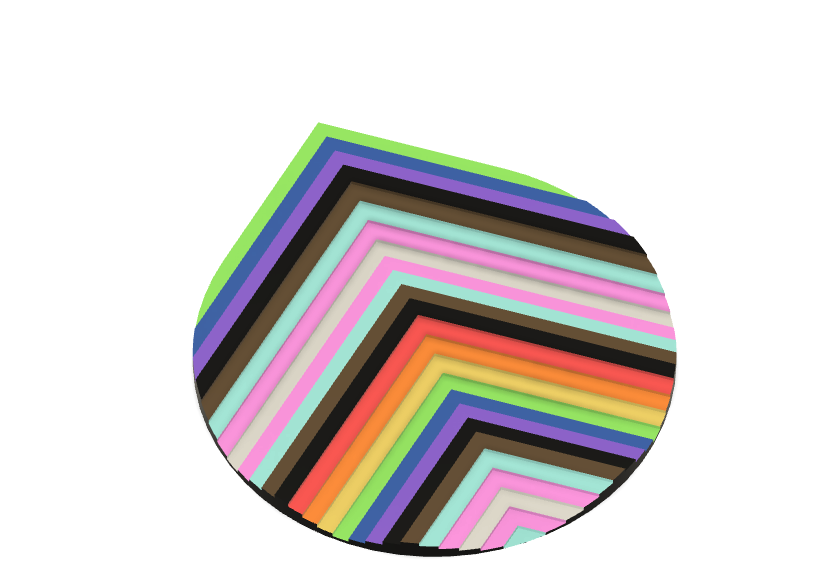 Start with a plane, scaled a bit on one axis. Add a loop cut to the center (lengthwise) and translate the edge to one side to make kind of an arrow shape. Add loop cuts widthwise to make the sections for the "stairs": 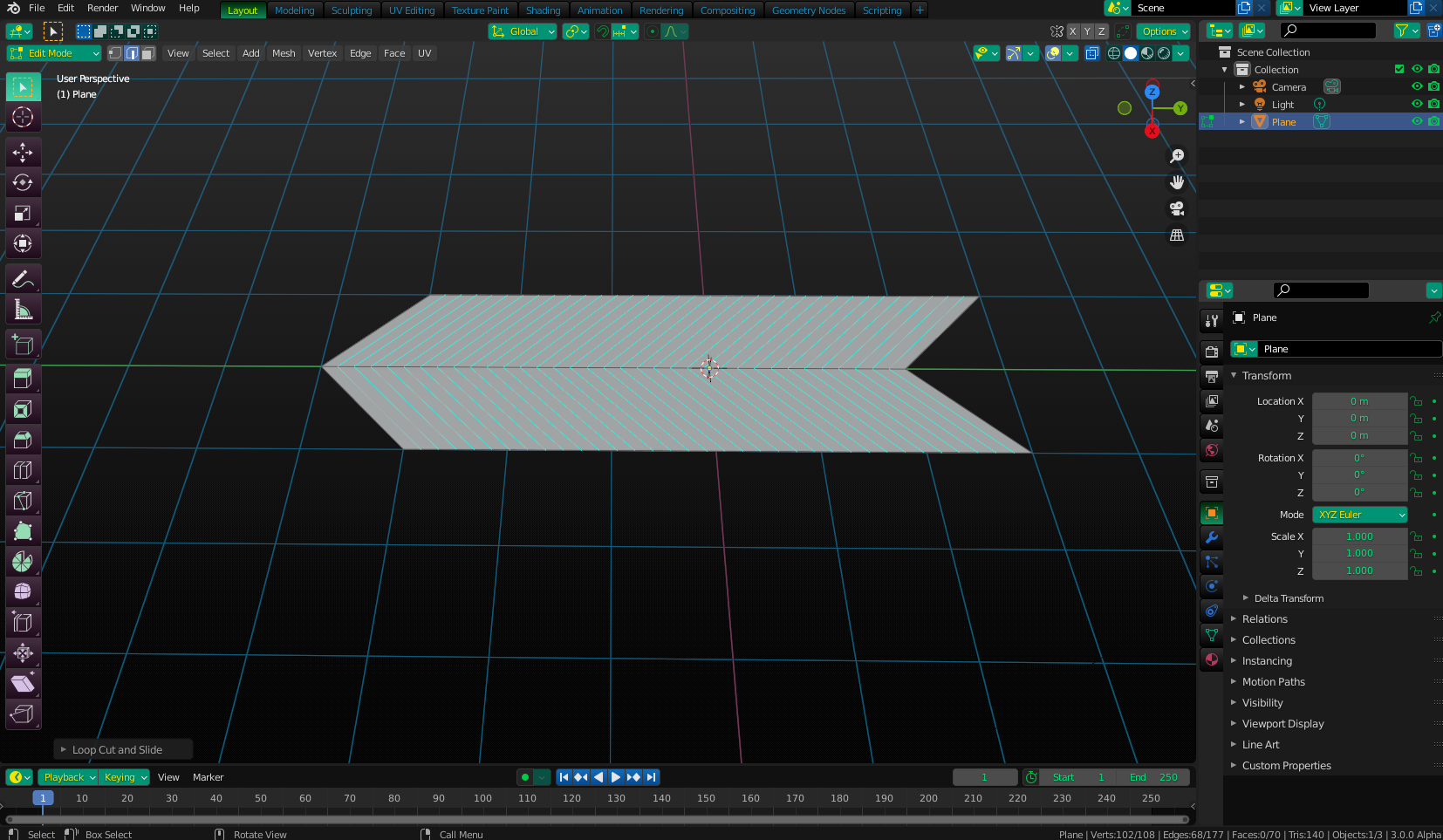 Add a cylinder (different object) and rotate it on the Z-Axis by 5.5 degrees, so the flat sides of the cylinder (instead of the "points") line up with the edges of the plane. As you can see from the image, the cylinder is slightly smaller than the plane - scale along the relevant axis until the edges line up. 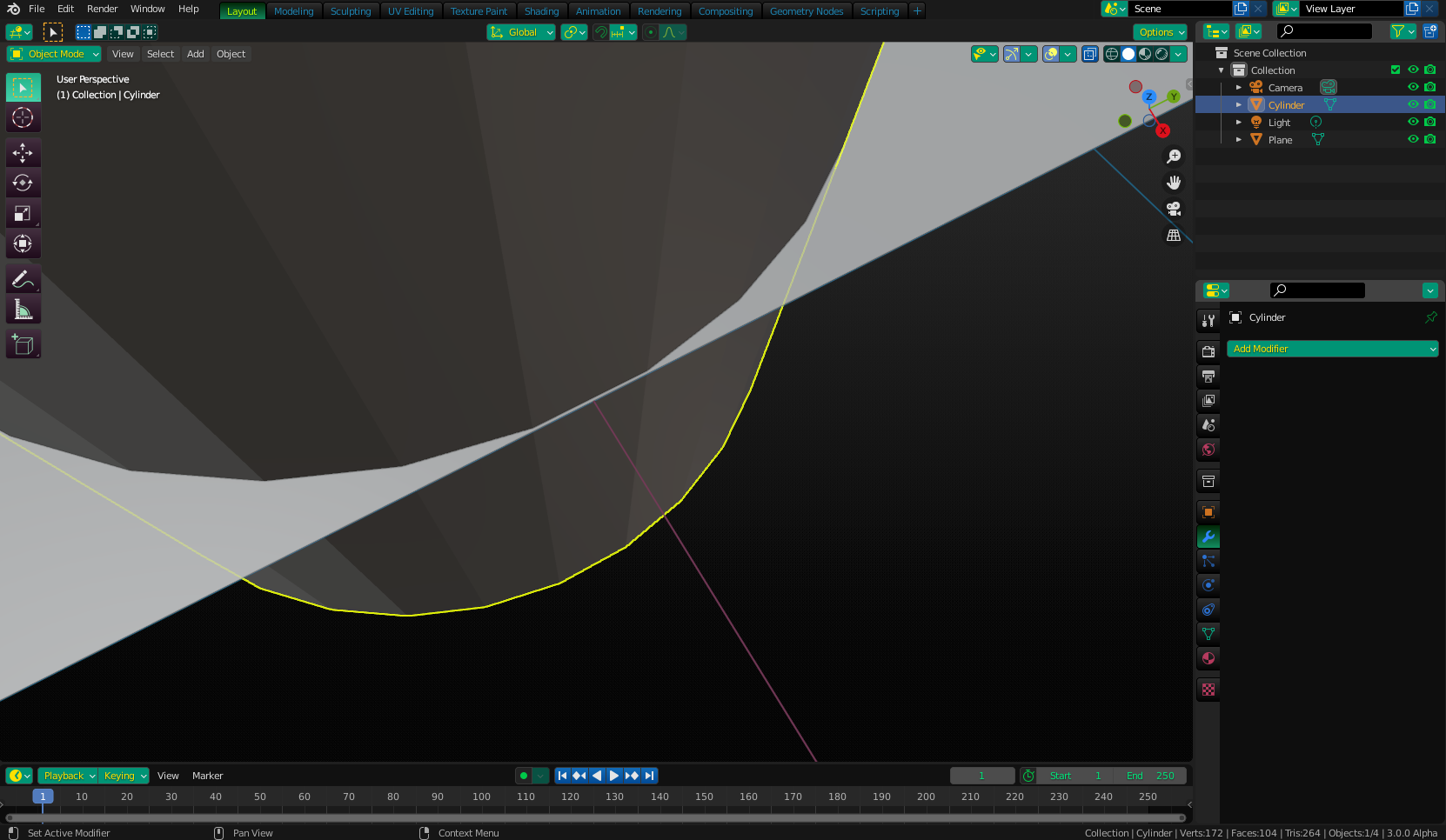 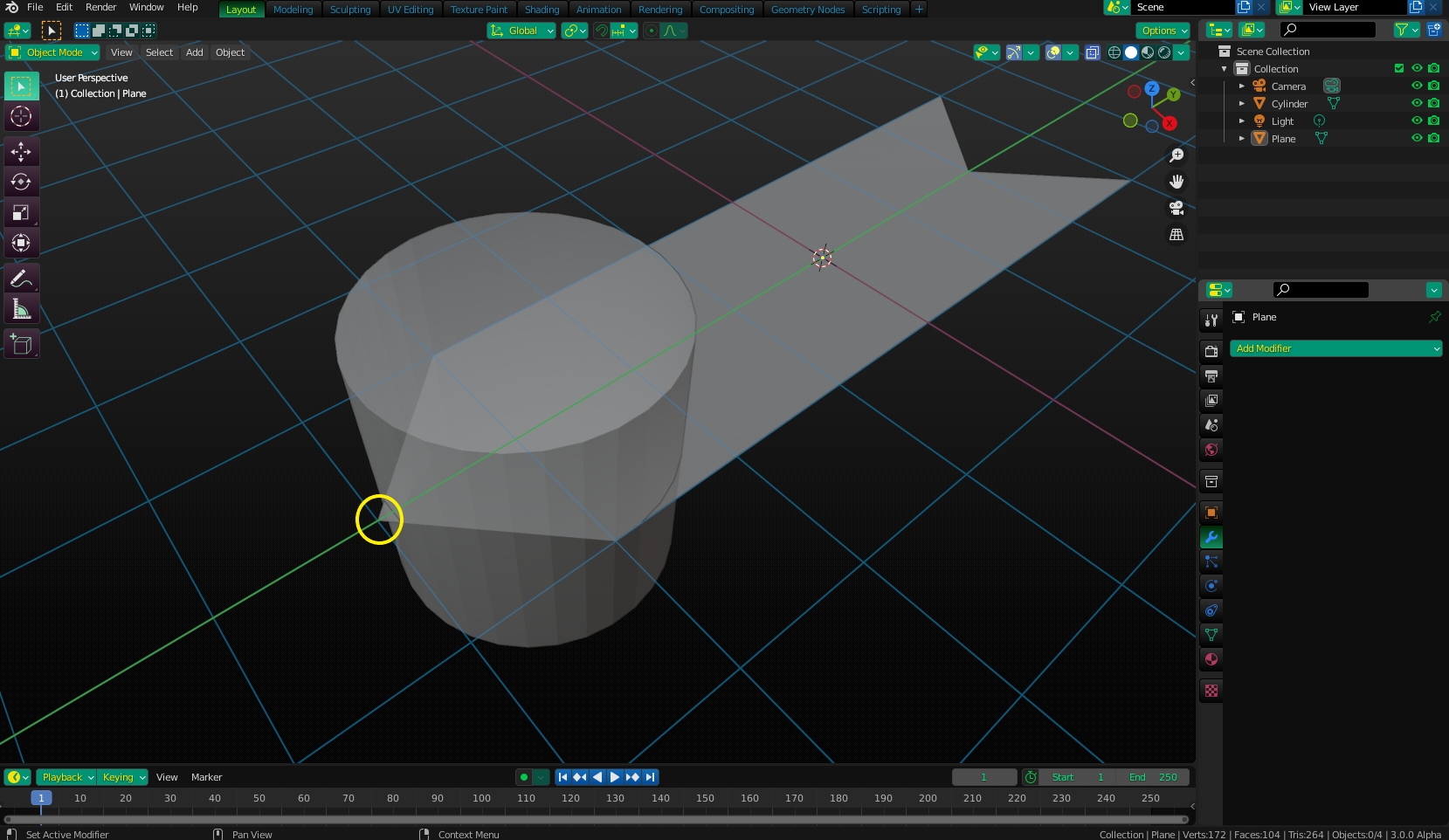 Turn on Proportional Editing (O) and move the front face away until the whole arrow is inside the cylinder. 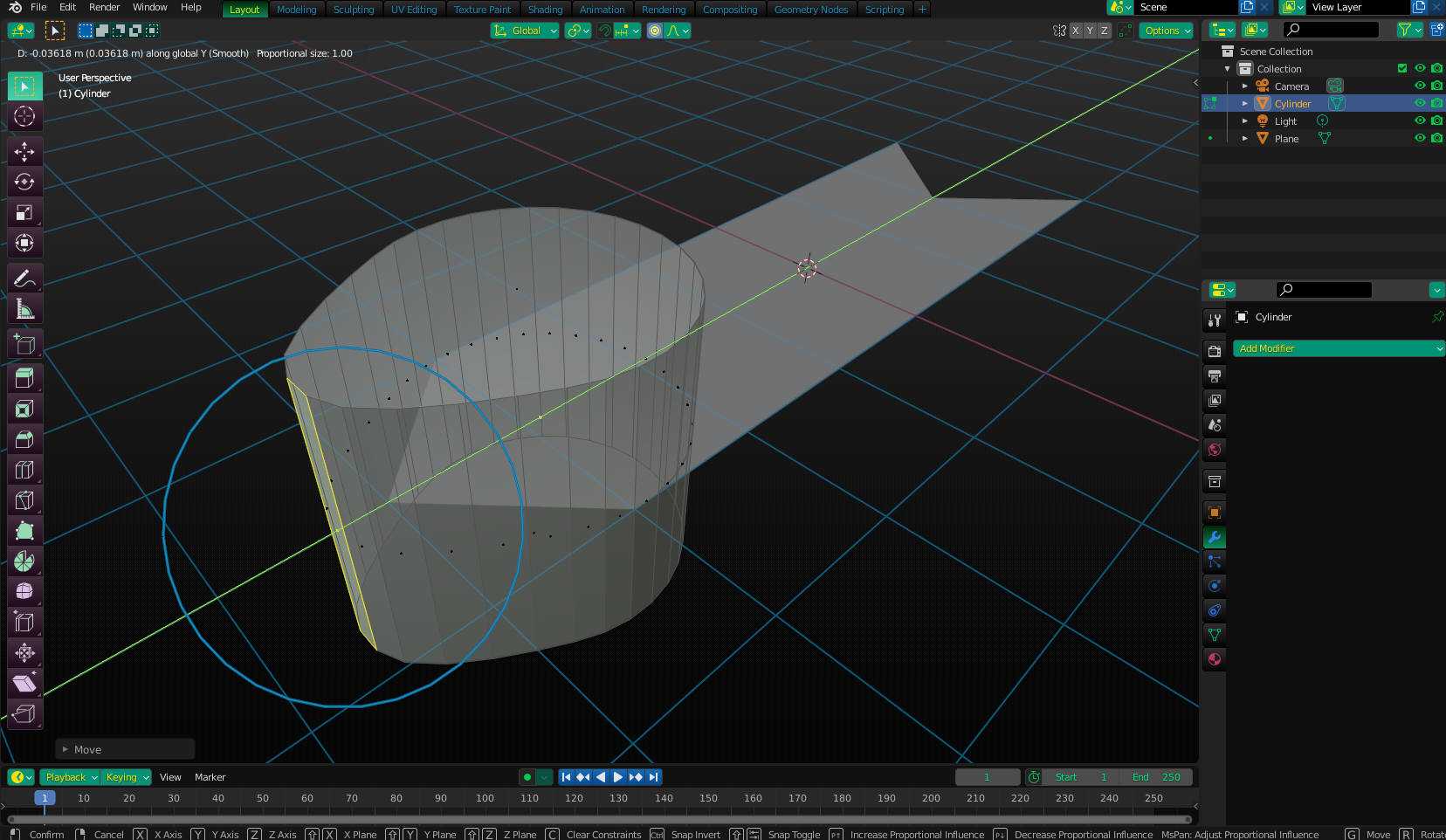 Select the plane and add a Boolean Modifier set to Intersect. Choose the Cylinder as your boolean object. 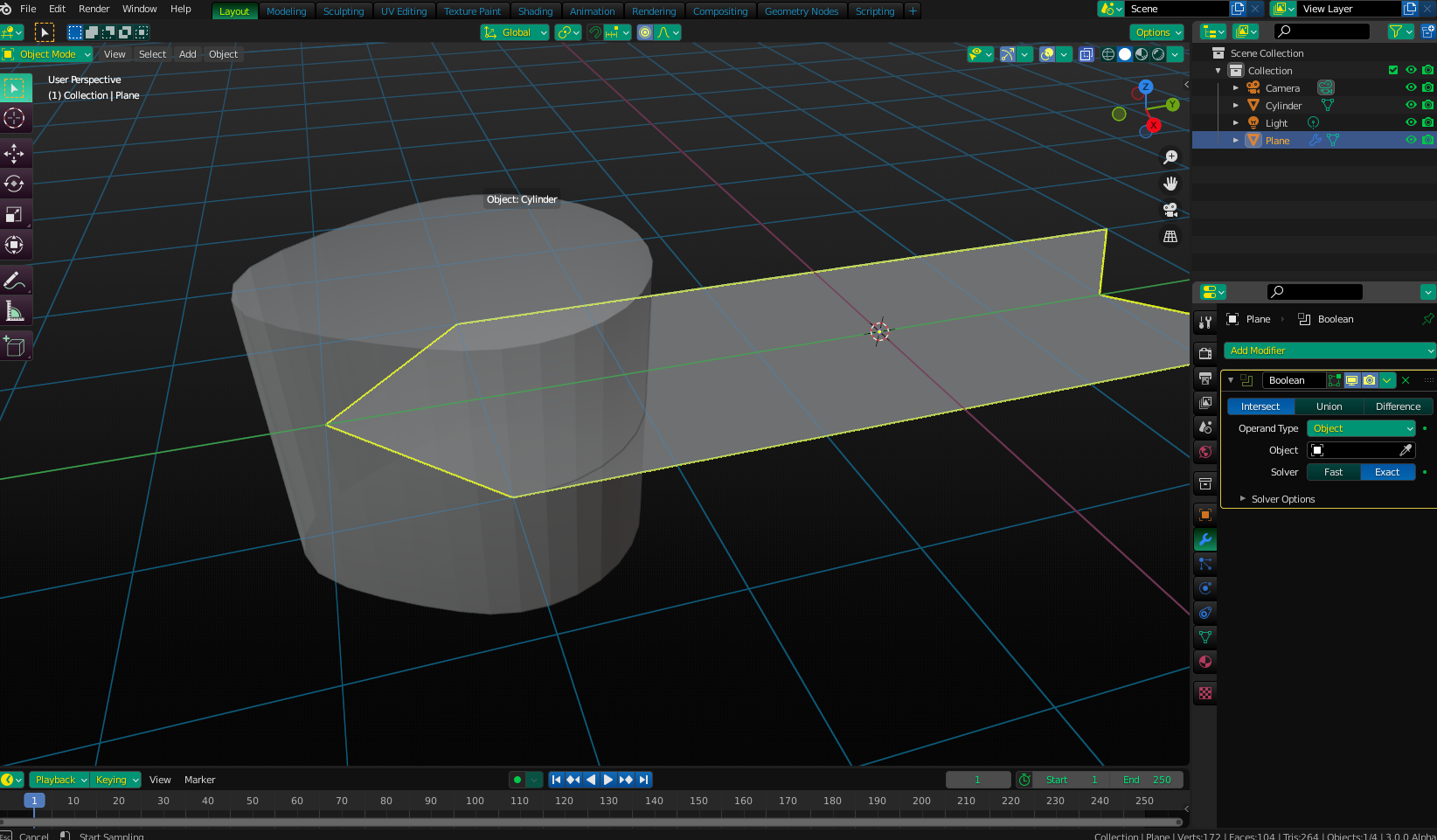 Apply the modifier. After it is applied, you can delete the "cutter" object. 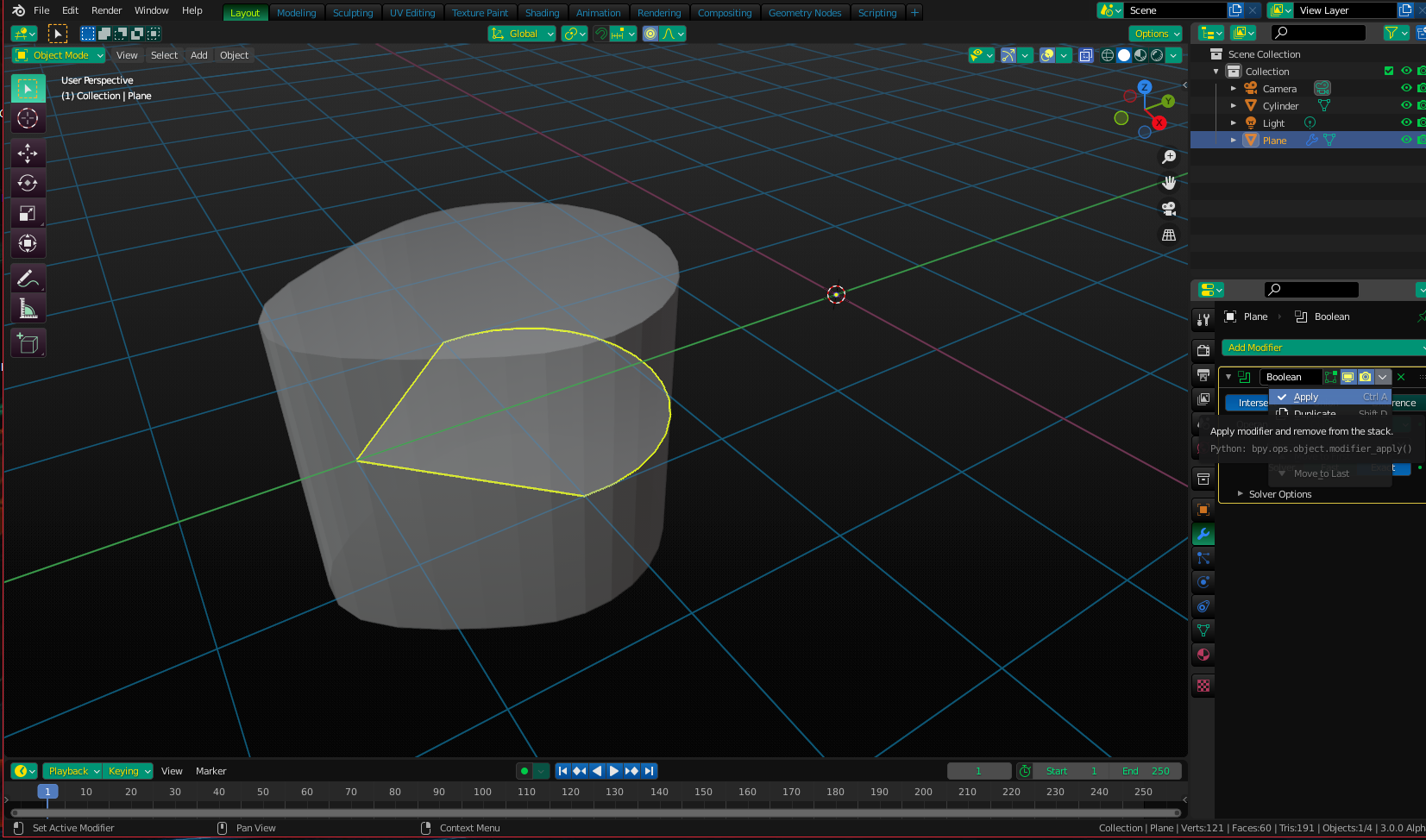 If you look at your mesh in Edit Mode, you will see that the boolean has left some stray vertices. Select and dissolve them: 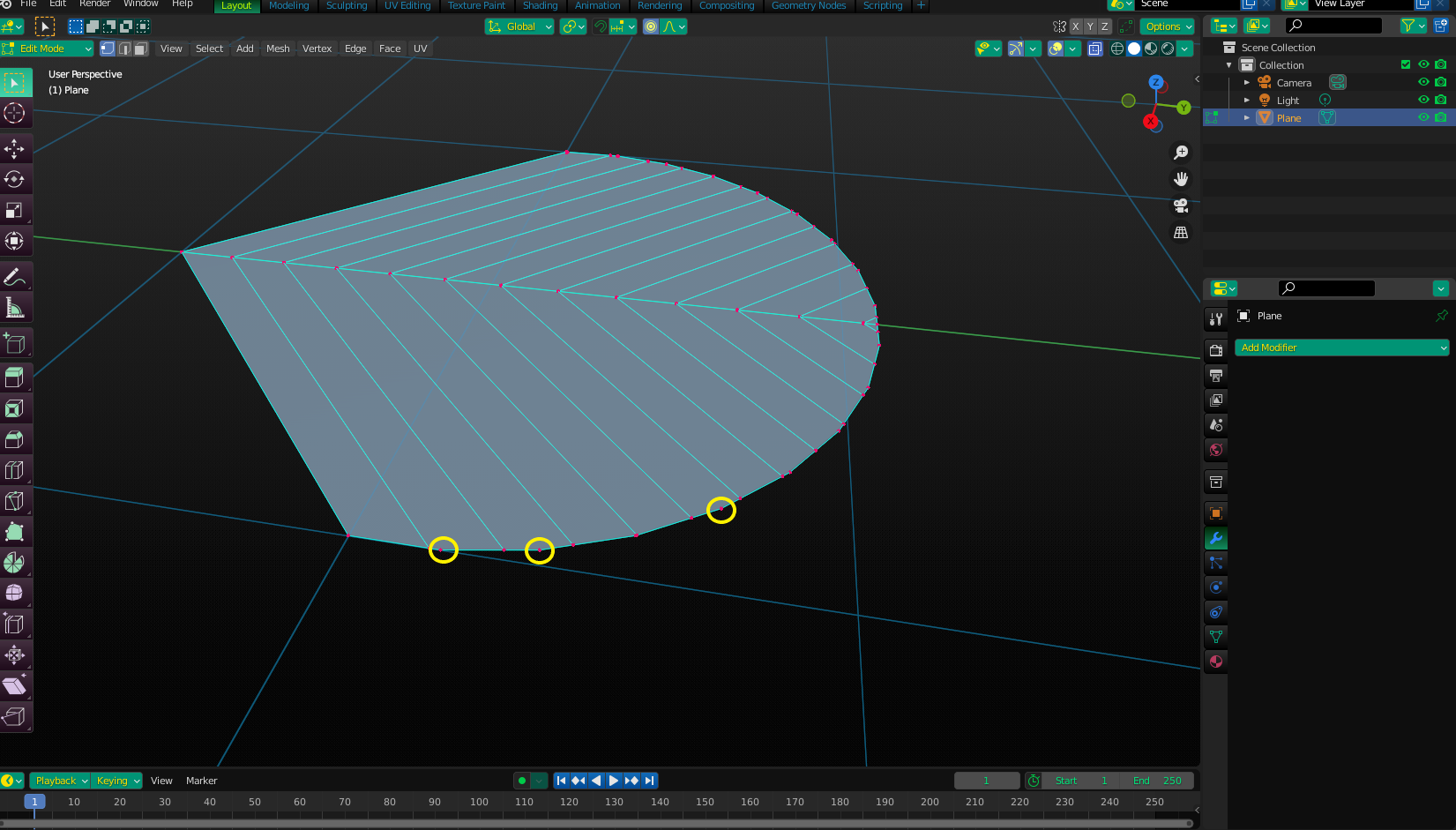 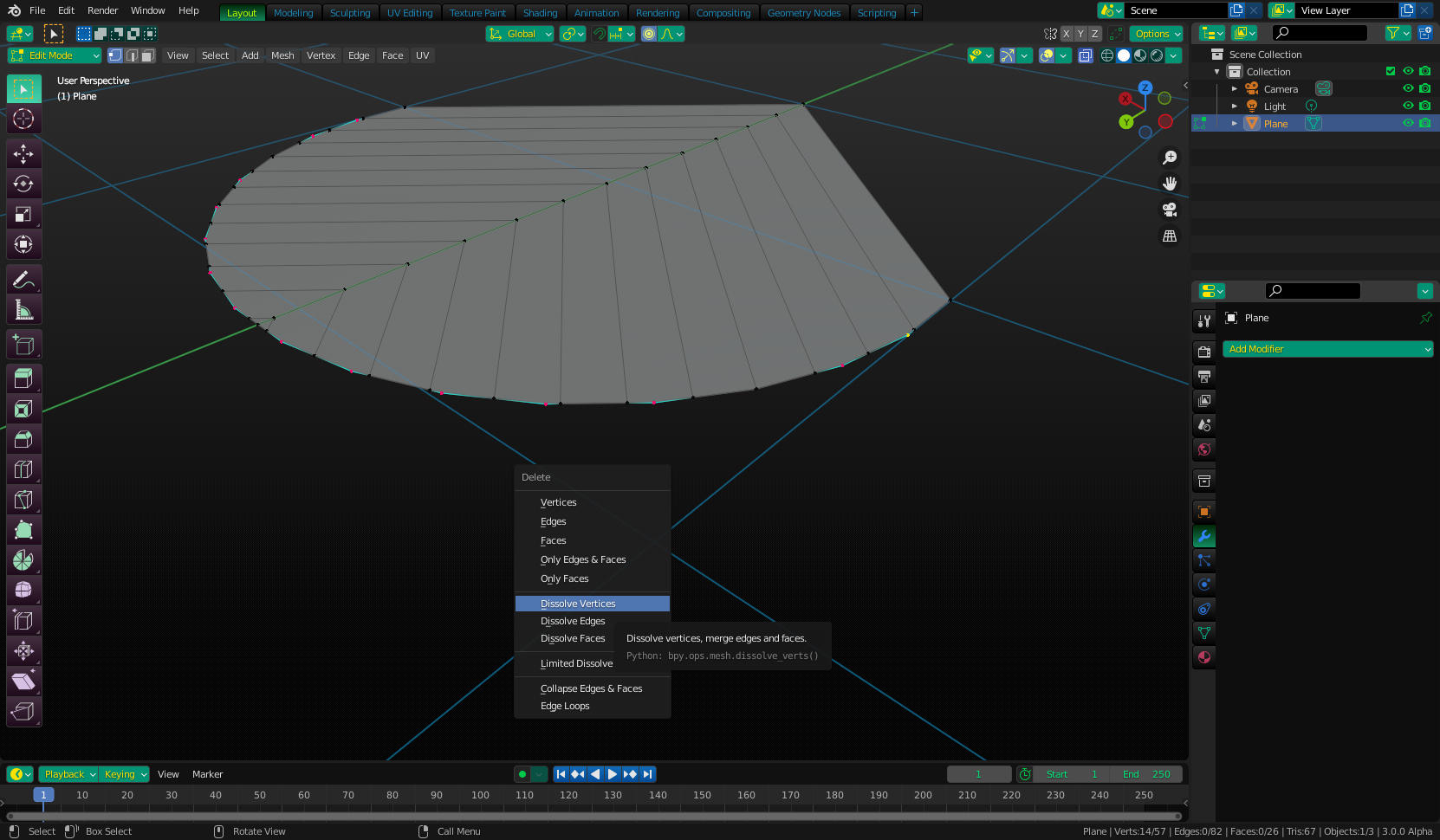 You now have the base shape from which to extrude your stairs: 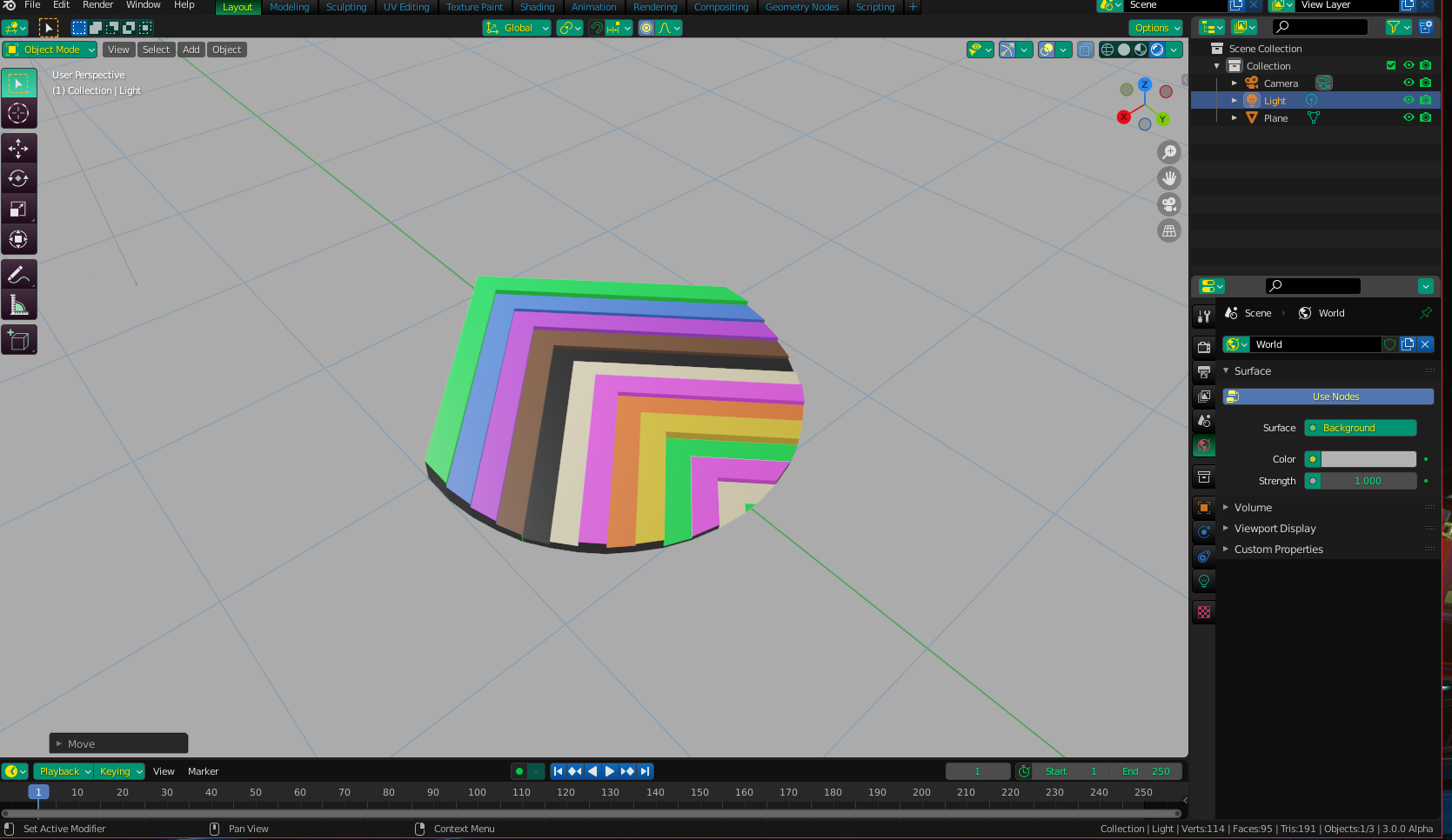 Not the answer you're looking for? Browse other questions tagged faces extrude or ask your own question.

1
how to extrude an edge that stays connected with the face?
7
What is the fastest way to do a cut extrude / inward extrude?
0
How do I make the face smaller?
0
Loop Cut failing some of the faces
2
How to extrude faces in the form of triangles depending on their position?
0
How to cut a quadratic hole into a face of a mesh?
1
How do I indent a shape from an SVG file into the face of a cube (ie to make gaming dice)?