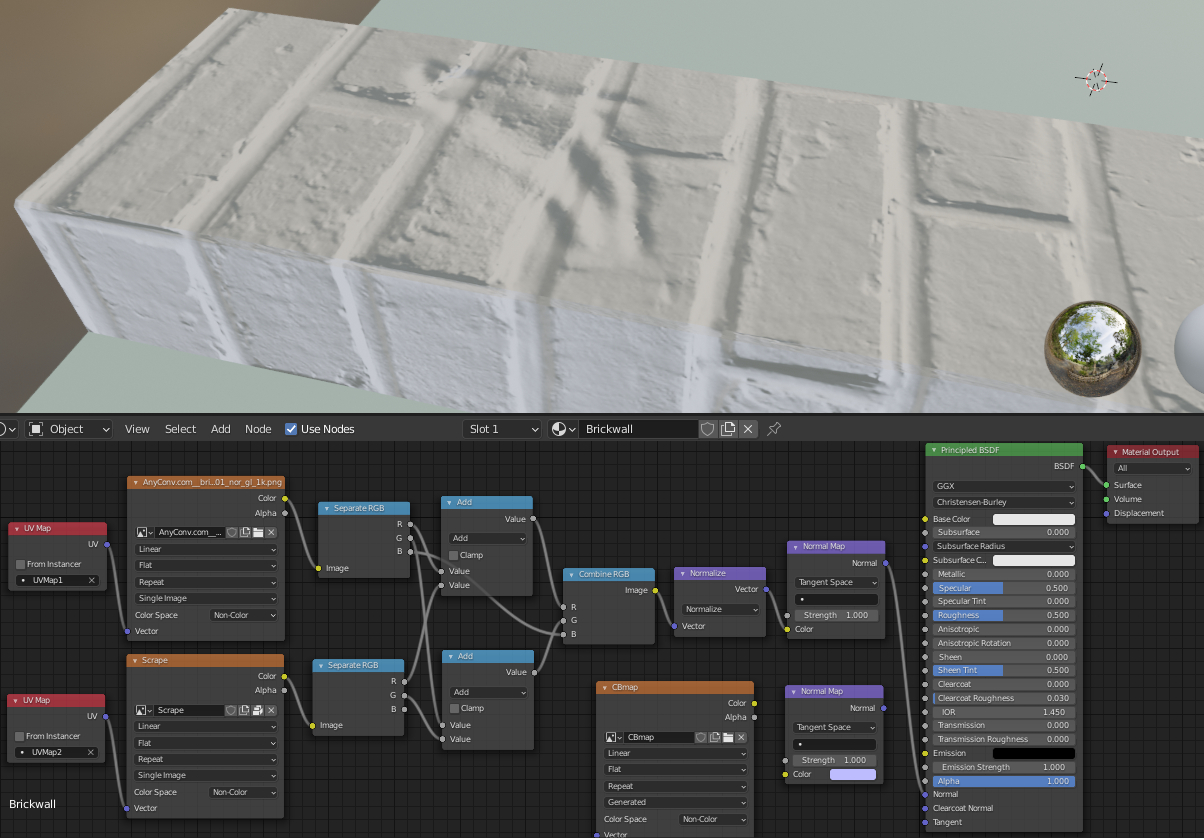 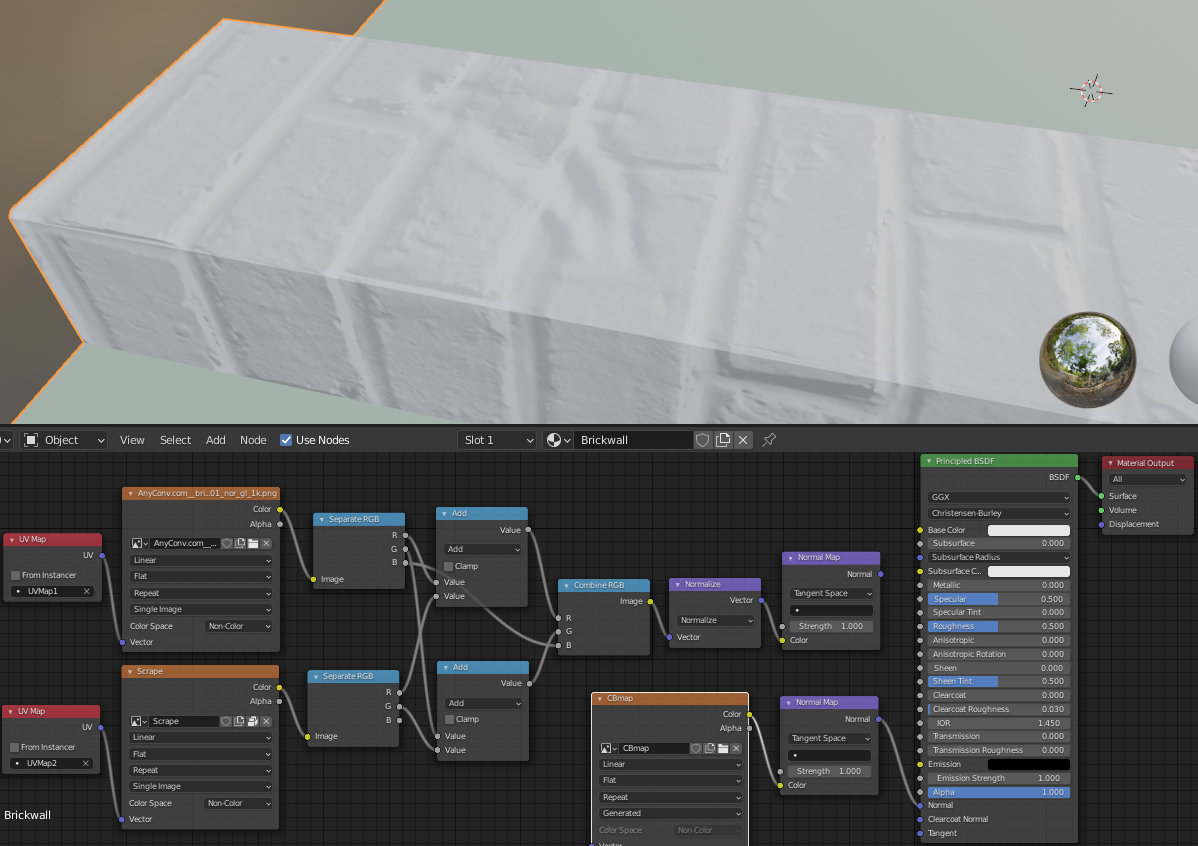 Hello. I’m trying to combine two normal maps: brick wall and sculpted scratch. In viewport it looks fine, but after I bake it into third separated texture – I get very “pale” result.

At first I thought that I simply made some mistakes, but now I start to think that everything works as intended and baked result is different because normals of the object also were taken into account.

So please explain to me, why my baked result is very different from viewport and how could I get proper one.

The inconsistency in brightness is due to the difference in how Eevee and Cycles(used to bake the texture) handle the normalize node. That is why your baked texture looks brighter.

Instead, you can use these one of these two options that are consistent across the two render engines.

Use a mix node set to mix with another black and white image plugged into the fac, masking areas you want mixed in.

Aside, The method your using doesn't seam quite right. Testing your normal file with a single point light in the center, it appears to be skewing. Maybe because it isn't combining the blue channel. 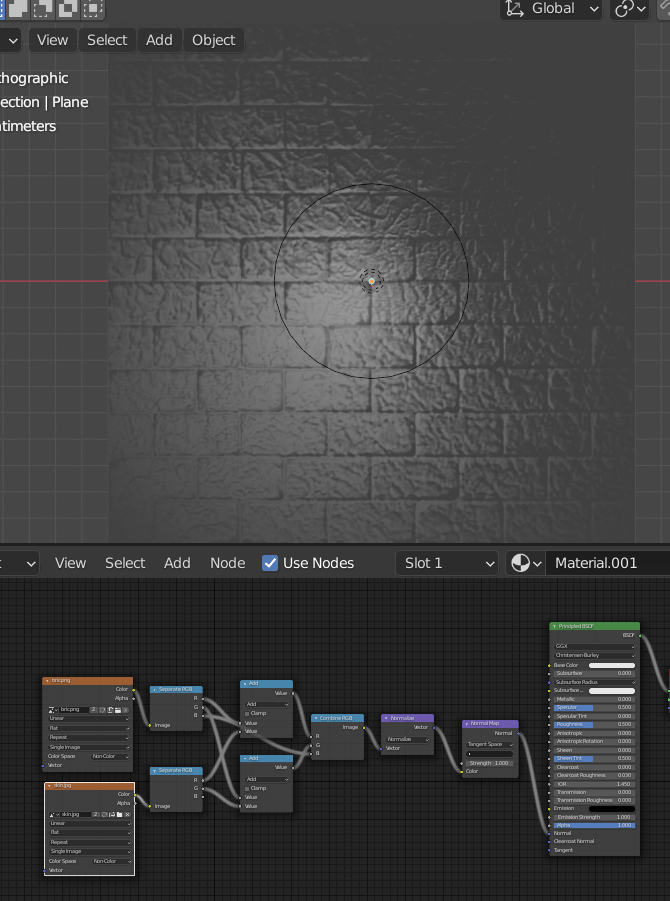 It resulted in this bake which is too bright like you described: Here's the example with the method suggested in this response. Notice the point light distribution has no apparent skewing: 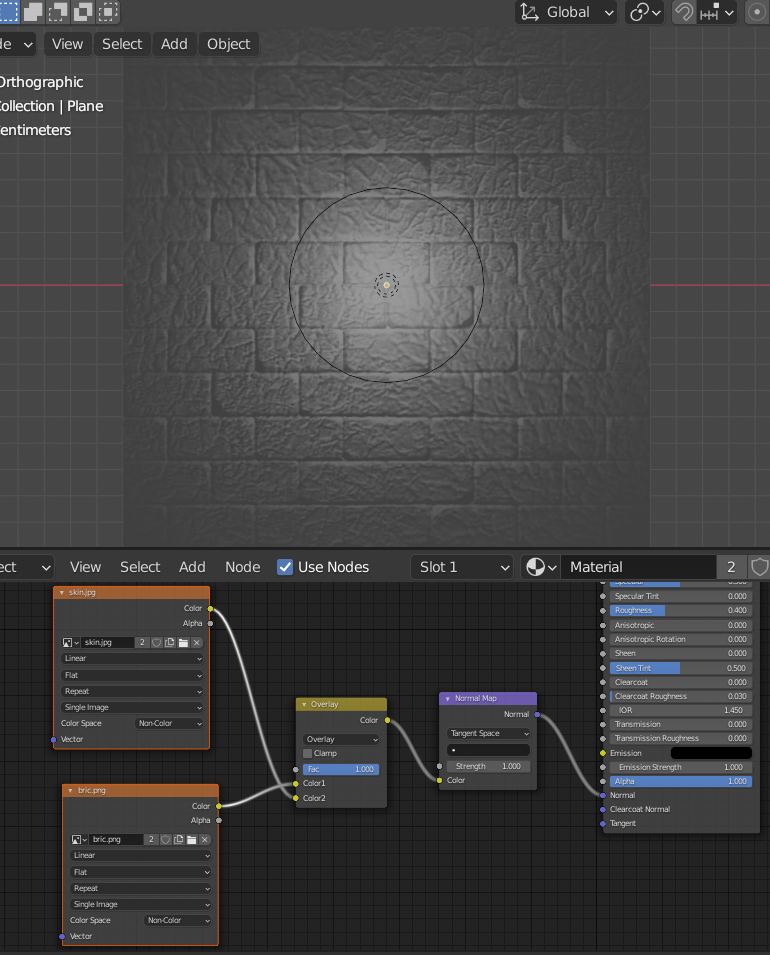 Here's a comparison of the baked normal maps from the two methods(yours on the right). 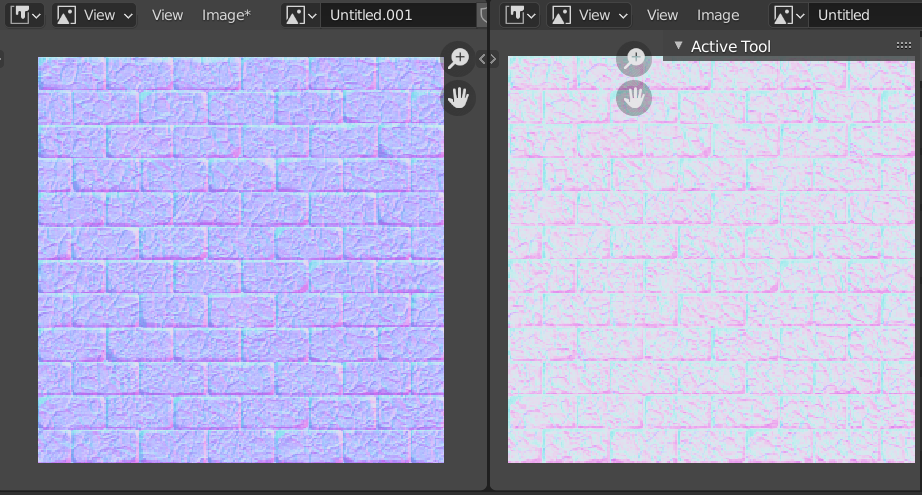 I hope this helps!

31
How to Combine two Normal Maps?