Why is the result of this calculation 0 and not 1?

Why is the result of this calculation 0 and not 1? 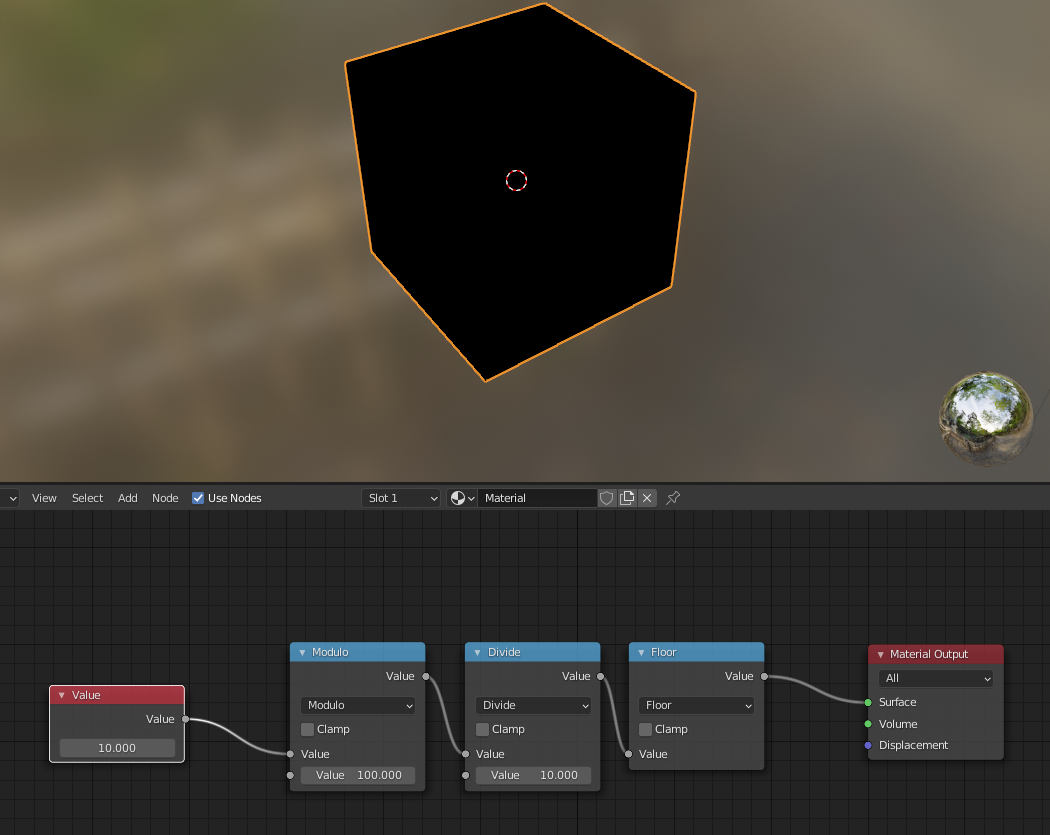 This is caused by accuracy problems of floating point numbers. Those problems [typically?] don't occur with small whole numbers like 10.0, as you can see for yourself here:

You can also test your node setup by disconnecting Math > Modulo and inputting 10.0 manually as the first Value of the Math > Divide node. This shows the problem happens inside the modulo node.

I'm not well versed in the Blender source arcane, but it seems the source of that node is in COM_MathBaseOperation.cpp

I get correct results:

So I suspect that behind the scenes, the numbers aren't evaluated as presented in the node setup. Perhaps they are scaled down for some reason?

I think in order to stay sane, you should always assume that your number may randomly increase or decrease by the smallest possible step at any point, so think of it as randomly increasing/decreasing by 0.00000001 and work around that.

As a bonus, try to set your divisor in the Math > Divide node to 9.999999. Once you test it and see you get a white material, click on the value, change nothing, and press Enter.

Not the answer you're looking for? Browse other questions tagged texturing mathematics or ask your own question.

0
why is my texture split and not one image?
1
Why ray_cast is behaving like this?
0
Why are there dfferences between Textured and Rendered modes?
0
How do I adjust the renderer to get the same result as on this sketchfab preview?
1
Different result between applying matrix to mesh and applying matrix to object