Texture image erased for no reason

The image I created in blender and painted as my texture map has been blanked out to a total white image. TWICE. To make it far worse, this has affected all the save files of this project. The first time I finished it, left my computer for an hour or so and came back to it being erased. The second time I was on to baking the normals, messing around with multi-res mods and it abruptly was lost again. But again, the first time it just happened for no reason out of nowhere. I even did "save copy" the second time and the texture in it, and all 10ish saves is gone.

I have to assume the texture images are saved independent of the .blend files and somehow it got corrupted. The thumbnail for the image still shows my work, but the image itself is just blank white. Saved to external .png and confirmed. I'll try not to rage about the 4+ hours of work that vanished. Any ideas what the problem could be or how I could recover the texture ?

It is because Blender only saves the images you create in your RAM and not in the .blend file. Even after you save your blender file the image won't be saved with it, you will need to save it 'physicaly' by either pressing ALT+S (2.8+) or F3 (2.7-) or by going to Image>Save as Image or by packing it internally with Image>Pack as png. If you don't do that, your work will be deleted as soon as you close Blender or when you computer needs more RAM to work with (I assume that's what happened when you worked with multi-res).

Also pay attention to the little 'asterisk' near the 'Image' button in your menu, its presence indicates that your image still has some modifications that were not saved yet. 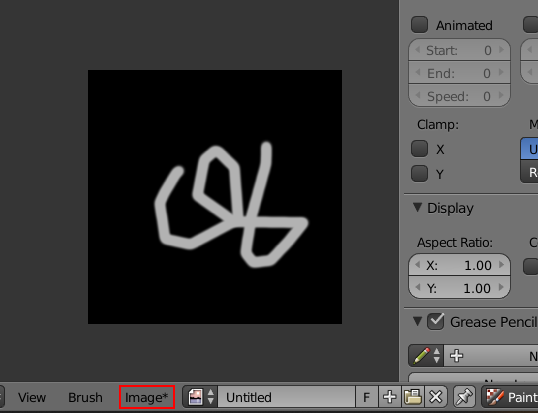 Just take the habit of saving your image often, right after you make modifications and you will avoid this kind of problem.

3
Export 3D model along with UV map: how to convert UV image into a material before exporting it?
2
Blender won't correctly load the texture file (png image) in my custom startup file. Why?