Why the material showing reflection

I have assign same material (Glass) to all the Balcony Glass. Why the material showing reflection like a mirror. I have check face are correct. Whats going wrong. Any suggestion. Thanks 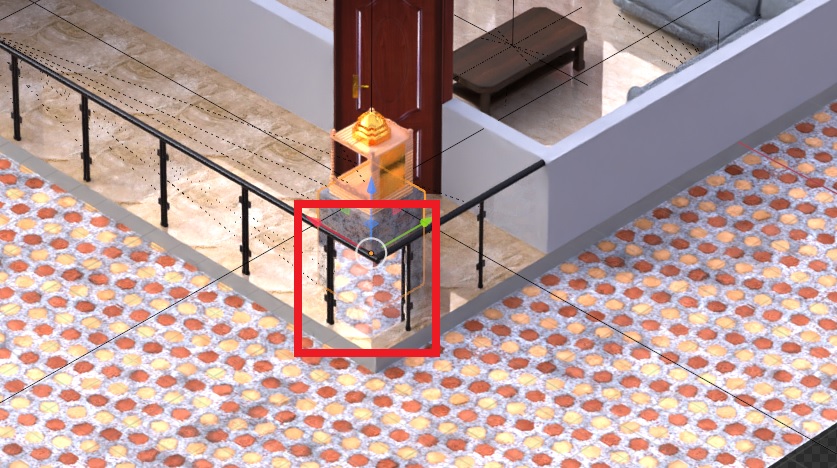 Your glass have different thickness.

If you lower your thickness (y dimension value) to 0 (as you did with the others) it has no reflection anymore.

Most likely a problem with flipped normals. With incorrect normals you'll see 'total internal reflection' where the surface acts as a mirror when viewed from an angle greater than the critical angle. Recalculate Normals or manually flip them in Edit mode.

I think the purpose of this setup is to make interior renders brighter if lit from the outside by a window, because using the default Glass BSDF lets less light pass through thus making the interior darker.

However, quite often this results in unwanted behaviour especially when using (physically correct) glass plates that have a thickness instead of being a single sided plane.

If you simply plug the Glass BSDF directly into the material output, the glass is alright. It's still reflecting like glass usually does, but not like a mirror. Notice that the one-sided glass now shows extreme refraction of the object behind, that's due to the Fresnel value which makes the object behind the glass appear as if it was stuck inside a block of glass, because the backside of the glass is missing. 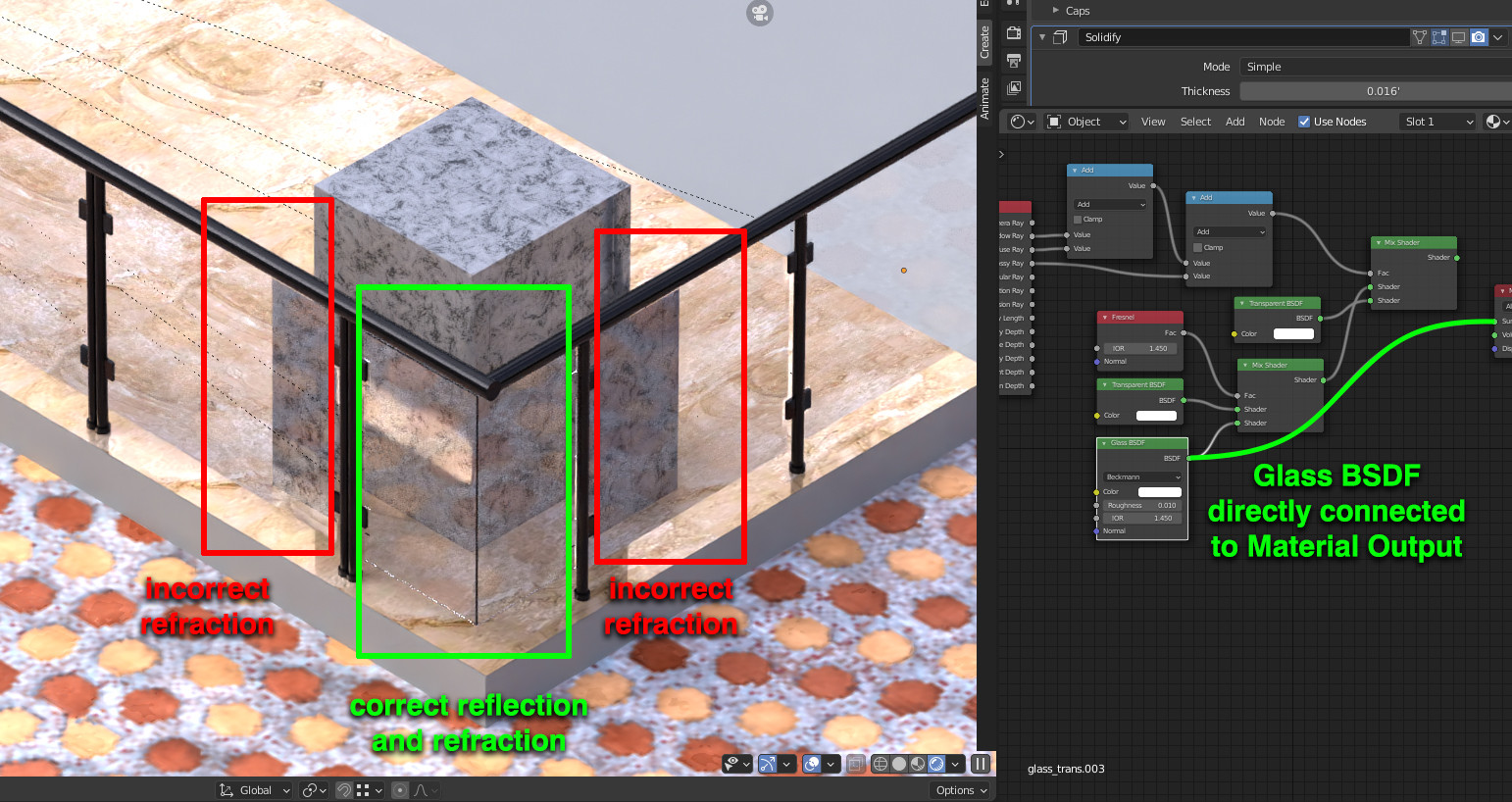 If the other glass objects would have a thickness to them like those on the corner, the refraction would be looking correct, too. And notice in this picture that the floor behind the glass isn't darkened as much as with the one-sided glass. 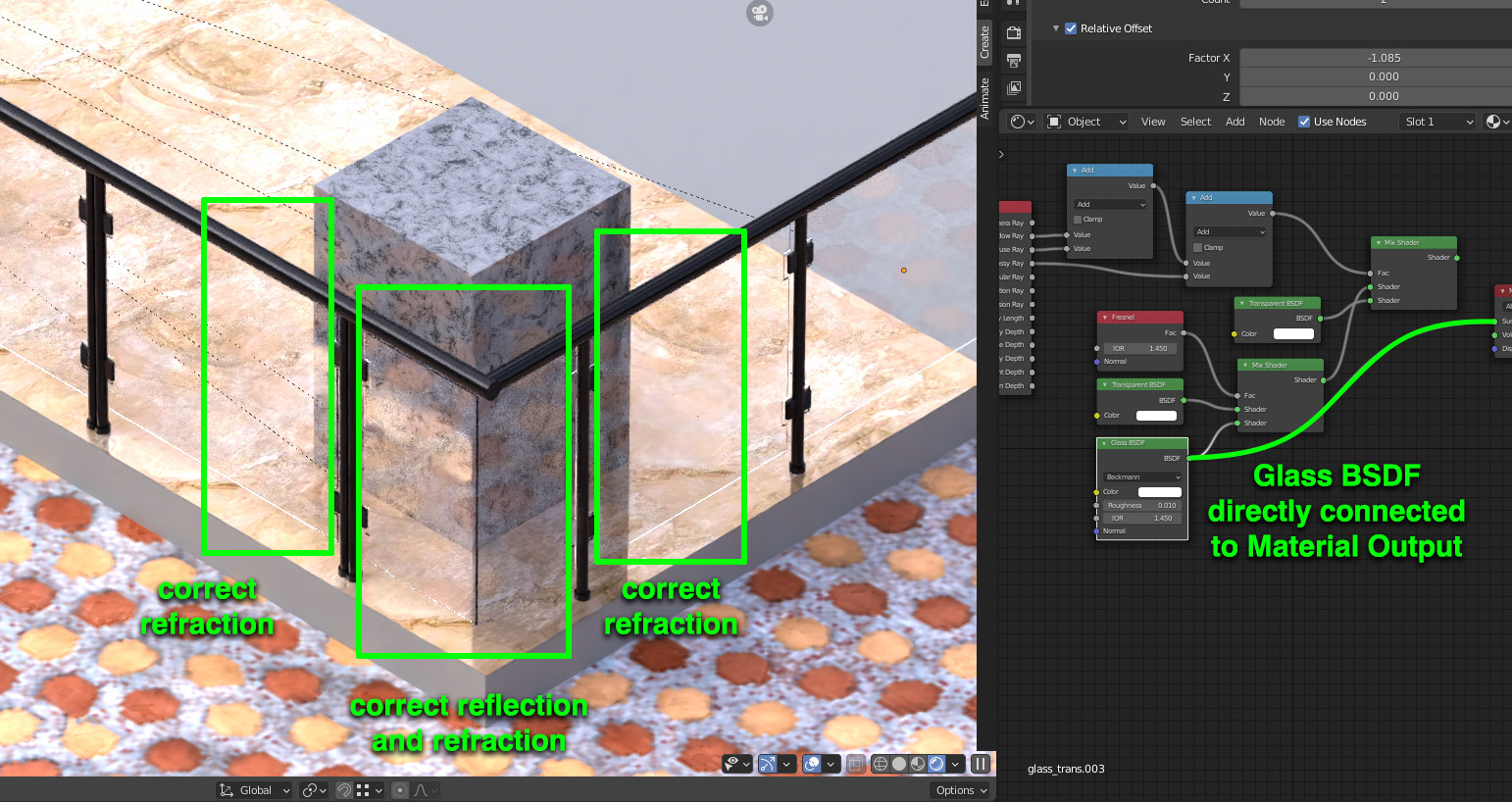