When I link the mapping node to the gradient node my sphere turns black. How do I fix this? 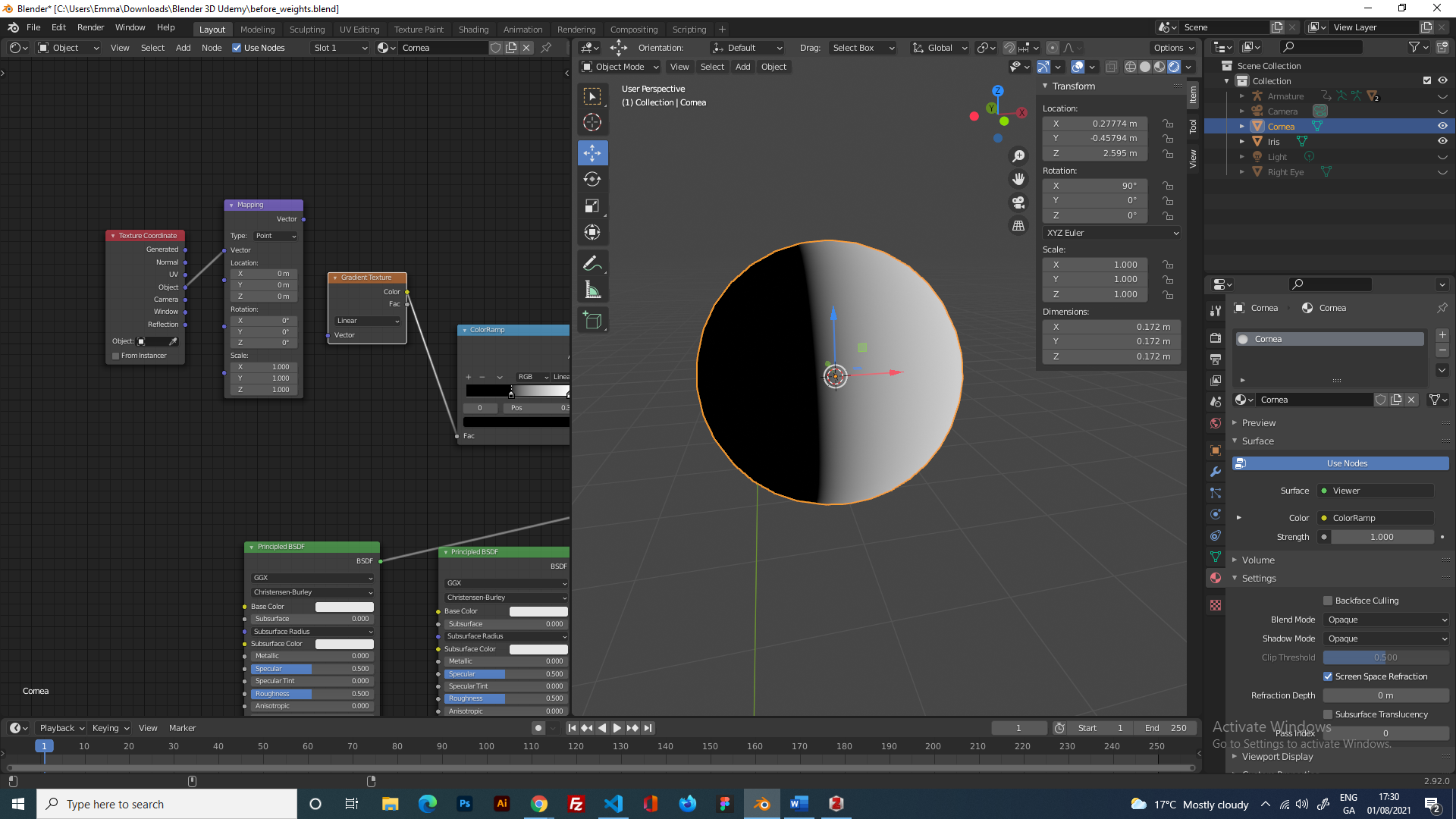 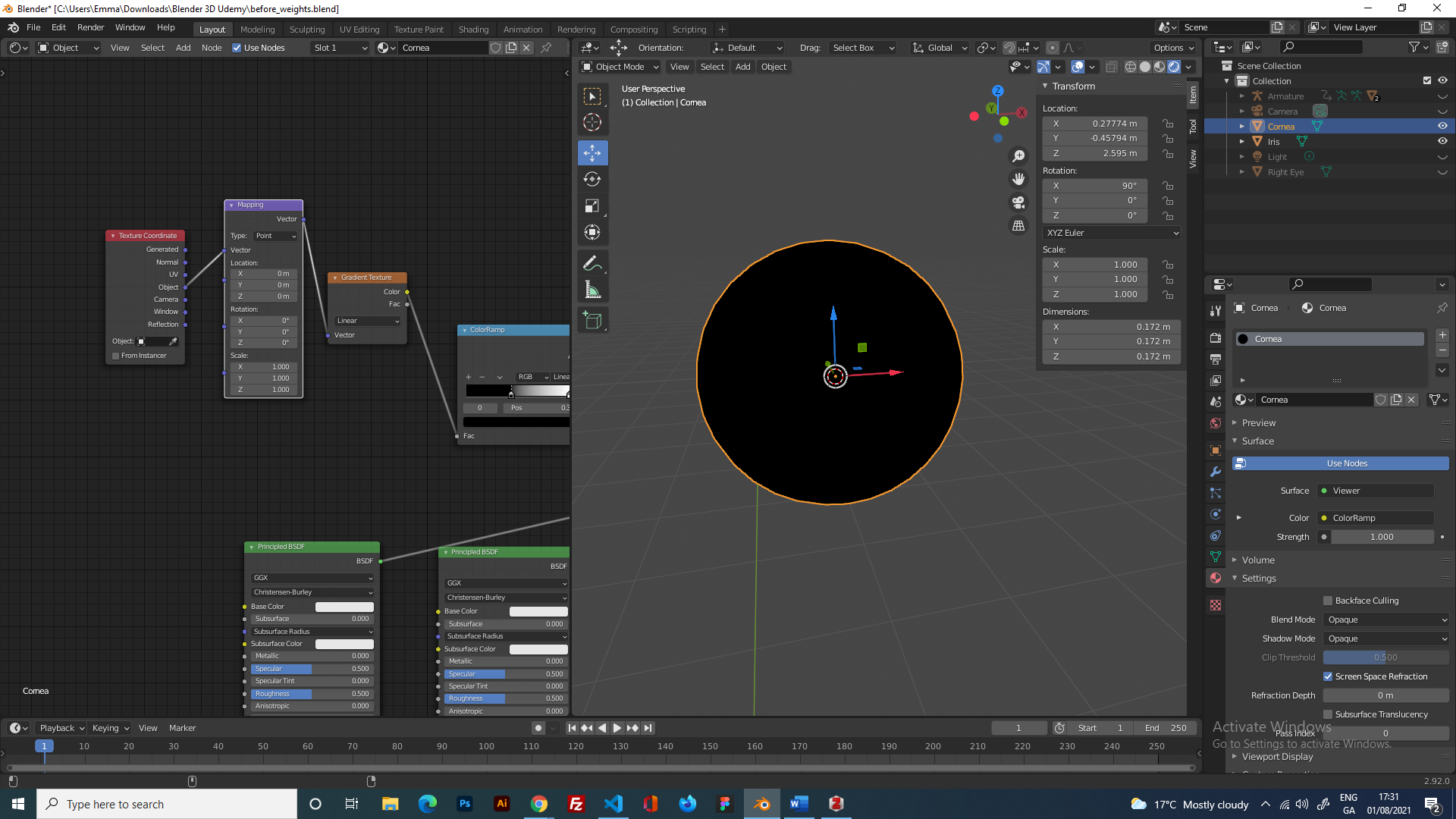 Before and after linking the nodes. I am trying to create a partially transparent cornea for context! The entire sphere keeps turning black when I link the mapping node to the gradient texture node.

If a Texture Coordinate input is not present, the space in which the Gradient > Linear is measured defaults to Generated.

Generated space measures 0-1 along the sides of an object's bounding box, aligned to the object's own X,Y and Z axes. In that space, the minimum X of your sphere's surface maps to 0, and its maximum X maps to 1.

An un-rotated Linear Gradient varies along X of the given space. The output of that node in Generated space is 0 at the left of your sphere, and 1 at the right. The Color Ramp expects a 0-1 input. In this case, that's what it's getting, and mapping that range as determined by the sliders.

When you connected the Texture Coordinate node, you chose Object space for the gradient. That space is measured in Blender Units, from the object's origin, along its axes. The sphere's origin is still at its center, and it's 0.172 units in diameter.

In Object space, the sphere's minimum X is -0.086 ,and its maximum X is +0.086. That's the range the Color Ramp is getting as input. All the negative values are off the left of the ramp. The positive values will be mapped to whatever is between 0 and 0.086 in the ramp. In this case, Black.

To get the same results as before, use the Generated output of the Texture Coordinate node

Since your using the object coordinates, I think it might be caused by not applying the transformation. I presume you changed the scale of the object somewhere.

so the solution is to apply the transformation :D

Select the sphere and hit Ctrl+A and select All transformations.

Not the answer you're looking for? Browse other questions tagged shaders shader-nodes or ask your own question.

8
How can I use vector mapping to control the Anisotropic shader?
2
How can I simply map a procedural gradient from the equator to the poles of a sphere?
0
How to turn the Compare Math node result into a gradient?
0
Texture Mapping Not Moving with Model?
1
How to link the output of a Vector Math node to another node?
5
How do I radial gradient shade an open object?
0
How to access the data from a node socket, for processing it?
0
How to create cloud using noise texture on a specific place?