How do I apply a wireframe modifier as an overlay without it replacing all the shading I've already done?

I made this kind of HUD Earth with the shading tab. 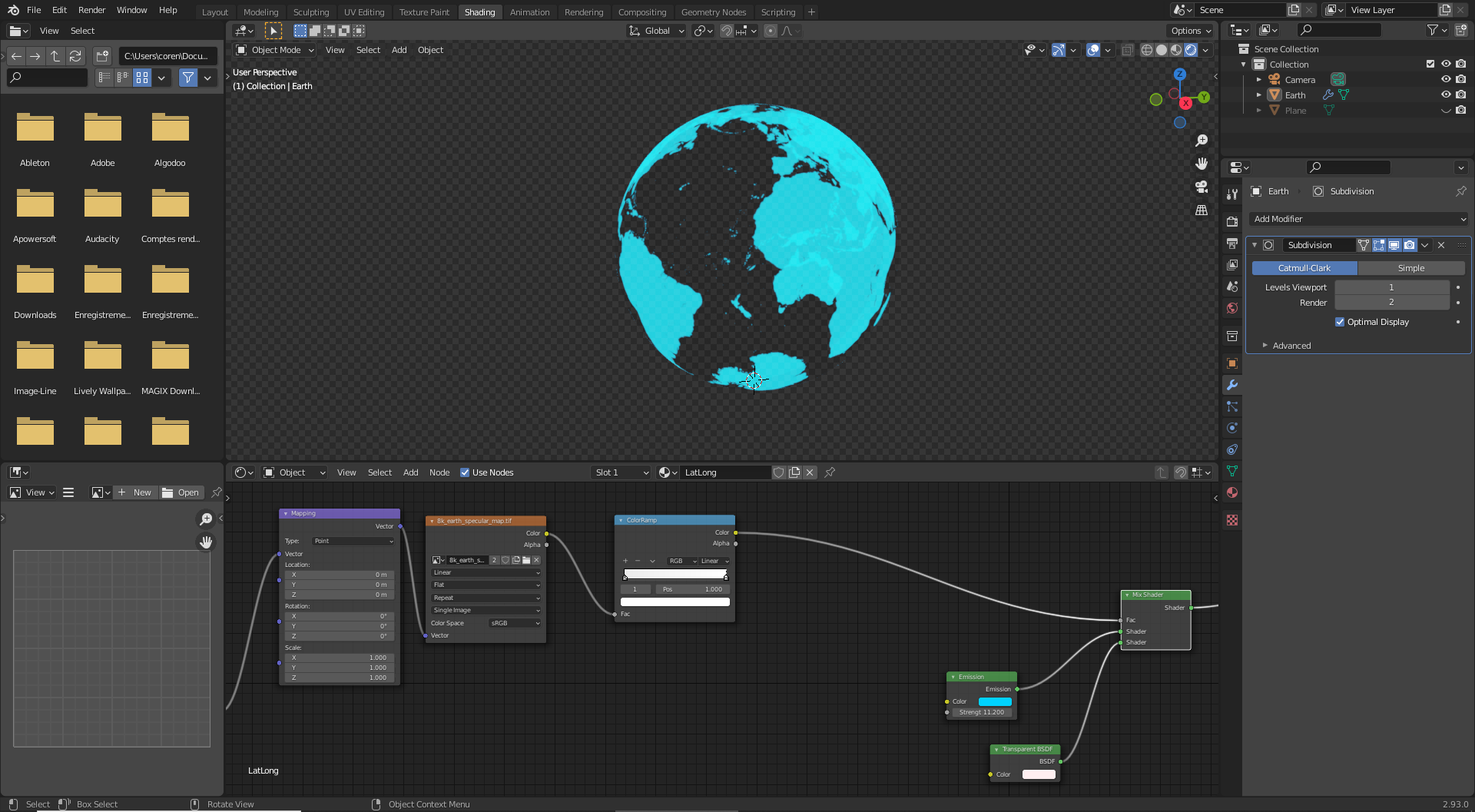 I want to add an overlay with latitudes and longitudes, to make it look like a more real-looking HUD Earth. For that, I use the modifier "Wireframe" But when I do it, the longitudes and latitudes kind of replace the continents and don't go in the oceans, it literally replaces all my work, all my continents. 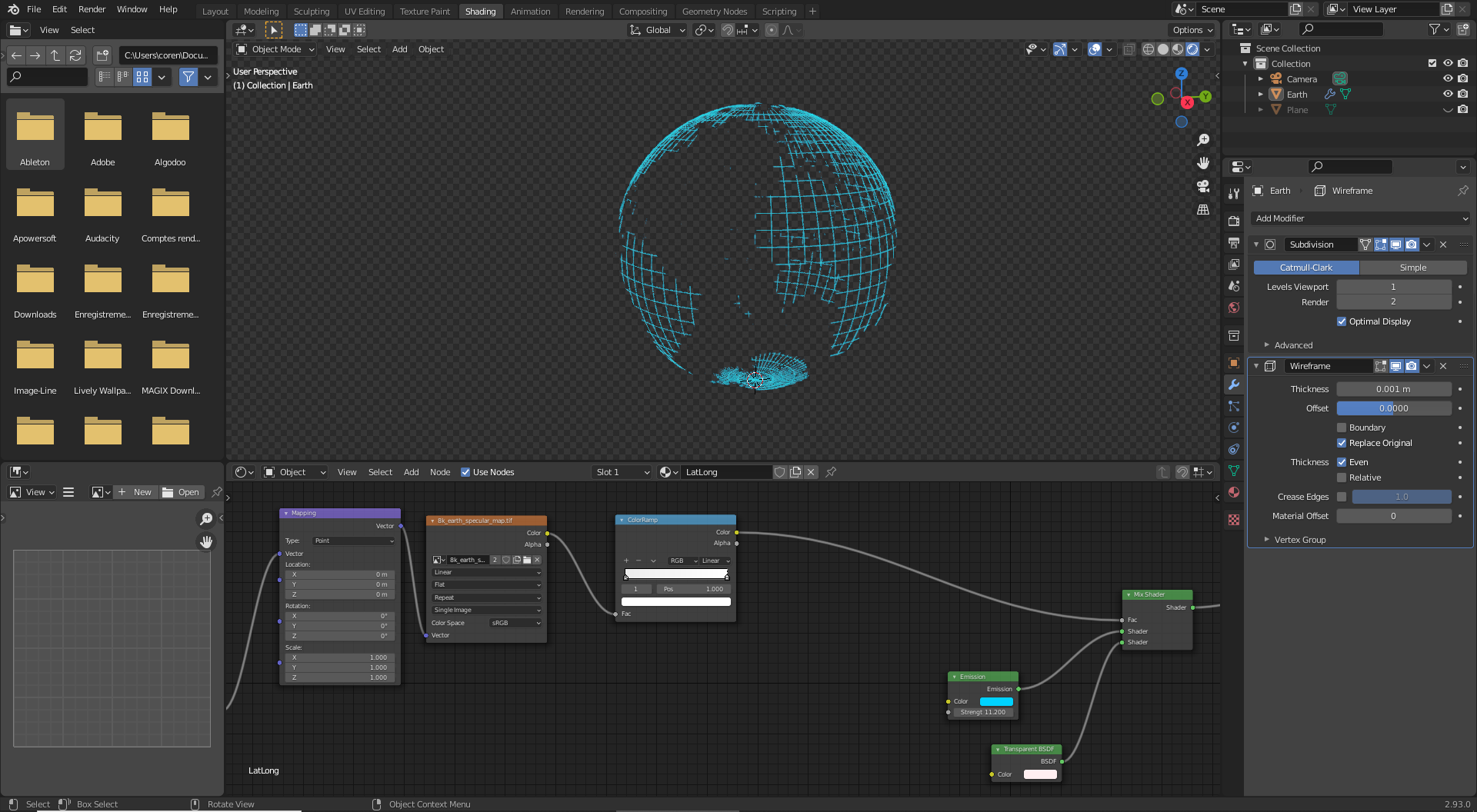 That's not what I'm looking for, I just want the latitudes and longitudes to overlay the landmasses, no to replace them. I'm sure there is a simple way to do that, but how?

Thank you for anyone with the answer to my question.

Un-check the box that says Replace Original on your Wireframe Modifier settings. If needed, you can also add additional material slots to your object and change the material of just the wireframe (or surface) by changing the Material Offset (if, for example you want the latitude/longitude lines to be black instead of the surface color, give the second material slot a black material and change the Material Offset to 1). 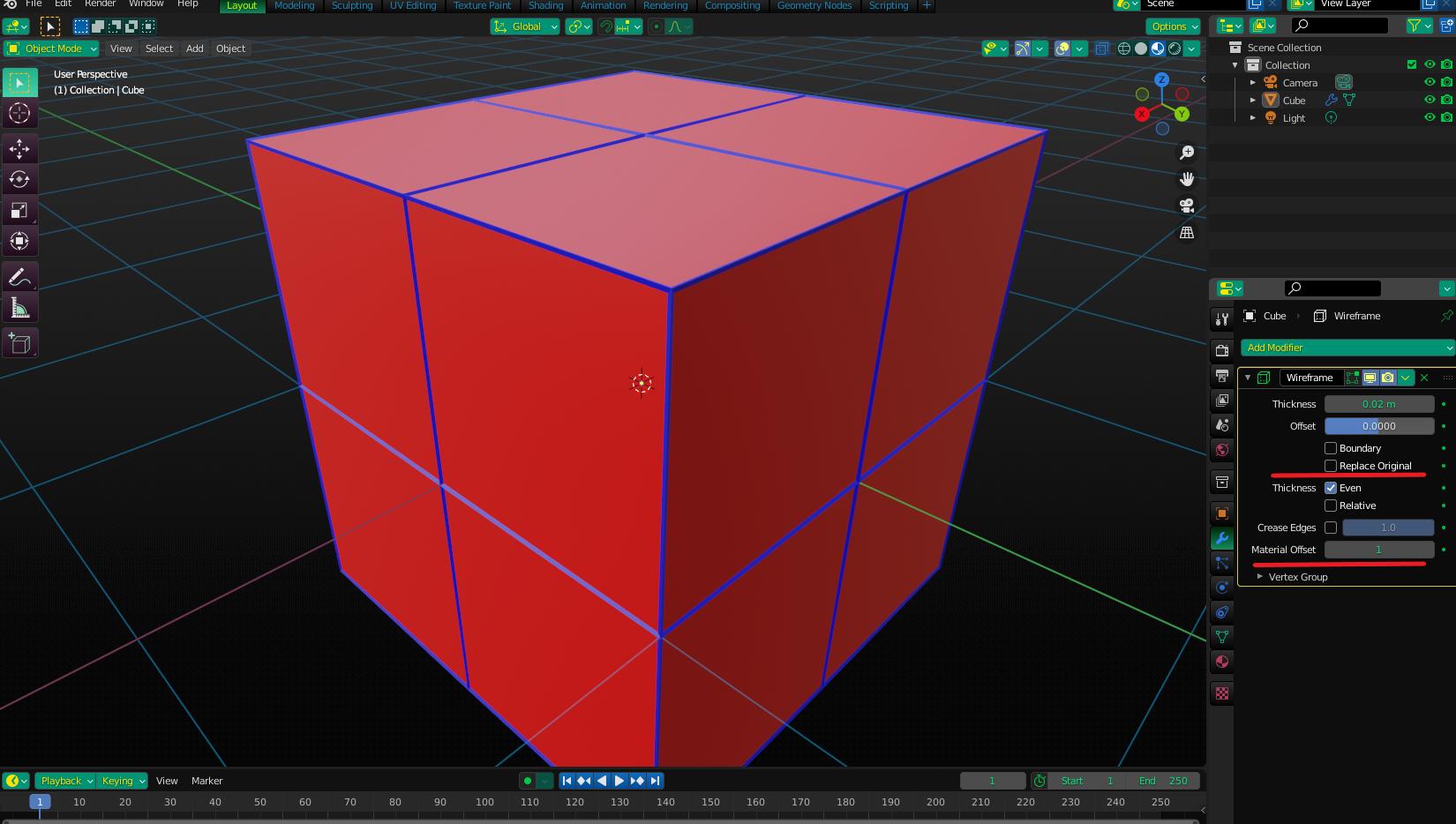 EDIT - Based on the desired result you outlined in the comments, I would definitely recommend the Material Offset method. Use the "Earth" material for the primary mesh material, and just copy the Emission shader and use that alone as the basis for the second material. Then, just change the Material Offset to 1: 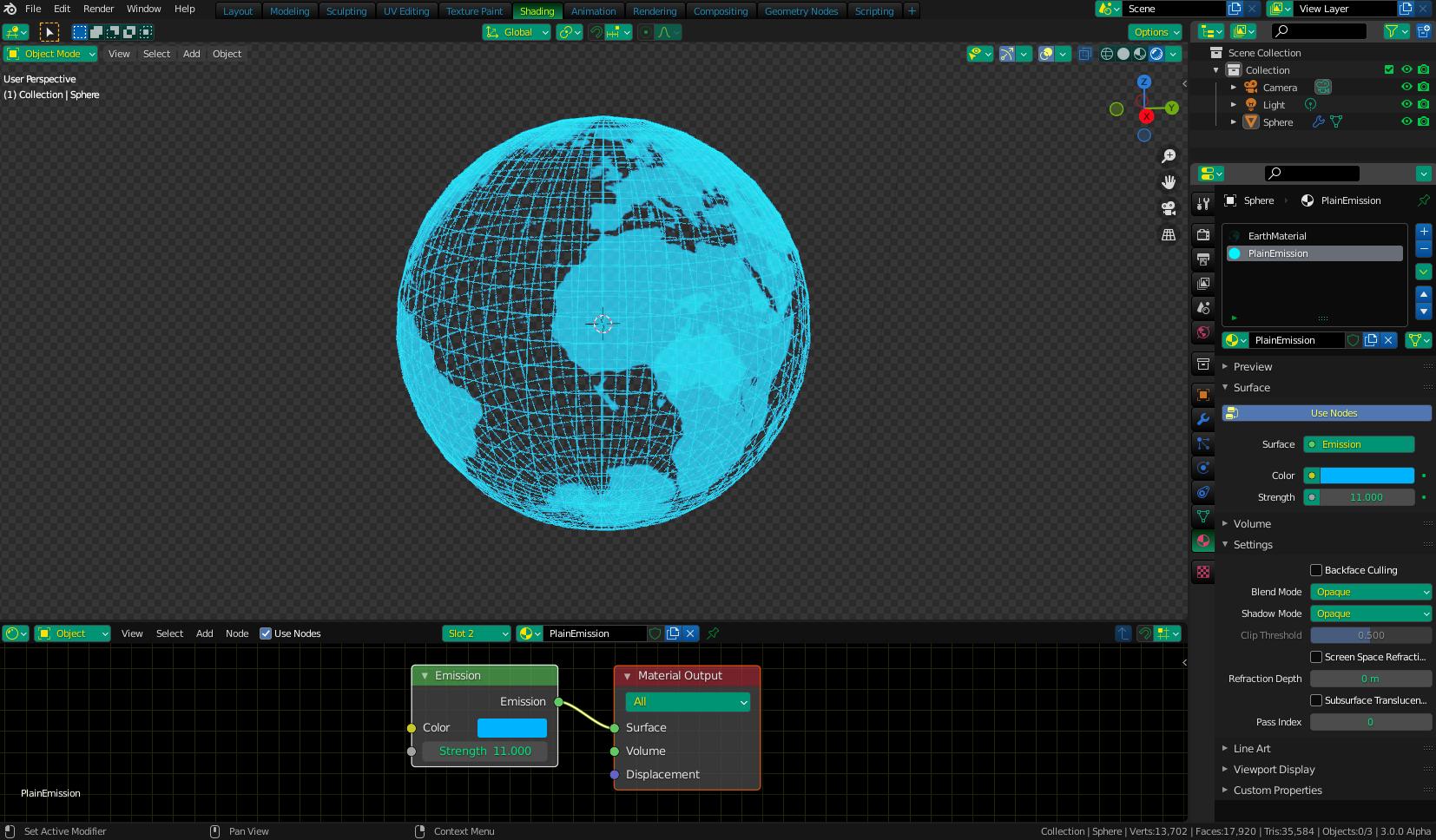 Here is a blend file with the same solution as described above: 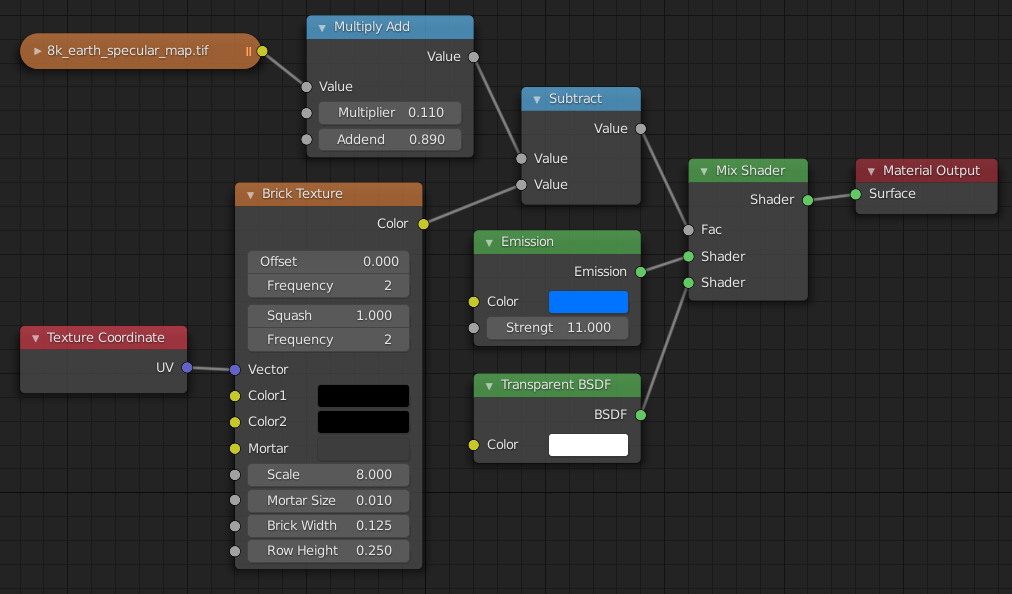 ...Except for the top and bottom, where the UV unwrapping is not just a grid: 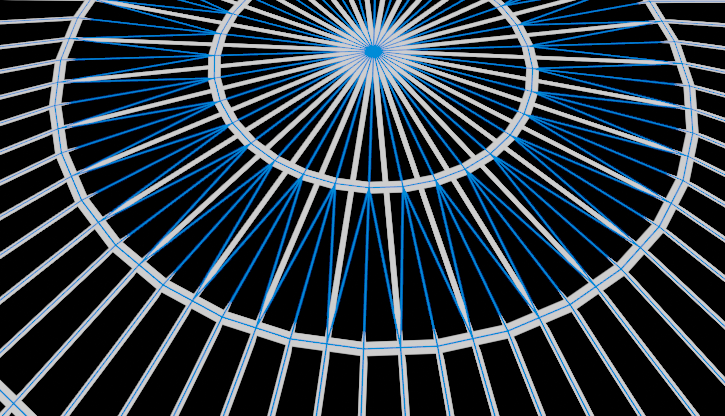 (blue lines above show the wireframe from Christopher's solution)

Which hints this might be the XY problem. The X problem is how to draw the meridians and circles of latitude, which you actually mention in your question; the Y problem is adding a wireframe modifier to your setup, which unnecessarily increases geometry (unless e.g. you want to add like thickness to the lines seen on the silhouette).

Generating longitude/latitude lines in the shader: 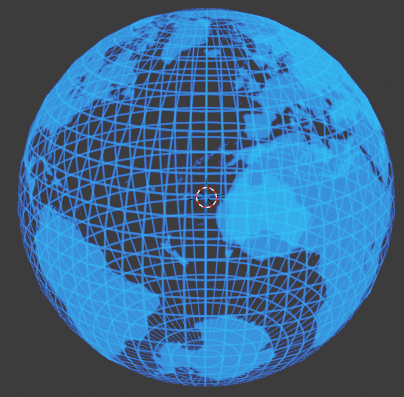 Wireframe is blue below while the shader lines are white: 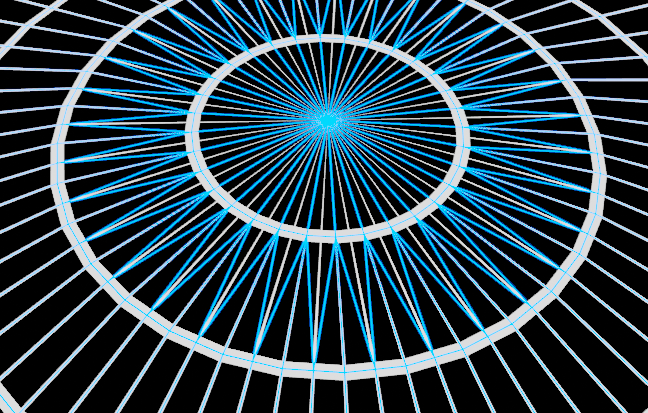 Notice how lines created in the shader aren't even - you could make them using trigonometry, similarly to e.g. this answer: How to add golden line to my maps?

Update: here's a setup with constant thickness of the lines:

I had to double the Value node describing the number of horizontal circles, not sure why and didn't bother to count if it's correct now or was correct before.

Markus von BroadyMarkus von Broady
9,21111 gold badge1111 silver badges4444 bronze badges
$\endgroup$
7
|  Show 2 more comments
0
$\begingroup$
Want to improve this post? Provide detailed answers to this question, including citations and an explanation of why your answer is correct. Answers without enough detail may be edited or deleted.

Maybe you could try separating the longitude area or whatever area is causing the problem with Separate -> Selection (keyboard shortcut P) and convert it into a different object and apply the modifier(s). Finally, you can join the objects back together with Ctrl + J.

Not the answer you're looking for? Browse other questions tagged shaders wireframe tools or ask your own question.

20
How to add golden line to my maps?

0
How to add a texture color specificed "glow" to a HUD panel?
0
crazy spikes when adding wireframe modifier
2
Wireframe modifier with intersection "nodes"
1
Modelling pollen 3d mesh
1
How to change the Viewpoint Shading like in older Blender versions
1
Images as Plane turned Wireframe
0
Viewport shading hotkey? Wireframe toggle?
0
Is the Wireframe modifier supposed to connect adjacent vertices even if they are excluded in the Vertex Group?
0
How do I reduce the numbers of lines of the wireframe modifier?