I assigned a simple principled bsdf shader to a model of a cup and set the transmission value to 1 and roughness value to 0 to simulate glass. The mesh is set to smooth shading as can be seen in image 3. Also, the image shows the way the mesh is divided up.

I then assigned a new material to the mesh which is defined by the nodes shown in image 2 (hopefully clear enough to read). The model was re-rendered and it appears not to be smooth shaded as the mesh divisions can be seen. It has a flat shaded look rather than smooth shaded. I don't understand why this would change. Does anyone have any clues as to what would be causing this?

As Allen mentioned, it's hard to tell with collapsed nodes (I know it's downloaded and not your fault), however, If I had to guess, I would say the "flat shaded look" is intentional (provided by the Wave Texture), and is meant to replicate those old-fashioned style glasses. That being said, the reason for the "loop cut" look is due to a Normal Map node being used instead of a Bump Node as Allen suggested as well.

Normal Map nodes expect normal data (usually in the form of the purple-ish normal maps most of us are used to). The nodes leading up to the "normal stage" in your graph, only provide B&W values, and therefore cannot facilitate the demands of a Normal Map node. Luckily, this is exactly why the Bump Node exists - to fashion Normal data from a B&W input. Because I don't have access to the "internals" of your node graph, much of my setup is guesswork, and therefore doesn't look exactly the same as yours, however I think you'll agree there's a difference between the results with A Bump Node vs a Normal Map Node: 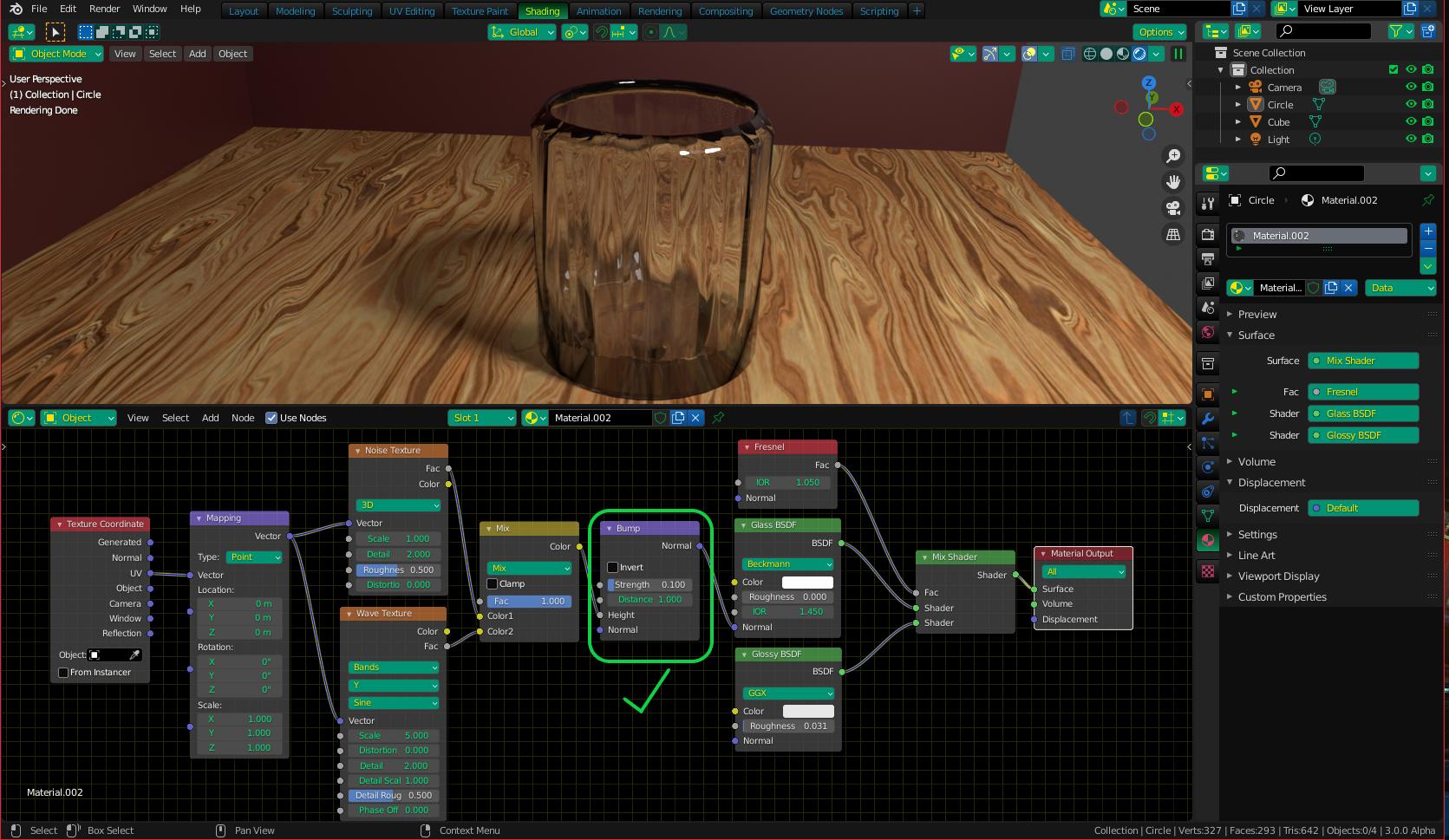 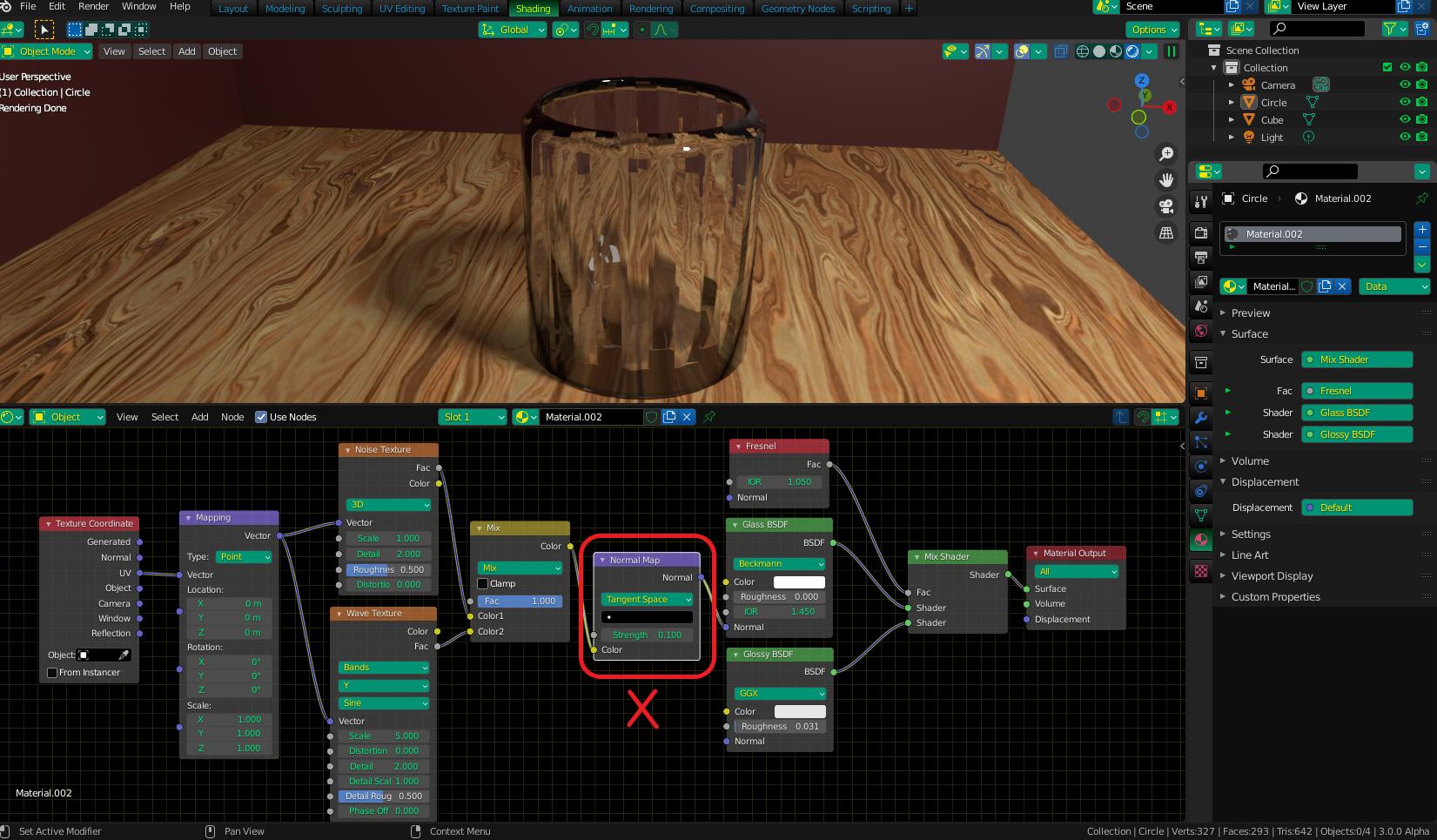 0
Material is stretching when using Edge Loop
1
How to export to other format with the materials
0
Principled BSDF Glass Issue
2
Real Translucency (NOT Transparency or SSS) in Principled Material Setup
6
Why does my bathroom mirror distort so much?
1
What height method should I use