Applying Remesh modifier deletes most of the model

I've been attempting to use a tutorial that uses the Remesh modifier to smooth the intersecting regions of joined objects to help with scuplting (in layman's terms: smoothing things to connect to others better).

The unapplied remesh appeared fine in solid view, and with a bit of processing load in edit or wireframe, but that was to be expected. There wasn't as much difference between the original head and the remeshed one, but I disregarded that as my computer could barely handle any lower of a voxel level, and assumed that the cause of the definition, or lack thereof.

When I went to apply the Remesh, however, it removed almost all of the mesh, save for the intersect points and the ears. 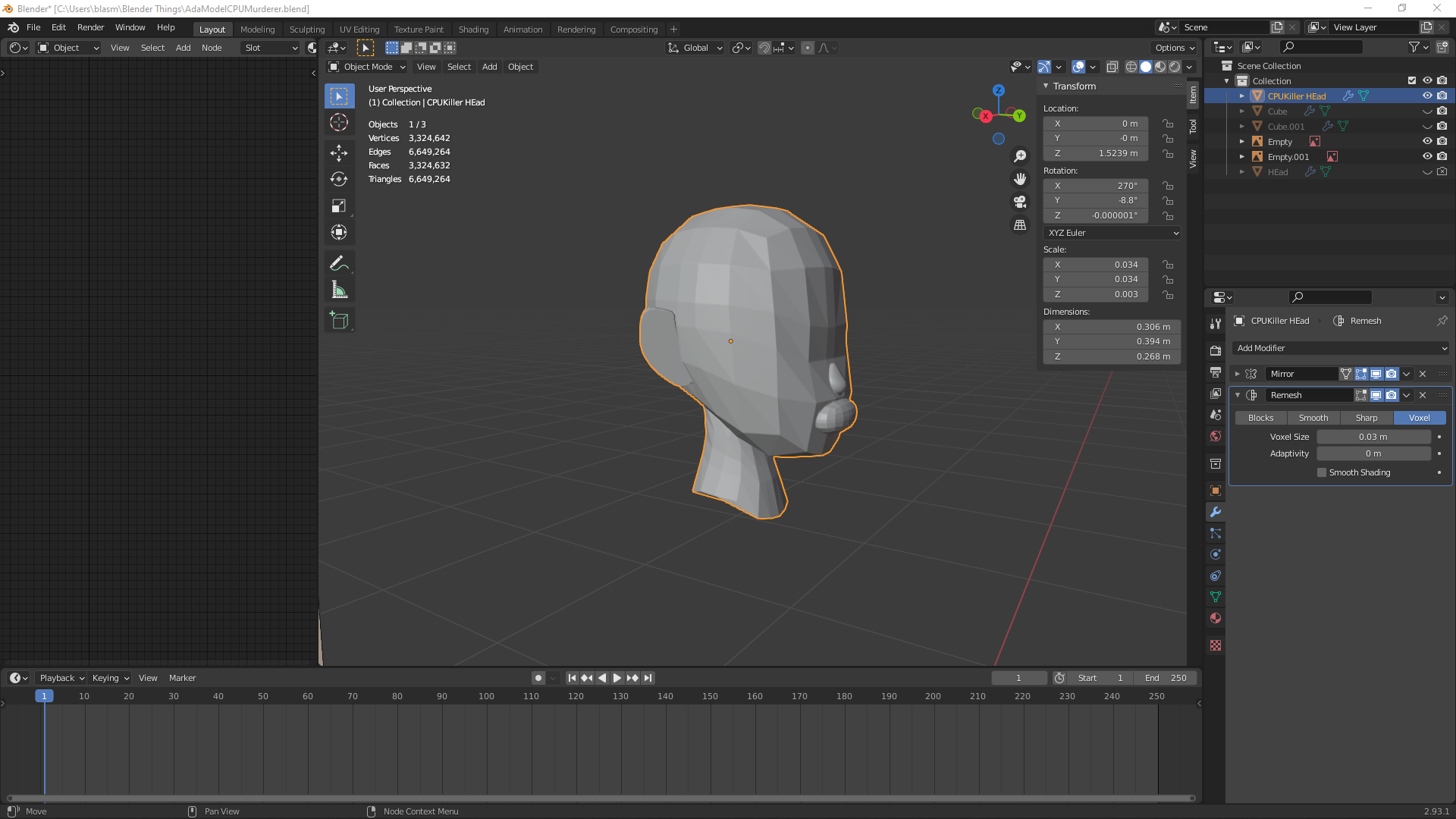 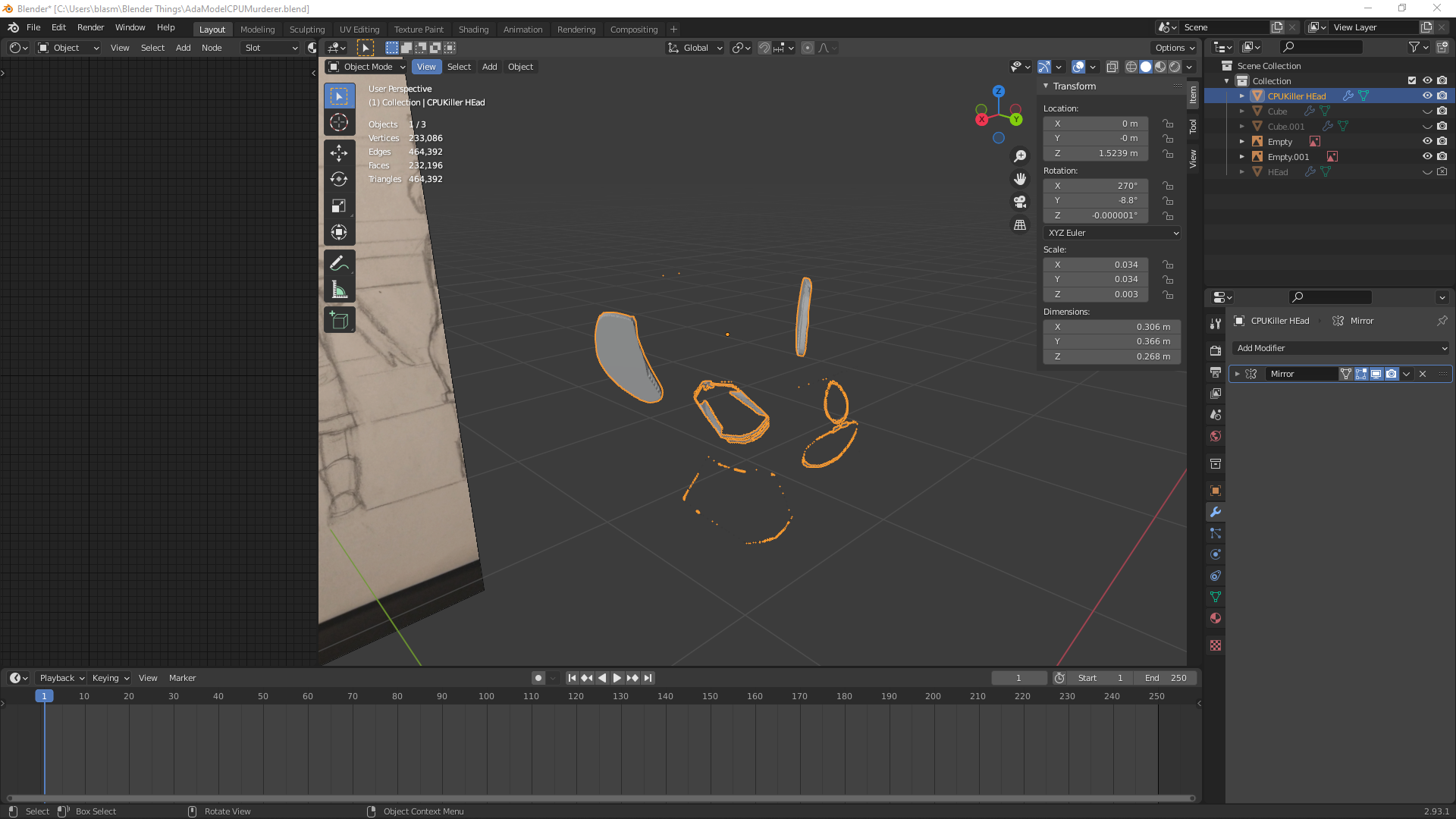 I have tried unwrapping the UV again and raising the voxel count to no avail, and am unsure on how to proceed. When peering inside the mesh, the modifier appears to be working fine, but not so much on the outside. 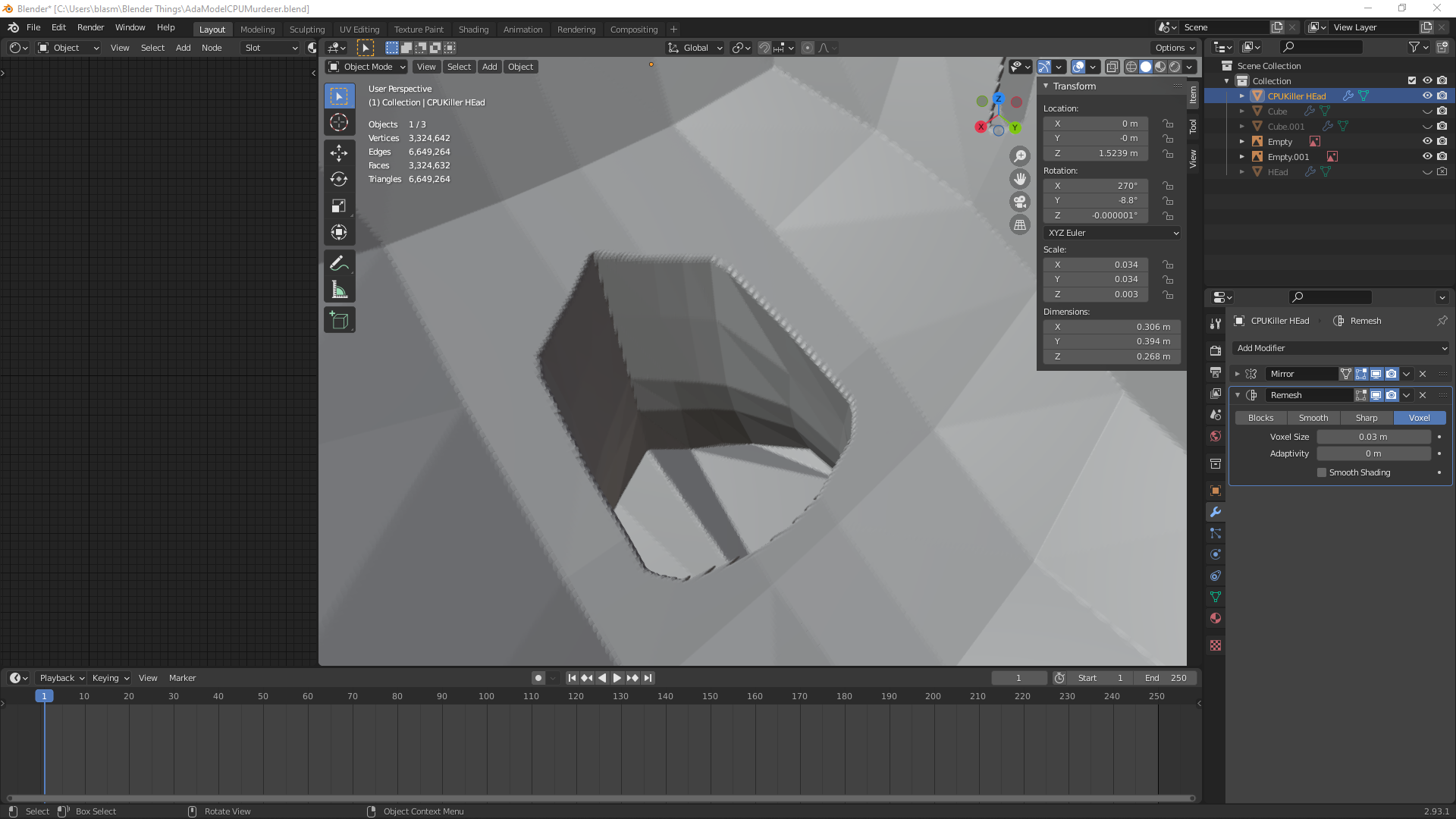 I have no clue what is causing this. I would preferably like to test with lower voxel sizes to see if that is the issue, but I'm pretty sure that would melt my laptop's CPU (it apparently hit 114% by reducing the voxel size from 0.03 to 0.02) Help will be greatly appreciated, .blend file below.

You have scaled-down your mesh but have not applied the transformation. You can see it in the first screenshot. The Remesh modifier uses the original dimension of the mesh and the Voxel Size value to calculate the number of vertices. It's 3.3 million for your CUPKiller Head. Yes, that's a lot.

The fix is easy:

Not the answer you're looking for? Browse other questions tagged modeling modifiers remesh or ask your own question.