How can I quickly separate all the edges of a mesh?

The following answer works with already extruded walls, but you can do it the same way if you only have edges. And to show different options I've made a more complex shape than a square.

If you on the other hand maybe want parts of the wall with more than one face to stay together as an object, you can of course join those objects after you did the above steps. Or you can do it a little differently:

Of course, depending on the number of faces and selections you are going to make, maybe with the second method you will have the problem that there are two adjacent faces, both selected or unselected, although to be separated they need to be one selected, the other unselected. In these cases you have to split one of those faces in a second turn of the select/split process. 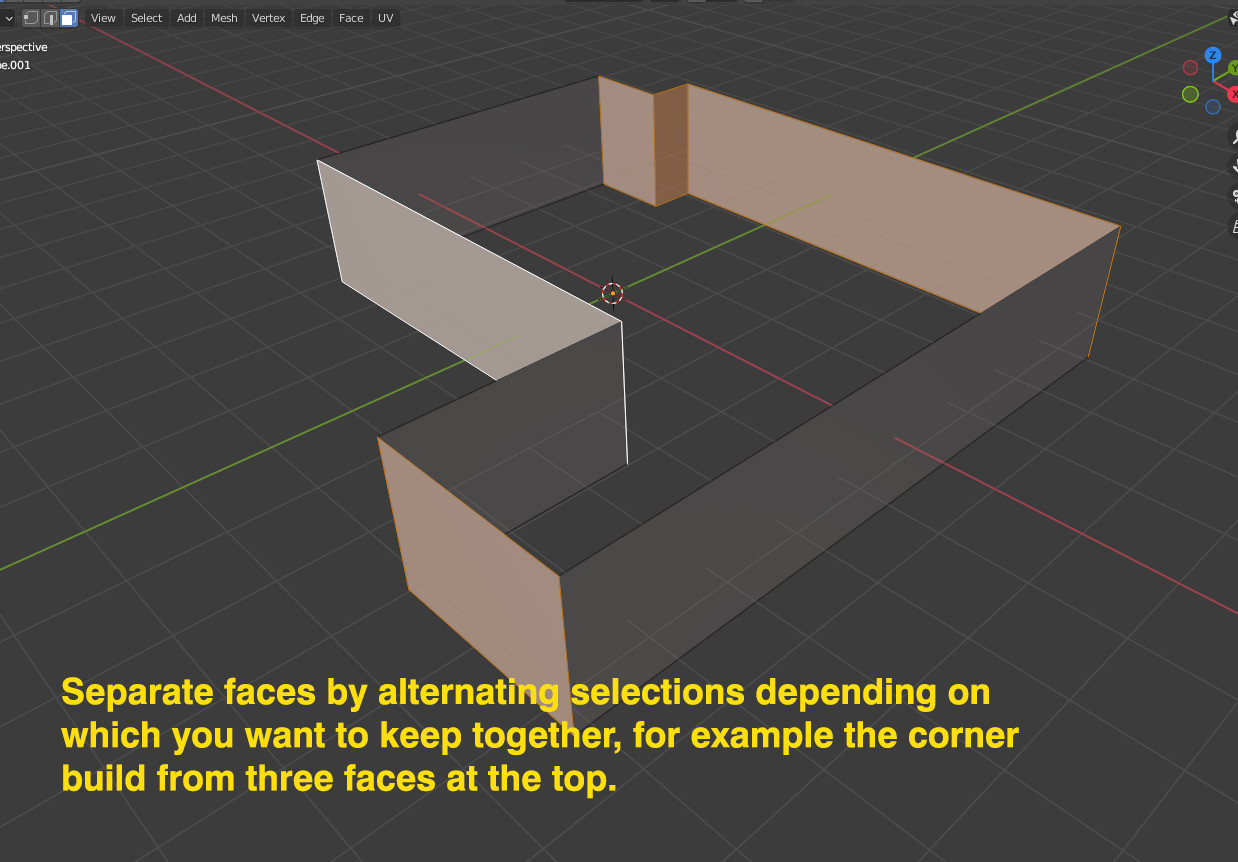 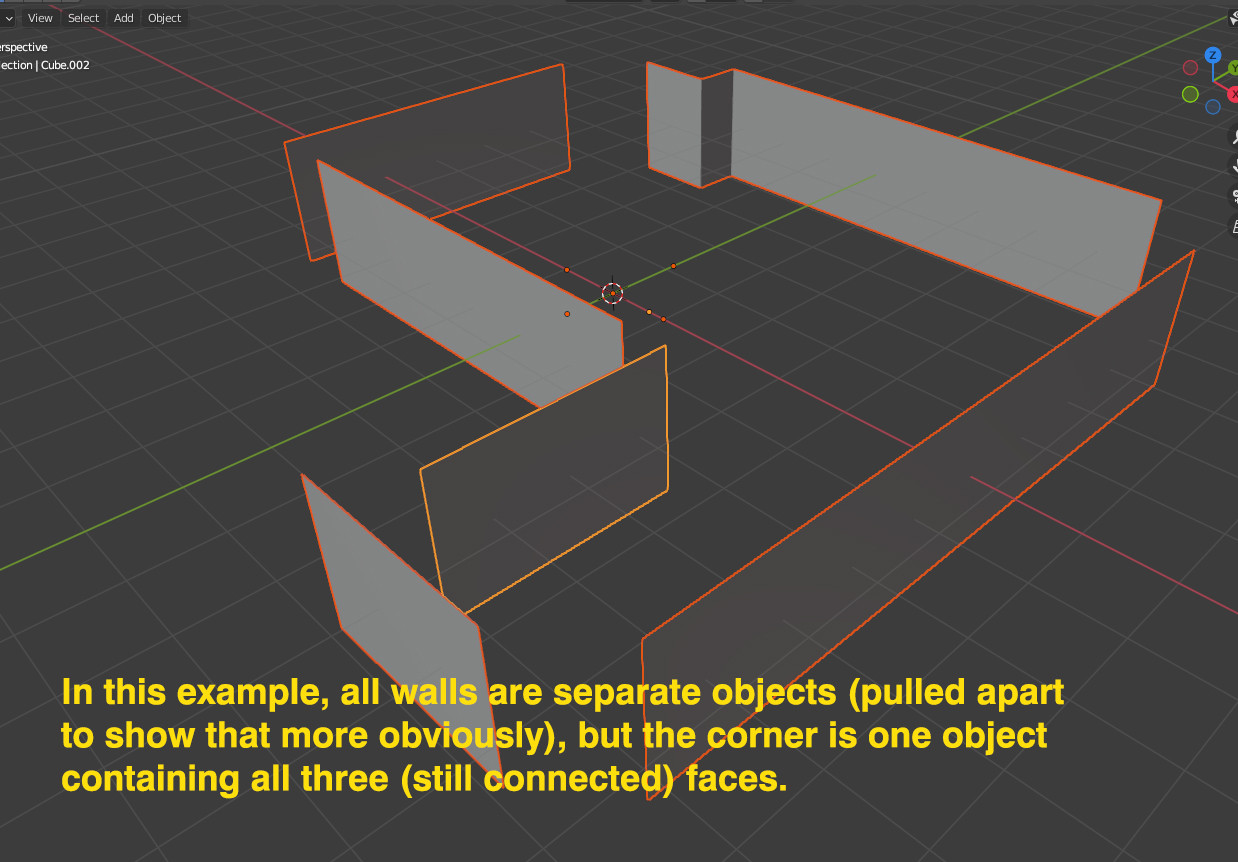 Starting from an edges-only plane, (or floor-plan), in Vertex Mode, hit V.. Rip. This will split all selected vertices into coincident pairs.

0
How to select/extrude all the upper faces of a lot of buildings in one only step
0
Filter current selection in edit mode
0
How to separate arrayed objects?
2
How does Blender know which faces and edges to automatically select when doing a multi-vert selection?
0
How Can I Select All Inner Faces of a Current Selection of Faces?
0
How Can I Select A Single Edge Among Linked Duplicates?
2
How to make all selected edges parallel to one axis?