Is the Wireframe modifier supposed to connect adjacent vertices even if they are excluded in the Vertex Group?

Just some heads up: I'm a beginner.

I was trying to outline some edges on my model with the wireframe modifier since I thought that was the easiest approach. I used a vertex group to tell the modifier where it can place itself but ran into a problem. Some edges caused the wireframe to connect to ghost vertices, but that seems to have fixed itself when I updated to the latest version of Blender (from 2.92.0 to 2.93.1). All is good in that regard.

But before I updated I did some debugging and found out something that bothered me.

It is better if I just show it to you. In the first image, I am assigning a singular edge to the vertex group that is used by the wireframe modifier. 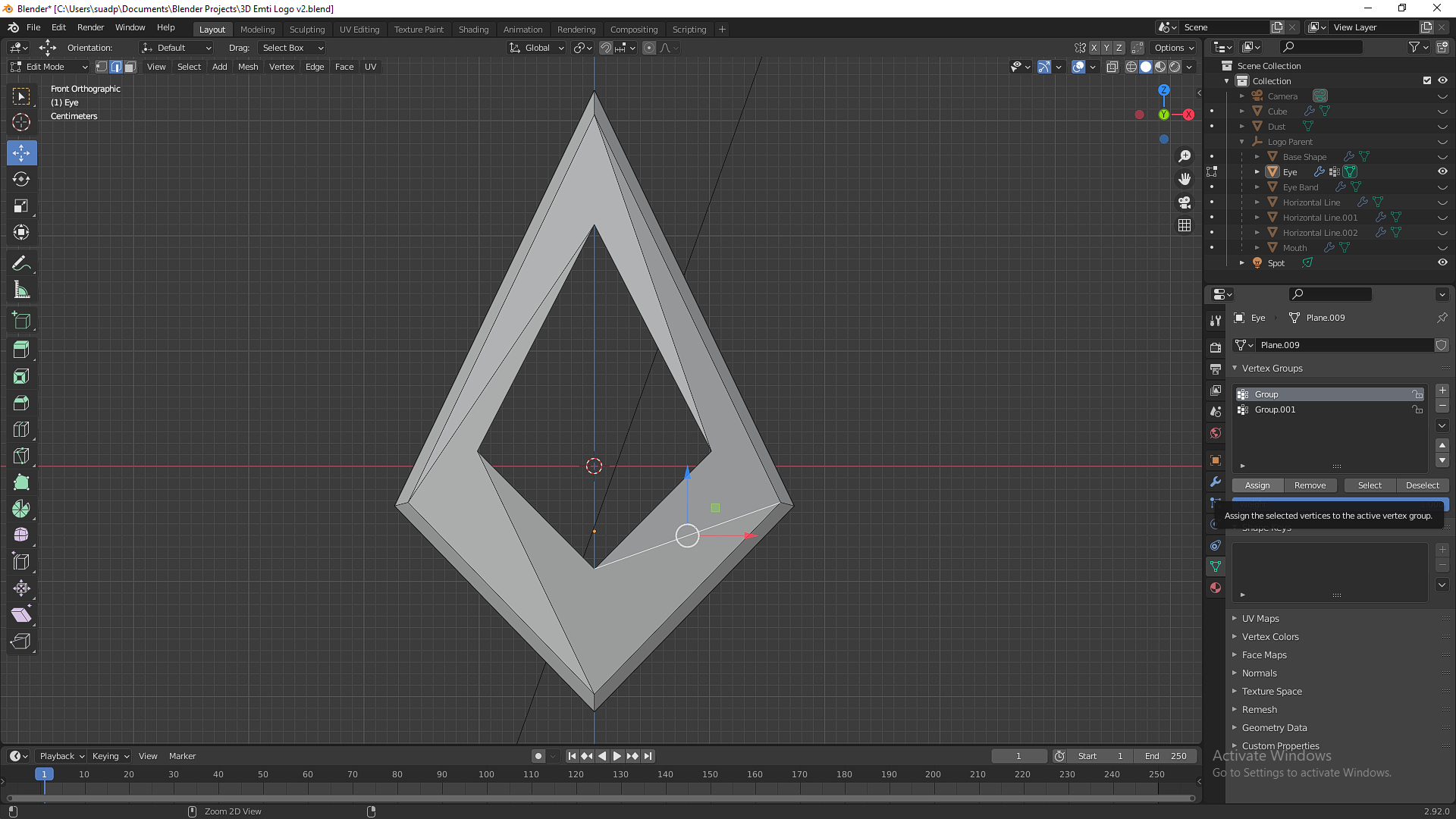 After applying it, you can clearly see that the wireframe disregards the group selection and additionally connects to adjacent vertices (in this case four of them). 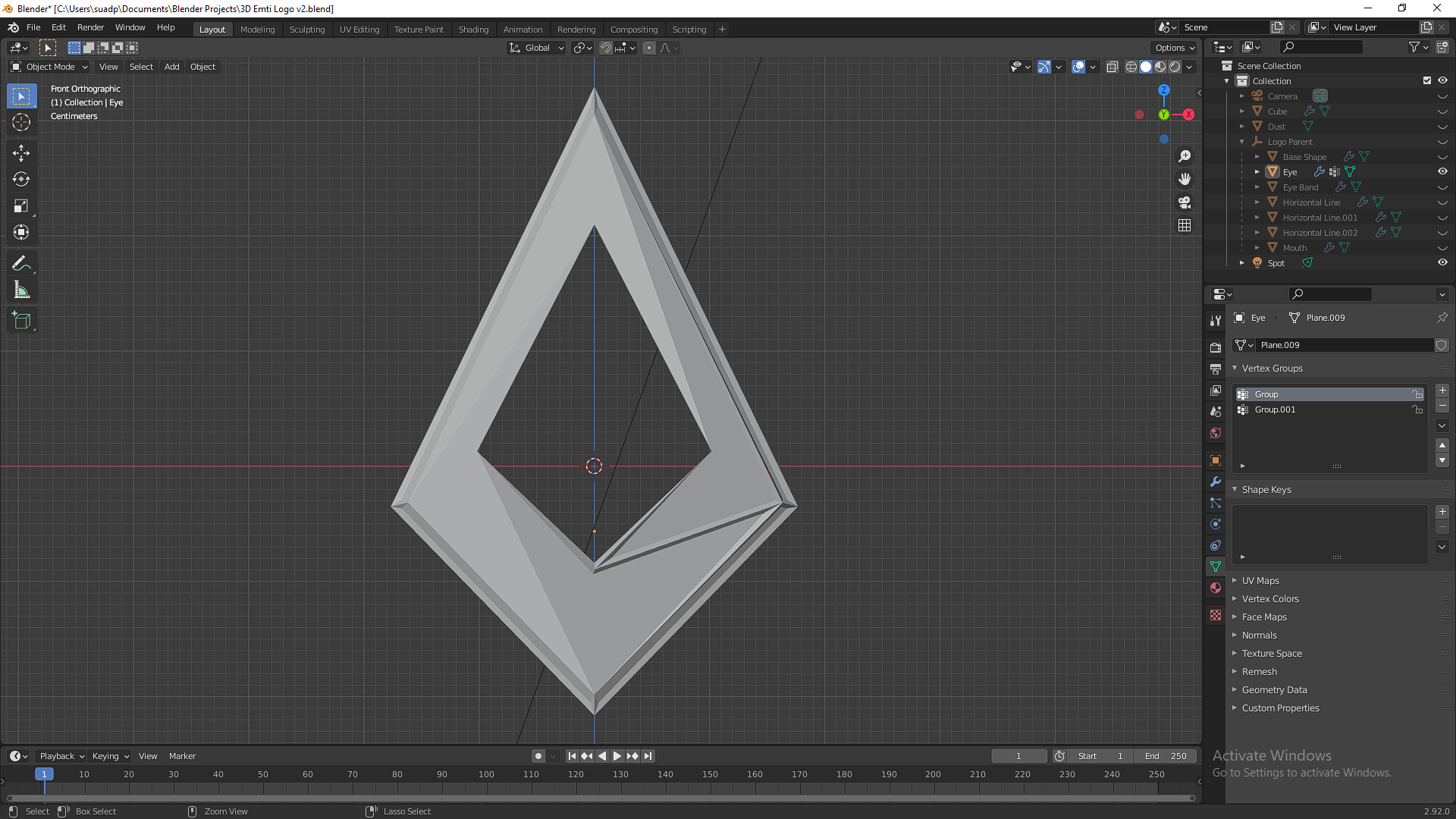 When I updated to the latest version, I tried the same thing again (but with a cube) and it still persisted, as evident from the screenshot below (only the top front edge has been assigned to the vertex group). 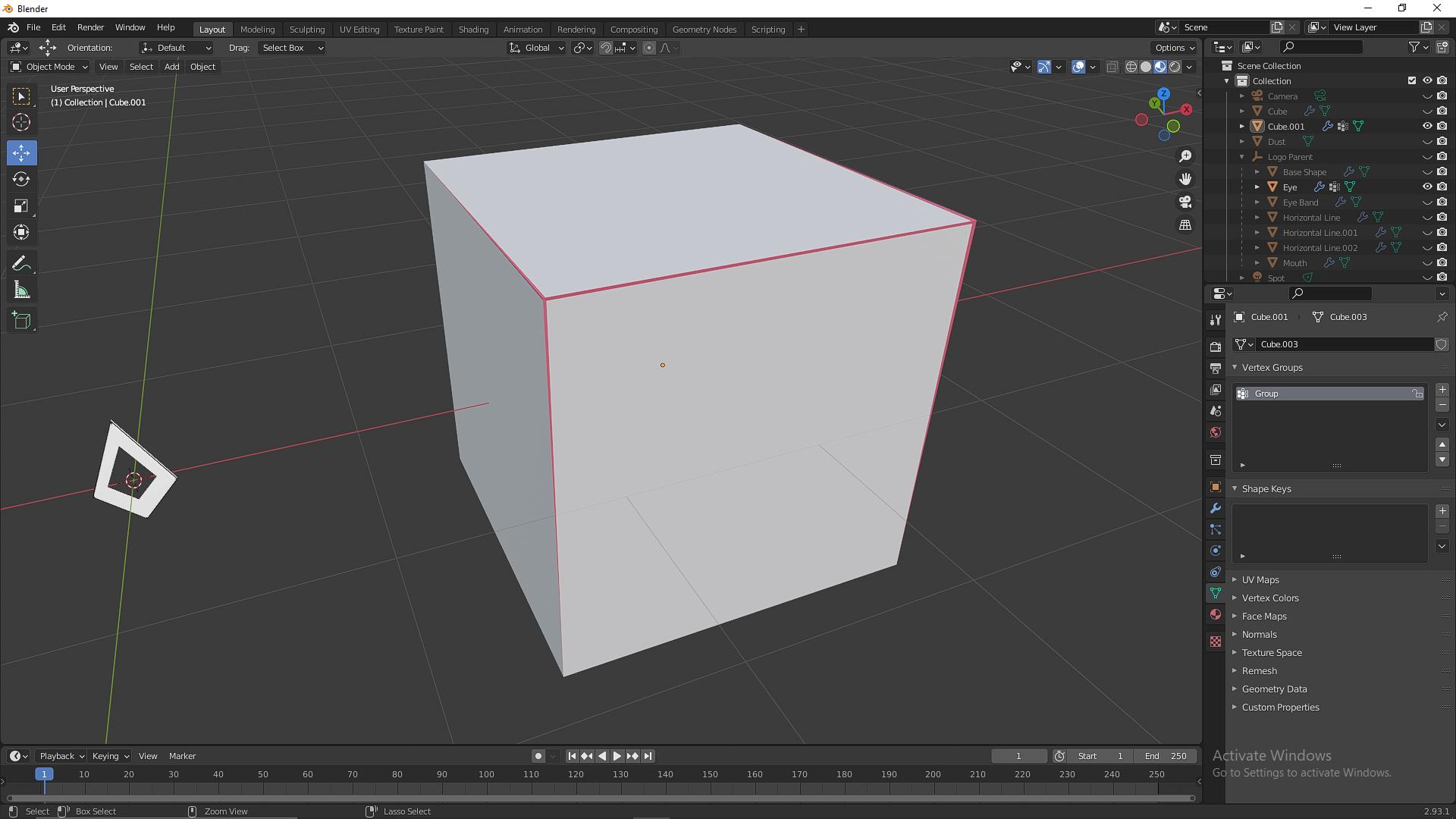 So, what I'm asking is this: Is this normal?

As a beginner, this seems like it should not be happenning purely because of esthetic reasons. If someone wants to outline a singular edge on a model, only that edge should have the wireframe modifier applied to it instead of branching out to every vertex around it.

But then again, I'm not sure if this is the industry standard of outlining edges in Blender. Perhaps there is a better way of doing this I am not aware of and I'm just using the wrong tool for it.

(Sorry if this is a duplicate, I searched everywhere and couldn't find a similar post)

To hide a specific part of the mesh, use Mask modifier: 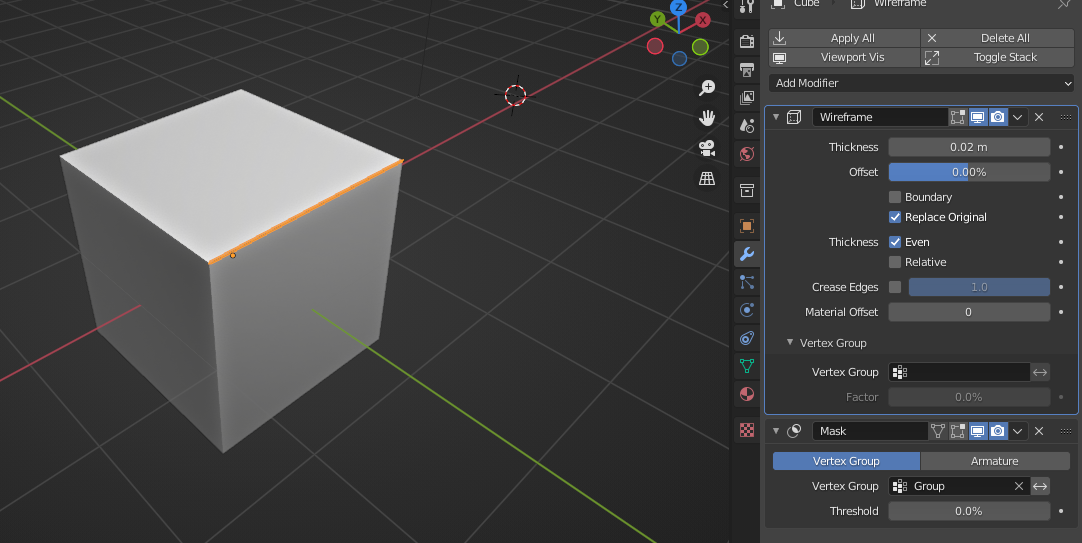 Not the answer you're looking for? Browse other questions tagged vertex-groups wireframe or ask your own question.