Particles not rendering on final render

So I have an emitter object, emitting the said particles rendered from a collection. They show up in viewport shading with cycles, and when I render with motion blur, I see the motion blur for said particles. But the particles themselves, not a trace (they should remain scattered around after hitting the surface). I've been looking for ways to have them appear. All the collection is enabled for render, I tried baking the particle system before rendering, I tried rendering specific frames for tests and nothing. I've also set the start and end to 0, to a different value, tried particles as unborn, and as dead.. Just very basic falling particles.

The same particle collection is used as hair emission in another object (the proverbial donut), and they do show up in the render. Some images below with the particle system setup. I'm new to blender, and did what I could already for this very first animation, and before making this post. Any help is well appreciated. 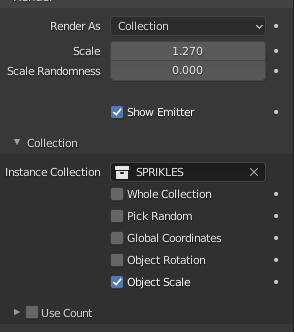 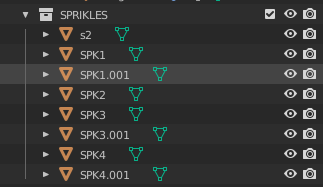 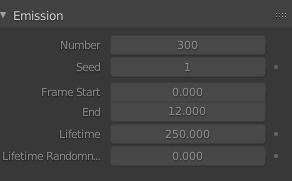 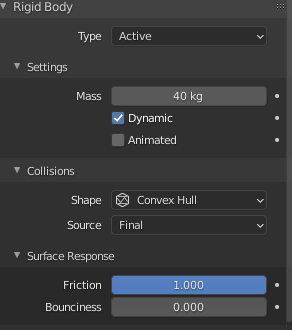 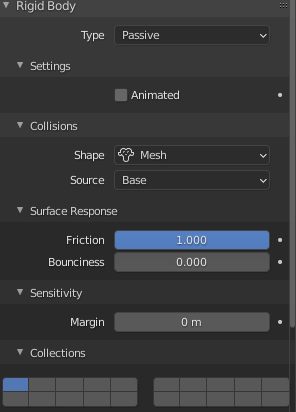 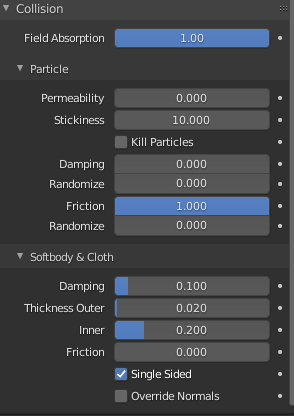 It's the Motion Blur setting and probably a bug in Blender related to particles and motion blur. Baking as described in the bug report does not help.
Related BSE question from 2018 about the same problem but no solution: Motion blur still showing after particles hit a sticky plane

The particles are rendered but they are blurred because of the enabled Motion Blur. The particles fall down at high speed (within a few frames, that's a fraction of one second). The effect is the same as the blades of a rotating fan that become blurred and "invisible" as the speed increases.

That's correct when they are in the air: 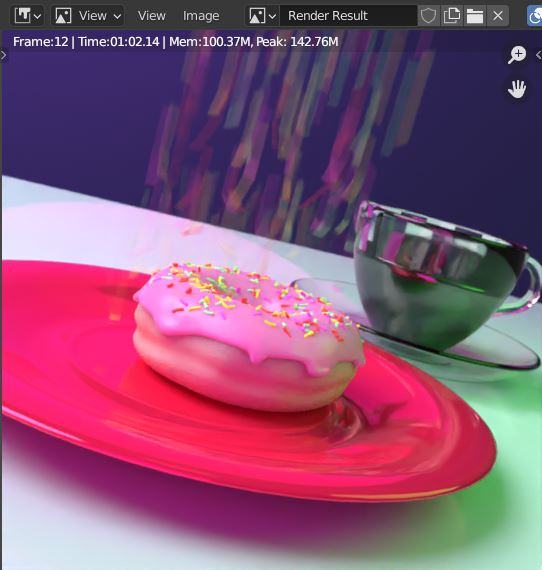 But when the sprinkles land on the plate and stay there (they don't bounce in the viewport animation), they are still blurred because Blender probably thinks they still have a high speed. That's not correct: 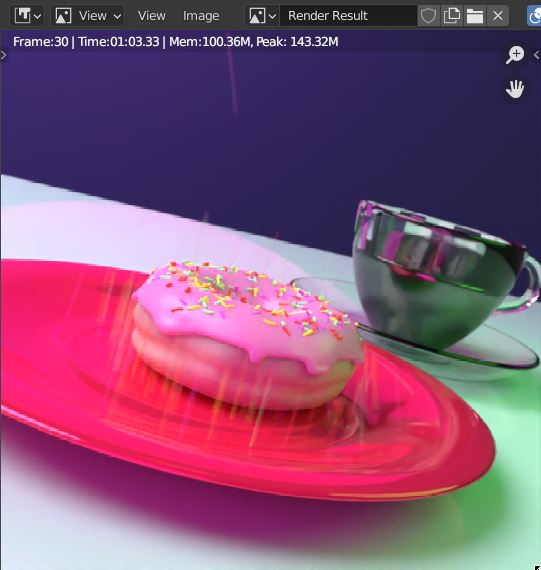 It's weird because even when killed with the On Hit option and they stick like splinters in the plate they are rendered blurred.

When Motion Blur is turned off then you can see the particles clearly: 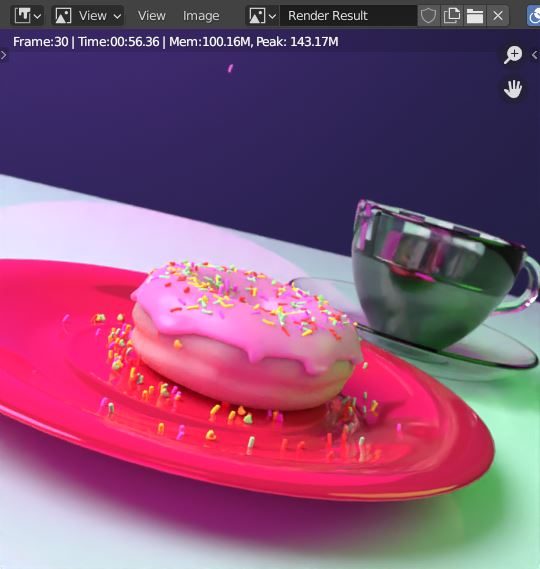 Not the answer you're looking for? Browse other questions tagged rendering particles or ask your own question.

4
Cycles hair particles disappear after I comb the hair?
6
Particles render in viewport, but not in final
2
Motion blur for fluid sim particles (Cycles)?
2
Particles with motion trails
0
Scatter Particles after the have been created
4
Particles in render not matching preview (Blender 2.8)
1
Particles not rendering