Visual artifacts after joining two meshes and merging their vertices

Im having a strange issue with shading in blender 2.93.1 where no matter what I do my shading will look like this 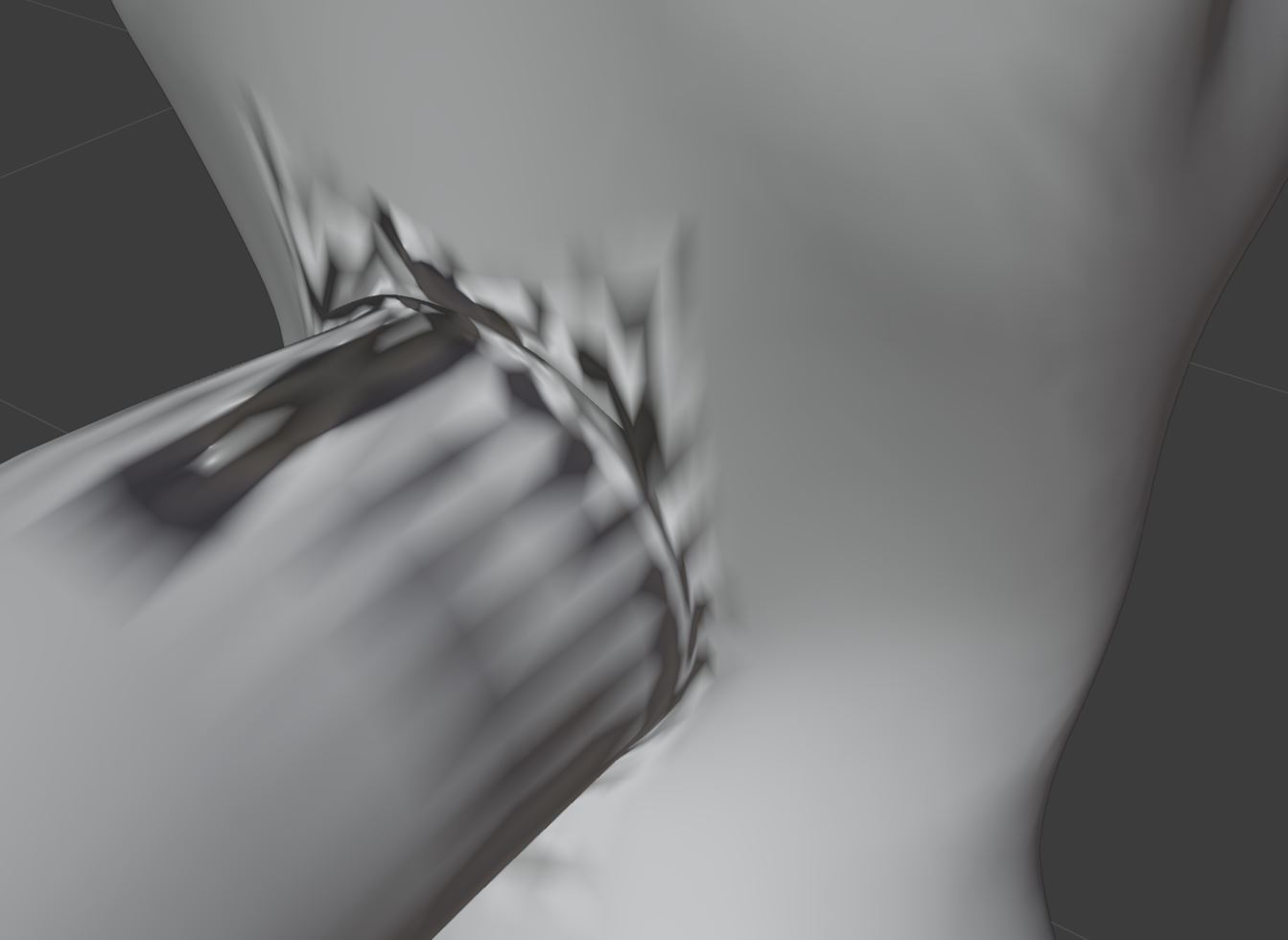 So far I have seen similar problems happen when normals aren't correct so the first thing I did was recalculate the outside then the inside, neither worked so I checked if it could be fixed by making the angles less extreme, however that didn't fix it either, Next I found a post about shading artifacts if you have sharp edges in weird places, so I removed them, but that didn't change anything, so now I'm asking for help, as all the posts on shading issues I have found so far don't mention this shading artifact and I don't know how to fix it.

Okay obviously I should have researched for a little while longer, but for anyone else who has this issue if you see this happen on your model, you need to add the weighted Normal modifier onto your mesh to clean up the visual artifacts, apologies for not doing more research