I'm fairly new to blender. I mainly use it for video editing. This project is the first time I used the "speed" effect strip. In the project, a video plays, then a clip of it plays again faster, then a third clip plays at normal speed. When I run this in the editor, it runs fine and seems to work. However, when I render it, it seems like my first clip is also effected by the speed and ends up playing twice as fast. Then the video is blank until it hits the second clip, and from then on it seems normal. Im not sure what exactly I'm doing wrong. Here is a screenshot: 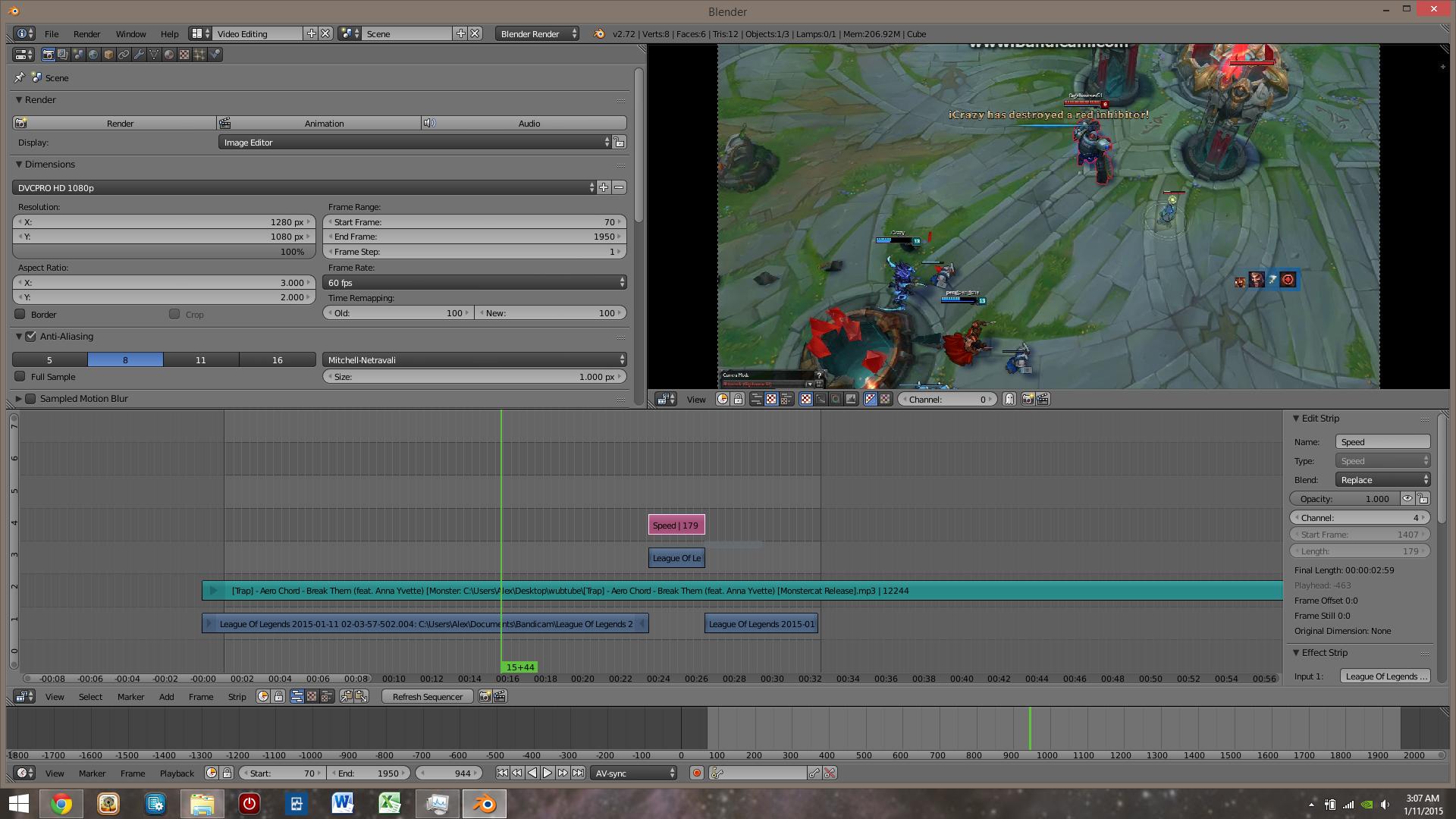 EDIT: Removing the speed section did not seem to have any effect in final rendering. The video runs fine in the editor, but the rendered file plays much faster than normal.

Blender may be buffering the source video differently at render? Try transcoding the source files to another codec first, as it looks like a screen capture and they are notorious for having strange FPS (frames per second) values.

I'm afraid that Blender's video function is handled by a limited version of ffmpeg that may not recognize your file correctly.

Otherwise check your output settings, there might be something odd about those codec settings too?

Not the answer you're looking for? Browse other questions tagged rendering video-sequence-editor video or ask your own question.

17
Audio/Video out of sync in rendered video, but not in VSE

9
Why will audio and video not sync in rendered video file?
2
Blender rendering at 2x speed
3
Making video strip end at its last frame after speed modifier is applied?
2
How to make multiple speed changes in a video