How to use collection of armatures with children meshes in particle system or Geometry Node Instancing?

I'm having a little problem right there:

I have 5 different rigged zombies with different animations, so in the outliner they're armatures with a child mesh of the zombies: 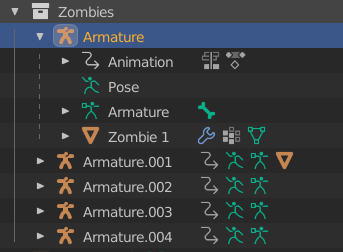 What I want to do is scatter them on a plane randomly, either with a hair particle system, or a geometry node distribution.

My problem is in both cases, if I take the "Zombies" collection as a the source and ⚠ I don't want to use "whole collection" as I want each of them to be randomly scattered, not the group as a whole ⚠ , the particle system (or geo node distribution) actually goes a bit too far in the separation process and scatters the armature separately as it's own object ! 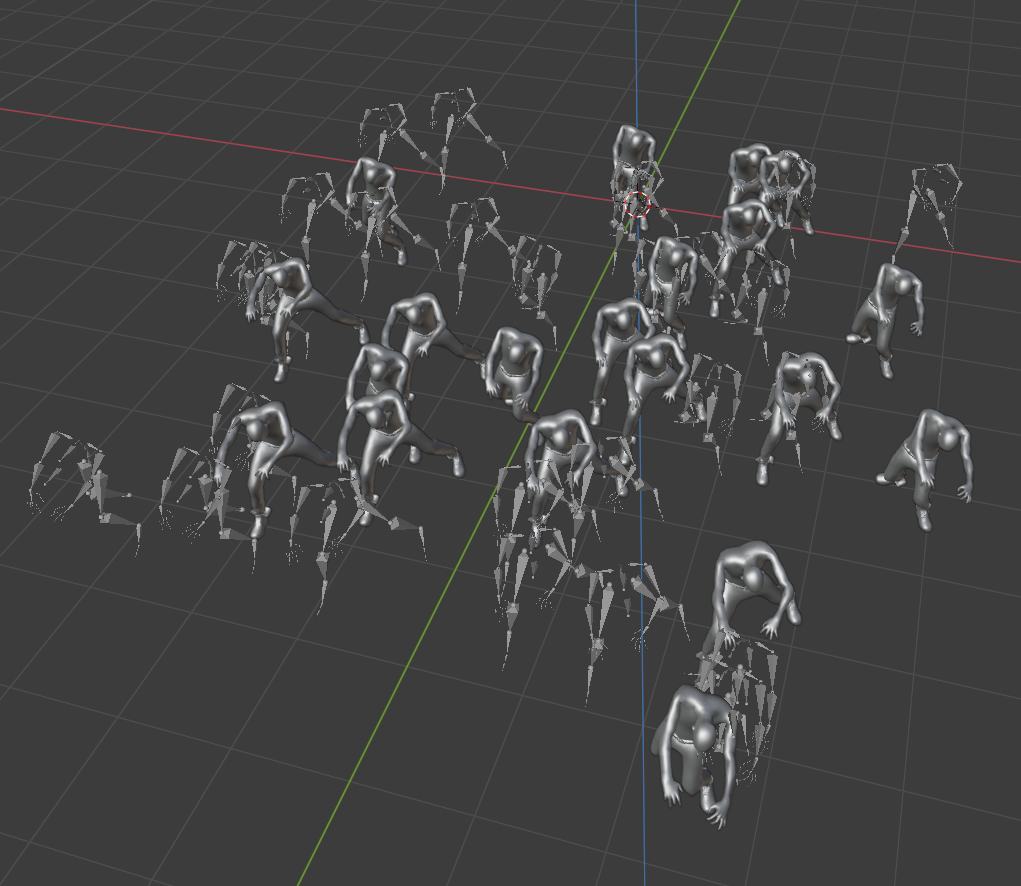 Is there a way of doing what I want, which is to non-destructively use the armature and it's child mesh as one object in the collection that the Particle system (or geometry node point distribute) sees ?

I could "use count" in the particle system and remove the armatures, but it's tedious and doesn't scale well (and more of a workaround as well), also I really want to use geometry nodes instead and there's no such option (yet) anyway.

Right now I'm just trying to scatter each "object" mesh separately on it's own particle/hair system or geometry node point distribute but it's also tedious and is gonna be a pain if I start to introduce even more different zombies.

I don't know what to do so if you have any idea I would love to hear !

Your problem is very simple : When you uncheck "Whole Collection", the point instance node will instance a random object contained within itself, regardless of the parent hierarchy. It only sees a list of all objects that it contains, and no parenting structure. That's why it sometimes instances the mesh, and sometimes only the rig.

Here are my 3 sub-collections within my master collection :

And the instanced geometry using a plane : 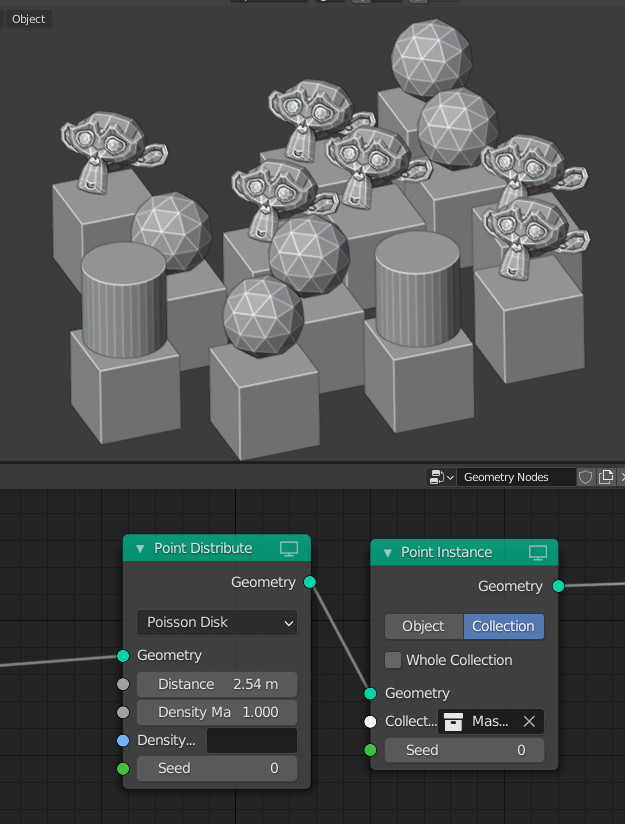 Not the answer you're looking for? Browse other questions tagged particles armature parent collections geometry-nodes or ask your own question.

2
How to distribute animated meshes with a particle system
3
Convert Particle System to Mesh (Collection NOT Object)?
0
How to get same hair particles from collection in second particle system/ or how to delete instanced particles without converting them to real meshes?
0
Animation Nodes - Multiple Particle Hair systems distribution, and mimic child particles
1
Why is my particle system rendering differently on my cloud rendering service?
2
Blender (2.91) modular tree addon, with particle system the leaves do not show up
4
Geometry Nodes: Point Instance Collection use count (object weighting)
1
hair render collection ignoring parent/child hierarchy