I want to set a min and max influence range using a driver for the copy rotation constraint. I've tinkered with the driver graph in graph editor but it's too delicate to set my specific range --between 0.499 and 0.97. So when I manipulate the target object in the scene--a slide control bar--up and down, it sets the copy rotation influence between 0.499 and 0.96. The default range is between 0.0 and 1.0 when I slide the control bar targeted by driver. 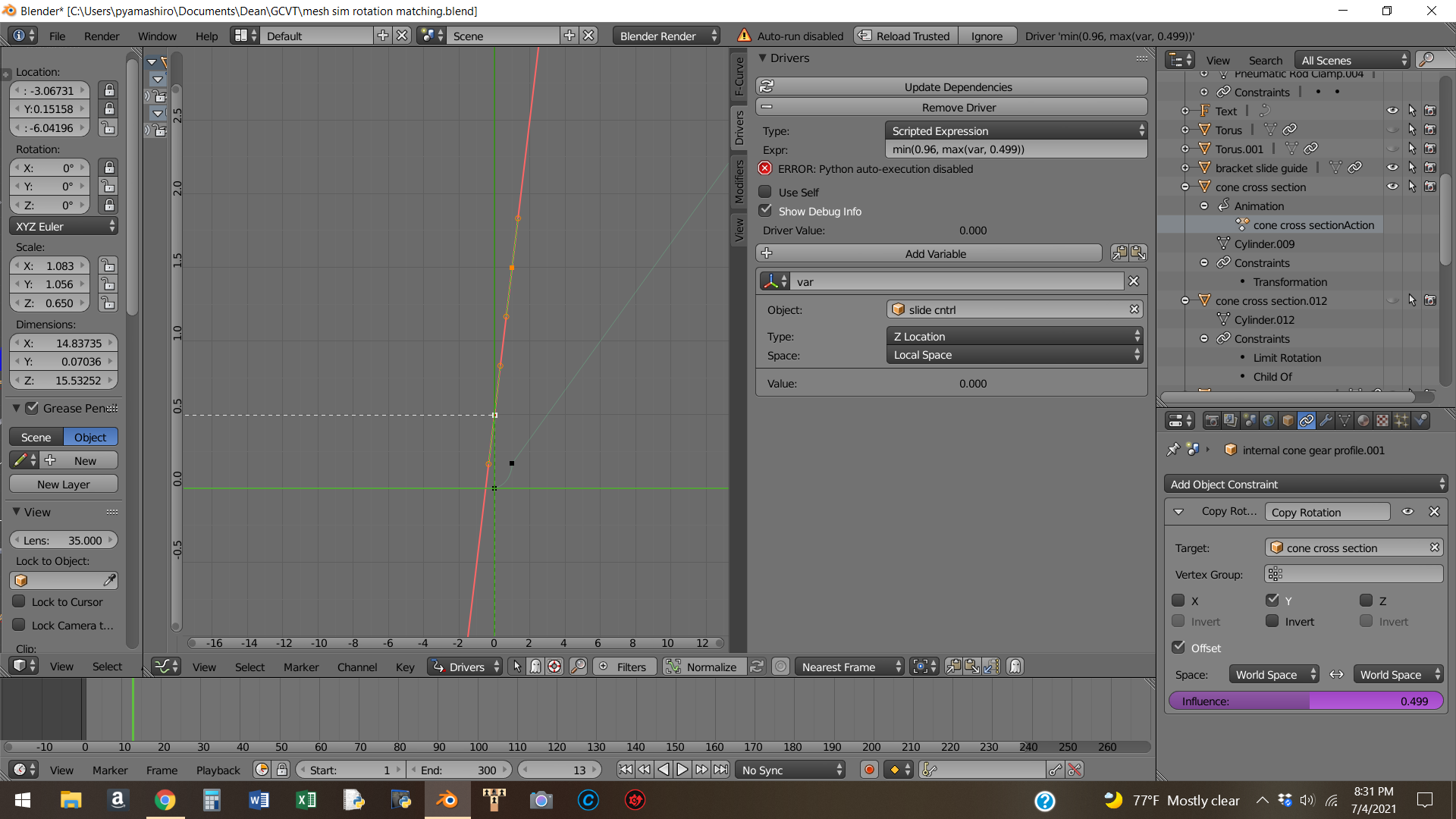 This is graph editor screenshot with scripted expression from answer. Driver holds influence value at 0.499 but does not increase to 0.96 when targeted slide control is moved along Z axis

You can use a scripted expression, using min() and max() functions.

Let's say you're driving this from the Z position of an empty, the variable for which is named var. 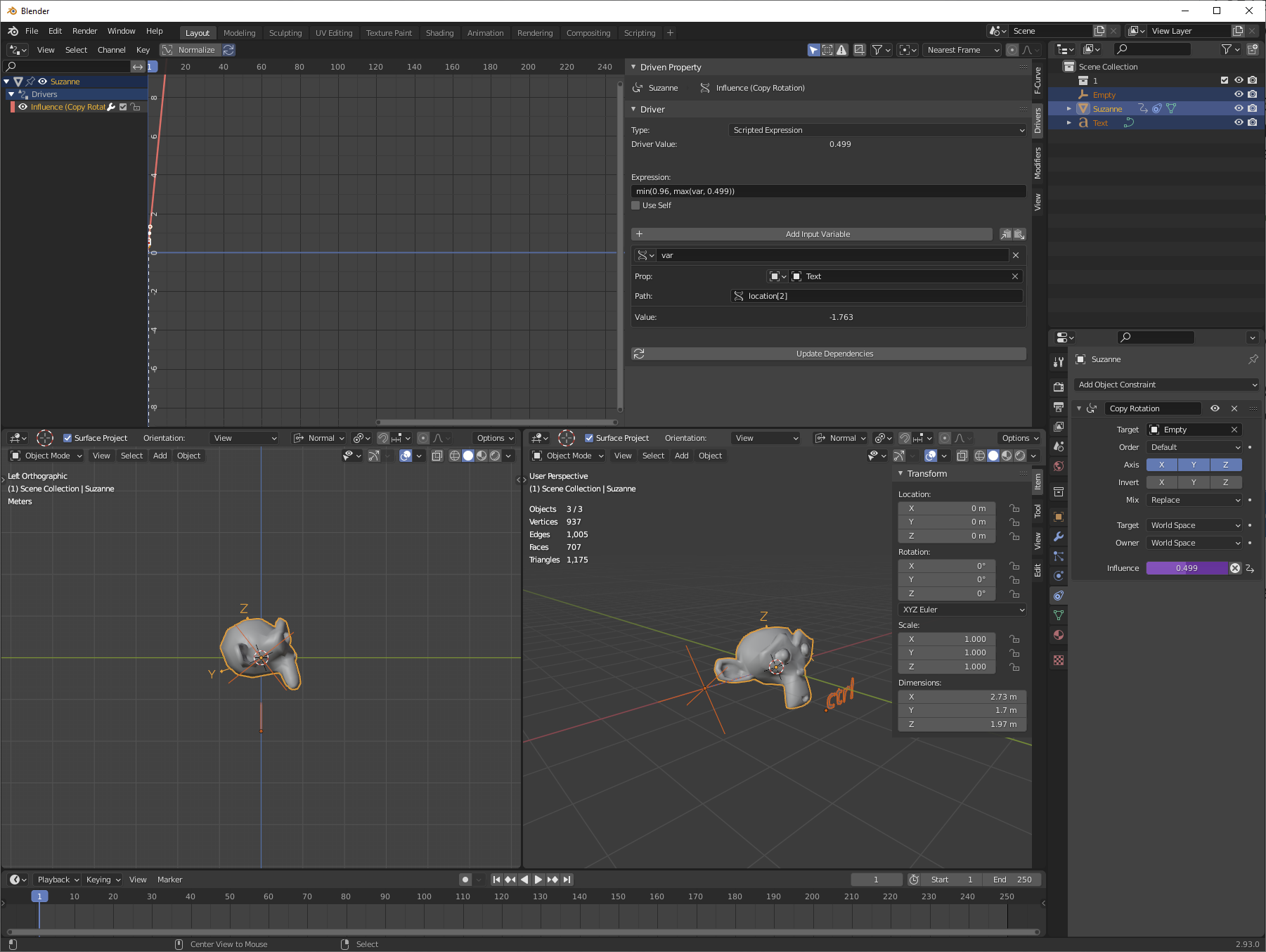 It's also possible to do this by editing the driver curve, using vector handles for the controls, but I just use scripted expressions for this kind of thing.

Not the answer you're looking for? Browse other questions tagged constraints or ask your own question.