I'm currently modeling a scene that features a highway overpass at night with light streaks.

I have constructed the main piece of the overpass, and made it follow along a bezier curve with little to no problem with an array and curve modifier.

The only problem, is after I render, I get some strange shadows on the road that do not make much sense as to what the reason is. 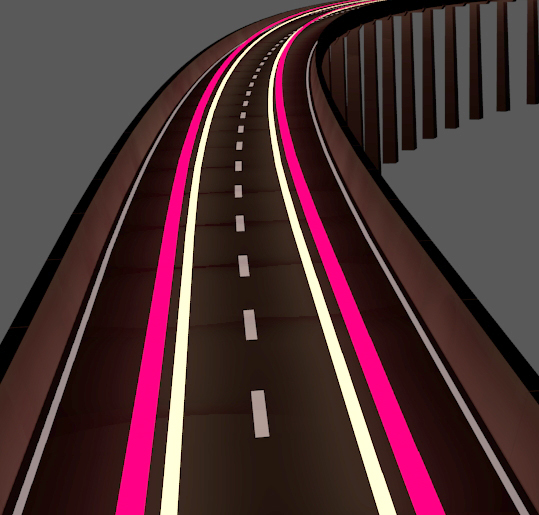 I thought at first it was the road lines causing a problem (they are on a separate mesh for ease of use), but even after rendering without them, the shadows still appear on the road.

I've tried recalculating normals and other fixes, but it hasn't worked. It might be the mesh, but I tried to keep it as low poly as possible. 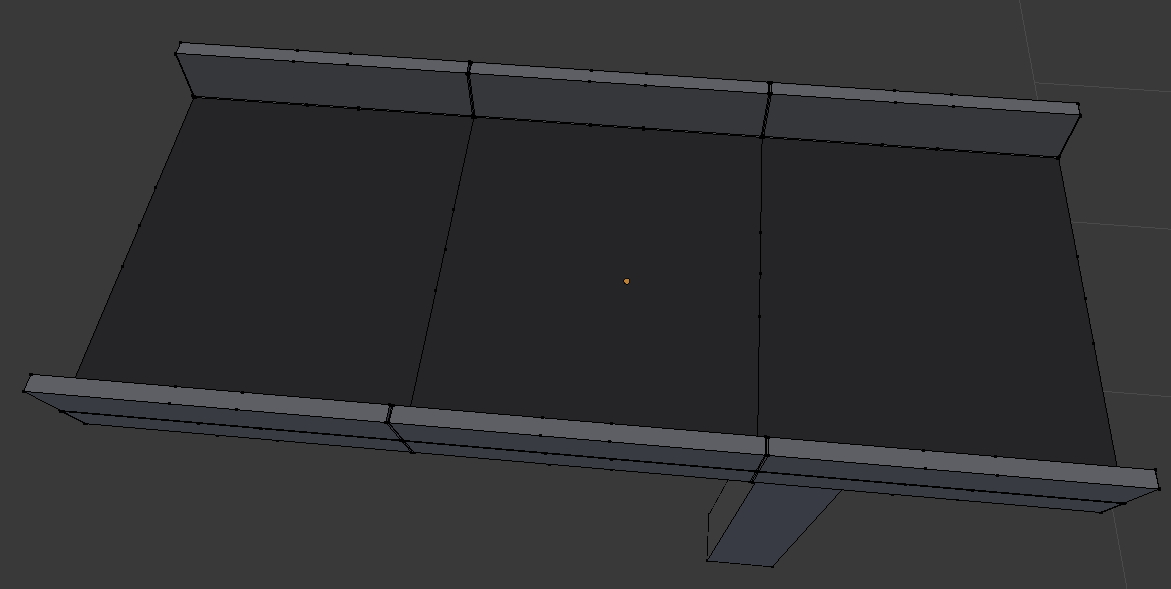 I'm not entirely sure what is causing the problem, so any help would be great.

Here's the modifiers on the highway 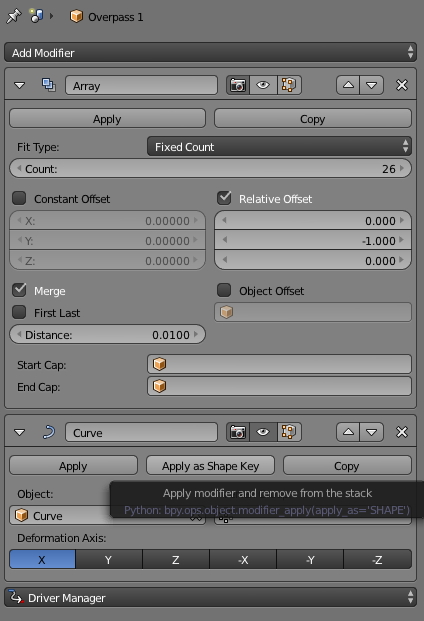 Delete the faces on the beginning and the end (left and right seen from image 2) of the parts. It needs to be open at the ends for the parts to merge. Play with the merge distance, make it larger until it snaps. I can see from image 2 that the parts did not merge causing shadows in between. You need an equal amount of vertices on begin and end to make it snap.

2
How to keep a transformation after "set parent" if "clear and keep trasformation" doesn't work?
2
Array not following curve
1
Array isn't following curve
3
(Beginner) How do i achieve these results?
2
How to bend two parts of a flat objects on two different axis?
1
How to Bake High Poly Object Details (Shape) to the low poly object?