Here's the blend file I am attempting to render a video in video editor and although the preview looks fine, when rendered, the video is mostly blank with audio, I imported 2 different files into the video editor and when watching the rendered version, only the second file shows up.

I have rendered quite a few videos from here, including ones with multiple files, but for some reason the first file wont show up when rendered.

I have made sure the settings are the same as previous successful renders and have tripled checked that both strips on the timeline are the same. they are both MP4's. The strips from the second mp4 is shown, yet the first mp4 is not. I have looked at answers to similar questions but none have worked. I can hear the audio from everything in my edit when I'm Listening to the rendered version, yet the video from the first mp4 is not shown. 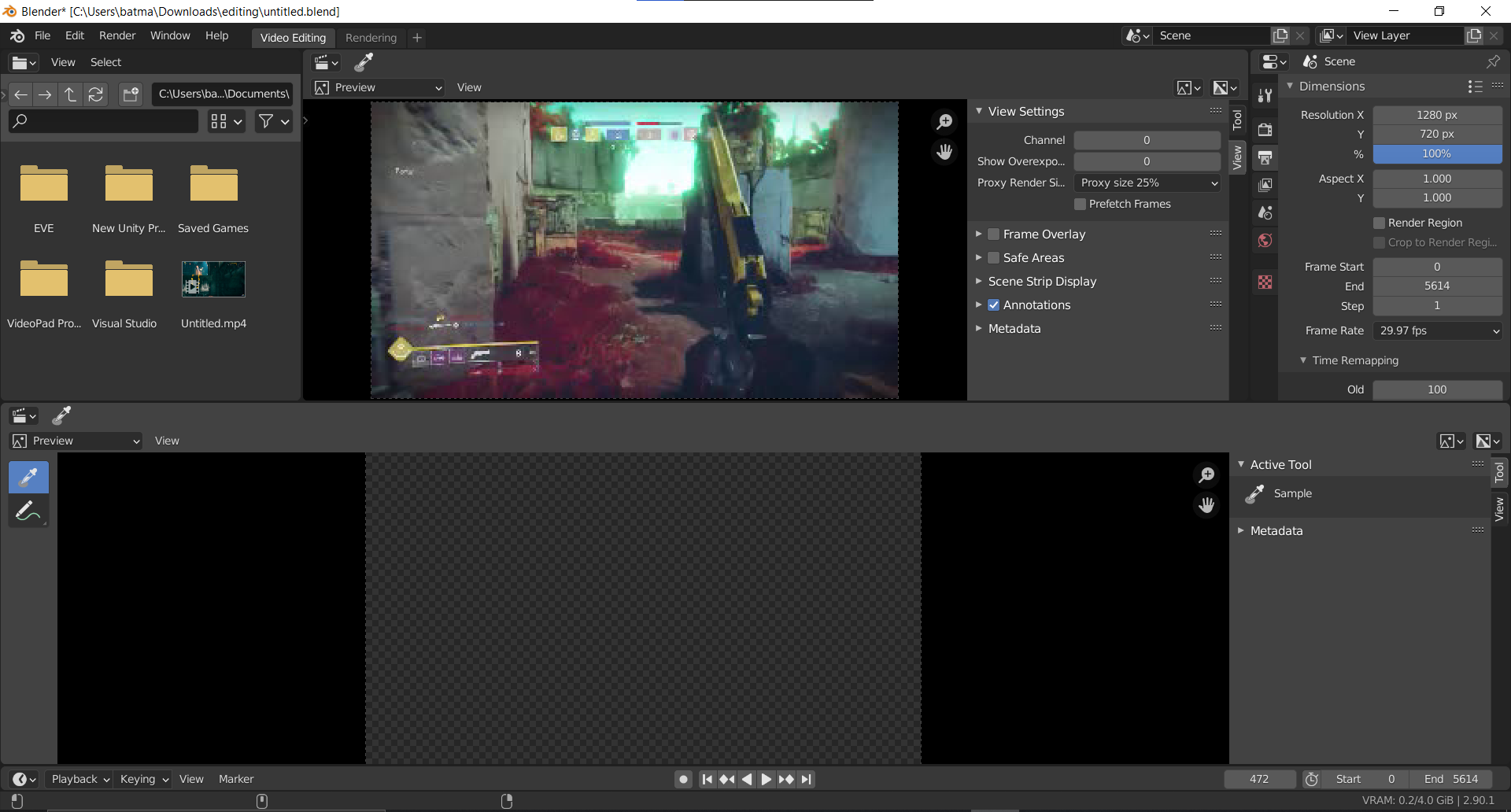 Thank you so much! One of the mp4's weren't loading because it was attempting to pull from a folder that didn't have it any more. All I had to do was copy the strip, delete it, then paste it back in again, ensuring the file was properly located. It rendered fine. Again, thank you so much I spent like two weeks changing every variable I could find and it turned out it was a fairly simple fix. I fear myself to be legally blind.