How can I make the texture look like this?

I have to make texture like this and have no idea how to make it. I tried voronoi + brick and nothing makes it look like this. 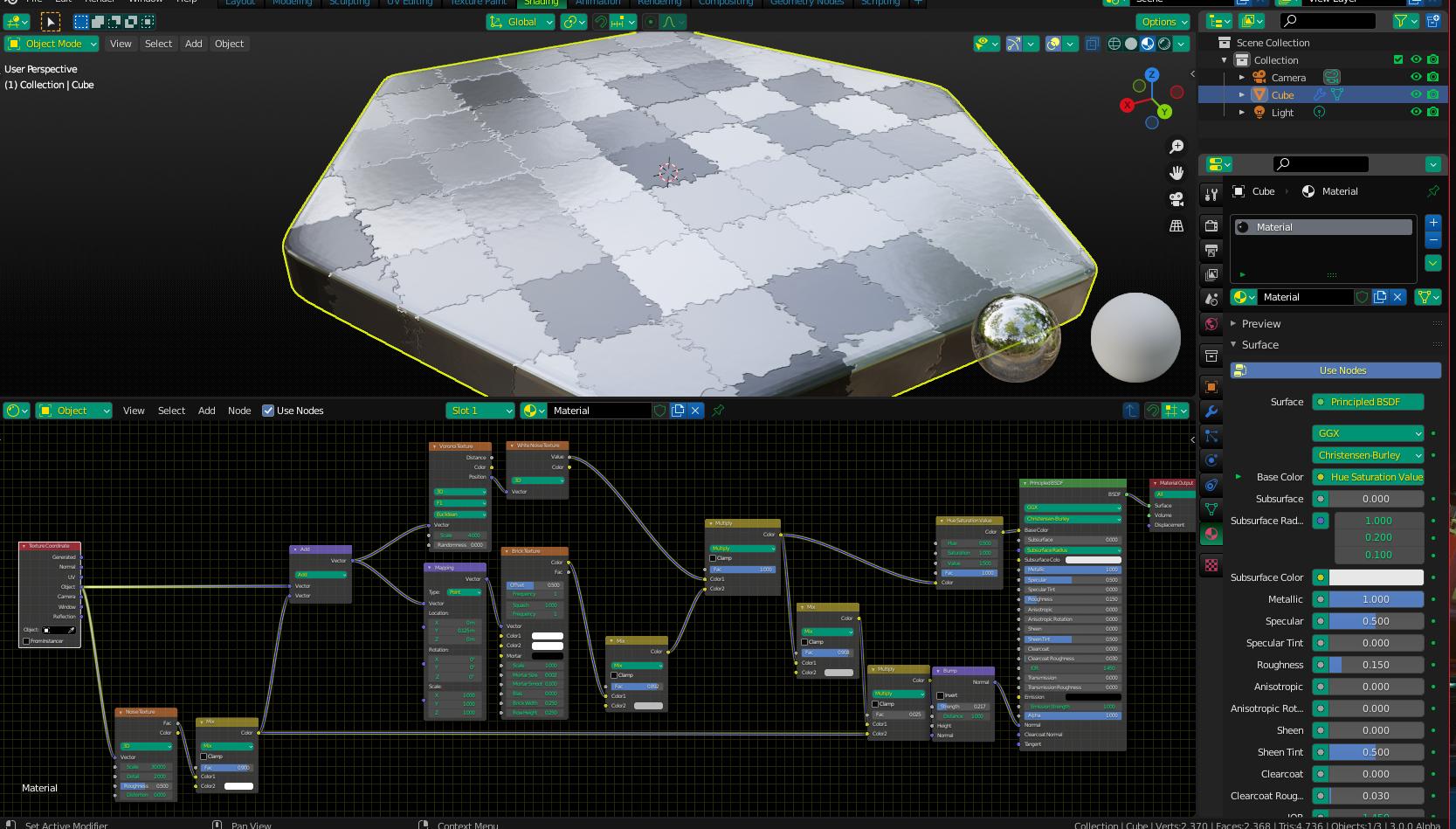 I would start by using the Position output of a Voronoi Texture with the randomness set to 0 as the Vector input of a White Noise Texture. The reason for this is that by default, White Noise Texture is infinitely zoomable, and using the Voronoi Position allows you to scale it (to make larger tiles). I wanted to use White Noise because it has that random grayscale checkered pattern. 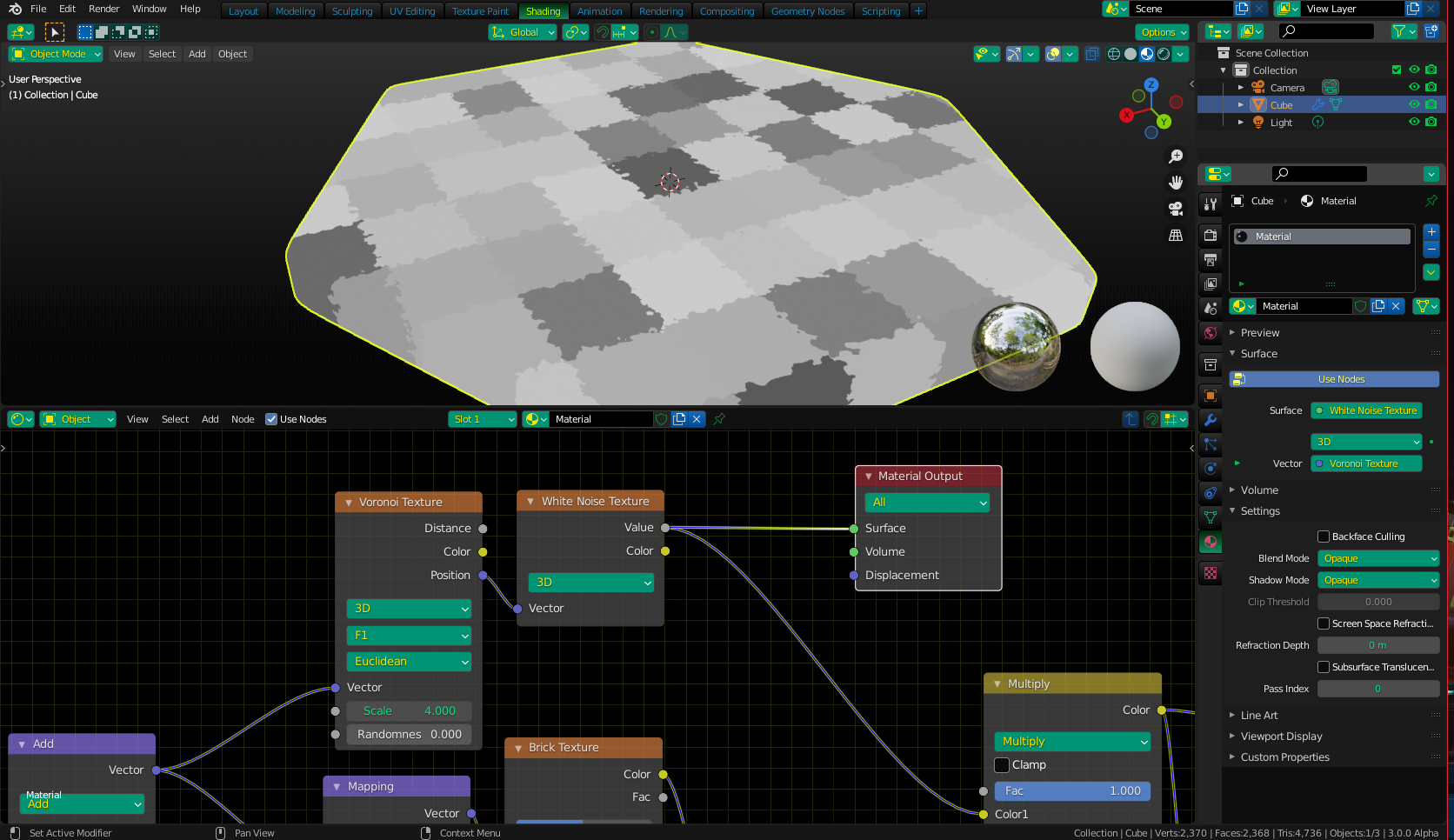 To get the edges "warped", I added the influence of a Noise Texture to the input Vector of the "tiles". You can see I added a MixRGB mixed with white before adding the vector. This is because generated textures can often supply values outside the normalized (0-1) range that many shader systems are trained to handle. The result is the values these generated textures produce are simply too "strong" without being "diluted" somewhat (something to lower their strength/contrast). I find the MixRGB is a fast way, that allows me to control the strength easily with the slider.

To make the "grouting" stand out, I used a brick Texture using the same Warped input vectors as the Voronoi, however I had to offset it by a bit so the grout lined up with the tiles. I also had to change some length/width values on the brick so they were square. I also had to change the offset so they look like "tiles" and not "bricks". 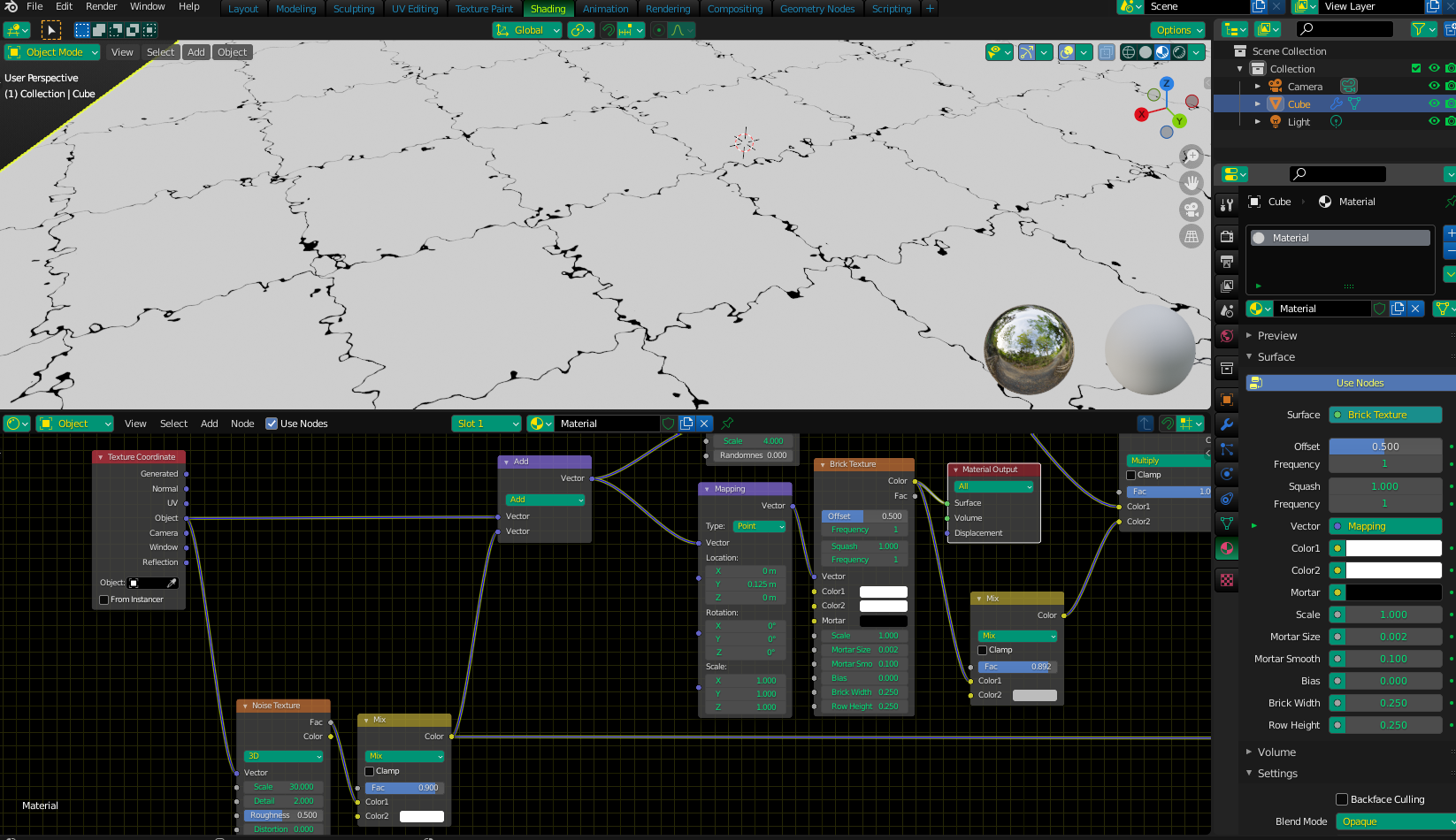 I mixed the Tiles and the Grout together and used it as a basis for both the Base Color and a Bump map. I also added a bit of the Noise texture to the Bump map to give it that slightly rippled finish. Notice how mild the map looks going into the bump node - anything more looks too strong. I even had to reduce the strength of the bump to get it right: 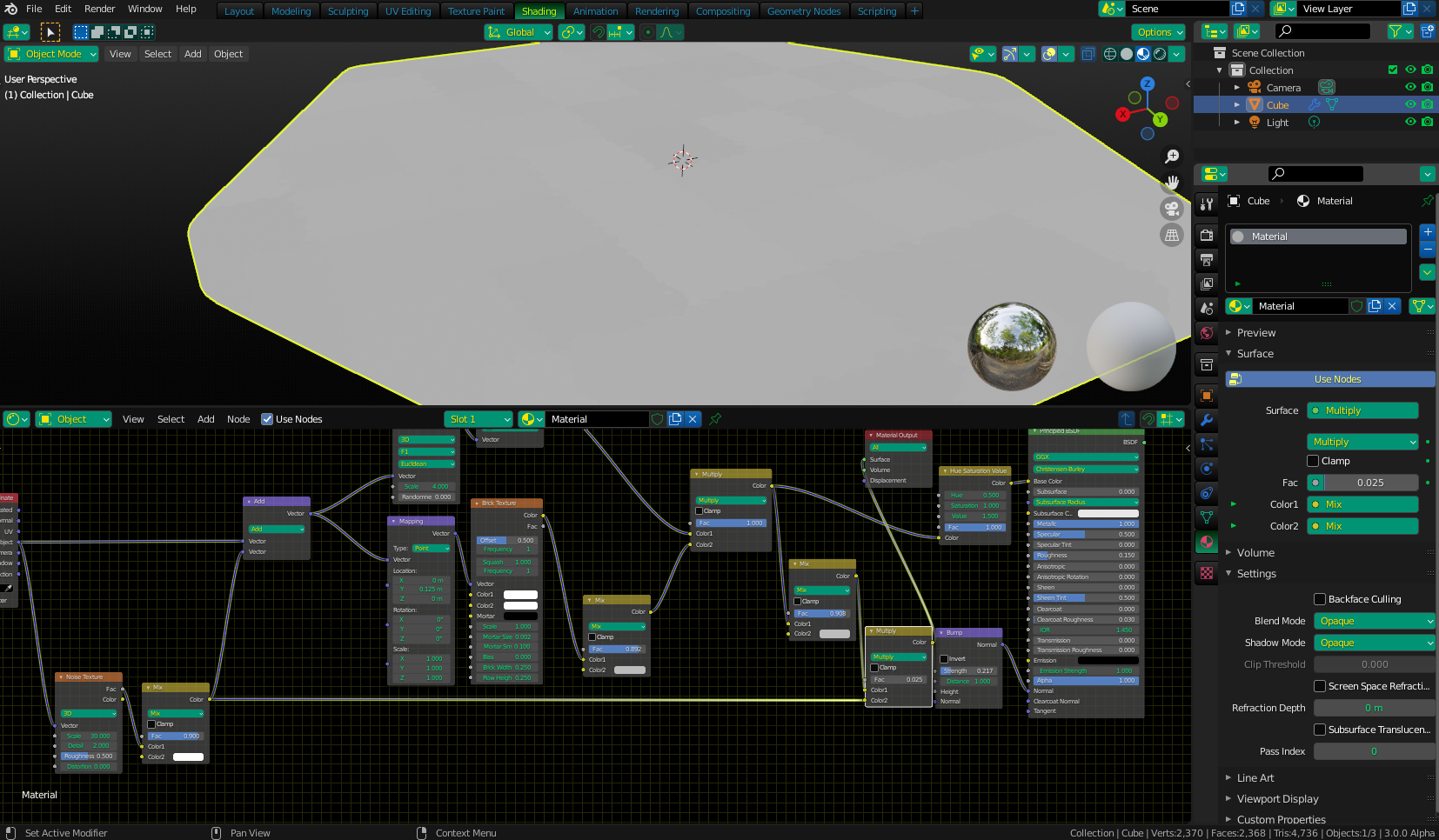 Lastly I turned up the metallic and down the Roughness and voila:

You can get there using a brick and noise textures. 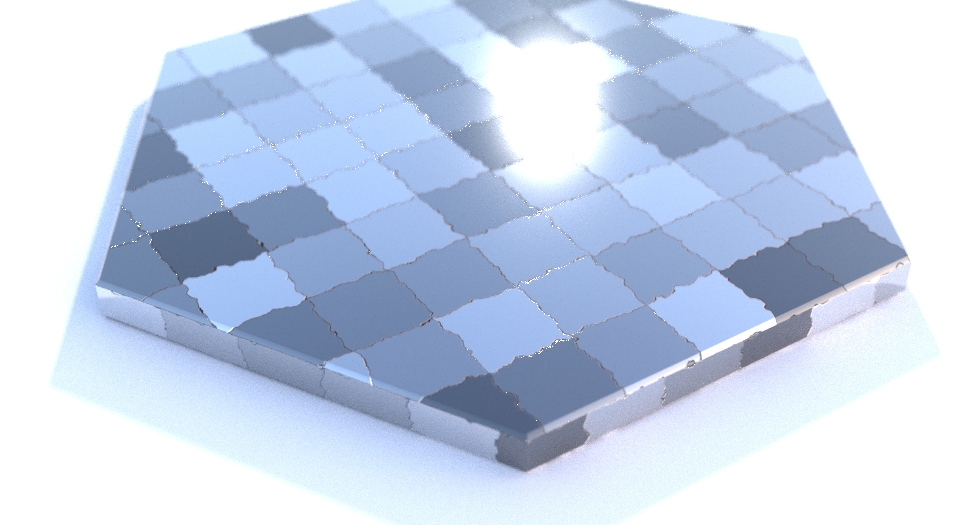 7
Is there a way to change the mortar geometry of the Brick Texture?
3
How can I get my glass to look like this glass?
3
How to make a tye die texture?
0
how do I make my textured objects look textured in my render?
1
How do you make a brick texture follow a ring?
1
How can I make my liquid look like tea?
1
How can I add the noise to the pores in this texture?