How can I use a black & white video transition in VSE?

VSE has only "fade" transition. What if I would like to make a custom one using a black & white video? I tried the "Mask Modifier" but it seems to have a different function. What works for me is the blend:Add or blend:Multiply. I want to add the transition video to the first clip and subtract it from the second clip simultaneously. Of course, it's a drop down menu so I can't choose both. Also, the two clips will affect each other because one is above the other. Both under the transition video.

How it should like: If I managed to do a video about how it should look like, I wouldn't ask this question :) But I'll try to illustrate more here.

By hiding the video, Here's my first image. 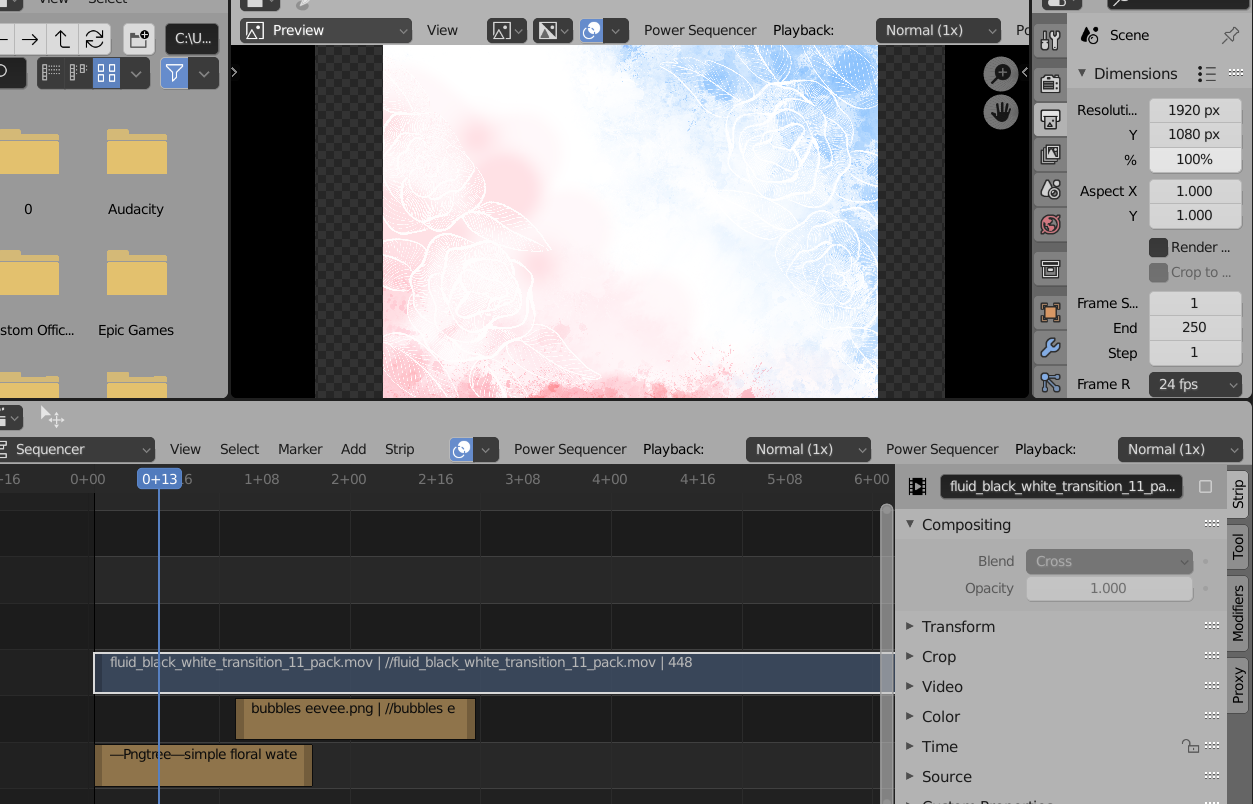 and here's my second image. 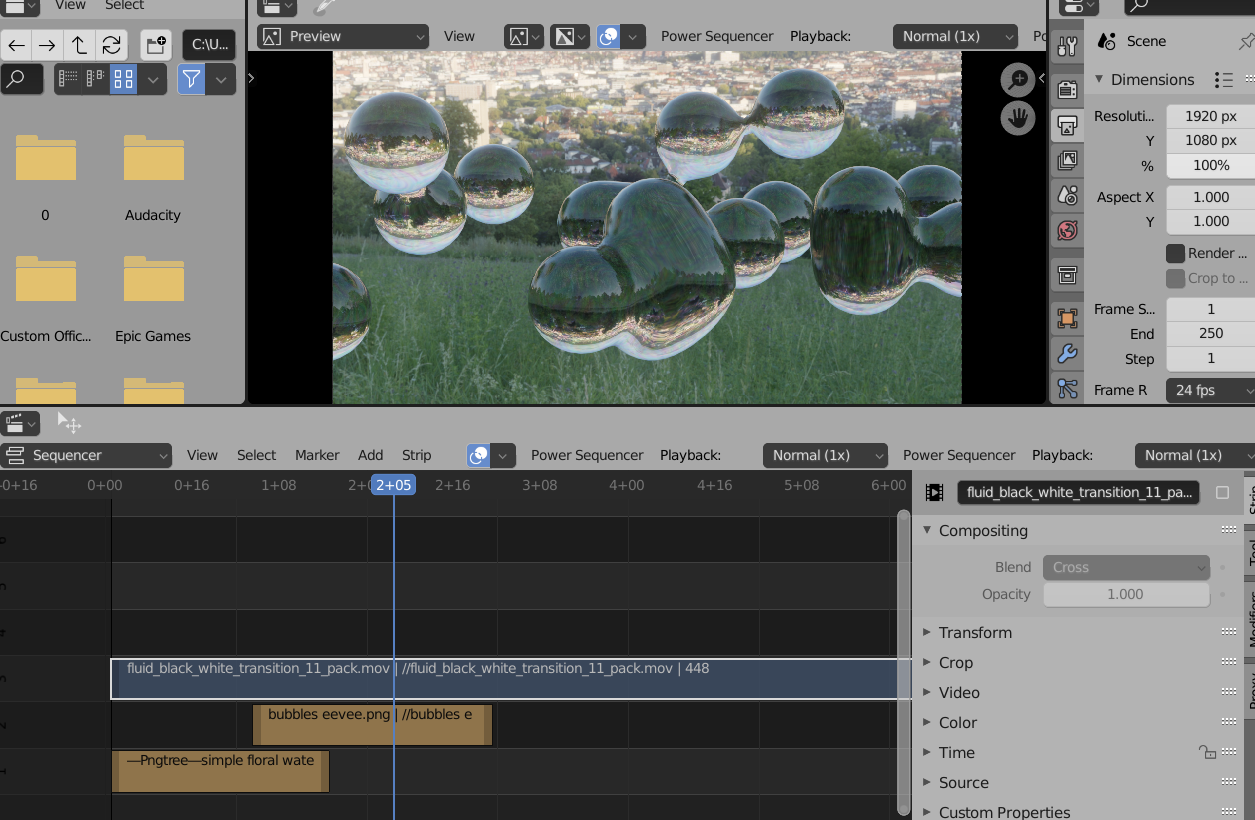 How can I use the video to make a transition? My idea that I tried is that I can let the white part display one image and the black part display the other image by adding or subtracting. Here's the video with the black and white: 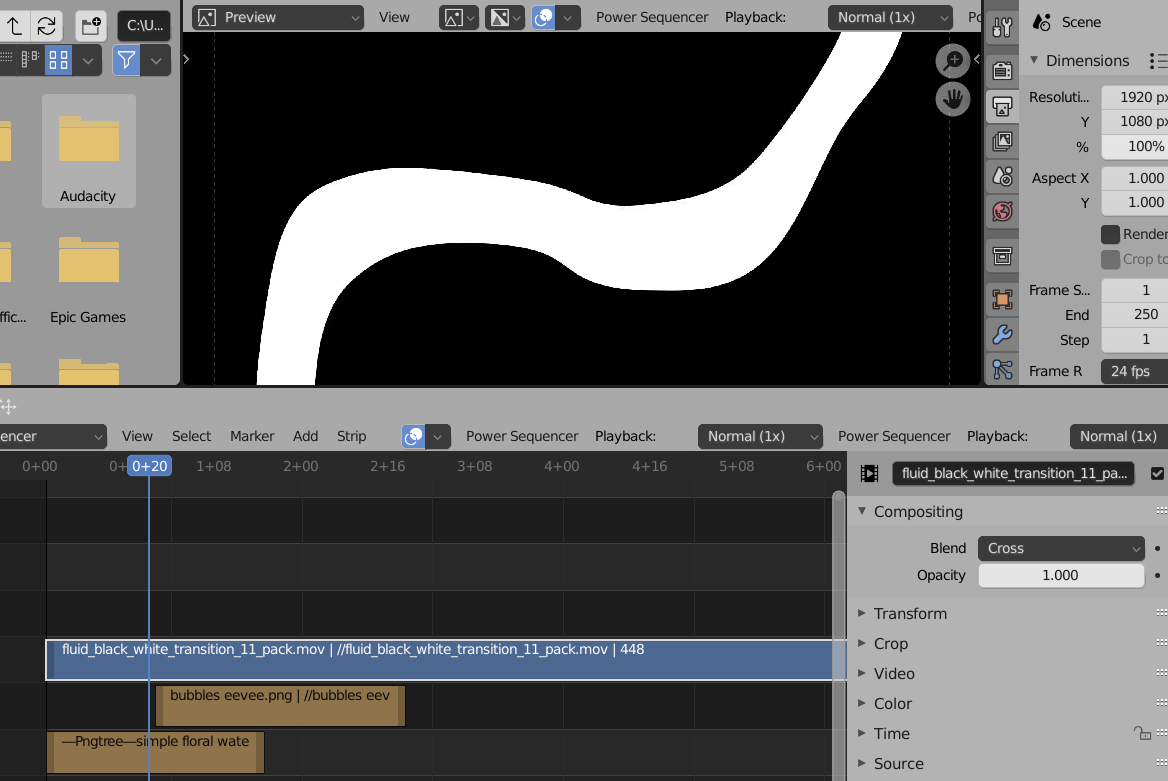 By adding, the black part is replaced with the first image. 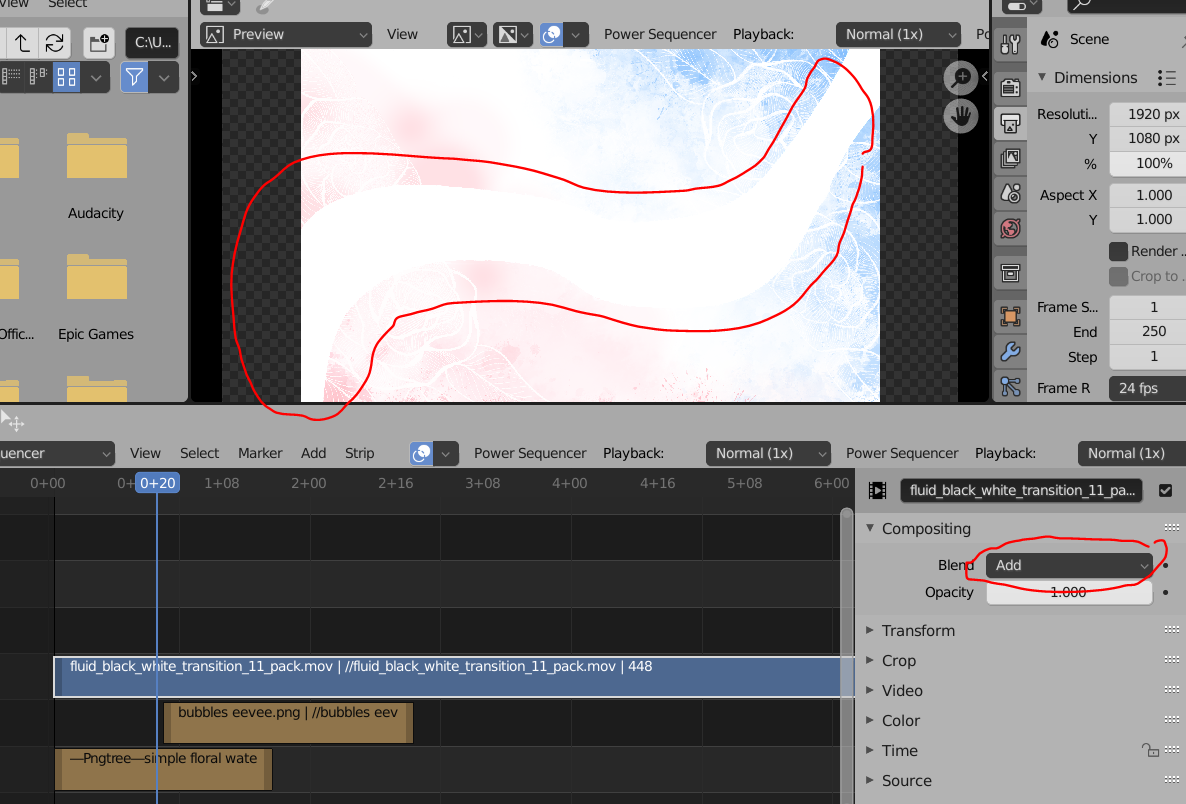 By Multiplying, the white part is replaced with the second image. 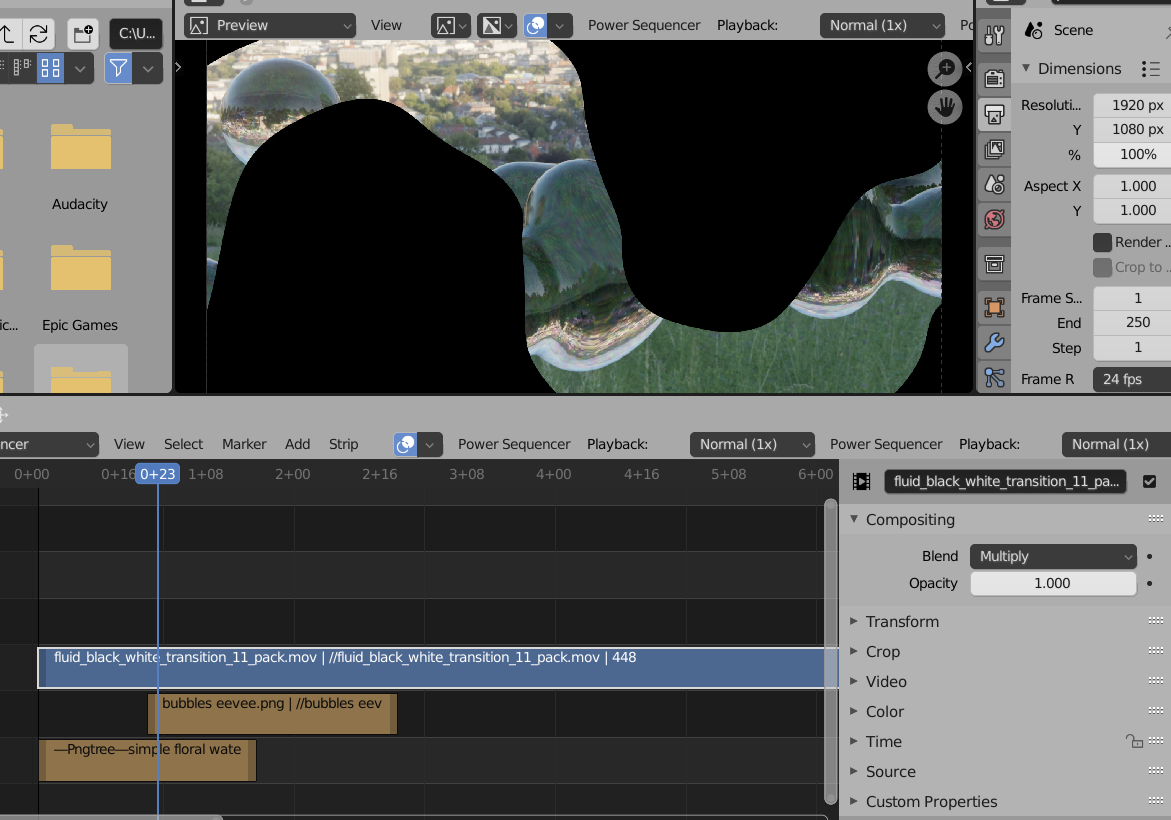 So, If I managed to "Add" the video to the first image and "Multiply" it to the second image simultaneously. The two images will replace the two colors (black and white). This way, I can use any transition videos like that and there will be unlimited number of transitions that can be added to blender. Is there an easy way to do it? I'll be dealing with lots of images so I don't want to do many steps each time I do a transition. Thank you,

You can put your black and white transition strip under the others, select the upper strip give it a mask modifier pointing at the B/W movie and change its blend mode from cross to "Alpha Over". 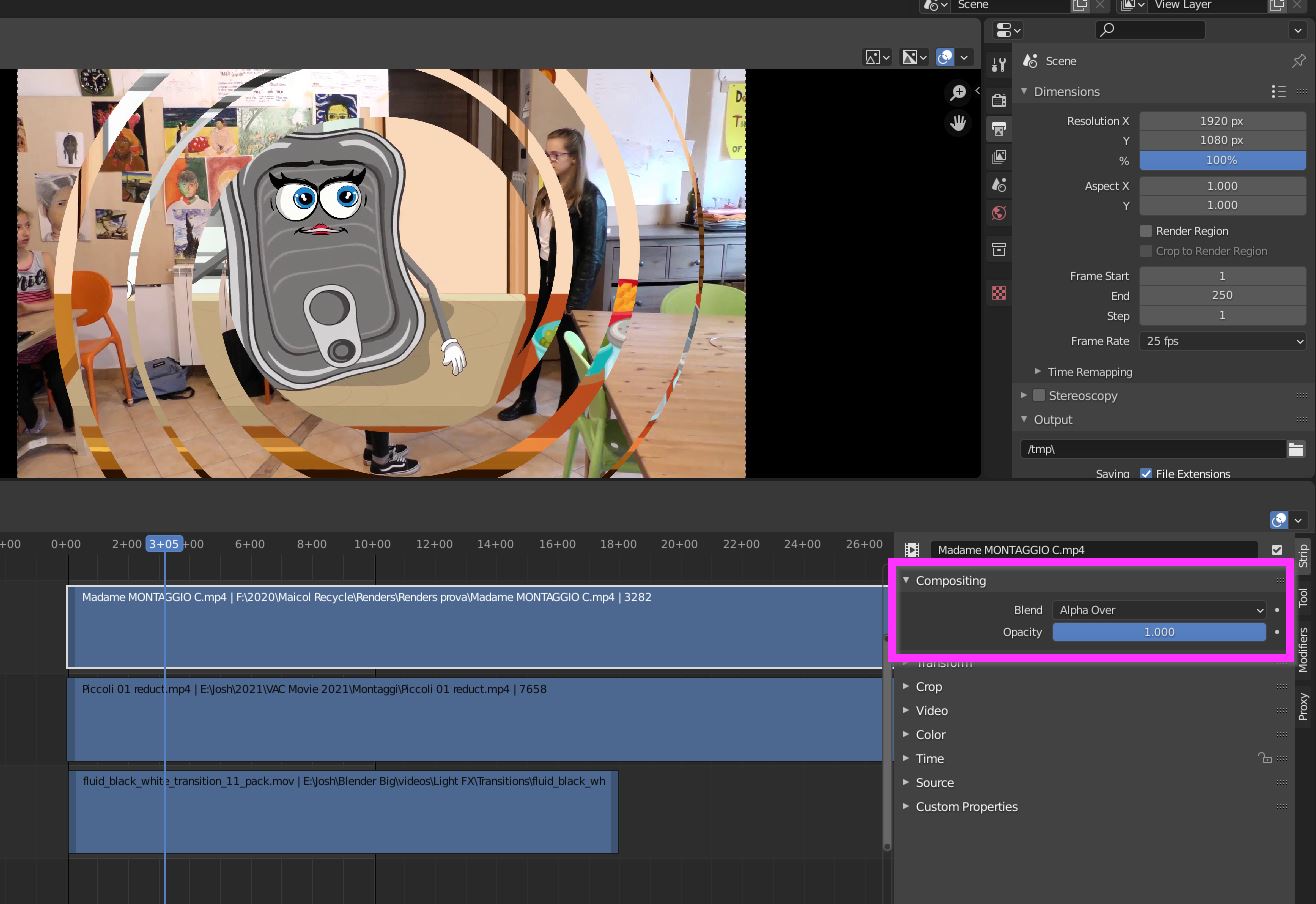 You can achieve this effect using the compositor, however I am not sure, how to time things in the compositor, so if someone konws how to do it properly, please add another answer or a comment.

First, you open compositor, check the checkbox on top that says "use nodes" and delete the default "render layer" input node. Then, add three input nodes, one for the transition video and one for each of the videos you want to transition. Then, add an Alpha over node (under "color" in the add menu). Plug your transition video into the Fac input and the two clips into the two image inputs. Connect the Alpha over node to the Composite node and you can render.

However, I dont know, how to time things in the compositor. You coul add solid black before and solid white after to the effect clip and extending both the videos you are mixing so that they cover the whole length of the video with some filler (probably more solid black seems the easiest). Another, probably more practical, workaround is, to use the compositer to render only the transition and then work in the Video Sequence Editor.

This is probably not the optimal solution, but it should work. This is the node setup: 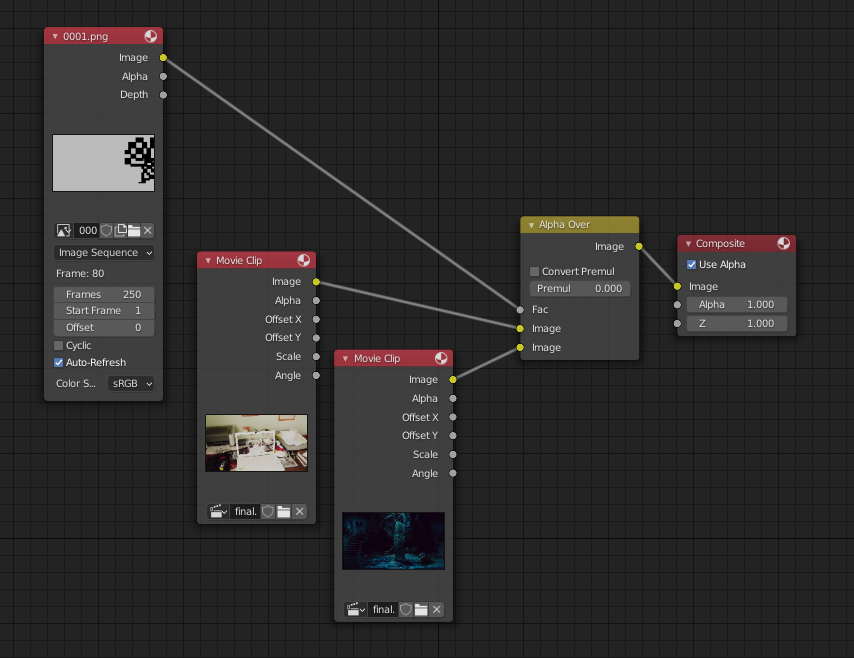 8
Simple Masking/Stencil in the VSE
2
VSE render black as transparent
1
transitions between video strips in VSE not working... am I doing something wrong?
1
Can I use the VSE to append multiple strips?
0
VSE: How to crop specific segment of a video?
2
Quality loss in black&white conversion