Ask Question
Asked 1 month ago
Active 16 days ago
Viewed 89 times
3
$\begingroup$
This question already has answers here:
Why is it important to apply transformation to an objects data? (5 answers)
Closed last month.

I'm new to Blender and purchased a course on Udemy--"Complete Blender Creator: Learn 3D modelling for Beginners". I'm having a hard time wrapping my head around "Rotate & Scale" "Apply an objects transformation to it's data". I know how to do it, but the instructor doesn't go into much detail. What is it's purpose? Would someone mind explaining it to me like I'm five?

To get your head round CtrlA applying transforms, I think it helps to separate the ideas of an 'object' and its 'mesh' (vertices). You can think of the object as a vehicle for its mesh.

Here's an object (the yellow axes,) sitting on the World Origin. Its mesh is a cube. 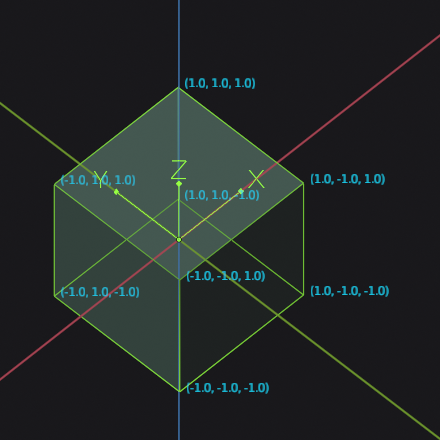 The numbers show the coordinates of the mesh vertices.

(To visualize an object, as here, you can switch on 'Axis' in its Object Properties tab, Viewport Display panel.)

Now here's the same object, translated a bit, rotated a bit, and scaled in Y, in Object Mode. 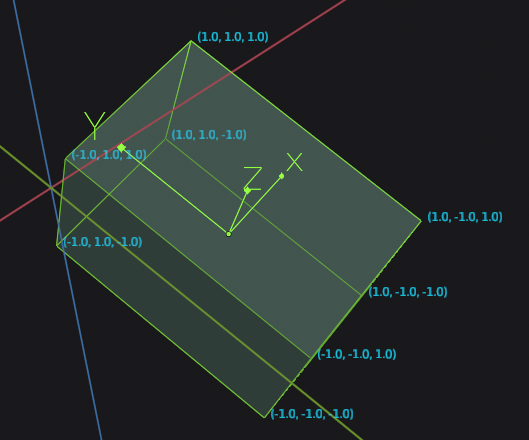 Changing the locations of the vertices with respect to the object is what you do in Edit Mode. In Object Mode, you transform the whole object, and the object carries the mesh along with it. 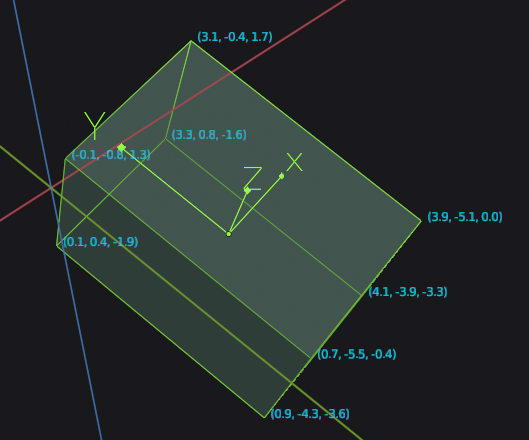 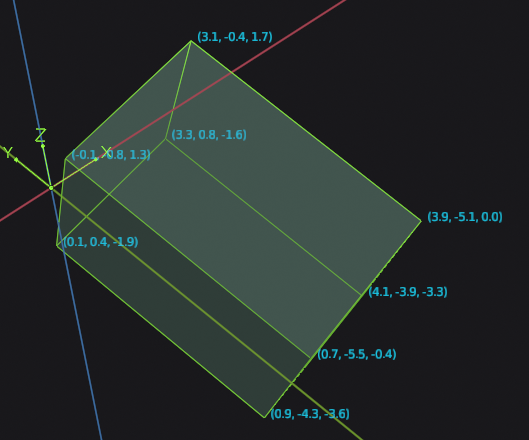 Is this what you wanted to know?

In object mode, select an object. A fast way of getting to the menu is control+A.

A wheel of options are opened such as "apply all", "apply scale", etc.

Before many operations in Blender, it is important to do this. You should get used to doing this all the time. It affects the smooth operation of modifiers and textures.

I don't understand the exact reasons for this, although it has do with many of the operations depending on the objects having a scale of 1 as the basis for various bits of code. As you know, 3D programs depend on real world scale to make calculations. So, when you start with the wrong scale it makes the math more complicated. This can happen easily during modelling as you readjust the dimensions of the object to be correct.

The solutions to this is that, once you are satisfied with the dimensions of the object you can apply scale.

53
Why is it important to apply transformation to an objects data?
1
Stretched 90 degree angle Bevel

4
How do I use quick data entry to Scale to the 3D Cursor when using Normal Transformation Orientation?