How can I move lots of objects on path and control it somehow?

I'm storyboarding a project at the moment and I want to do something similar to this image. You can see it on Behance in higher resolution as well: 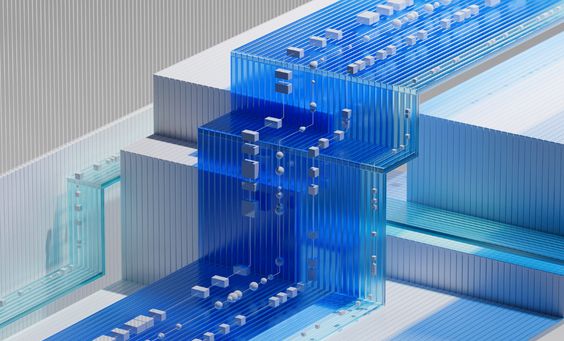 I want to model some "data cubes" in different shapes, let's say cube, rectangle and pyramid to represent different data. I want them to move on a path to "datacenter" for an explainer I'm working on.

I know you can do this with particle system and force field. But I want to have more control over it. For example set distance between cubes and control overall speed. I don't want to manually animate lots of objects on paths by hand :(

I'm coming from After Effects background, so not sure if there is some way to have "dashes" on paths and replace dashes with objects, then offset them all?

What would be the best approach in this situation?

Here is a solution with particles nevertheless, I guess someone will explain with Geometry or Animation nodes: 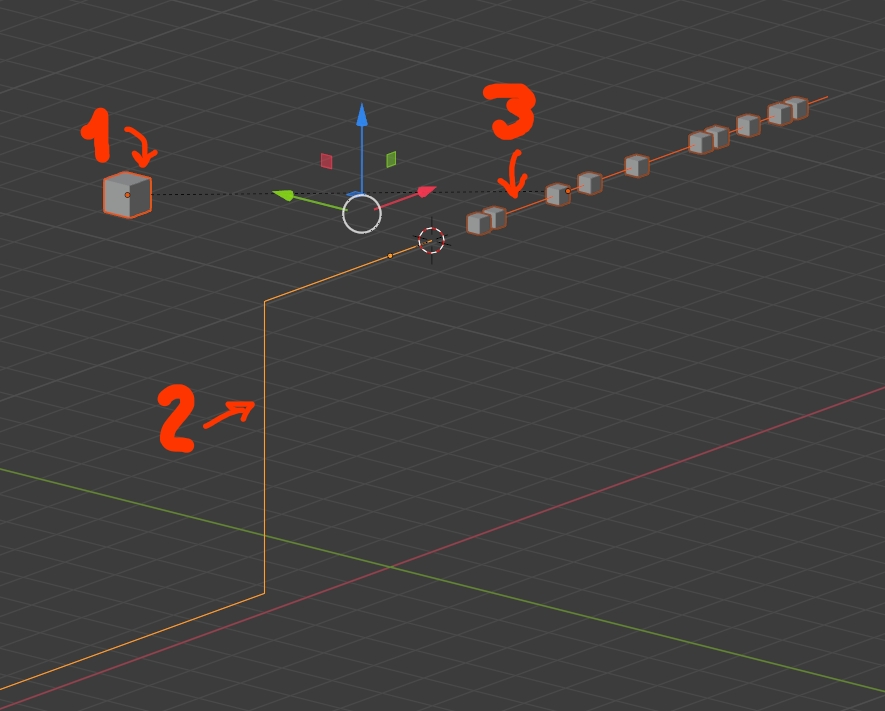 How to make objects follow a ellipse? (Duplication around ellipse)

Make a single unit, copy & offset each to fill the path.

Using an object that is one unit of your data. Create enough copies to fit the curve. Can quickly work out how many copies fit by using array modifier and setting fit curve, calculate by dimension divided by unit dimension, or add a curve modifier and adjust count. The modifiers are no longer required and can be removed.

Here's one I prepared earlier. Basically we are copying the unit and sliding its offset further along the curve by adding offset to driver expression

Set up so after running only copies selected, so if unhappy, hit X and remove the copies change settings & run again.

frames : How many frames it takes to traverse the path

copies : How many copies required

prob : The probability of copy being data 1.

Could do a number of things.

Instead of not copying when blank data, copy them all and drive the render visibility. Would enable us to randomize data on next circuit for example

Make a better gif to illustrate.

Read the question better. If need be can edit for multiple objects. As it is each object shares one mesh. Could swap out to other meshes (esp. if dimensions match)

Because Geometry Nodes feature is still under development I used an early version of Blender 3.0 because older versions had bugs and were missing features

Let's start from two objects in the scene.

I made the "edge" by deleting two vertices of a plane. 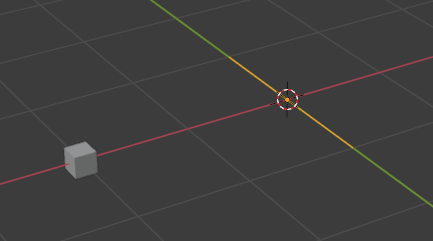 Now we add geometry nodes to the "edge" and configure them this way:

Now the edge has additional geometry: 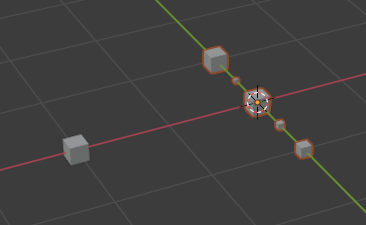 To test the movement I added a BezierCircle and converted one of it's vertices to vector by clicking it in edit mode and then pressing V and then selecting vector. 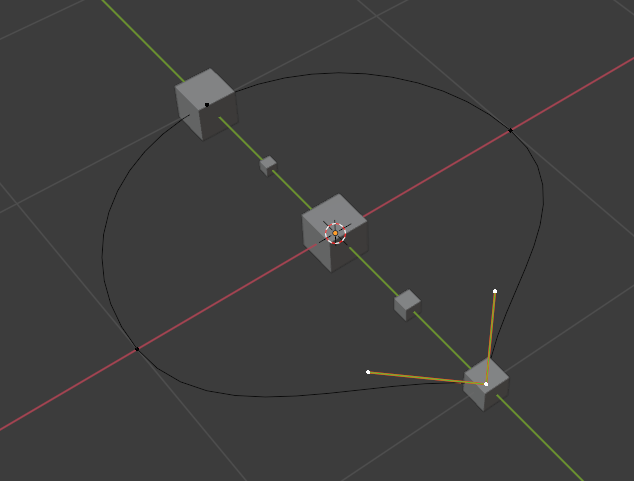 Now it's enough to go back to the "edge" and add a Curve modifier with correct axis.

And control the movement by moving the edge on the Y axis.

In this workflow almost everything is procedural and can be freely adjusted at any moment.

If you don't want the cubes to bend with the curve a slight adjustment to the nodes (removing the subdivision node) is necessary.

We will do the subdivisions first using a modifier, then we bend the "edge" along the curve and in the end spawn instances. 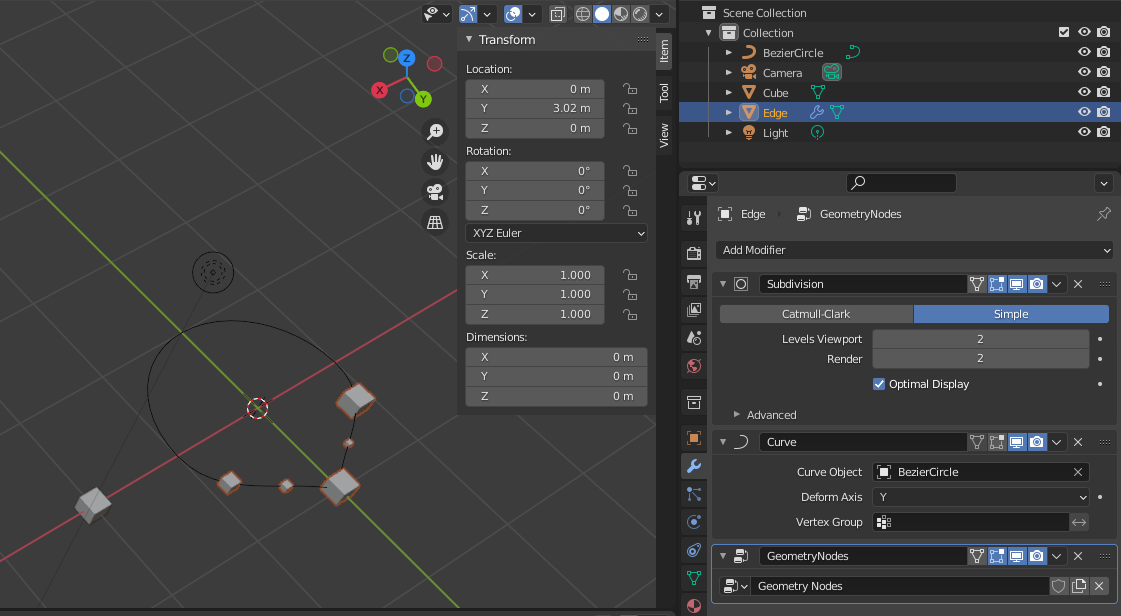 First of all, I want to thank all of you for contributing to answering this problem. I tried all the answers and played with them to see if I can get enough control and flexibility.

@moonboots answer gave me some ideas how to combine it with @Filip Franik answer. After some experimentation, I managed to get whole thing to work, using Animation Nodes.

This older post I found, helped me with overall set up as well. 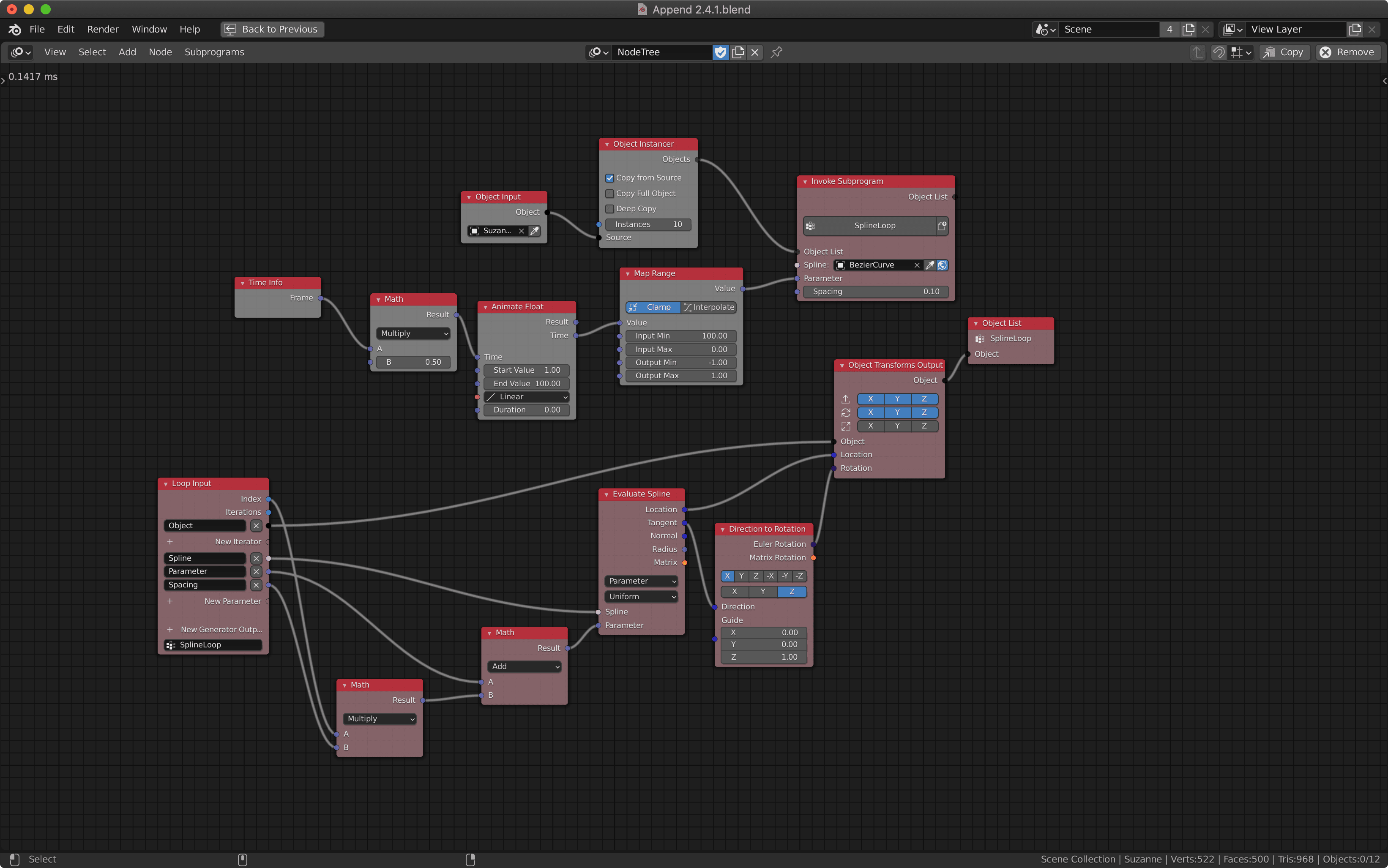 6
Continuous Looping animation - Differing rotational speeds
2
How to make objects follow a ellipse? (Duplication around ellipse)
3
Animation positions and animate along the path - Animation nodes
0
Geometry node instances along curve transform?
0
How can I select object from collection and place it on spline from different collection THEN do it again until all splines are used?

12
Multiple Linked Objects with unique Materials / Group Materials override
1
Baking Sound to F-Curve with Python on Pre-Existing Objects
0
How to Copy ( CTRL L ) Object Data to Many Objects while keeping all their Transforms ( Location Rotation & Scale )
2
Move scene objects according to camera path
1
Animate between script-drawn frames?
1
How to save and load Blender objects with Python?
2
Replace Grease Pencil object with a mesh object and vice versa