Mirror modifier on a curve doesn't work as excpected [duplicate]

This is the expected result : 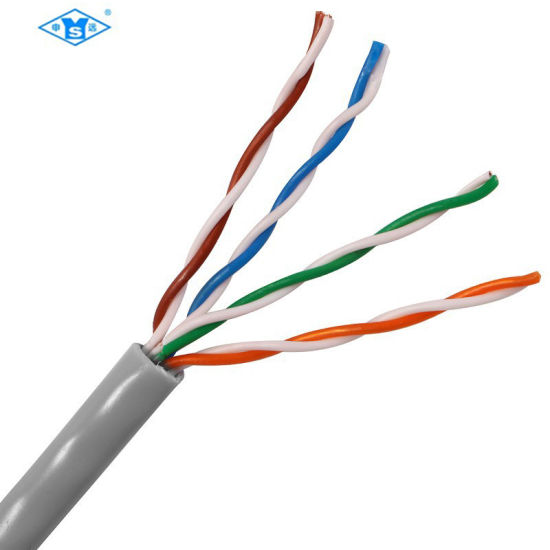 I only succeeded to make the wire mirror around the plan y=0 and not the axis y. I got : 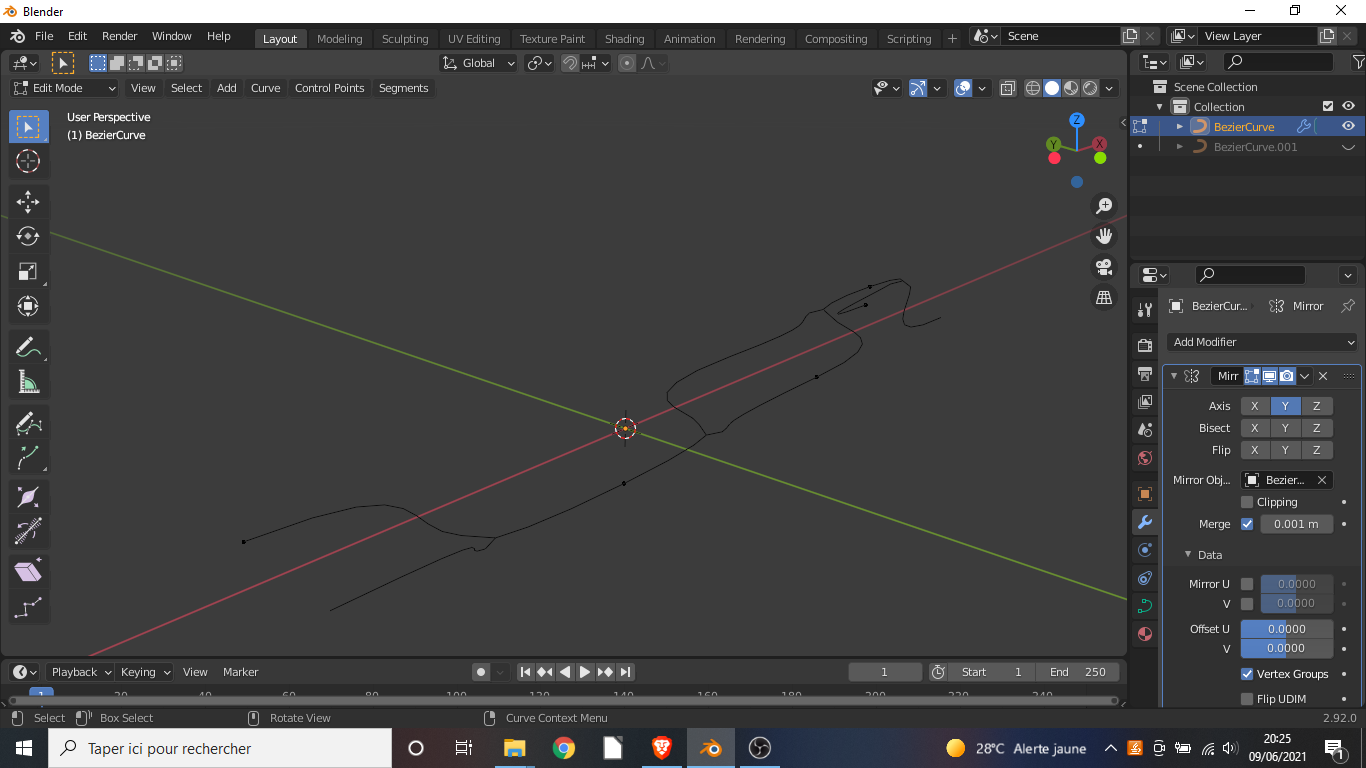 I have also tried to mirror around a straight curve.

Once twisted, the wires are not reflections of one another in one plane; they both wind in the same direction. If Z is along the helix, wire A is a rotation through 180 of wire B around Z, or A is B scaled by -1 in X and Y, (a reflection in 2 planes simultaneously, which the Mirror modifier doesn't do).

TLDR; You can mirror the wires before twisting: 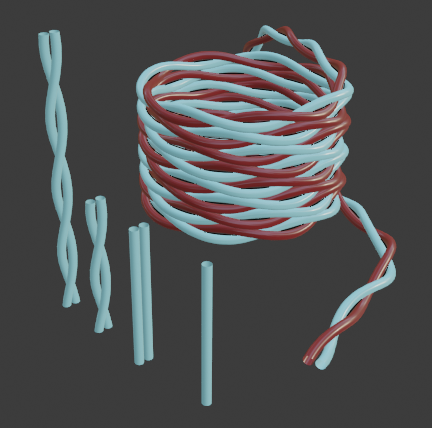 Foreground, front to back, with the following modifiers:

Background: Curved around another spiral curve.

If you need two colors in the flex, you can offset the V of the UV by -1 in the Mirror modifier's 'Data' section, and use nodes something like this..

Not the answer you're looking for? Browse other questions tagged modifiers bezier-curves mirror axis mirror-modifier or ask your own question.

5
How to make a spiral lollipop?

0
Mirror object around a circle?
7
Object on curve wont stay flat!
0
Mirror multiple meshes with bezier curve
1
Curve modifier does not work when you merge another curve to the original curve
0
How to rotate/duplicate a curve around another curve object in 2.8?
0
How to extend curve on another curve
1
Duplicating object along curve