I am exploring the new geometry nodes, my goal is to create a very simple procedural tree: a brown cone and a few green pyramids on top of it 🌲. I would like to apply random variations to the pyramids like rotation, scale, color later maybe subdiv and deformation as well. For now I just work with cubes.

Geometry nodes seem not to support array-like operations so far (Blender 2.93), so I added an array modifier in front of it. However, when I use the Random Float node, I have no idea how to set the seed individually for each object copy that was created by the Array modifier. I tried to make the seed a custom parameter of the geometry nodes modifier and use a driver to set a unique value for each instance. However, that plan failed since self in the driver expression points to the modifier, not to the object so I cant get something like an index out from the Array modifier, also connecting the driver to location.z related to the original cube, not to its modified version.

My second try was to use the Bounding Box node and get the min.z to feed it into the seed. This failed as well, since it also seems to relate to the original object before the application of Array.

Both my attempts are captured in the following screenshot. The spreadsheet shows values of the driver (location.z) the random rotation is seeded by the min.z of the bounding box. 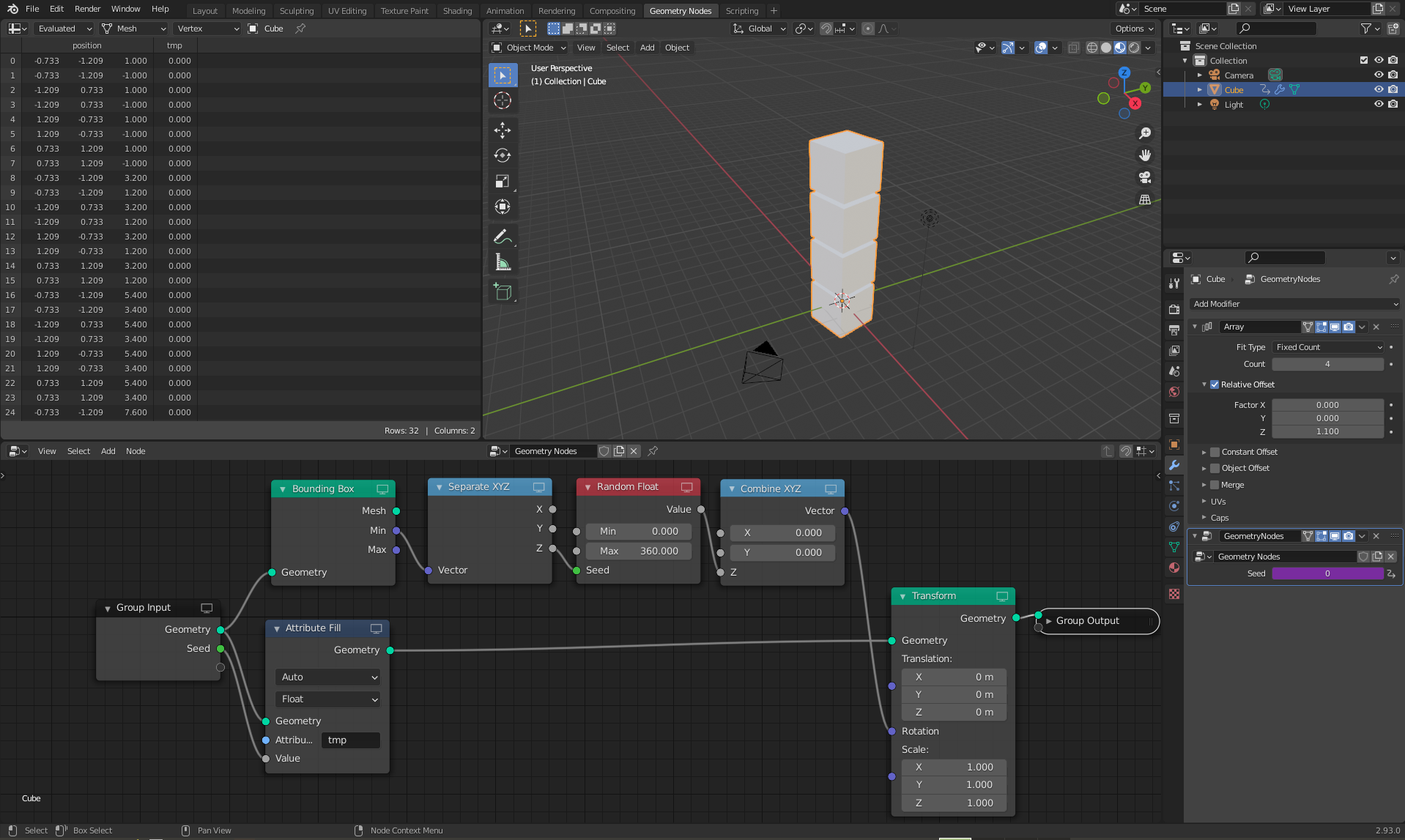 So I am wondering, how to access the array instance index or similar data inside the geometry nodes?

I was able to find a way! There is a mesh primitive node called Line. I can use it as a 1D array. Unfortunately I didn't find a way how to convert a float to an integer to feed its count slot, so I switched to end points combined with resolution.

I can also easily extract the index property from the line vertices, just by using an attribute separate xyz of the vertex z position.

So here is the relevant part of my setup (lower left of the screenshot). The node graph of the tree already grew large as I have quite some variations inside. 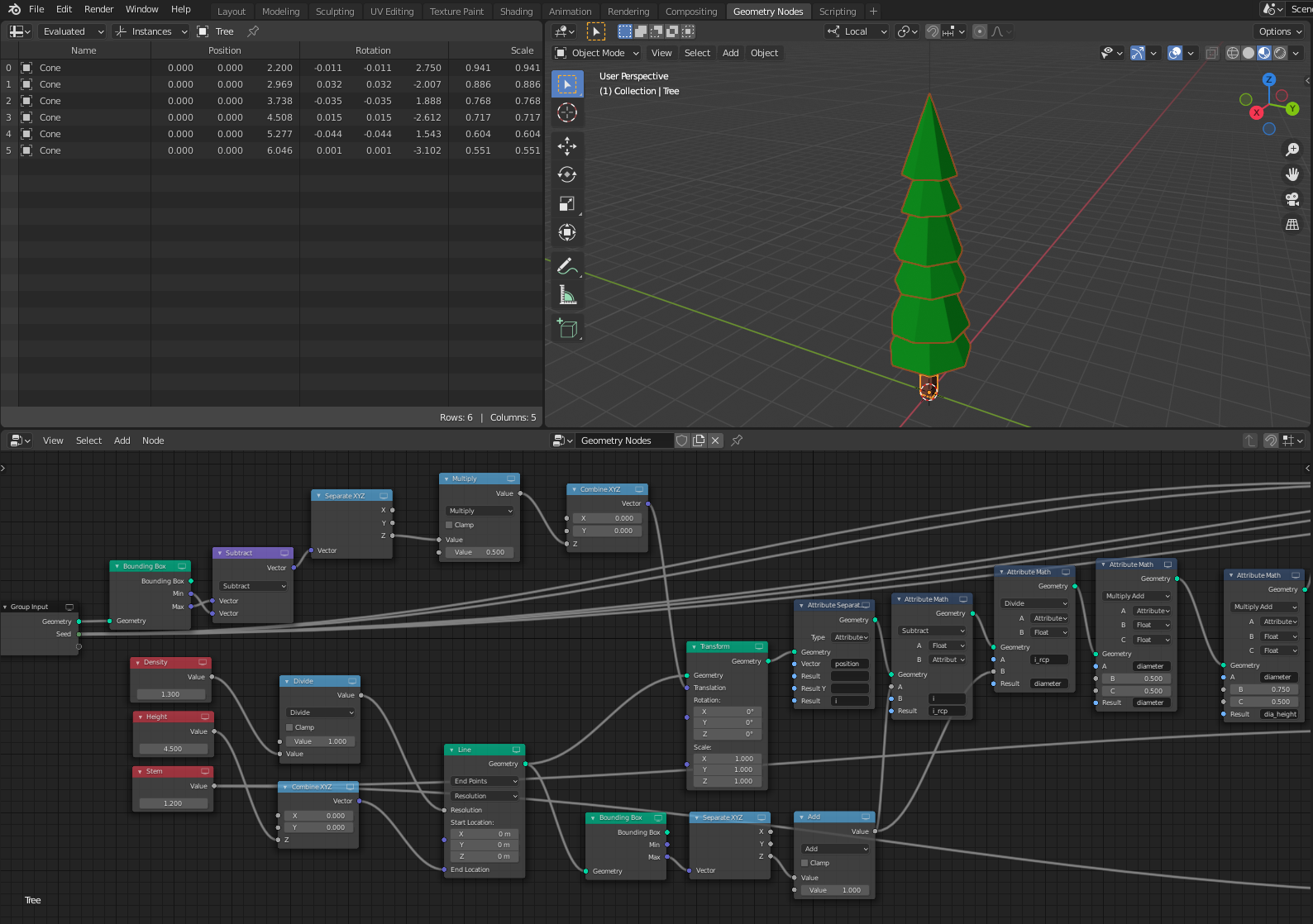 @Isolin's way seems much more in the spirit.. but here goes with a follow-up of @Gorgious' comment. This just gets a random-per-array-element attribute on to all the array-object's vertices. 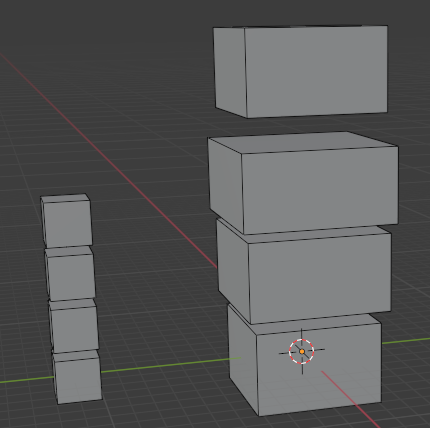 Not the answer you're looking for? Browse other questions tagged modifiers drivers procedural geometry-nodes or ask your own question.

9
How can I get a new random seed for every object using the same geometry nodes?
3
Geometry Nodes - Instancing from Collections
10
How to position random instances one after another with Instance on Points based on the dimensions of the previous Instance WITHOUT OVERLAP? (Fence)
2
How to randomly connect instances with cylinders using Geometry nodes?
3
How to assign a different material color to each geometry nodes instance