So I wanted to parent an empty to a bone, so i can pose/animate the bone without going to pose mode.

is there a way to do this ?

So when i move the empty in object mode, the bone will follow and following with IK 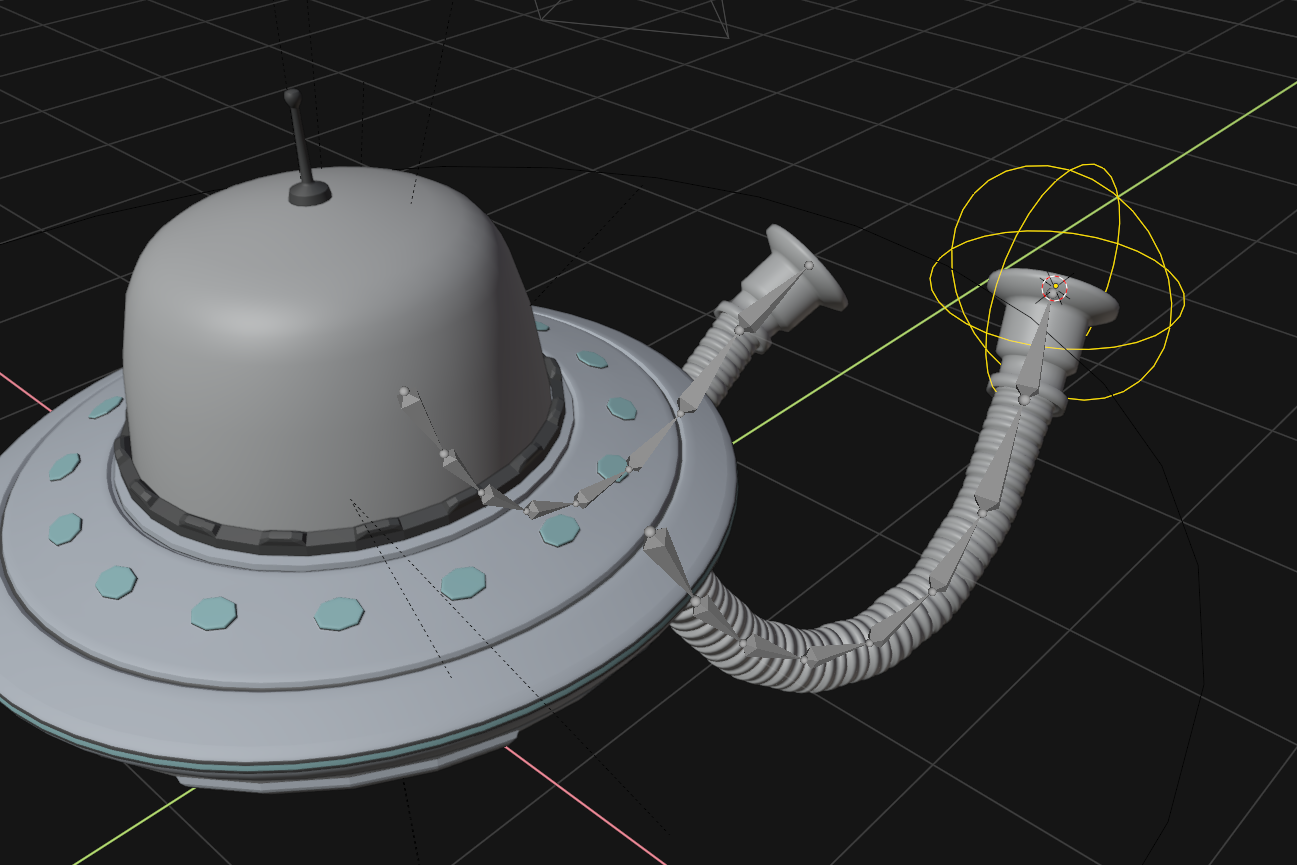 I'd say @ZargulTheWizard has summed it up pretty well. It's a very convenient way to manipulate limbs etc with few if any restrictions.

Everything is IK'd as normal but (as mentioned above in the comments) the target as selected in the IK's "Target" slot is your Empty. Dragging the Empty will force the bone to "look at", (track it), but not be attached to it.

This method allows hands to appear to be holding objects when in fact they're not. They are instead, tracking the object that's being animated, e.g. when throwing a basketball.

Empties for both arms can be parented to the ball (empties = child) so hands not only appear to throw it, but additionally track it momentarily after it's launched.

Because the Empties are external to the rig and therefore independant, they can themselves be parented to the ball but each kept to one side so hands don't penetrate the ball's surfaces.

The Empties can in other instances, be parented to a character's "Master" Nav(igation)-Empty, along with the armature, so all will move as one unit when the Nav-Empty is dragged around the scene and yet still able to similtaneously move arms and legs.

Not the answer you're looking for? Browse other questions tagged animation rigging bones parent or ask your own question.

3
Scale bone in pose mode without affecting child bone?
1
Child object moves and rotates upon parenting to bone
2
Parenting an object to a bone not working
0
Parenting Object to Bone not Working
0
Particle System in Pose Mode not working
1
How to display the motion path of bones in pose mode?