There's a program called fSpy in which you can draw lines on an image, and it will in turn give you a camera position and rotation, however it doesn't seem to work with orthographic images.

I have an image I want to recreate to scale, but it's in a trimetric view, I know all the angles to it, but it requires a lot of math to set up the camera and I don't think I'm able experienced enough to figure it out on my own. I tried eyeballing it, and while I can get close enough, I'd rather get it as close to perfection as I can. Is there some easy math algorithm or software feature that I can use to set up the camera? Thank you.

If you want to match a camera in orthographic view, to cover exact dimensions of an image – here's one way of doing it:

Now the Camera should snugly fit around the exact same proportions as the image! 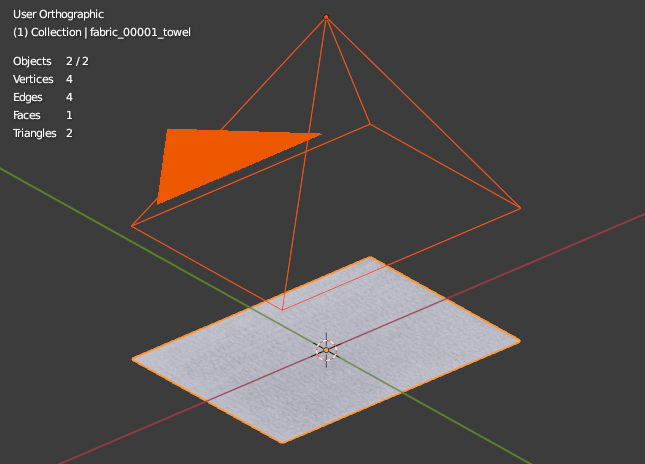 Not the answer you're looking for? Browse other questions tagged camera mathematics orthographic or ask your own question.

5
Re-Centering the Camera view after Shift Drag?
10
Setting camera to position where it can render a seamless repetable orthographic scene
3
how to make camera look through objects from only one side?
3
Blender setup for orthographic image rendering
3
Isometric 30° seems to behave like dimetric 26.6° (Blender 2.8)