Laggy viewport in 2.9 when model has a lot vertices

I an trying to figure out why blender can be super laggy and slow on my high end pc. The lagg only happens with certain objects. probably because it has a lot of vertices (248k). If I go in edit mode, the interface itself is also very slow. It takes several seconds to just change from edge selection to face selection.

I even tried to apply a decimate modifier which reduced the vertices to 24k. But even then there is hard lagg (it is a bit faster though).

To give an idea about what I mean with lagg. It can take up to 5 seconds before I see the result of action. (ex. moving a single vertices/ moving the whole object in object mode)

there are also no modifiers active when this is happening.

I have updated my drivers to the latest version.

Also opened up my project with a factory startup, but the result is the same.

Tried enabling the sampling>simplify option, but I can't see any difference when this option is enabled.

Changing the viewport shading also has no influence on the problem.

Just Found the issue, The post already covers some bullet points to check if you experience lagg. So hopefully this can be useful to others. The problem in my case was the amount of (hidden) models and materials:

This process reduces the filesize of my blend file with ~800mb. It went from 1GB to 170mb. 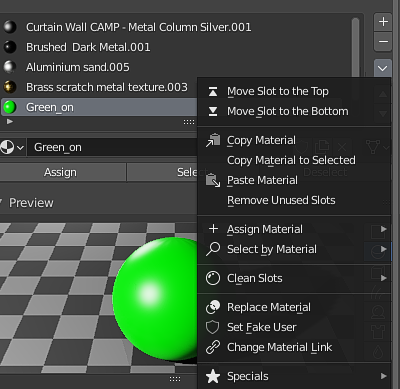 Not the answer you're looking for? Browse other questions tagged performance or ask your own question.

0
Terrible Lag with similar vertice count as project that runs fine
4
How do I merge material slots?

5
How can I improve viewport performance when using Dyntopo?
0
model flickers when I rotate the view
0
Cycles is painfully slow even for the simplest of scenes
1
Viewport performance changes when in camera?
6
Saving blend-files straight to server nets 0.5% speed of a windows file copy, how to fix?
0
Super Laggy when moving vertices, in edit mode, where it shouldn't be laggy