Composite image sequence only using one image in the sequence

I am only getting a single frame of an image sequence used in my Compositor output frames.

I am trying to create a series of images from a single background (static) and an animation (png) sequence. If I use the sequence of "anim 0884.png": 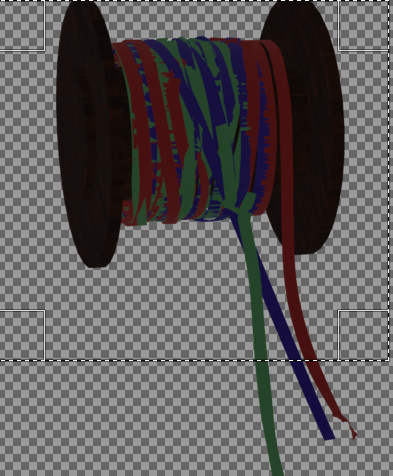 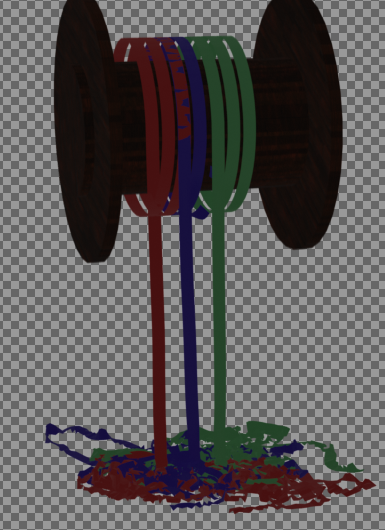 , a file open seems to indicate a sequence "anim ####.png", but only seems to find a single frame (Frames set to '1'), including if I click on the Match Movie Length in the Node Item properties. 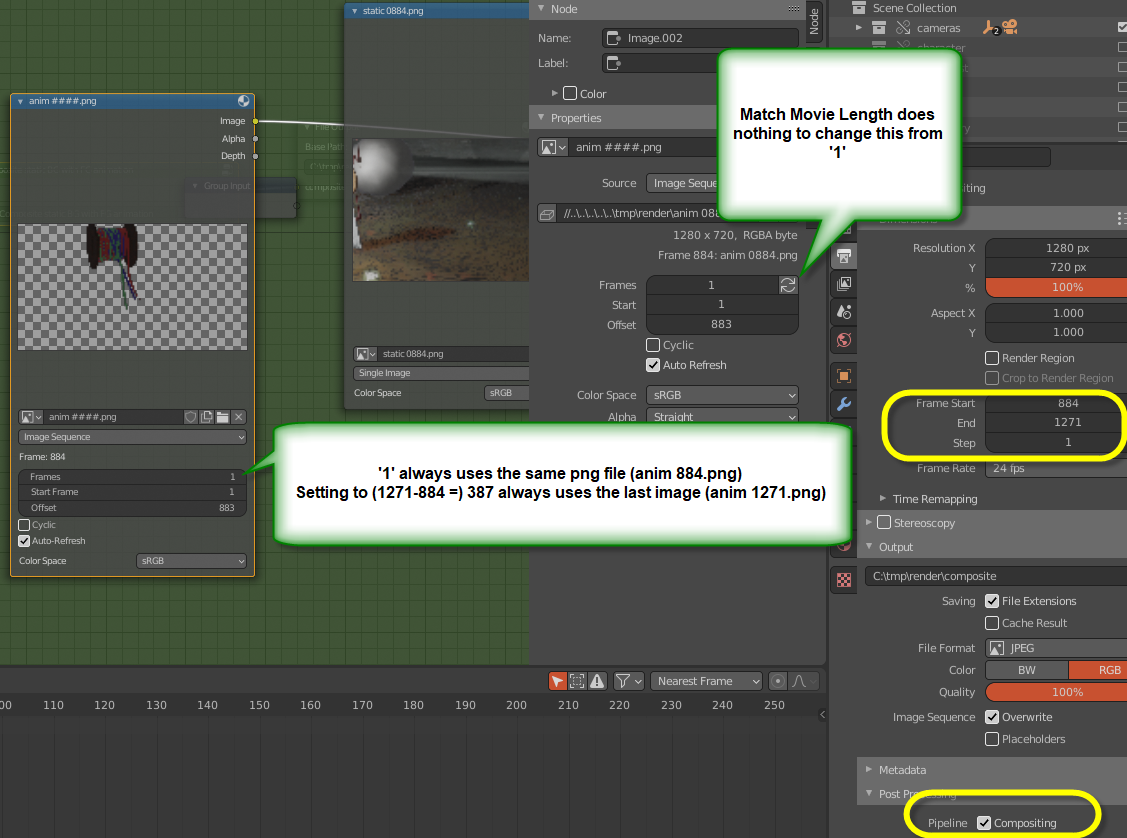 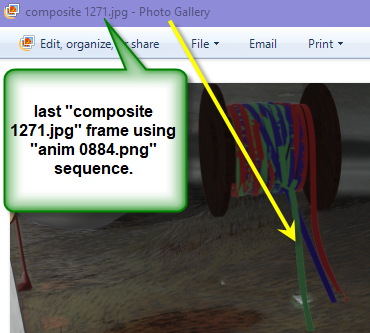 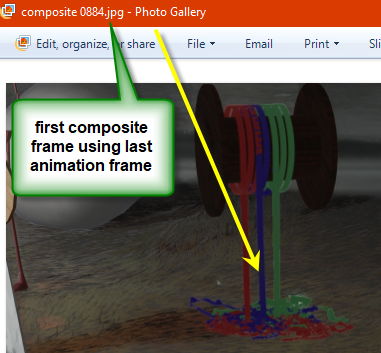 What am I overlooking? I need the composites to start at frame 884 because other animation occurs frames 1-883, that is rendered separately.

UPDATE: I finally found a combination that worked for but it is not at all intuitive, and ... it ONLY works if I run it from the command line (blender -b postRenderCompositing.blend -S Scene.compositing -s 884 -e 1050 -j 10 -a), not with ctrl-F12! 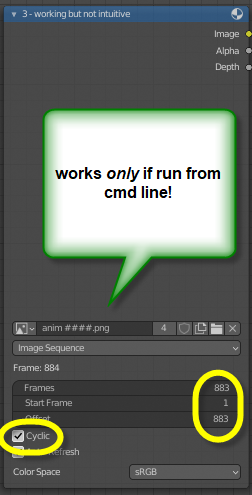 Here is a link to a zip containing the blend file and sample data: https://www.dropbox.com/s/rucw94302txj6ce/postRenderCompositing.zip?dl=0

EDIT: The settings in the Image Sequence node are a bit different then I epxlained before - my answer only worked because I tested it with an image sequence starting at frame #1 - while yours beings with #884. So here's how it all works together:

What the three values Frames, Start Frame and Offset do is the following:

So, in order to make this work you must either render the animation from frame 884 to 1271 and make Blender believe you have 1271 images starting at frame 1, set

in the Image Sequence node. This will render on each frame the image with the same number as the frame. So image#0001 on frame 1, image#0002 on frame 2 etc. Since your image sequence starts at #0884, the frames 1-883 will stay empty and the frames will start getting rendered at frame 884. If you would have set Frames to 388, then Blender will stay at image#0388 until the end of the animation which is not what you want (because there is no image#0388).

Or the better and more correct way would be, you render your animation from 884 to 1271 and set the following values in the Image Sequence node:

This way you can set the actual number of images your sequence has, and Start Frame tells Blender on which frame you want to render the first image of your sequence. Since the first image is usually #0001, you have to enter the Offset to tell Blender you don't want to begin with image #0001, but with 1+883 i.e. image#0884.

Whatever the range of your animation might be, let's say you want an animation starting at frame 1 and ending at frame 3000 - that's not really relevant for the Image Sequence node. You can render frames 1-3000, and if you want your image sequence to begin at frame 100, then set Start Frame = 100. Blender assumes you want image#0001 on frame 100, so you need the Offset = 883 to correct that.

1
While compositing, RenderLayer doesn't move with time
14
How can I use the compositor on the result of the sequencer?
6
preview image sequence composite