Cut a hole in a cylindrical subsurf without losing overall shape?

I'm working on a model that is based on a cylinder and I have given it shape using a bevel and a subsurf modifier: 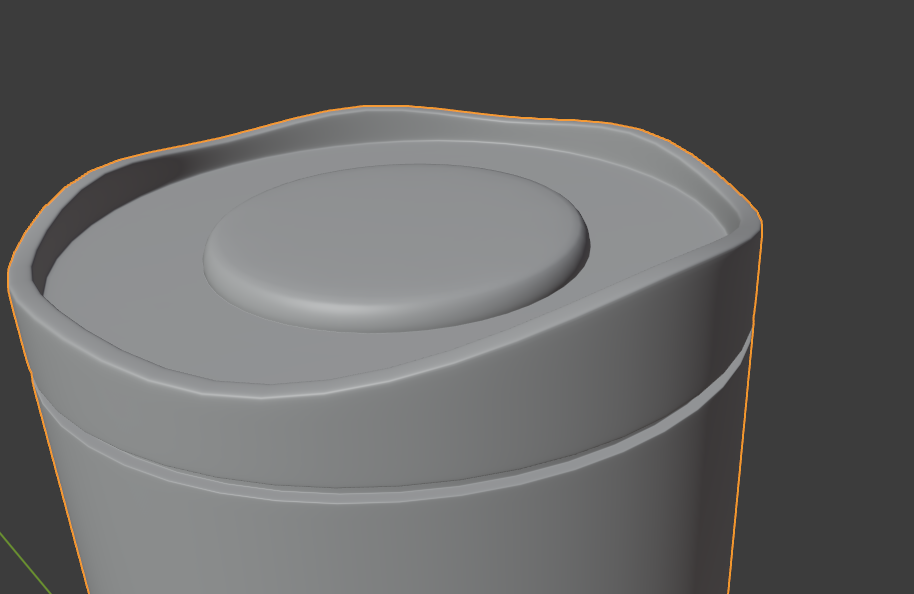 Based on the edited low-poly cylinder structure: 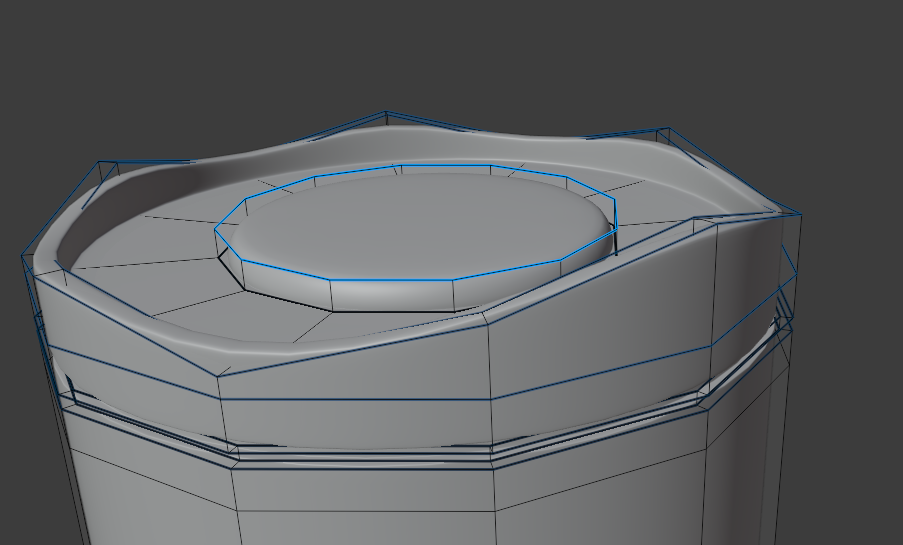 I want to cut some holes on the offset at the top of the cylinder which I made using an inset face and extruding the result, I have tried making the holes by making some inset faces on both sides of the extrusion, cutting the faces, and bridging the openings on the low-poly mesh and then applying bevel weight to keep the shape of the hole but this makes the section of the subsurf come forward due to the new geometry: 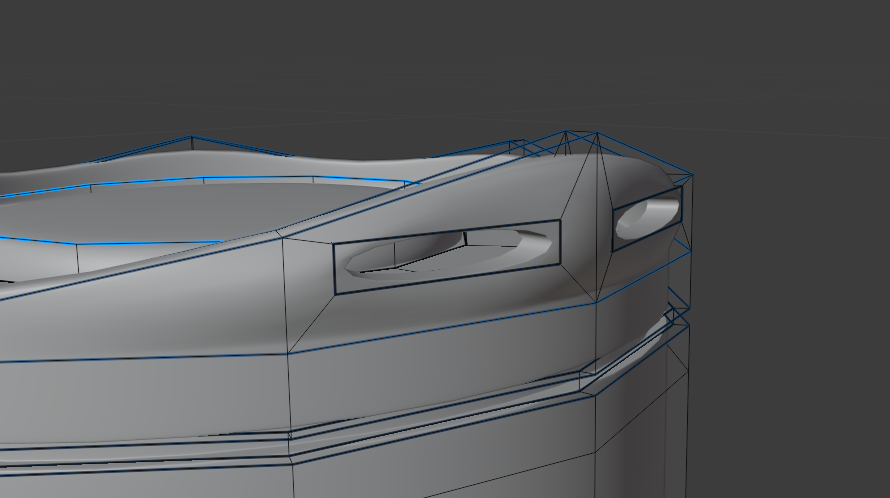 I have also tried adding a boolean modifier after subsurf but this breaks the topology and the smoothness: 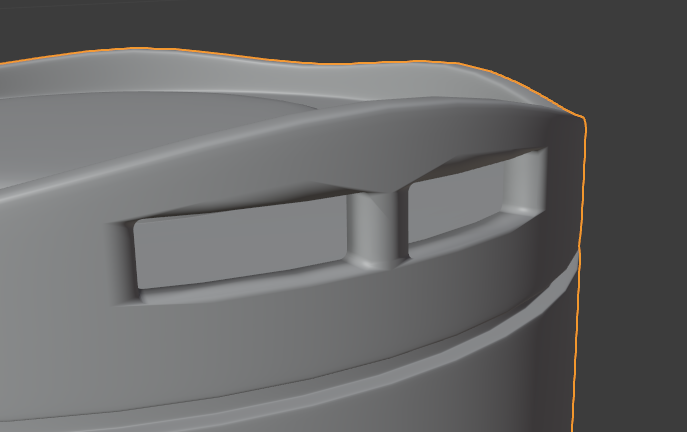 This looks the closest to what I want to do, but the resulting normals would cause trouble when trying to use the model on software like Substance Painter to generate mesh maps for a low-poly version.

Is there some way to make the holes in a non-destructive way while keeping the cylinder's surface plain and smooth?

modeling subdivision-surface
Share
Improve this question
asked May 22, 2021 at 16:32 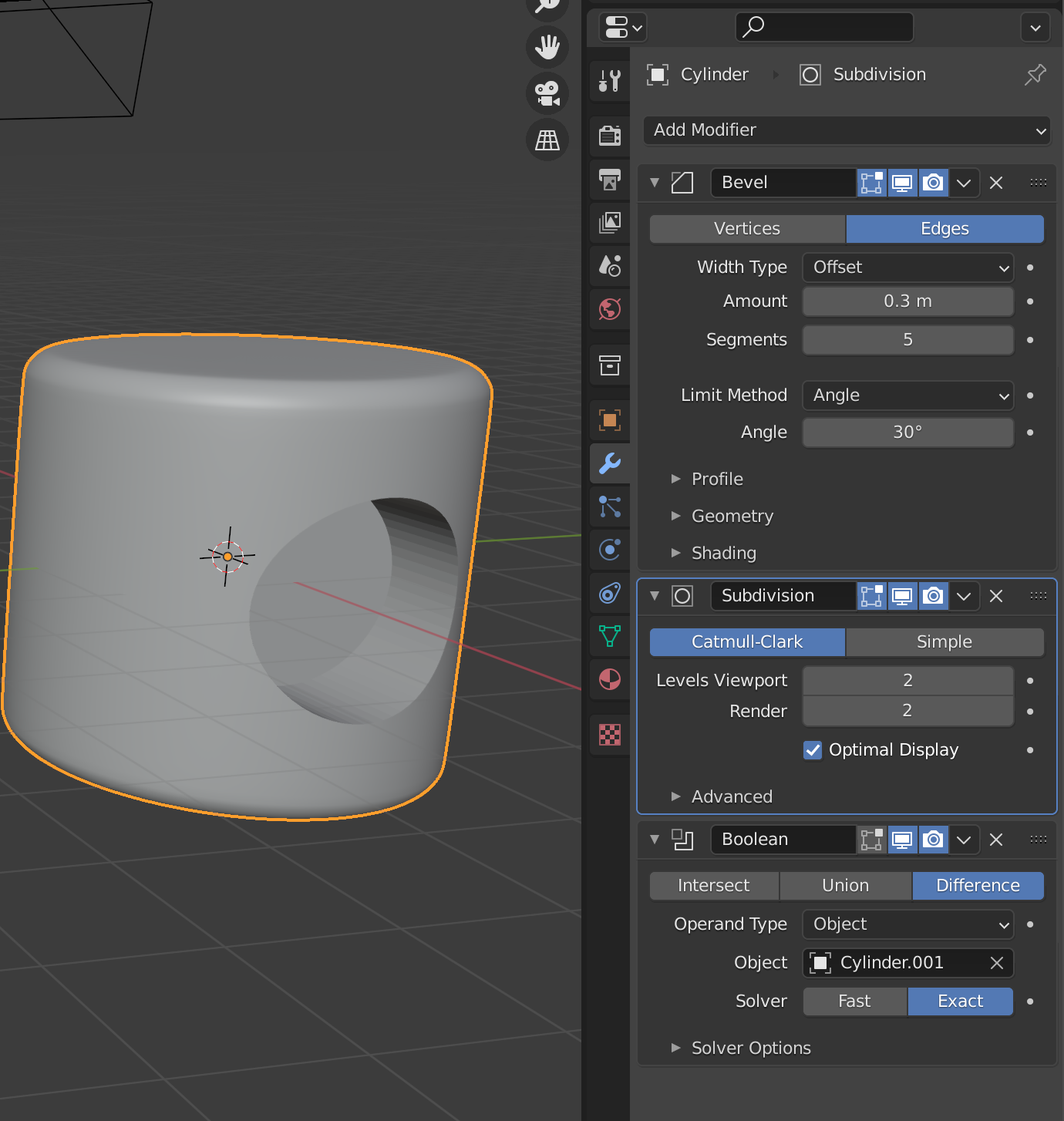 Ok, I agree with the previous reply, the person who posted it is quite experienced. However, here is another way of creating the same type of model.

In this version I delete the faces I want as the holes first, and then model the shape of the rim and the lid. I just keep on adding edge loops to control the shape of the object and add details. I can use the bevel tool, instead of the bevel modifier to add some edge loops. At the end, I don't need the boolean, I let the subsurface modifier do the work.

0
Applied a subdivision modifier and imported in Substance Painter 2, the result is horrible
2
Workflow for modeling assets like this (picture included)
2
How to get rid of subsurf overhangs?
1
Round of a half cut cylinder with subsurf
3
(Beginner) How do i achieve these results?
3
Weird deformation with subdivision surface