I've added a torus and and then a cylinder to the middle of it and tried to delete the cylinder from the torus, but instead of deleting the vertices within the cylinder object, it just makes a cut through the torus.

I've tried recalculating the normals of both objects to be outside and then inside (same for each). I've deleted loose vertices (there shouldn't have been any, but the torus had a few).

I tried triangulating the large faces on the top and bottom of the cylinder.

I've made sure the cylinder overlaps the torus in the z direction by a lot.

I haven't modified either object in any way other than through their numeric parameters (scale, dimensions, etc).

Any insight as to why these two basic meshes created by Blender itself won't boolean difference? 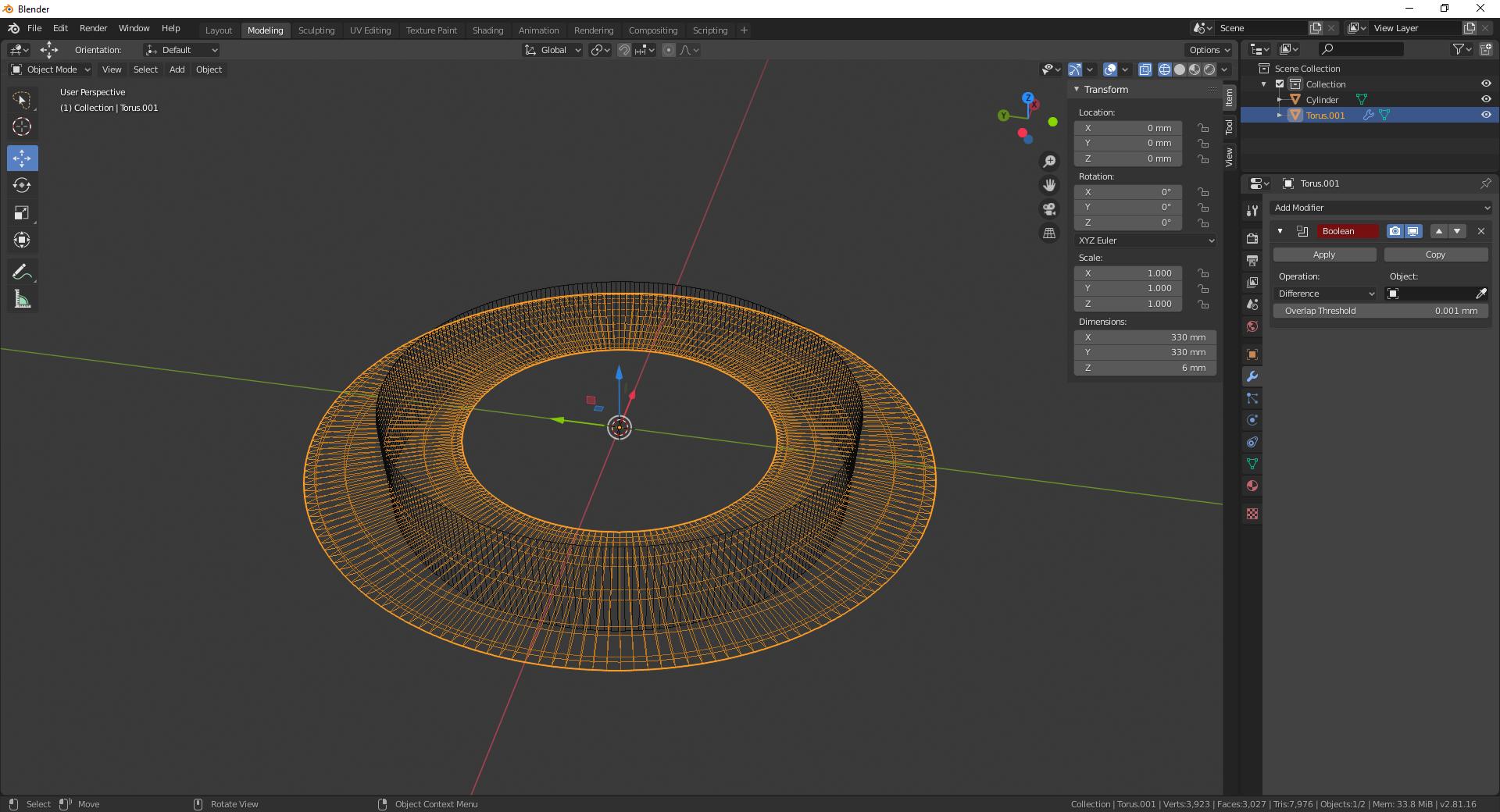 I've tried it with the default torus and default cylinder and got the same problem. I resolved this with several methods: moving the cylinder just a little off the center or scaling it up or down just a little. I guess the cylinder cuts exactly through the vertices of the torus and maybe Blender has some issues calculating it correctly. Also adding a Subdivision Surface modifier. Nearly everything helps except for keeping it at default.

EDIT: Well it doesn't cut exactly through the vertices becauses the objects have different resolutions. But still the edges overlap each other... I guess that's why. And just for clarification: I only have this problem in Blender 2.83.5, not in 2.92.0 or 2.93.0 Beta.

0
Boolean difference not working
0
How to trim the jagged edges off of this solid
0
Boolean Intersect/Difference Only Uses Edges
2
Import human from MakeHuman has modifier which has (robe, hair and penis) which should not be there
5
Connecting cylindrical hallways cleanly