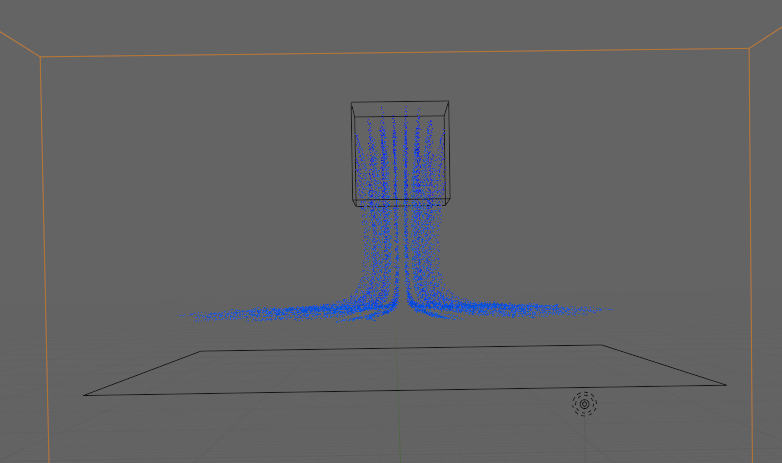 No, it's not newbie-friendly ;) I was about to write an elaborate answer, but most of the things are quite easy to find out by testing some settings. If you enter a Surface Thickness value (greater than the domain's resolution), you won't need to check Is Planar to make the plane "detectable". If you enable Is Planar it even works with a Surface Thickness of 0.

However, the distance between the fluid and the plane is dependent on both, the domain's resolution and the Surface Thickness (if > 0). Which means the fluid floats above the surface no matter if the thickness is equal or greater than 0. Thickness will not be added on either top or bottom but around the plane. If you rotate it by 90° so it stands vertical, fluid will keep a distance on both sides (and even on the top edge). By the way: using Is Planar and Surface Thickness will result in even larger gaps than using only one of these options.

Since a plane has a thickness of 0 but all settings to make it affect the fluid will result in strange looking invisible borders, it is best to really use a cuboid with a real thickness instead of a plane. And this thickness should at least be slightly larger than the domain's resolution to work properly.

Here's just a few comparisons between using Is Planar or Surface Thickness and the influence of two domain resolutions, 32 and 64 - which are both quite low for a good simulation. On the left side the plane is horizontal, on the right it's vertical (gosh, now it's an elaborate answer after all): 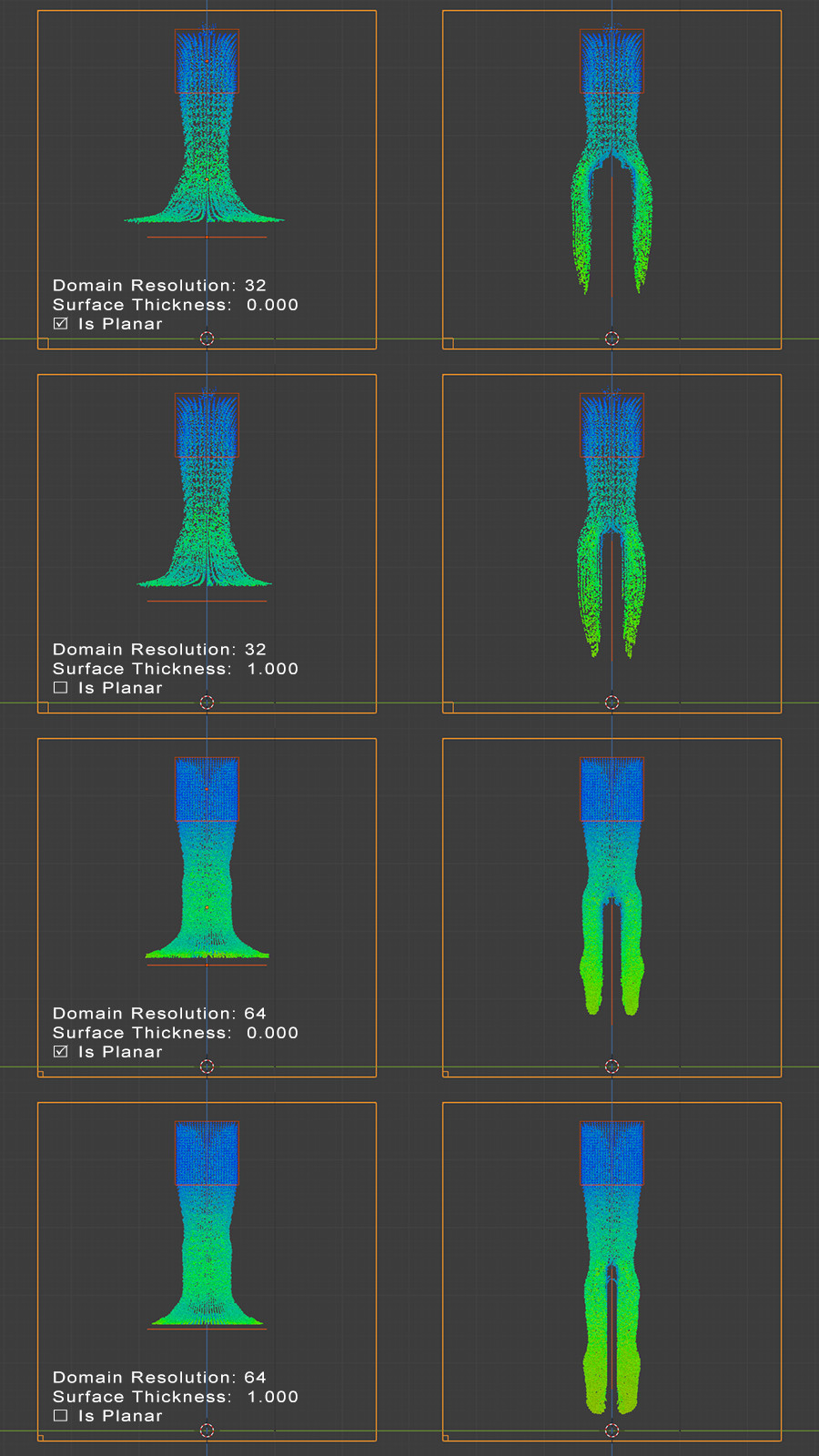