Compressional wave in a cube

I want to see the propagation of a compressional wave in a cube. I meshed a cube along Y and just added wave in this same direction as follows: 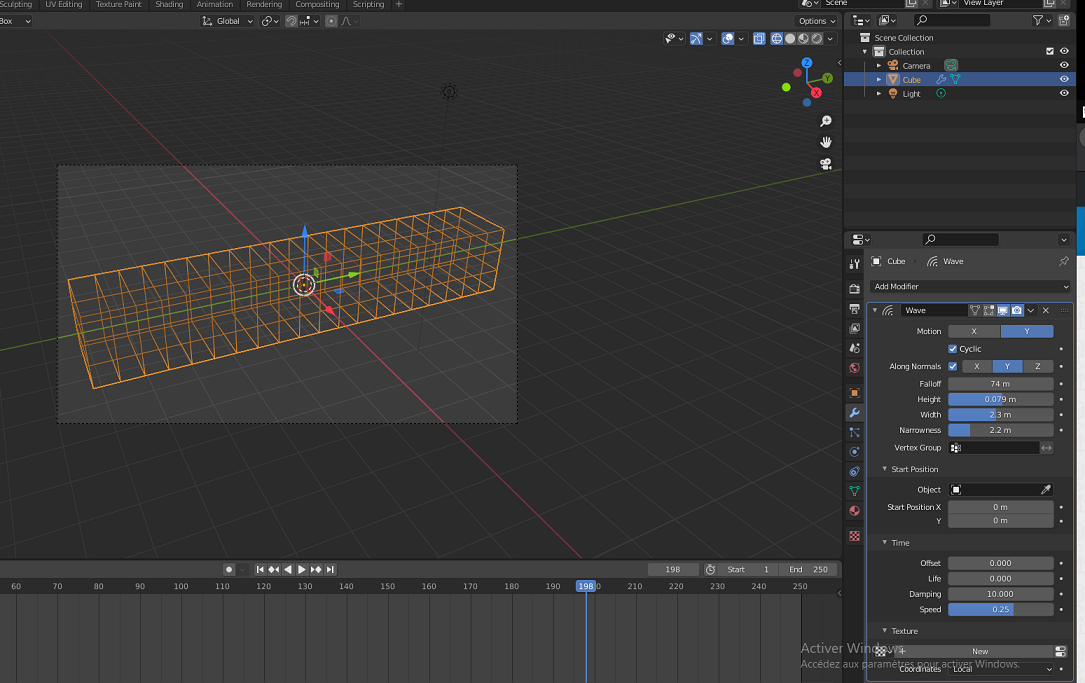 But only the first and the last Y normal surfaces move while the rest of the cube remains completely still. How do you get all the surfaces to move to illustrate the propagation of a compression/dilatation wave through the cube?

For illustration, you could pass an Empty down the length of the cube, create a vertex group in the cube, (say, 'Prox',) and give the cube a Vertex Weight Proximity modifier, modifying the weights in the group by the proximity of the Empty.

Here, we see the Vertex Weight Proximity modifier, affecting the 'Prox' group, targeted on the plain-axis Empty, and the consequent weights (made visible in the 'Overlay' settings,in Edit Mode).

Those weights can then be used to control other modifiers. For longitudinal compression, you could parent a plane to the Empty, and give the cube a Shrinkwrap modifier, projected in + and - of the length-axis (mine is X) towards the plane, weighted by the 'Prox' group:

If, for example, you wanted a leading compression front, rather than contraction on both sides of the plane, you could get the shrinkwrap to project on one side only.

This, though, is as shown:

For transverse compression, you could use a Displace (along normals) modifier instead of the shrinkwrap.. no need for the plane:

If you needed something more mathematically exact, I'm sure there will be a Geometry Nodes solution. For that, maybe you could provide your wave function.

A warp modifier is a nice way to do this: 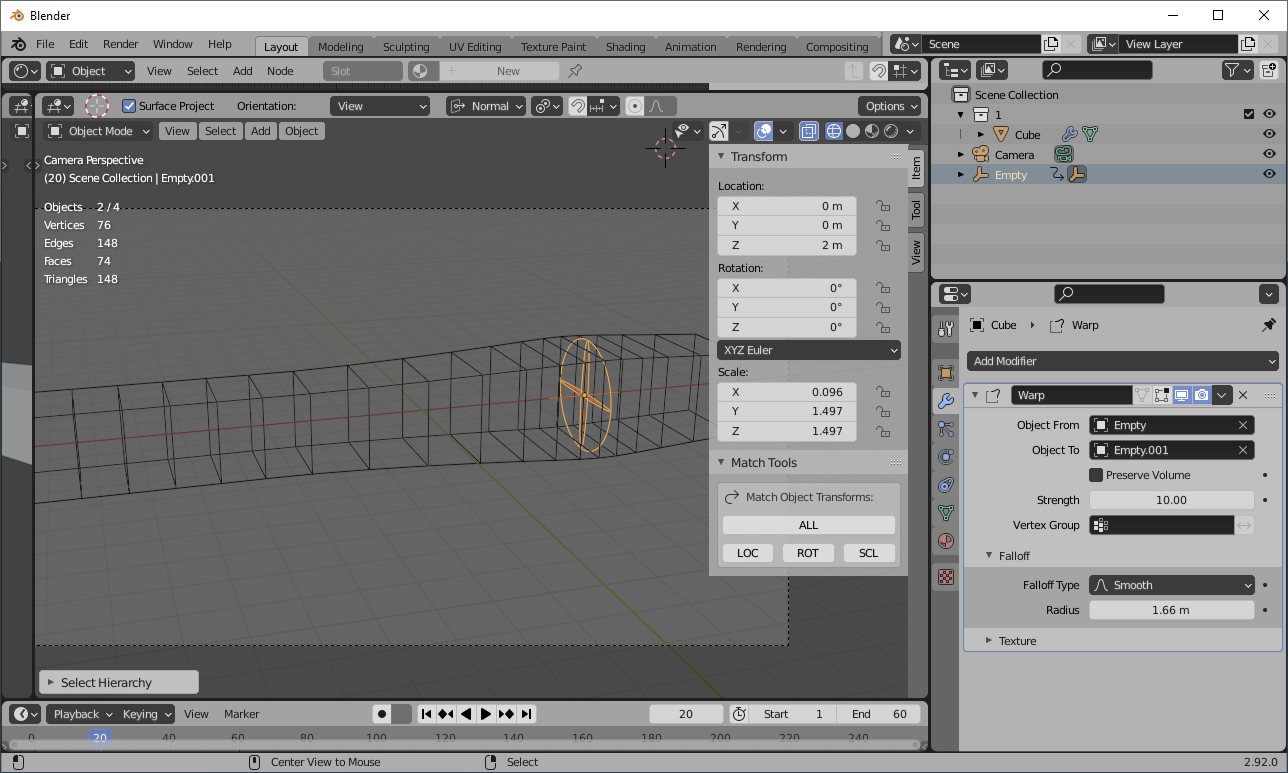 To add to the very functional answers already here, I would use a Lattice modifier with a moving Lattice object.

Not the answer you're looking for? Browse other questions tagged animation mesh modifiers physics compression or ask your own question.

1
animate Scaling part of an object driven by another object